An interview with Scotland’s premier popular international publishing author Alexander McCall Smith, which happened back in March 2014 in Australia was both erudite and enlightening

Talking to presenter of the ABC program One Plus One Jane Hutcheon, McCall Smith provided very succinct observations on and about the tough society he grew up in Rhodesia, its development since and what it meant for contemporary society.

He observed that freeing up his own voice about the reality of his life only happened as he gradually developed his writing abilities.

This he said was very liberating, allowing him to feel he could be ‘authentic’ at last. Today he puts a ‘positive spin on life’, his feelings about being optimistic expressed so eloquently.

He noted his book the Number One Ladies Detective Agency set in Botswana, which sold in excess of 20 million copies worldwide, was all about ‘searching for hope even when there’s despair’.

His comments I would suggest many people would respond to right now following recent shocking events with atrocities carried out both here and abroad by adults whose principles and ideologies have become completely skewed, out of all control and way beyond compassion. It seems hard to know where and when a new beginning might take place; when will society say enough is enough, show its disapproval and open itself up to new ideas and associations.

The eighteenth century enlightenment was ‘riven by conflict between its reformist and radical variants’ says Matthew Taylor of the RSA, London, and it made us who we are today.

However it did not have a start or finish. It gained momentum gradually to come to its first pinnacle in the late eighteen and early nineteenth century, which as German philosopher Immanuel Kant (1724-1804) noted was the period when ‘humanity emerged into adulthood’. 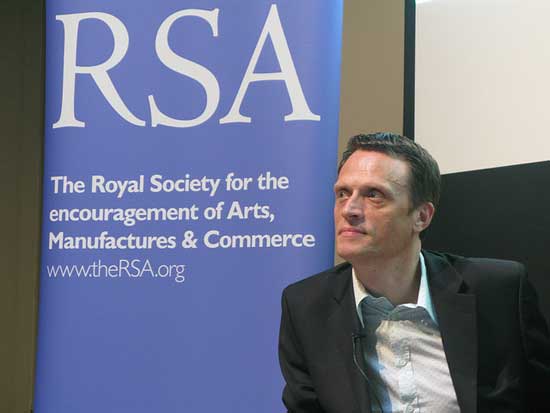 How do we achieve the benefits of economic growth… deal with the contrast between powerful global forces of commerce, migration, crime and conflict and the as yet weak global public sphere of civil society and governance?

How do we manage risk and shape progress to human ends when science, technology and commerce are so complex and fast moving?

Today trust love and hope are three words often bandied about, but do we pause enough to reflect on what they really mean and how their misuse can, and will impact on others?

To my mind at least they are are not words to be used lightly or flippantly, but with care and consideration, as well as reverently and advisedly.

Having an ability to affect people’s emotions and truly change how people perceive the world is a huge responsibility, especially for those in all aspects of media.

McCall Smith noted it was worrying in today’s terms of entertainment, we seem to want ‘constant confrontation and in your face aggression’ as the ‘standard diet of entertainment’.

For those watching the political party meltdown in Australia in August 2018, this must be particularly poignant. He suggested this would the main ingredient in a recipe for society becoming jaded, especially after enjoying a certain amount of prosperity. He also believed it would also lead to young people often misunderstanding their purpose in life. Added to this conditions that alienate people in society such as being out of work, without a seeming role in society their skills will allow, is often a reality just too hard to bear?

The result; so many people he suggested, are unable to see a role for themselves going forward. These conditions can and will lead to the break down of goals as people become alienated from those in control. It could also lead to violent outcomes.

So how did Alexander McCall Smith and the society I was brought up in handle going forward after the war to end all wars? Following World War II enjoying a good life was certainly the universal aim of the ‘lost’ and ‘boomer’ generations’, who were either still small during the conflict or born in the decade afterward.

Growing up without living in the shadow of an age of depression or a defining war experience was an extraordinary feeling. In many ways it is impossible to explain adequately, except to say there were decades of elation, liberation and optimism.

When we won the war against Hitler’s ideologies, optimism had a large boost to its momentum.

Especially during 1969, the year after my first son was born. This happened through of all things a song, which acted as a trigger for change.

The ‘Age of Aquarius’, which scientists have always disagreed when the date was, or would be, became a worldwide hit as people let down their ‘Hair’. They began reaching forward towards a better future, one they would pass down to their children full of hope, certainly not one of despair.

Performed as part of a stage musical, the song was about a group of people, who thought they were pretty ‘hip’, raging against traditional societal mores, while trying to find a balance between romanticism and reality. They were deadly earnest about making love not war. This defining group and their attitudes rejected conventions for all new convictions.

Today those same people are integral to our ageing population (70+). If they now share their experiences with those who have embraced the idea education is a continuum for life, it may help them to understand how much the world has changed.

They had not experienced war first hand, as had their parents and grandparents and so it made for a very different outlook. Detail: Dying Warrior, taken down from the east pediment of the temple of the goddess of wisdom and warfare and the patron Goddess of Athens, Athena Aphaia on Aegina

World War II was far behind them and despite the Vietnam War raging in the east, with young fighting men in Australia chosen by lottery to go and fight. The majority of people suspended reality about the ongoing conflict and its effect on those who fought in it for a very long time.

The main point seems to be that it was happening not in the west, but in Asia. The mysterious east was just that and remained that way for a very long time. For many the reasons didn’t seek to try to understand why. As always, eventually economic reasons helped to gradually break down barriers, improving some relationships while hurting others. Alan Turing (Benedict Cumberbatch), The Imitation Game, the birth of the modern computer

For centuries the focus had been on Europe with its values and ideals of western philosophy and theology which were now held up to even more intense scrutiny. This came about because of the technologies developed during World War II, which opened up lines of communications globally quickly, helping to break through old barriers.

Walls crumbled and fell as it also brought to light ideas of a global society, one that must learn to live in harmony The resultant age of the computer it was hoped would help expand communication between people of all races and cultures.

It certainly offered a new avenue for factual research, as well as the spread of misinformation, and so getting the balance right became a whole new challenge. The words of one verse of the Age of Aquarius had said … harmony and understanding, sympathy and trust abounding, no more falsehoods or derisions, golden living dreams of visions. These were words that truly meant something. They were based on an idea humankind had perhaps finally reached that age where the love, light and our humanity placed an emphasis on trust, love and hope as being the most important societal concerns.

People were not requiring ‘technical accuracy’ but instead were wishing, or hoping perhaps a fully blown 21st century enlightenment had arrived early.

For those around in 1969 and still are, they are probably at that point where they are reflecting now on not only how ambitious their aims were, but also re-examining what society’s concerns were and how they have changed as they endeavour to make sense of contemporary society. They have perhaps reached a point where despite many of the foreseen battles having been won, they have discovered the war against humanity is still raging on a whole new field of play much harder to understand.

These people were after all a new generation who interestingly seemed to have at least tried to think outside the box in many fields of endeavour and well beyond the square to innovate and invent the future.

More perhaps than they have been given credit for and perhaps certainly more than the current generation will be capable of, at least according to current social commentators. 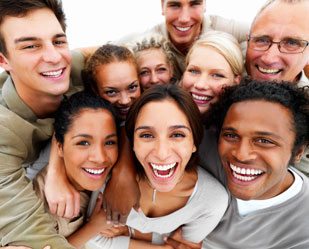 But is that accurate?

Every time I meet young people today I am more than often delighted and given great hope by their seeming grasp on reality and abilities to face challenges in their technically savvy contemporary world.

Sure they will make mistakes, but without going one step forward, a few back, five forward, and one back, we don’t ever progress well as an individual or collectively as a society.

We are meant to learn from the mistakes we make, and despite our failures,  continue to pick ourselves up and keep going forward. This is progress. It is productive not destructive.

Some people do learn, some people don’t and that’s a reality too. How we deal with the ones that don’t is the challenge.

It certainly means those who do will have to support those unable to surmount the many obstacles in the way, which more than often have only been formed in their minds.

Transforming behavioural change is an enormous task and keeping that beacon of hope raised high can seem impossible at times.

In every age good models give birth to ideas by exciting the imagination.

Will the ideas and values that changed our world so dramatically in the last two centuries be sufficient to find solutions to the challenges we face now?

Innovation and invention are at the heart and soul of western society so in the here and now are we up to the challenge? Trust, love, hope, a kind heart and a good soul are certainly some of the qualities required and French painter Louise Élizabeth Vigée Lebrun (1755 – 1842) had these in abundance in her days of enlightenment. 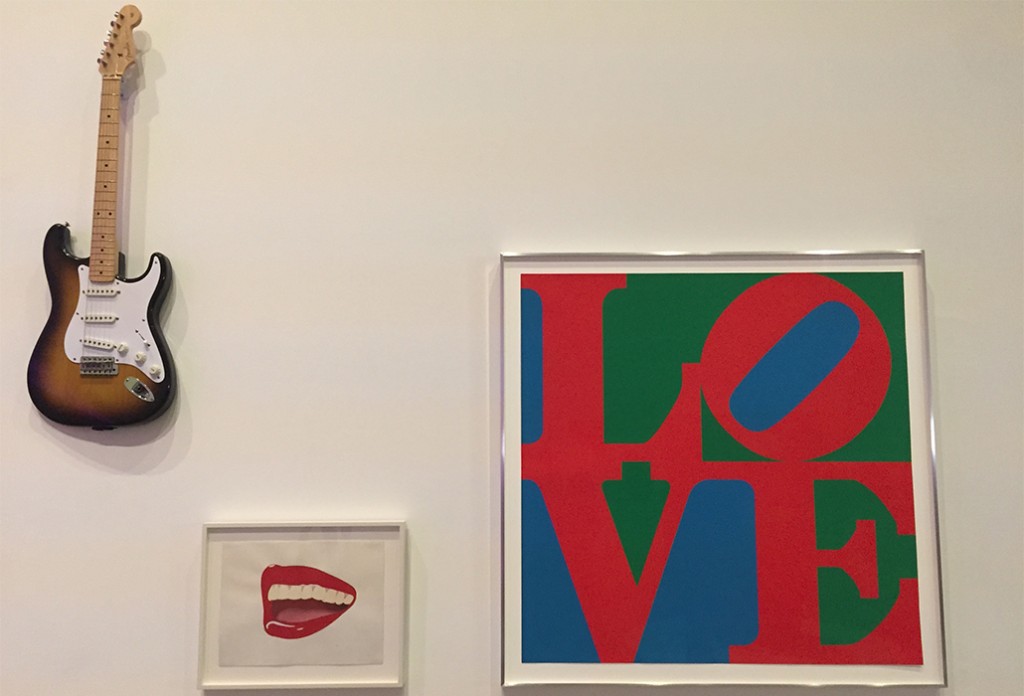 Along with romance today they still remain essential ingredients in a menu of realistic goals we need to set before we begin to reach for them.

…we make history by reinventing everything eternal in our past… think, believe, dream, dare – who said that?

Watch One Plus One Interview with Alex McCall Smith

Melbourne Theatre Company presents Ladies in Black, set in a 50’s department store with a focus on fashion and frocks, it’s a sparkling musical by Carolyn Burns