“Leonardo da Vinci was like a man who awoke too early in the darkness, while the others were all still asleep” * 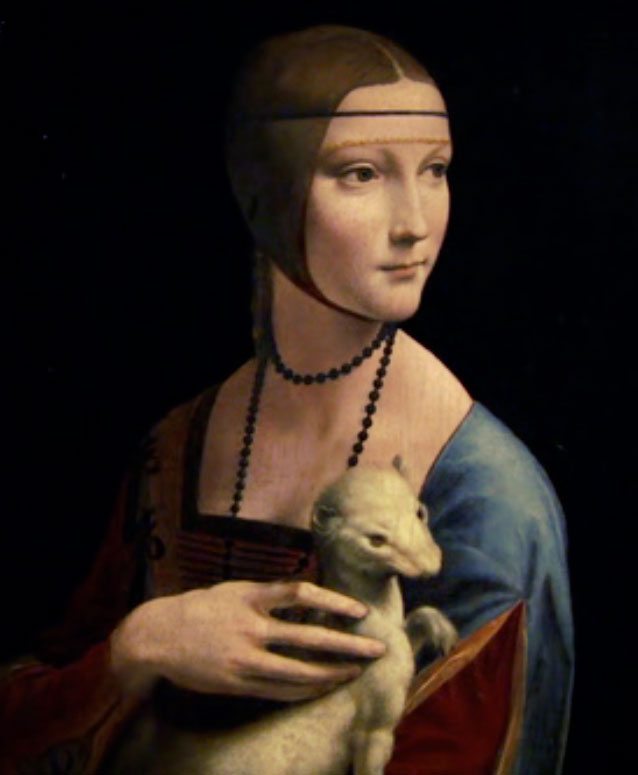 The greatest artist of the Renaissance era in Italy, and perhaps the most famous painter the world has ever seen was Leonardo da Vinci (1452-1519). Most people would understand today that he was truly a genius as believed by those in his own time including Francois 1 of France who provided him with work and a home in the last years of his life. Da Vinci was brilliant, curious and created a new idea of beauty, one that was all at once subtle, enigmatic and completely captivating. His skill and craftsmanship were without peer.

Considering how few of his paintings remain, about fifteen in all scattered around the world, his reputation and fame has been established based on drawings and sketches made for details in his paintings, of nature and for his inventions, which were truly miraculous in his time. They prove both his vision and insight.

An exhibition at the National Gallery of London in February 2012 concentrated on work produced during the period of da Vinci’s life spent in Milan when Ludovico Sforza sponsored him (1482 – 1499). This is the only time the majority of his finest painting works have been brought together to put on show, and probably the last time it will ever happen, because moving them is dangerous, difficult and costly. As would be expected the Mona Lisa at Paris and the original fresco of the Last Supper at Milan are not included.

This was also the first time Da Vinci’s work has been on show with a focus on paintings supported by studies and sketches. They revealed his supreme ability to render in paint images that draw us in, hold us and never let us go. The ‘Lady with an Ermine’ painted about 1489 – 1490, is very special and was on loan from the National Museum of Cracow in Poland. The subject 15 year old Cecilia Gallerani (1473-1536) was the mistress of Leonardo’s patron Ludovico Sforza.

She is caught in a pose clutching to her breast an ermine, which was a symbol of purity and moderation and an emblem for pregnancy and childbirth. 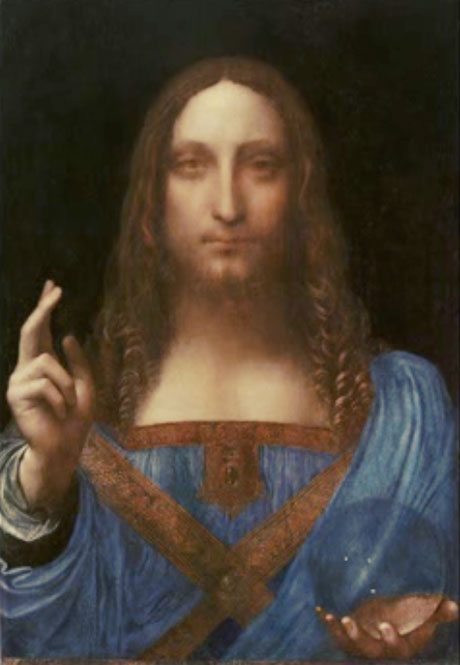 Her lovely face is caught in an enigmatic gaze in a portrait, which is all about power and sex. Her beauty is unmistakable, flawless in many ways, while still subtle and completely alluring. The hands gently caressing the ermine are superbly rendered, their tiny veins, tendons, bones and muscles visible in close up.

Painted in the all-new oil paints, the colours too are important. The blue is ultramarine, the most expensive pigment made from grinding up the semi-precious stone lapis lazuli, which was shipped to Europe from Afghanistan.

Supreme among the works on show was the recently found and restored da Vinci lost treasure Salvator Mundi, Christ as Saviour of the World.  Its story is amazing. Dianne Modestini an art restorer, together with dealer and art historian Robert Simon in New York, discovered it. They were given the job of bringing back to life what was thought to be a copy of a painting lost for centuries. You can imagine their excitement when it was finally authenticated as a Da Vinci. These days a great deal of technology can be employed to examine a work such as this, to ensure that it is genuine. All the experts, having looked at the evidence gathered and the restored work itself were completely convinced.

The work had been known about for a long time from drapery study sketches currently in the English Royal Collection. X rays have revealed that Leonardo changed the position of the thumb, one of the pieces of evidence that led to its being declared original.

One can only imagine the reaction of the owners when the copy, which last sold for 45 pounds in 1958, suddenly became worth in the vicinity of 125 million pounds. It is an engaging and powerful image whose spiritual quality shines out, much like the enigmatic smile of Leonardo’s most famous work the Mona Lisa, whose slight hint of a smile has intrigued millions.

The rendering of the rock crystal ball in Christ’s left hand is breathtaking.

Leonardo da Vinci was a true Renaissance man, one whose thirst for knowledge was only exceeded by his desire for more. He was a painter, sculptor, architect, musician, engineer, inventor, and scientist and eloquently answered the question was painting a science in his treatise on Painting the Codex Urbinas Latinus published in 1270.

At the heart of his understanding of the material world art and science were joined. Man’s eyes were not only the windows to the soul but also to the universe beyond one in which the image became greater than the word; the visual joy of nature reflected exultantly through the painter’s joy of capturing it. He insisted on representing emotion, for him a painter had to note the real thing, real anger, real laughter, and real pain. Da Vinci believed emotions needed to reflect the nature of man’s inner impulses, while his attitude needed to demonstrate his real intent. 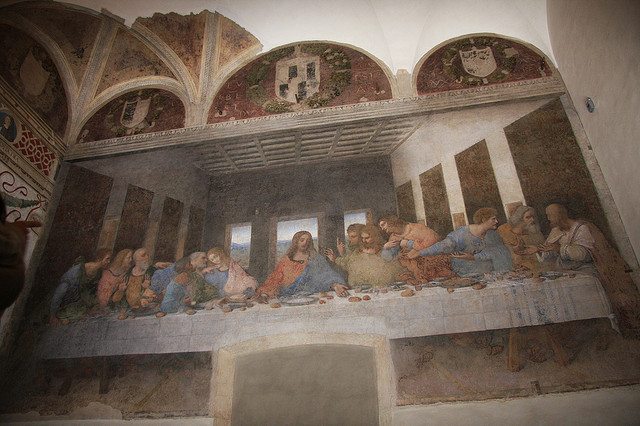 His famous Last Supper Fresco at Milan is today in poor condition with only 20% of its original paint showing.

Many however do not know that their is an exact contemporary copy on canvas, thought to be rendered by a pupil of Leonardo. It is attributed to Giovan Pietro Rizzoli, called Giampietrino ca 1495-1549 or, Marco D’Oggiono ca 1467 – 1524.

Thought to have been painted around 1515, it usually hangs in one of England’s sacred destinations, Magdalen College (pronounced “Maudlin)  at Oxford in the ante-chapel on loan from The Royal Academy.

Wonderfully, it provides us with a great sense of what the faded original looked like.

Also on display were pages from his notebooks that reveal the painstaking lengths he went to record the proportions of the arm, the exact make-up of the skull and studies of the human nervous system, all of which helped his work.

Leonardo was also foremost among the Italian flower illustrators, whose interest can genuinely be called scientific. 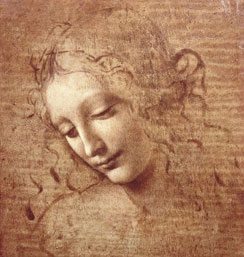 The earliest surviving plant studies record ‘many flowers copied from nature’ and mentioned in his list of works from c1482. As catalogues of medicinal plants were created in the sixteenth century a need arose for exacting drawings. Leonardo’s hand in these drawings becomes a vehicle for the energies embodied in the spiral forms and motions of nature.

He dissected plants just like he did human bodies to observe how they were formed …his curiosity was insatiable, repeatedly writing in his notes ‘who will tell me if anything was ever finished?’.

His drawings were so accurate that his keen and informed eye helped show the way for future illustrators of botany and send a loud and clear message to us that for him direct observation was the only path to truth.

Leonardo da Vinci: Painter at the Court of Milan in the National Gallery of London in 2012 was completely sold out before it opened.

Watch a Video about the Exhibition

Support the Australian National Academy of Music (ANAM), Melbourne’s program of fab events and invest in the next generation of world-class Australian musicians