Dame Elisabeth Murdoch at Home at Cruden Farm on her 99th birthday, holding the variety of rose named for her. Detail from the photograph by Joe Armao

Dame Elisabeth Murdoch, Lady Murdoch, AC, DBE (1909 – 2012) was born in the age of elegance and her life spanned the whole of the 20th century and beyond. She was a Companion of the Order of Australia (1989) and former president of the Royal Children’s Hospital and a Life Governor of the Royal Women’s Hospital. In 1963 the Queen appointed her Dame Commander of the Most Excellent Order of the British Empire and in 1968 she became the first woman trustee of the National Gallery of Victoria.

She was awarded an honorary Doctorate of Laws by the University of Melbourne and endowed a travelling scholarship for art school students. She established the Elisabeth Murdoch Sculpture Foundation and was a chair of Landscape Architecture at Melbourne University. She was Patron of The Royal Botanic Gardens and a considerable benefactor of music including opera; a trustee of the McClelland Gallery; and a founder of the Victorian Tapestry Workshop. She also helped fund Braemar College, an ecumenical and co-educational institution on the site of Clyde school and these are just some of her many many accomplishments. 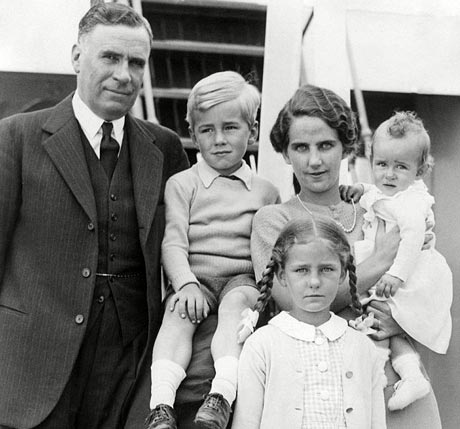 An amazing role model for her children, her grandchildren, fifty great-grandchildren and six great-great grandchildren, as well as the Australian nation, Dame Elisabeth was a true national treasure,  one who taught us all about the gentle art of true public service.

Dame Elisabeth’s generosity of spirit shone with great luminosity as she set about relieving the burdens of everyone she encountered during a life of untiring and selfless public service, continually ensuring that thousands of people benefited from her own, and her families success in life. She espoused integrity, was admiring of beauty and overflowed with great kindness, caring and love. Encountering her warm and generous spirit one on one gave many people immense joy.

She was wisdom in action; a philanthropist in the true ancient Greek tradition of what that means – loving what it is to be human.

This was an education ideal in ancient times where citizens while trying every form of action tempered it with the maxim of ‘nothing in excess’. Goodness, or arête, was an intrinsic excellence that existed in all things and the ideal life was one spent in the pursuit of excellence, which she certainly achieved.

She helped everyone that she could through various ways and means. She had few pretensions, always greeted people personally and waved them goodbye if they came to call. She answered her own phone and attended to the many letters and cards she received personally, although it became a daunting task when she reached 100 years. She was interested in everything and everybody and was just as happy talking to a tradesman completing a job for her at the farm, as she was talking to the Queen of England. 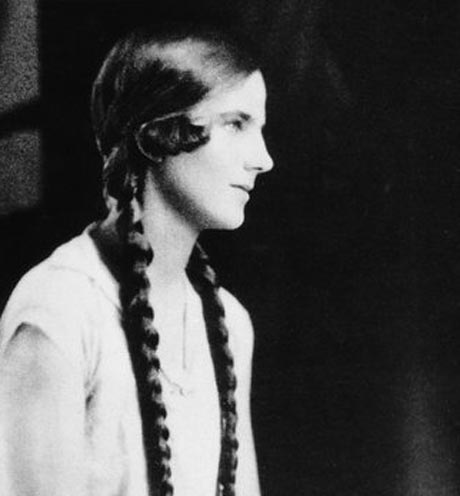 Dame Elisabeth married young like so many of her generation, following a whirlwind romance with Keith Murdoch who was 41. From then on she never lost her ability to continually capture the magic of its first bloom. She retained the most wonderful sense of humour and worried that people put far too much store in ‘things’. She was quoted as saying “I wish people weren’t so conscious about material things because they don’t really mean a great deal.”[1]

Dame Elisabeth and Melbourne went together like peaches and cream. She particularly loved music, especially Mozart’s Clarinet Concerto and Clarinet Quintet in A, K581. The Melbourne Recital Hall was named for her and she celebrated her 100th birthday there with a musical tribute.

She attributed new experiences and learning something new every day to keeping her both alert and young. She had many interests and a passion for reading, her favourite being biographies and autobiographies, giving her an insight into people and their lives. 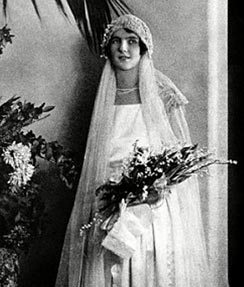 Her love of life stemmed from the happiness associated with her marriage to Keith Murdoch and their romance caused quite a stir because of the difference in their ages. She was undaunted and the time they shared before he died suddenly in 1952 was both fulfilling and rewarding. She later remarked that she knew from the day he died she would never remarry. “It never entered my head to remarry. I knew my love for Keith would keep me going for ever and that has been the case.”[2]

We must never underestimate the ‘power of one’; the concept Australian novelist Bryce Courtenay wrote so passionately about in his first novel. It proved that even just one thoughtful committed citizen can change the world and that in fact throughout history, they have. Dame Elisabeth was living proof of its power. Renowned twentieth century American cultural anthropologist Margaret Mead said “Never doubt that a small group of thoughtful committed citizens can change the world. Indeed, it’s the only thing that ever has”.

We cannot change ourselves without changing each other and behaviour change only happens through social diffusion. Working out or knowing just where and when our influence will end is very difficult. We all need to use our self-awareness to shape our environment and work together to change our behaviours for the greater good. In Australia we have had a great role model in Dame Elisabeth Murdoch. Dame Elisabeth in the Garden at Cruden Farm

She was an integral aspect of the era that lived through the great depression and World War II and those who gave there all to help others and to build the nation back up proud and strong.

She volunteered for many causes and helped raise the funds to support them. She championed the arts and was proof positive of ‘the power of one’ in changing lives through goodness.

There was a feisty side to her character and she certainly stood up strongly and passionately for what she believed in all her life.

Her son has become famous, or infamous as some would say, and while his successes and failures are integral to her story, as a human being she stood firmly on her own two feet and did her best to offer him an example of what it means to be a truly good person.

His choices she left up to him, as any good mother should.

She remained an optimist to the very end about people and about human nature. Vale Dame Elisabeth Murdoch, those who loved and respected you and your great achievements will long remember you.

[1] The Age: Woman without Pretensions