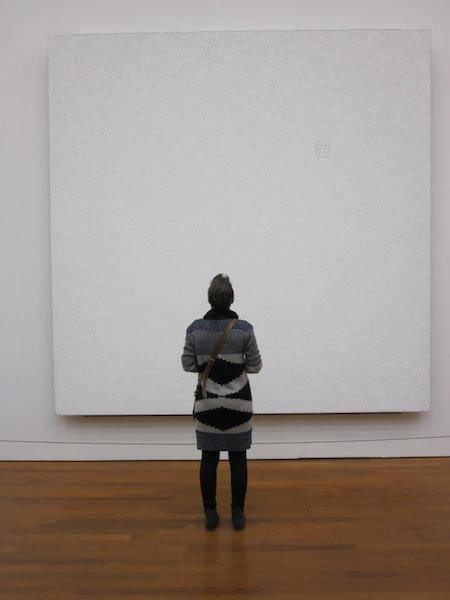 The meditative meticulous artworks were thoughtfully conceived for the Gallery space and displayed recently at Factory 49 in Marrickville, a suburb in the Inner West of Sydney.

The paintings incited a sense of calm and demanded focus as the stillness and the visual language of abstraction in her art took time to absorb.

The works subtly engaged the viewer in an intellectual dialogue drifting between the outer plane and the inner conceptualisation.

The more the viewer observed the more there was to see. A patient approach was well rewarded and this was particularly evident in White Square on White.

However the muted outline of the white square was visible after vigilant and precise inspection.

Further clarity of the square form within this painting was intensified by the changing fall of light. The elusiveness of the square shape and its placement characterized the purity of non-representational art at its very best.

This minimalist work was discerningly simple but the complexity lay within Danica’s act of painting and her aesthetic sensibility.

Robert Ryman succinctly articulates “it’s not a matter of what one paints, but how one paints.

It has always been the ‘how’ of painting that determined the work – the final product.”

Her choice and innovative use of materials, white oil on linen, formed depth, contrast and imbued the works with creativeness and a refined sense of order.

Her reduced palette succinctly connected with the unadulterated geometric, free-floating forms of the shapes essential to the realisation of the works.

The squares, rectangles and circles varied in their tonal application. Some of the shapes were solid while others were disguised beneath the opaque layers of white paint.

The geometric contours changed guise as the viewer observed the works from different angles and adjusted viewing distances from the works.

Standing back from White Circle on White the piercing white of the circle sat effortlessly in the right hand corner of the work.

The eye was drawn to the motionless quality of the composition and it rested and lingered on the solitary circle marvelling at the simplicity of the arrangement.

Four shapes in White Floating Planes on White felt like they were free falling in space celebrating mathematical and scientific relevance in art and life.

The linen was covered with layers of white to build an enduring visual dimension.

The carefully implemented brush strokes formed a matt surface across the works and a moderated freedom was released as Danica Firulovic did not have the perfect edges that result from using tape. 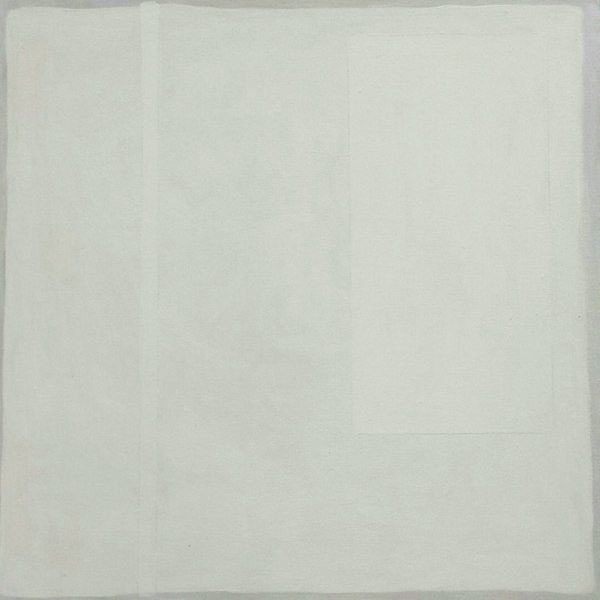 In White Rectangle and Zip on White the horizontal line of white and the rectangle were extended to the edge of the linen.

Danica Firulovic has reduced the work and complemented the primary elements of flatness and geometric shape.

She was very astute in delineating the physical perimeters on the canvases.

By giving the works a space between the linen and the external frame she constructed a thin interior boarder.

This frame of space established the illusion of an internal black edging that defined and deepened the central white core of the paintings.

Danica Firulovic emphasised the outer edges of her paintings as essential and of equal significance in her art. The framing boundaries of white on linen, bare linen, black space and thin wooden frame drew the viewer into the composition of White Square on White Squares. 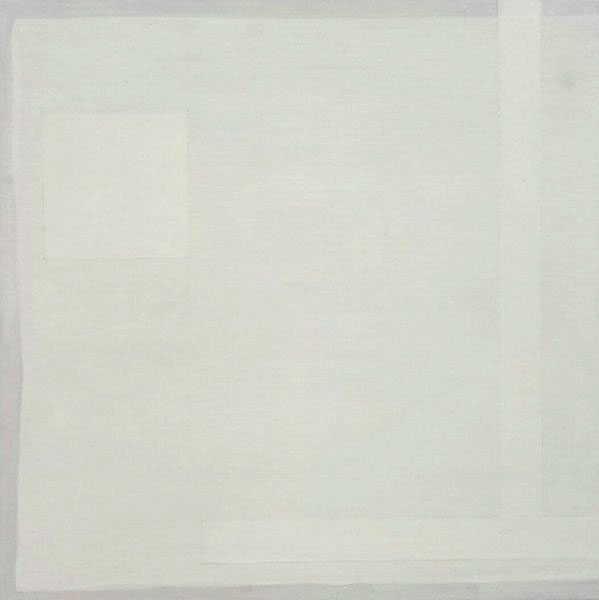 She permitted the layers of quiet to vacillate and evoke an emotional response.

In White on White the framing was different again.

It was stronger, more heavily contrasting and the whites turned shades of grey and suggested ethereal thoughts.

This balanced composition exuded and shared a philosophical confidence that underpinned all of the artworks in this very fine exhibition.

The non-objective artworks in White on White laid bare fundamental geometric shapes and the enigma of pure white.

Danica Firulovic purposefully explored their underlying elements and their relationships within the pictorial space.

Clarity was achieved in her artworks through a structural approach that was essentially minimal in application.

“The geometric shapes, hard edges and simple palette of the paintings pay homage to minimalism, exemplifying purity and non-representational art influenced by the work of Kazimir Malevich, Robert Ryman and Barnett Newman” wrote Danica Firulovic in her program notes. With her exhibition White on White Danica Firulovic invited the viewer into a visual investigation of her discoveries and distinctive work, and shared her passion and creative interpretation of the minimalist movement.