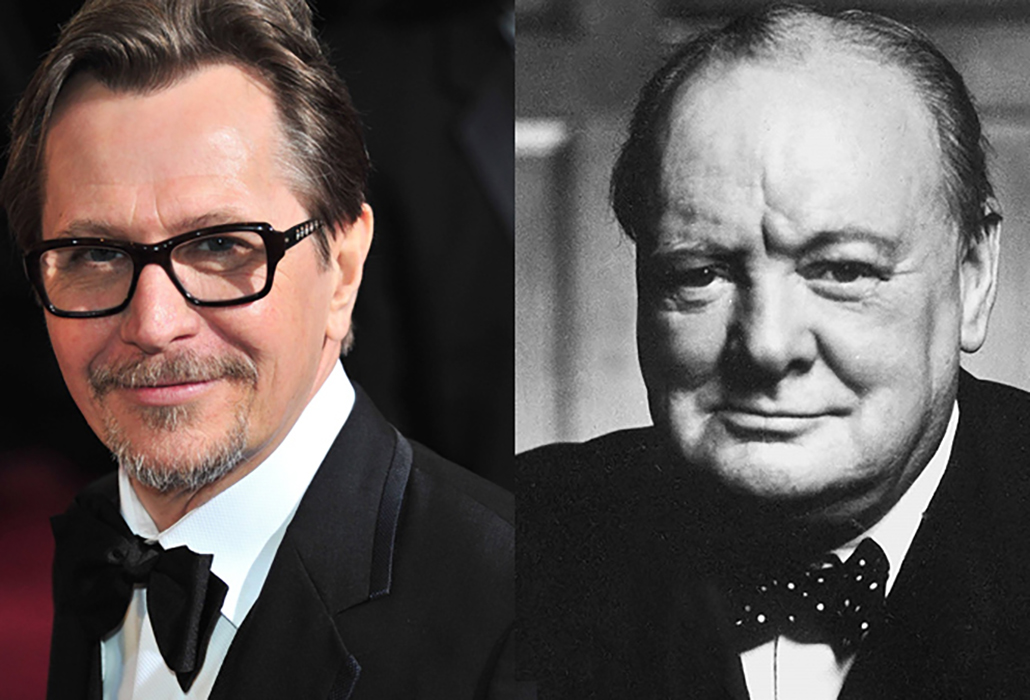 Over the course of my lifetime since I was born in 1944, I have seen many great award-winning performances by an actor in a leading role, However, that being said, there is only a few to equal the Golden Globe winning performance given by an alert, intense and aggressively intelligent Gary Oldman as Winston Churchill in the film Darkest Hour. 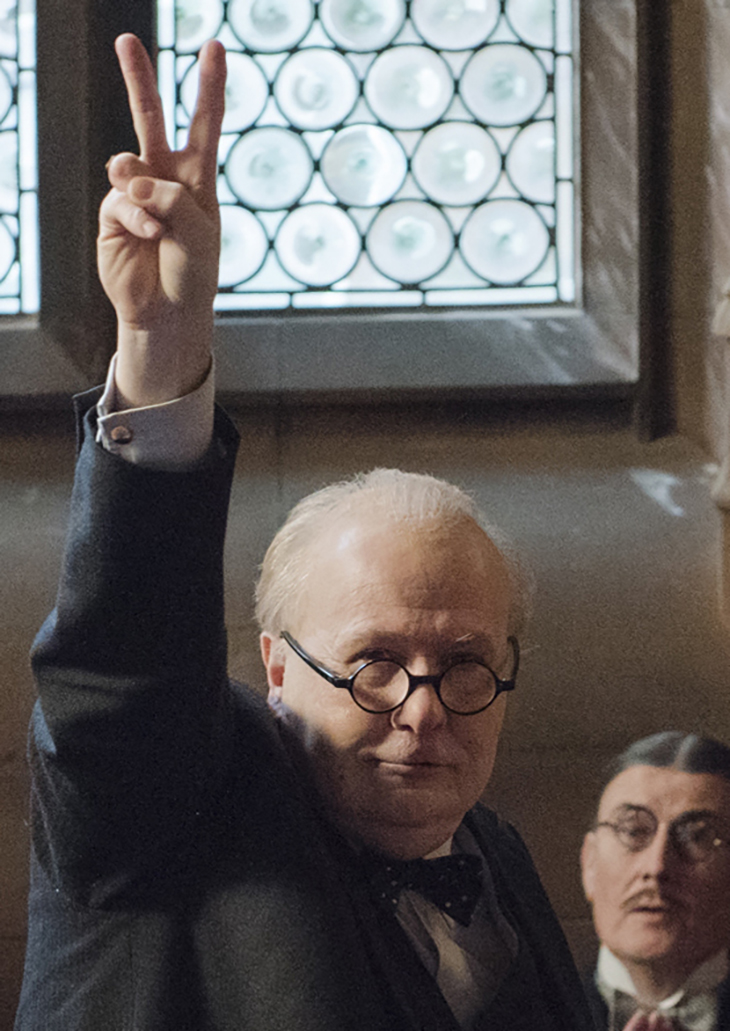 …we shall never surrender…!

He was remembered and renowned for his strategic planning and brilliant use of the English language when rallying the British people by inspiring them to go from the brink of defeat to nothing less than victory from May 1940 onward, during World War II.

It’s a phenomenal performance of a larger than life man whose bark was perhaps worse than his bite, as only those working closely with him grew to understand.

Together with President Franklin D. Roosevelt in America and Joseph Stalin in Russia, Winston Churchill shaped the British victory strategy. When their alliance broke down, he alerted the west to the expansionist threat of the Soviet Union. 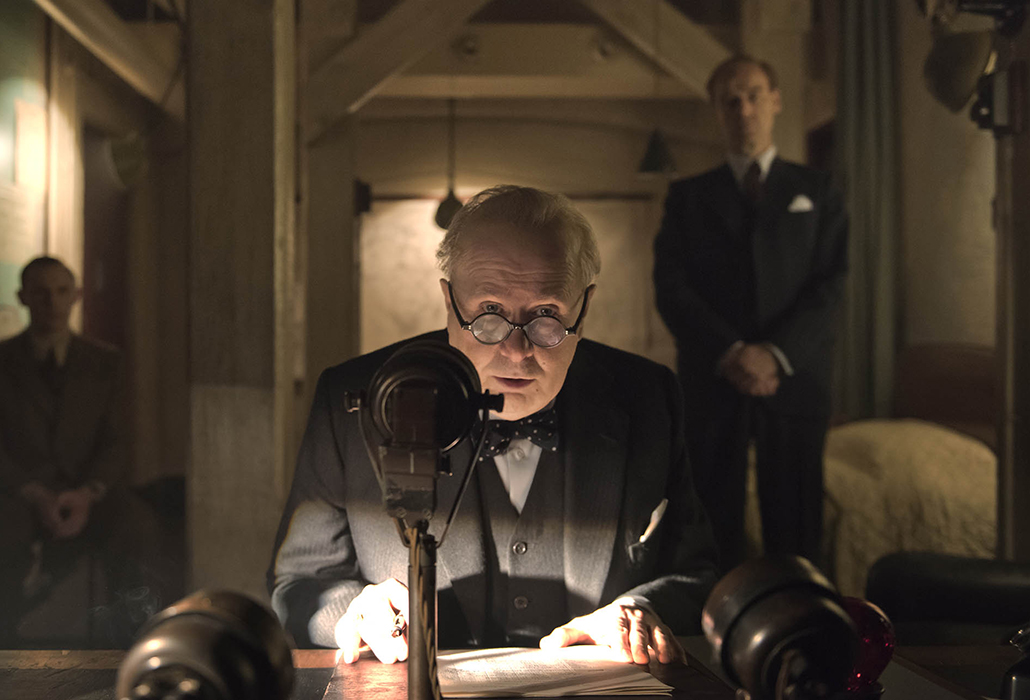 My extended family during the war regularly listened to Churchill’s stirring speeches on the radio, inspiring the British people to keep on keeping on. My father admired his tenacious ability to, against enormous odds and the threat posed by the repressive Nazi regime to their island shores, keep his own troops and their allies all soldiering on.

It’s hard for young and new Australians today to fully understand why we were so involved. However if I share with you that despite my own great grandparents migrating to this great land during the early days of colonisation (1844) they were, and remained loyally and legally British down the generations until 1948, when the law was finally changed to make them ‘Australians’. 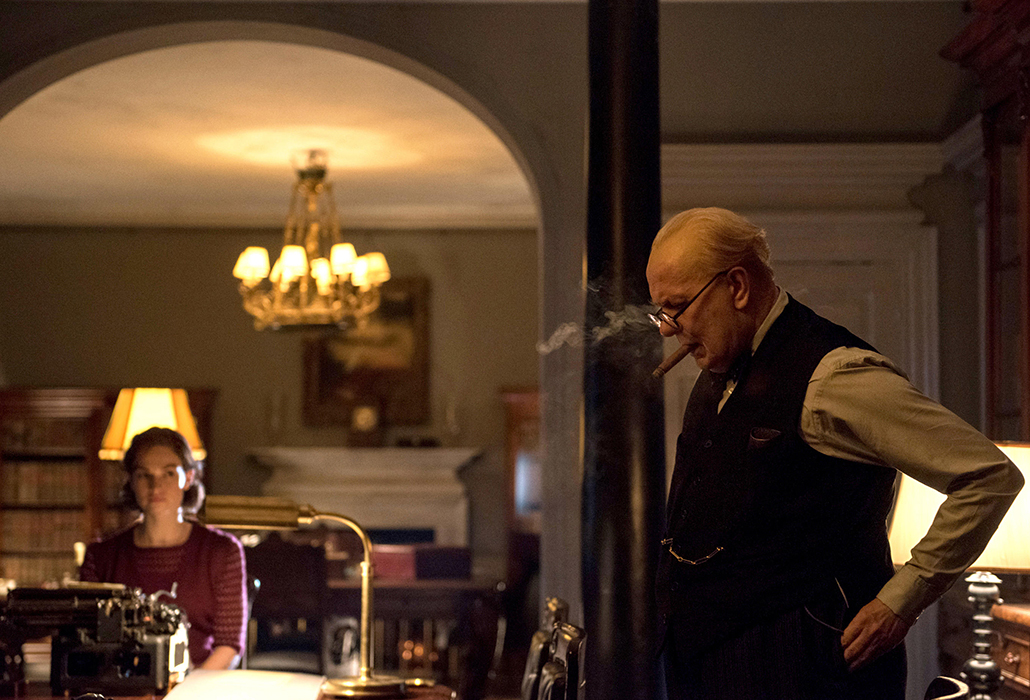 This means that up until 1948, their passports and papers listed their nationality as British by both birth and disposition, which overflowed to them all being intrinsically British and proud of their British heritage and culture despite being 2nd, 3rd, 4th and 5th generation Australians.

The mood of my family after the war also remained fiercely British, especially when two of my eldest sisters (12 – 20 years older) sailed ‘home’ to London not long after peace was declared where they spent the next fifteen years of their life. They wanted to be part of the workforce rebuilding that great city after the carnage caused by bombing. 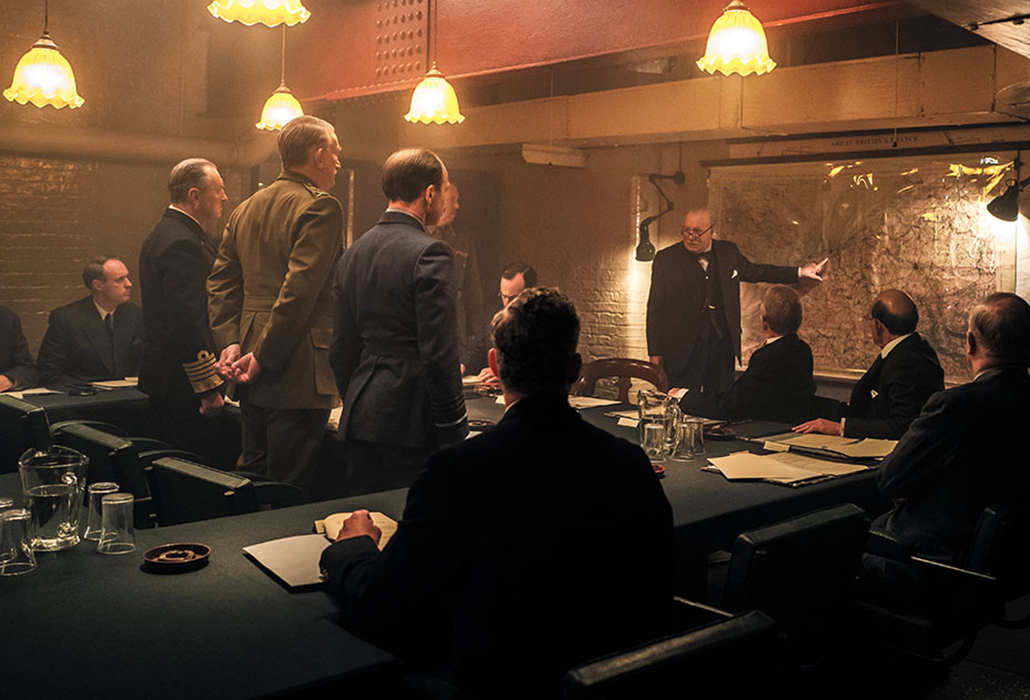 In the film the Darkest Hour actor Gary Oldman digs deep to find the essence of Churchill the man at a time when he was still known to be as quick on his feet as in his mind. He and Director Jo Wright, have thoughtfully and sensitively made this legendary leader totally accessible.

I wasn’t expecting this movie to be so superbly imagined and creatively crafted. The street scenes in slow motion revealing the British people going about their daily war time lives are marvellously conceived and constructed.

As I have been down under Whitehall in London to visit Churchill’s war bunker on a couple of occasions since it was re-opened to the public in the late 80’s, I could really relate to the replication too of this dark dreary place. 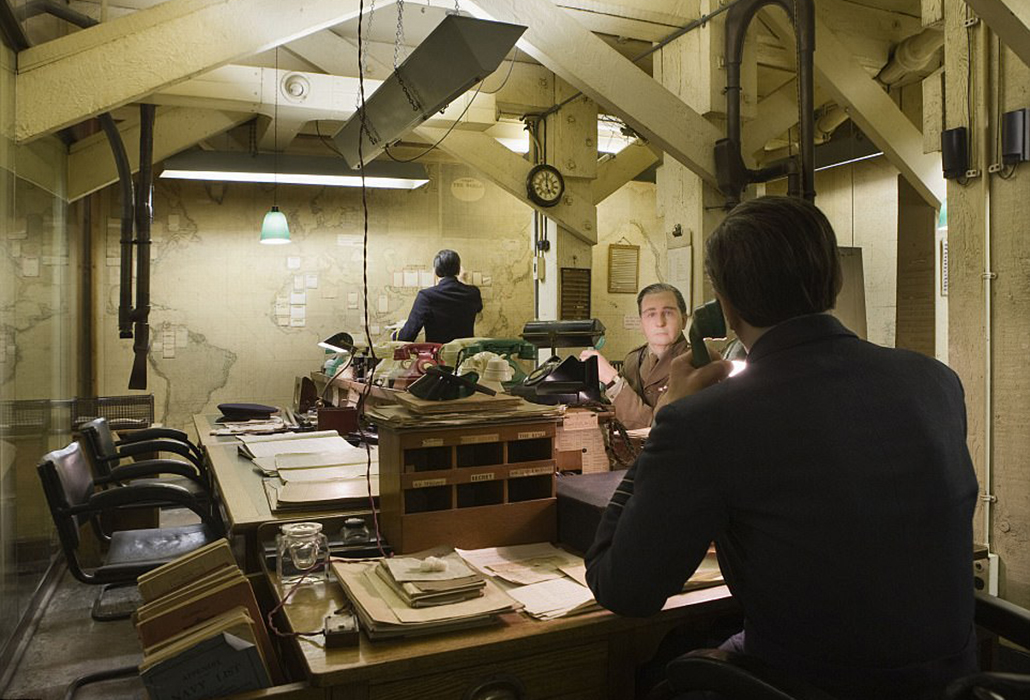 The War Rooms contained four separate areas, Churchill’s bedroom and study, the main telephone room, the Map Room (pictured as it is seen today) and the Cabinet Room. They are open daily and visitors are able to walk in the footsteps of the people who worked there. courtesy Churchill War Rooms

It’s where Churchill and all those working for the government managed the nation’s affairs while under attack. They smoked like chimneys and longed for a time they could once again enjoy, visit and live in the beauty of the English countryside.

The action for this film takes place in a short time period during May and June 1940, from when Winston Churchill was elected by both sides of the British parliament to lead them through the war crisis.

He was the only minister in the elected government, who enjoyed both conservative and labour support. He had a wealth of experience and a determination the British people admired. 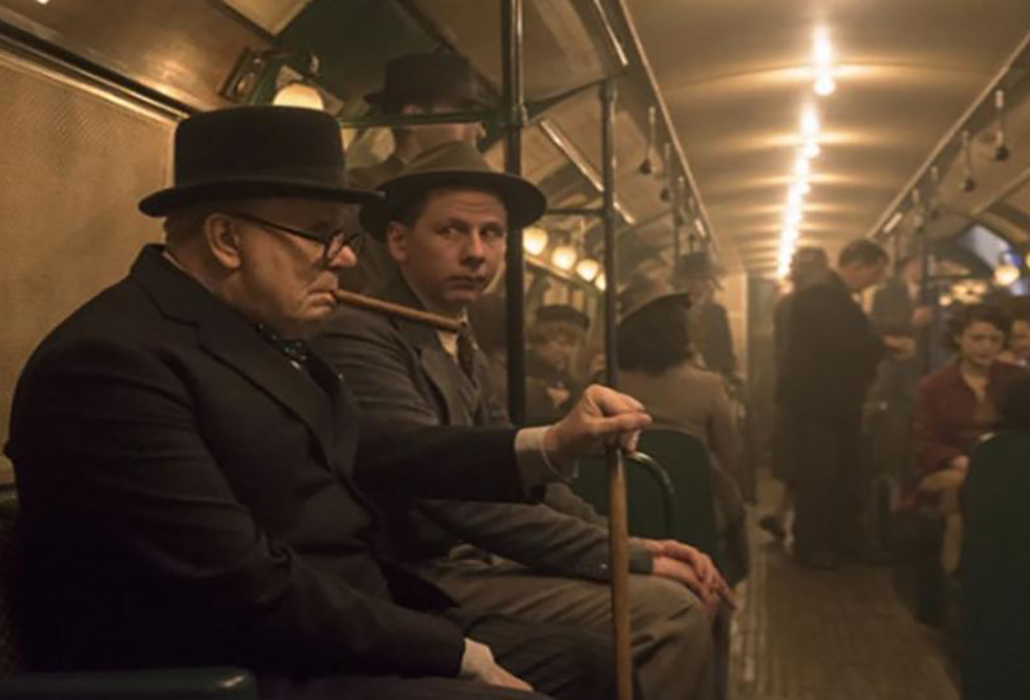 Winston Churchill (Gary Oldman) travelling on the tube in Darkest Hour, to meet and talk with the people…

They shared his idea only Victory should prevail, and they prove this fact in Darkest Hour by having Winston Churchill playing hookey and catching a tube train to work one morning so he can talk to the people on the train a delightful bunch who prove to him he’s right in his assumptions.

In reality Winston Churchill faced stiff opposition in Lord Halifax and former PM Neville Chamberlain and some members of the conservative party, who wanted him to negotiate peace and it would take a great deal for him to change their mind and time was of the essence, as he goes out on a limb on his own in order to do so. 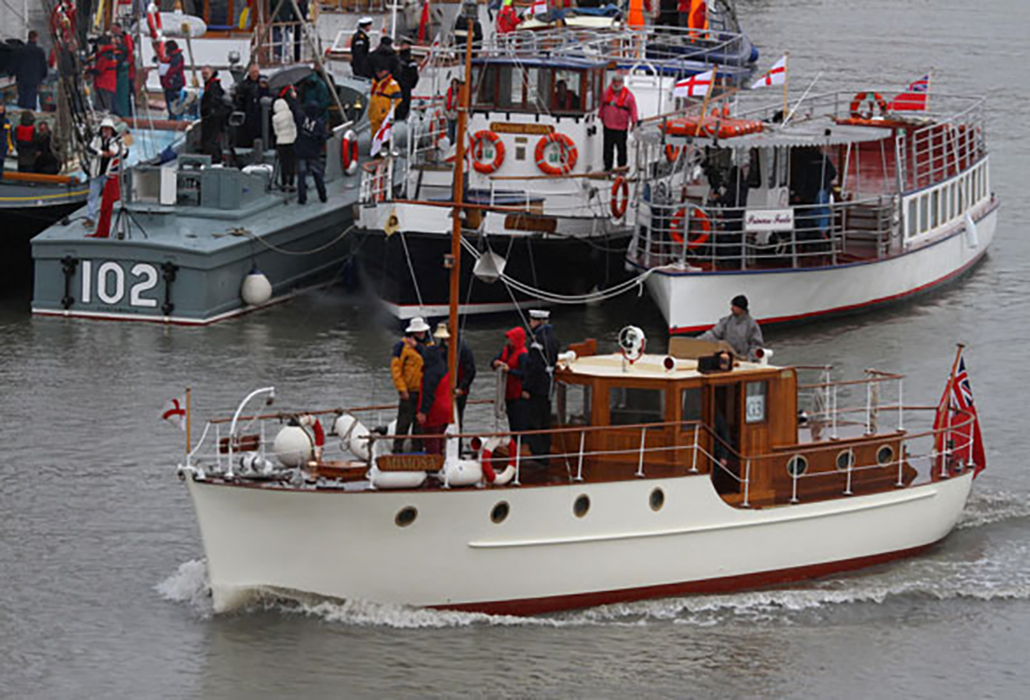 At the time the British were in a terrible position with 300,000 of their troops trapped on a beach at Dunkirk. It was Churchill who came up with the plan to have the citizens with access to ‘little ships’ – and sailing boats become an Armada of sorts – operation Dynamo as it was known, brought nearly all their stranded boys back home safely.

Suffice to say it’s a powerful movie about absolute power and Winston’s ability to take it on against so many odds, and lead so decisively. He made more wise decisions than mistakes and with the people and the troops behind him 100% was pleased when he could announce the war had ended.

Gary Oldman is almost unrecognisable under all those prosthetics, an aspect of the movie that is award worthy on its own, it’s the eyes that tell the tale so well and the voice, his stirring speeches and cutting words to his colleagues more than effective. 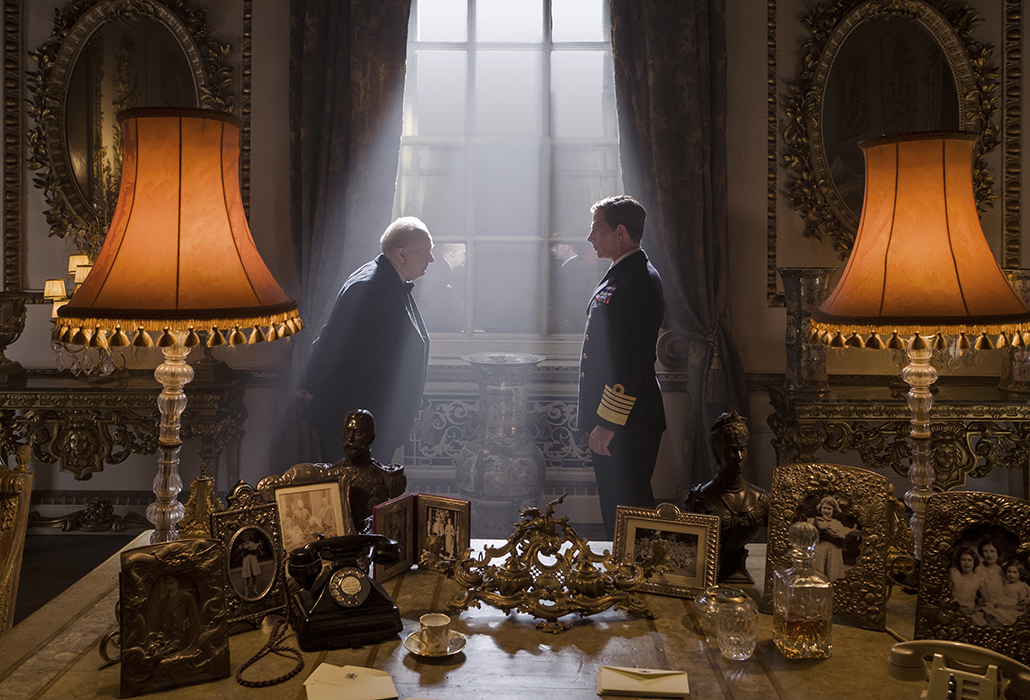 You ask, what is our aim? I can answer in one word: Victory. Victory at all costs—Victory in spite of all terror—Victory, however long and hard the road may be, for without victory there is no survival.

Ben Mendelsohn as King George VI shares a meaningful scene with his Prime Minister when as the King he visits him at home late at night to pledge his personal support for the grand old man of British politics, at a time when Churchill needed to know he had the sovereign’s backing. 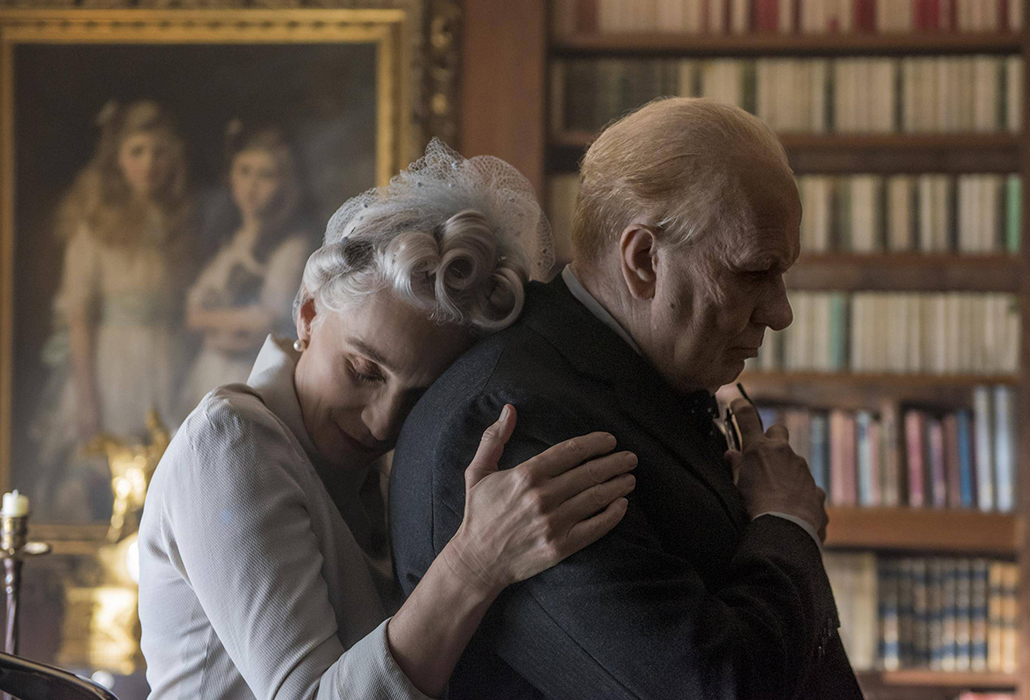 ‘Master of Stillness’, legendary artist Jeffrey Smart (1921-2013) will always be remembered as a master of the maze and for his unique take on urban landscapes