David Campbell was an impeccable choice to perform this very complex, demanding and emotionally charged role. He was sensational! 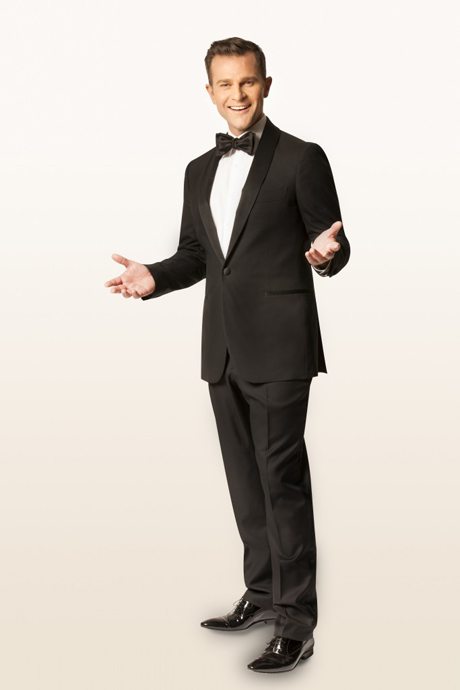 His wonderful ability to sing in a variety of genres is world class.

An Australian icon and an international star, David Campbell performed with a sparkle and an irresistible shimmer, that rewarded him the highest accolade a standing ovation and continuous applause.

His talent to sustain an extremely taxing role is a rare achievement.

His continuous presence on stage is a feat in itself.

However, the energy required for a collage of singing styles pop, rock n roll, jazz, country crooner and swinging cabaret performer coupled with the strenuous demands of the dance routines was mind blowing.

He was the catalyst for a dynamic, entertaining and glittering musical with his contagious charm and fresh elegant portrayal of the celebrated Bobby Darin. His performance at the Sydney Lyric Theatre deserved to be shared on the world stage. David Campbell was thoroughly supported by an amazing line-up of versatile and talented actors, singers and dancers. Behind the scenes the creative team was meticulously flawless from the Director, Simon Phillips through to all the artistically talented crew.

The orchestra under the baton of Musical Director and pianist Daniel Edmond created a vibrant musical cohesion and breathtaking excitement from the first pre performance note to the final post performance note. The orchestra was paramount in capturing the mood, glamour and passion of the big band era. The music and lyrics were the essence of the show and what a show of musical heights and nostalgic memories. Although much of the music was composed by Bobby Darin including, I’ll Be There, Multiplication, Rainin, Things and, Won’t You Come Home Bill Bailey there was a wealth of renowned composers featured. Johnny Mercer, Henry Mancini, Rodgers and Hammerstein, James Van Huesen and Sammy Cahn were amongst those represented.

The musical was an emotional roller coaster ride that transported the audience back to the music of Bobby Darin’s era. The pulse of the times was electrifyingly expressed in the eclectic choice of songs.

Thrilling, diverse and entertaining Dream Lover captured the sound of the big band era, the Rat Pack in Vegas and the Golden Age of Hollywood. The glamour and glitz was juxtaposed with Bobby Darin’s emotional personal narrative and his cultural, social and political evolution in the changing decades of his life. The hits from the 50s and 60s included Mack The Knife, Beyond the Sea, Splish Splash and the multi-million-seller Dream Lover.

“Dream lover, until then
I’ll go to sleep and dream again
That’s the only thing to do
Till all my lover’s dreams come true…”

John Frost on behalf of his co-producers John and Barbara Gilbert of Gilbert Theatrical Pty Ltd, said “… Bobby Darin packed an extraordinary life into his thirty seven years, and wrote an incredible array of music. I think audiences will have an unforgettable experience at Dream Lover, witnessing the birth of Australia’s exciting new musical.”

Even before the curtain opened the audience was tantalised by the eighteen piece big band playing, and spied a glimmer of them through slightly transparent fabric screen. Then the curtain rose and presented the band members cleverly curved in side platforms above the stage in Brian Thomson’s stylish and sparkling set design.

Brian Thompson developed “an enveloping semi-circular design enclosed in a series of arches to centre Bobby and his life in a lightbulb outlined cocoon.” Mack the Knife was the opening number and the choreography by Andrew Hallsworth was mesmerizing. The passion, engagement and excitement of the dancers drew the audience into the music and the song. This was sustained during the varied dance sequences that continued to thrill throughout the show.

The mood of this era was creatively fashioned in the costumes by Tim Chappel. The scrupulous effort to have clothes that reflected not only the times and the fashions of the altering decades of the story but that helped define the personalities and characters they adorned was skillful, stunning and insightful. 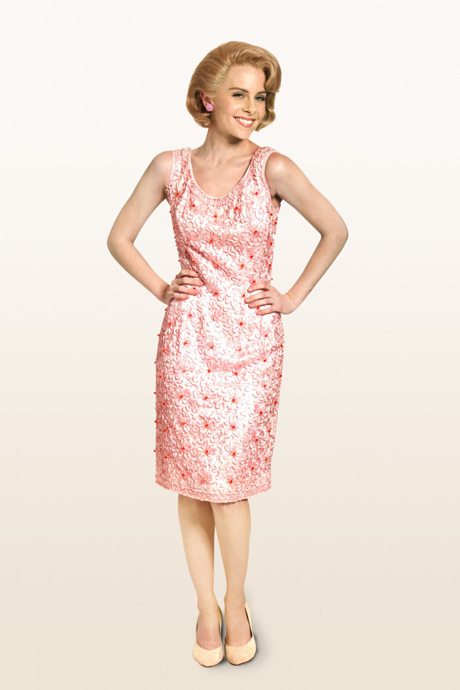 Dream Lover – The Bobby Darin Musical is an extraordinary story and at times very moving when intimate details of both Bobby Darin and his wife Sandra Dee’s lives are disclosed.

It is an inspiring epic of courage, determination, perseverance, love, commitment and talent.

Brendan Goodwin played Dodd the young Bobby with a natural charm, irresistible warmth and show stopping vocals. This role is shared with two other performers Kyle Banfield and Nicholas Cradock.

Bobby’s mother Polly (Caroline O’Connor in dual roles also as Sandra Dee’s mother, Mary) was relentless in her commitment to helping her son survive several bouts of rheumatic fever which had permanently damaged his heart. Booby’s sister Nina (Marney McQueen) was loving and protective but carried a shocking secret that is revealed later in the show. Marney’s performance was sensitive, her interpretive skills perceptive and her voice powerfully emotive. Her rendition of the song More incited tears and a surge of sentiments in the audience.

Hannah Fredericksen’s portrayal of Sandra Dee show cased her star qualities, struggles with addiction, youthful vitality and her painful secret. All of this was achieved with a stylish grace, endearing charm and natural vulnerability.

Bert LaBonte as Charlie delivered a performance of the towering but humble strength behind the physical and psychological support he gave so generously to Bobby and his family.

Darin’s long-time manager Steve Blauner played by Martin Crewes was energetic and engaging. He was certainly up to and held his own in the duets with Campbell. Australia’s exciting new musical Dream Lover – The Bobby Darin Musical has hit the stage with an inspiring story, wildly exciting music and an elegant panache that lifts this musical to towering heights. It’s a five star wonder and was adored by the audience!