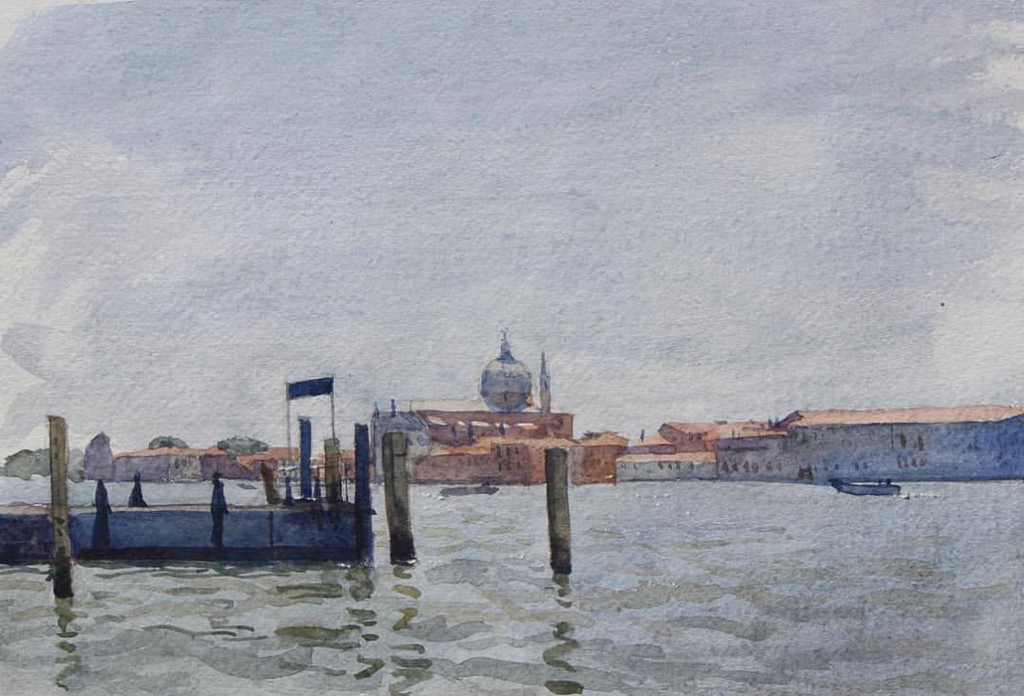 Brisbane born artist David Henderson, who is also tour leader and lecturer for Australians Studying Abroad in Italy, France and the USA, spends his time roving between Australia and Italy sketching and painting. He first spent six months travelling in Italy with a sketchbook and a box of watercolours when he was backpacking as a young man. 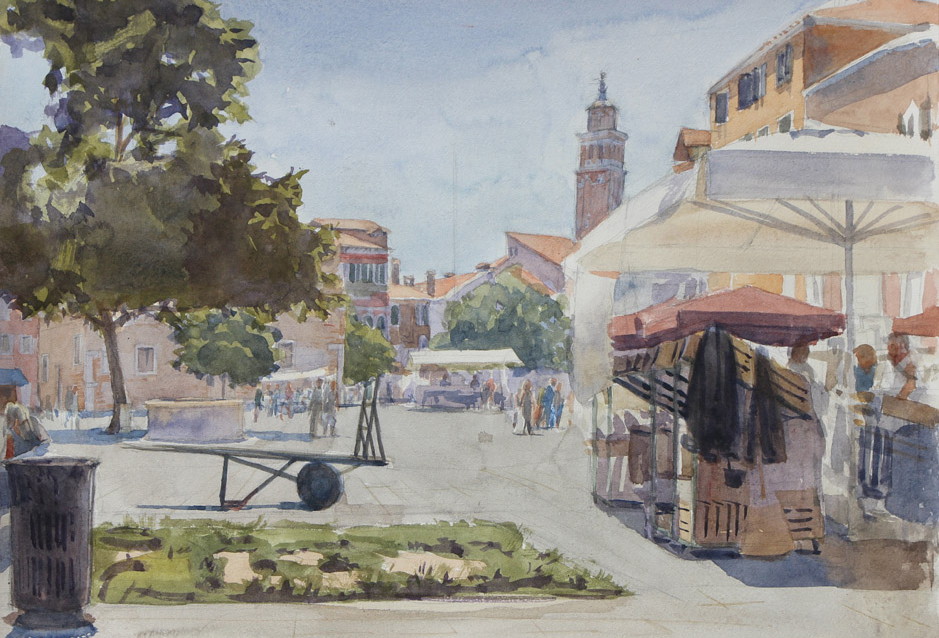 David recently opened his latest exhibition of works at the Graydon Gallery, New Farm in Brisbane where it will be continuing until November 12, 2017. 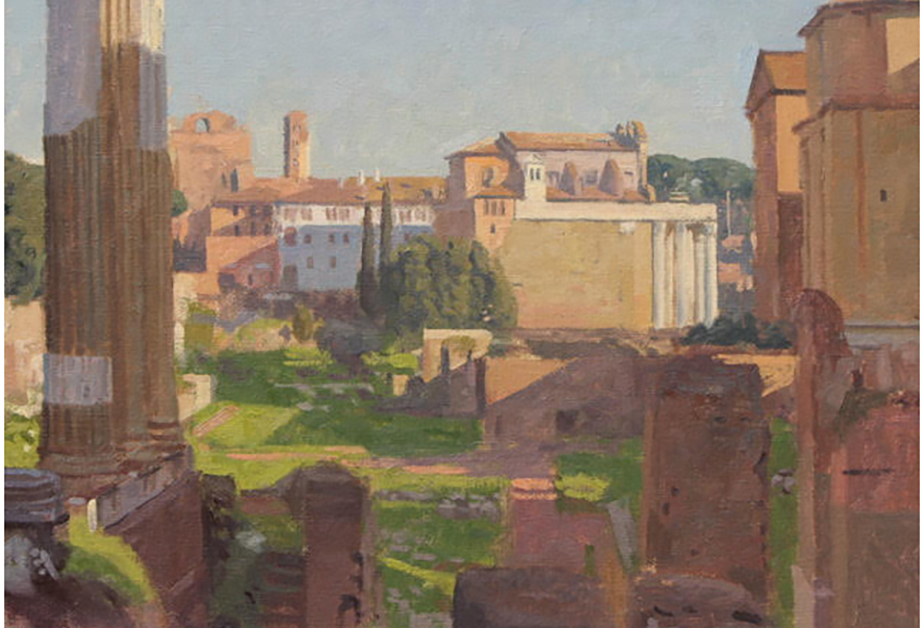 Renowned for his work in progress at Venice and more lately Rome as well, this year David Henderson has approximately twenty-five paintings, drawings and watercolours with captivating views of both set alongside a number of local subjects, which have been painted in and around Brisbane, Queensland. 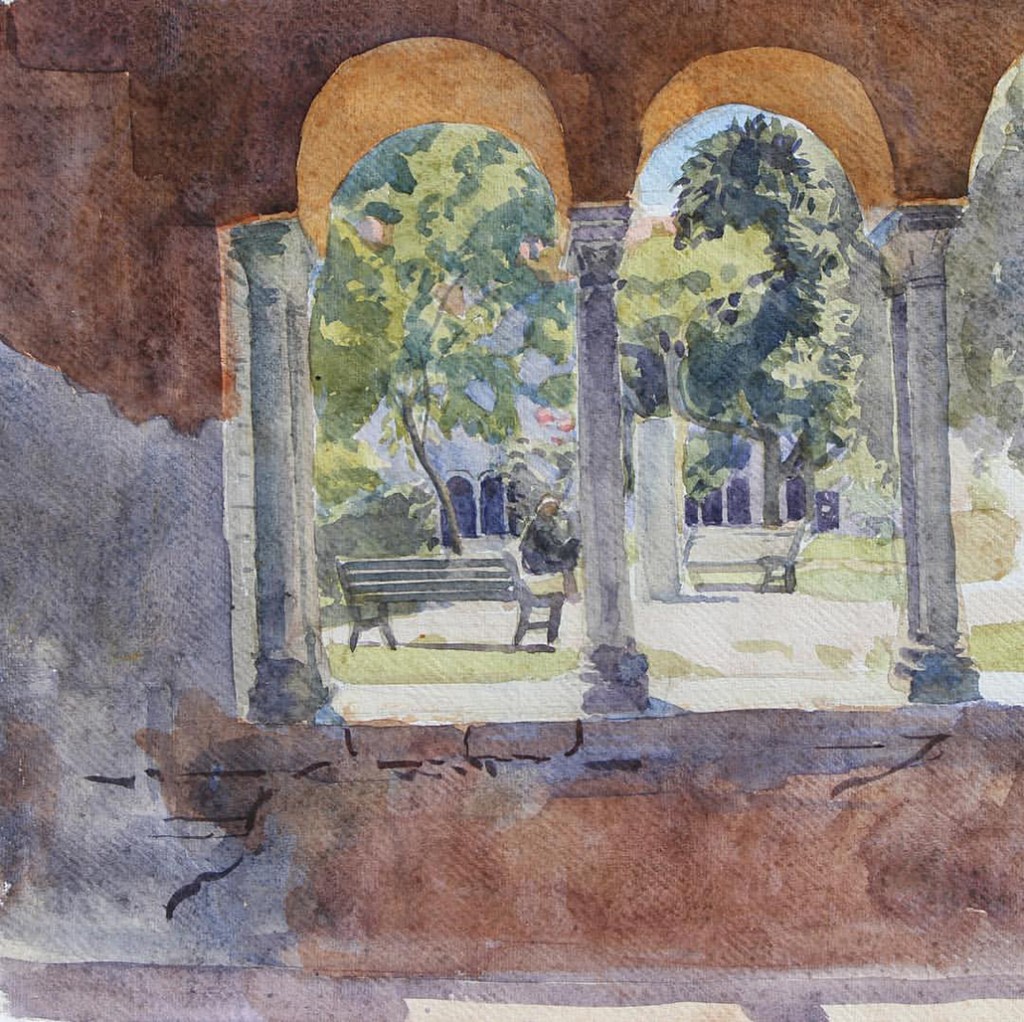 David’s loyal fans and followers always look forward to his shows, which have been packed on opening night since he first began exhibiting during the mid 1980s. 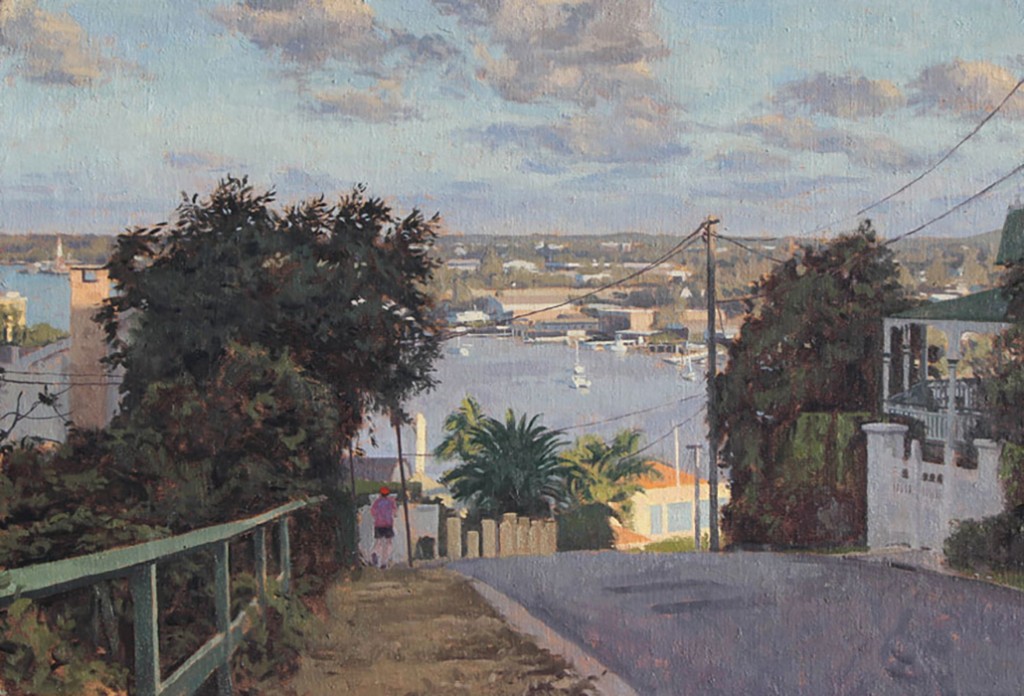 David was a winner of this year’s Best of Show at the Brisbane Rotary Art Spectacular Exhibition when his painting, ‘Late Afternoon, Hillside Crescent’ was included in the invitation-only Tattersall’s Club Landscape Art Prize exhibition. 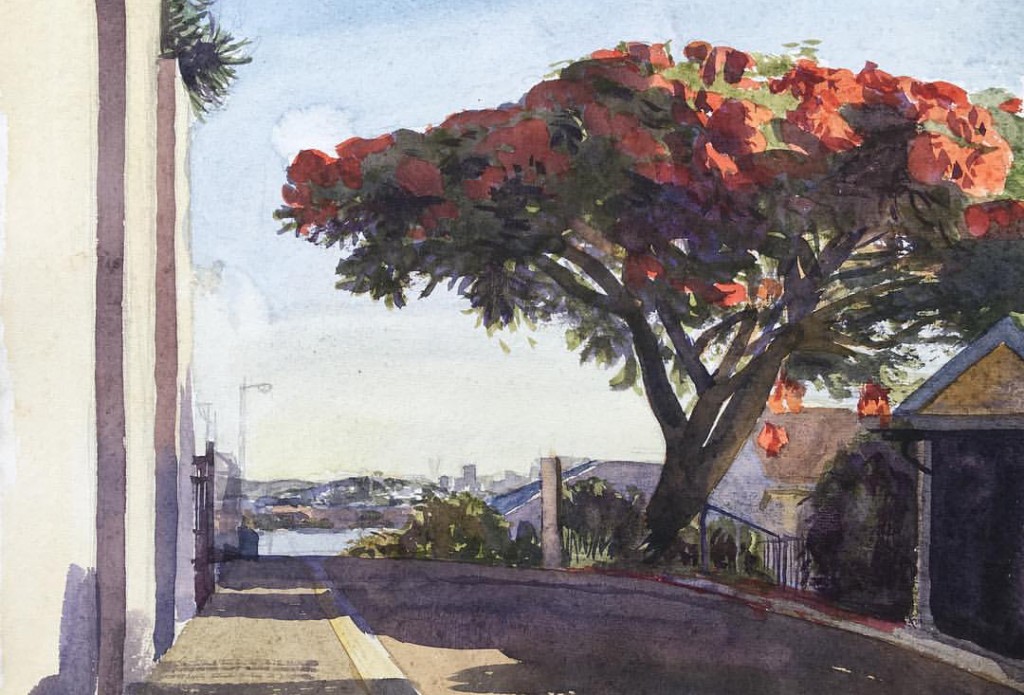 It is at the heart of a group of locally produced works offering his impression of a quintessential street tree, the semi-deciduous Poinciana that while native to Madagascar has helped shape the character of modern Brisbane. With its bright orange flowers heralding the coming of summer and start of the season for storms it’s a colourful contribution to the landscape.

David Henderson spent a positive year as artist in residence at the c.r.e.t.a. Studios in Rome in 2015 and since then has continued to go from strength to strength. 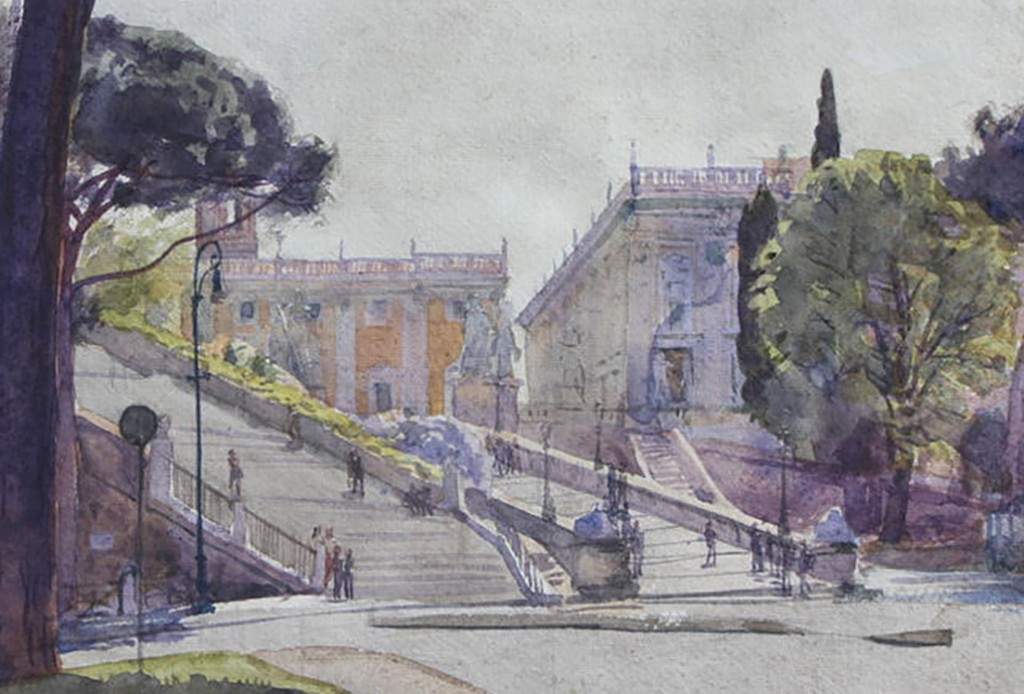 There are a number of Roman views in this latest collection to consider with light, shadow, space and atmosphere according to David, “… offering a glimpse of each subject’s true spirit.”

Be sure to call into the Graydon Gallery soon.