Formed during his lifetime, the collection was a tribute to his fine eye and great appreciation for the design and decorative arts of the late eighteenth and early nineteenth centuries in Europe, England and America.

This is a period when visions, dreams and hopes of a glorious future were admirably demonstrated by an elegant disposition of interiors filled with splendid art, hand crafted quality furniture, fine furnishings and superb objects.

The main focus is on the neoclassical style, which was all about the culture of an age where men deliberately set out to rediscover the virtues of ancient classical art and architecture. They did so in such a manner that the results are still relevant because they were based on wide ranging archaeological and academic research. 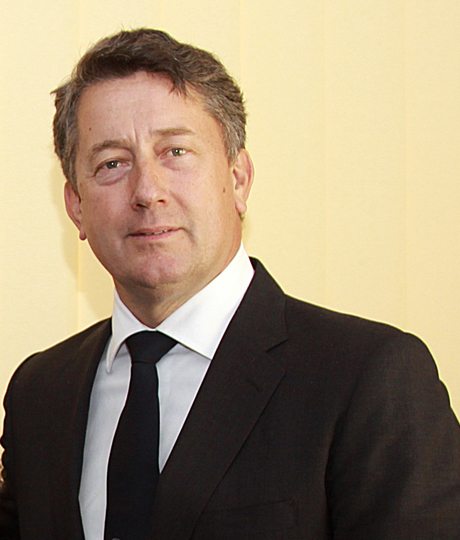 Of national and indeed international significance the David Roche Foundation established in 1999 manages, maintains and displays the collection. The simple and the unusual, the elaborate or the elegant, if an item had a story that appealed to David Roche he would gather it up to ensure that its tale would continue to be told.

The Board of Trustees recently appointed as inaugural curator for the collection, renowned Sydney antiques dealer Martyn Cook who has gained considerable expertise and knowledge during his career. He spent decades working one on one with Mr Roche to first assemble and then to upgrade the collection as more desirable select pieces gradually became available. 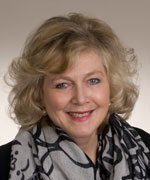 The Foundation has appointed Adelaide resident Ann Preston Flint as the Collection Manager. Together Martyn and Ann are both working closely with the Board of Trustees to showcase Mr Roche’s extraordinary legacy as per his express wishes.

Specialized exhibitions will be changed every six months to showcase specific items under a major theme.

The group of properties David Roche owned in North Adelaide will eventually become a single centre for showcasing the designs of one of most extraordinary periods of European history and its influence on the development of Australian society and culture.

The foundation will purpose build a much larger pavilion on the site to house these exhibitions in the future, so that the current viewing gallery on the site will be able to revert to its intended use, expanding knowledge.

From fine furniture, to ceramics, clocks, barometers, paintings, glassware, silver, mirrors and more, David Roche hoped that everyone who viewed his collection would find a special piece to remember.

The show being held currently in the Viewing Gallery is entitled Kingdom Animals and the Decorative Arts, displaying items with a connection to the animal kingdom. It includes a fashionable kangaroo-themed plate of Paris Porcelain given as part of a dinner service by Empress Josephine and Napoleon, to his sister Pauline on her marriage to Prince Camillo Borghese.

A detailed catalogue produced for the show illustrates and describes the items on display. Some have appealing stories about how the pieces have survived the vagaries of time and about the people who owned them.

David Roche started collecting when he was 15 years old and his main aim was to provide a visual and tangible record of social growth during an era that formed the basis for the development of Australian cultural and social mores. Wonderful works of art made of gold, silver, enamel, and brass, ivory, mahogany, kingwood, rosewood, tortoiseshell and satinwood quite literally take your breathe away they are so beautiful. Some are marvelously mechanical, while yet others have been very simply made from substances such as shells, string and straw.

The collection was formed across a broad range of items that would have been be used to decorate the home of a family of means.

While many might appear to be quite grand what is always charming about David Roche’s collection is that there is also a plethora of lovingly made hand-crafted pieces like the charming ‘Skipping Girl’ made  in the U.S.A. c1890

The age of revolution and romantics in Europe during the late eighteenth and nineteenth centuries was when scientific discovery, dazzling artistry, literary excellence, military milestones and lots and lots of political and social scandals rocked the establishment.

They also inspired the work of trendsetting artisans and talented tradesmen who were fast becoming tycoons while helping to give birth to the modern world.

While the British may have claimed “Australia” and colonized it, it was French explorers who first made known the richness and diversity of Australia and its flora and fauna forms all over the world.

The Empress Josephine as well as having Australian  emus, kangaroos and black swans wandering in her gardens, nurtured acacias, boronias, casuarinas, grevilleas, eucalypts and melalueucas from Australian and New Zealand at her Chateau Malmaison. They were retrieved as part of the French Baudin expedition, which set out from Le Havre in France in October 1800.

This adventurous effort was an integral aspect of Napoleon’s vision to conquer and establish a new scientific empire in the Antipodes. Josephine was the first to breed black swans in captivity and not only did they survive and thrive the perils of the journey they managed to ‘outlive both Napoleon and Josephine’*. The collection of furniture is exceedingly fine, with many pieces produced by renowned architects, cabinet-maker and designers of the 18th and 19th centuries. Then there was the Dutch born London based designer, connoisseur and arbiter of taste Thomas Hope (1769 – 1831), the French Huguenot emigrant Louis Le Gaigneur (active 1814-21) and master designer and craftsman George Bullock (1777-1818), whose speciality was inlaying brass into timber.

There are also some wonderful objects by Russian goldsmith and design genius Peter Carl Fabergé (1846-1920), who was commissioned to produce the first of what became the most unique objets de luxe in history, the Russian Imperial Easter Egg

The collection of horology includes some outstanding timepieces, clocks and barometers by significant makers such as the man appointed George III’s ‘King’s Clockmaker’ Benjamin Vulliamy (1747-1811) who had followed his father Justin Vulliamy into the clock-making business.

He was responsible for the official London time until 1884 when the Greenwich Royal Observatory took over that responsibility.

A supreme craftsman, Vulliamy produced a mahogany, bronze and glass clock in the collection around 1800 that is architectural in style, taking its inspiration from the designs and style of Thomas Hope. Works by the French horologist, sculptor, painter and inventor of the chronograph Louis Moinet (1768-1853) are represented including a fabulous urn masquerading as a clock made at Paris around 1810, which is signed by Moinet the elder, who also collaborated with

Covered in foliate motifs with a lively frieze of classically dressed dancing woman a sculptural three-dimensional pair of women cast in bronze ormolu flank the vase and lean on their elbows on its rim as if they are patiently waiting for time to pass.

The timepiece itself is set into the elaborate grotesque decorated neck of the urn with Roman and Arabic numerals used to tell the time.

Enamellist and artist Joseph Coteau (1740-1801) who was a pre-eminent painter of enamel dials and plaques was at one point employed by the Sèvres royal porcelain factory.

He supplied clock dials of great quality to leading Parisian clockmakers of his day.

Today they are extremely rare and Mr Roche had a mantel clock by Coteau, which is very fine.

The dial portrays the Greek Goddess Artemis (Roman Diana) and one of her handmaidens.

Enamelled and jewelled, it was exhibited at the 1982 show “French Clocks in North American Collections” at The Frick Collection prior to arriving in Australia.

The ceramics collection covers a wide spectrum of mediums and factories in England and on the Continent, which were made for monarchs, merchants and, to quote the indomitable Horace Walpole a bon vivant and social commentator of his day, ‘middling-class people’

They include pieces from factories in the UK producing soft and hard paste porcelain wares including such well-known names as Bow, Chelsea, Coalport, Worcester, Nantgarw and Swansea, Derby, Staffordshire, Spode, Wedgwood and Worcester. The Music Lesson c1760 is porcelain (soft paste) from the renowned Chelsea Porcelain Factory, British - made after a design by French artist and designer Francois Boucher (1703-1770), courtesy The David Roche Foundation, Adelaide

Before the revolution a multitude of small factories, which had not been established by the royal family were sited within the Paris environs.

The Parisian factories were separate from establishments like the royally founded factory of Sevres, which had gained a monopoly simply because of its superior connections.

European porcelain factories represented in the collection include Meissen, Ludwigsburg, Tournai, Vienna and Zurich, the French factory of Sevres and the ‘Manufacture de la Reine” (The Thiroux Factory) was established in 1778 by Andre Marie Leboueuf.

It was one of nine Parisian decorating workshops permitted to embellish porcelain by royal decree from 16th May 1784.

To minimize their competition, the French royal family enacted laws that severely restricted the activities of other porcelain manufacturers.

However, as the industry began to have a positive impact on the French economy through trade Paris porcelain manufacturers gradually enjoyed more latitude in their dealings.

Many artisans of the time had members of the French nobility as their patrons and so the French Revolution and the death of so many severely affected the porcelain industry. All the smaller factories that succeeded following the revolution did so, because they were finally free of all trading restrictions.

A former Manager of The Thiroux factory, Housel signed a spectacular ‘Campagna’ style porcelain vase in the collection in gilt script between 1799 and 1804, when he alone was the factories owner.

It was David Roche’s heartfelt desire to gift his amazing collection to the people of Australia, who he hoped would leave his viewing gallery feeling enriched and inspired.

When gazing at the delightful creation of ‘The Butcher’s Shop’, with its prime cuts on display, it’s hard not to be amused.

The detail is superb, the craftsmanship beautifully rendered and its charm as a working model of domestic life, without compare. Be sure to put a visit to the David Roche Foundation on your list when you are next visiting Adelaide. Hopefully, in the not too distant future, a ‘travelling collection’ might also be put in place.

Friday to Monday: Closed
Tuesday to Thursday: 10am to 3pm
Entry by donation of $2 per person