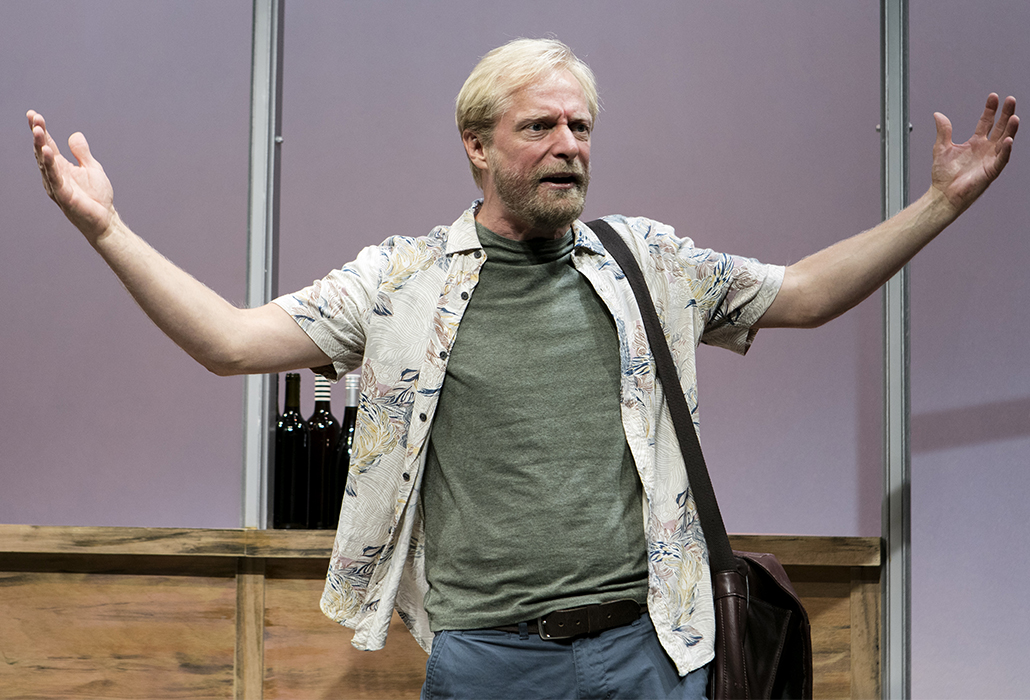 Playwright David Williamson’s The Big Time is the Ensemble Theatre’s first production in its 2019 season, running now until March 16.  The world premiere is a very entertaining example of his finely tuned craft.

David Williamson is Australia’s most well-known dramatist; he has written over 54 plays and experienced both national and international success with his plays, screenplays and teleplays. 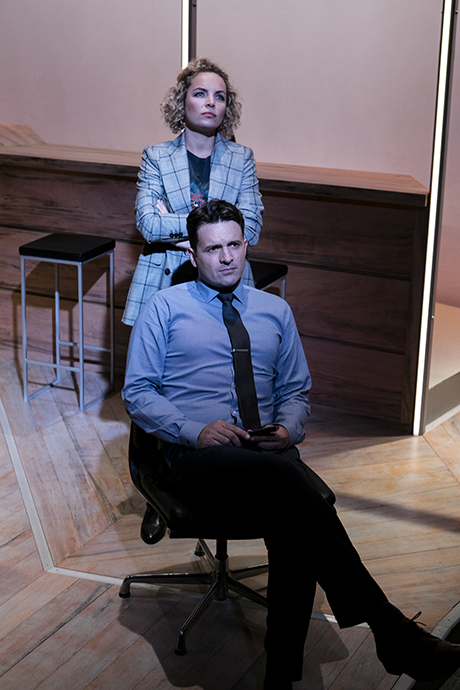 The Big Time is very closely linked to both his professional and personal life.

The connection is centred on his almost fifty professional years in the theatre scene and his personal affiliation relates to his wife Kristin, a drama teacher and theatre critic, as well as his two NIDA graduate sons.

Williamson has an intimate and first-hand knowledge and understanding of the harrowing heart break of the theatre world.

He has employed his experiences of an industry plagued with struggling ambitious actors and creatives desperate for success at the top.

This lingering and all-consuming desire is often beset with rejection and constant disappointment, consequently, emotional and psychological stamina are pre-requisites.

The narcissistic and altruistic responses and decisions to this anguish within theatrical circles is the backdrop for this humorous and stinging satire. 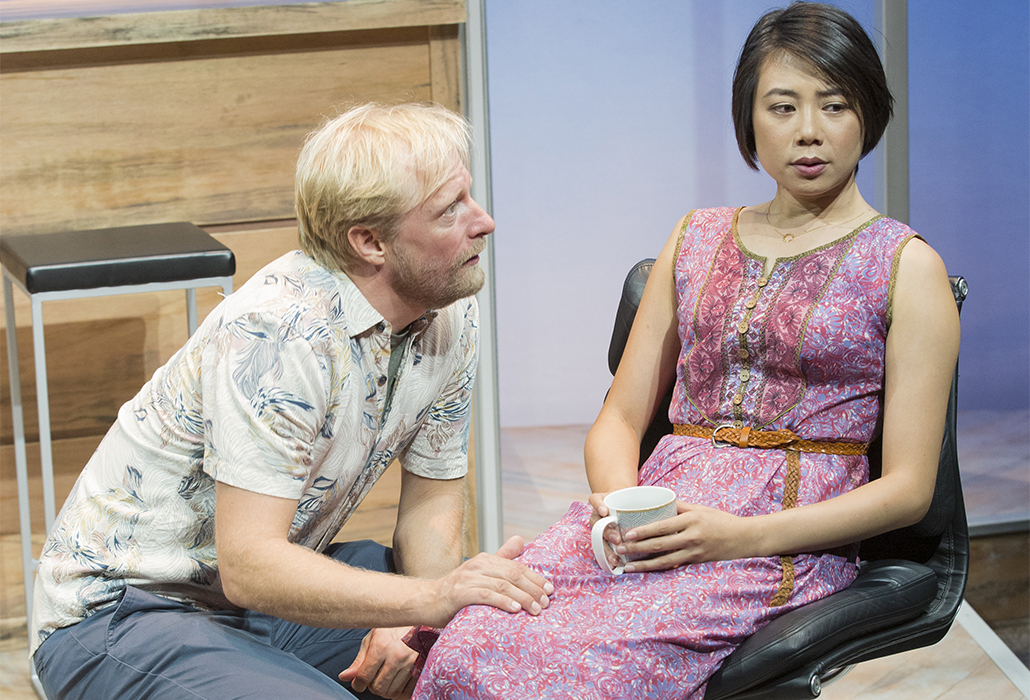 The dialogue is witty, cruel and delivers the conflict of callous opportunistic acts where ambition, jealousy and ruthlessness spiral out of control.

Celia Constanti is a highly successful actor in a ‘continuing drama series’ in reality it is just a soapie. She financially supports her partner Rohan Black, a struggling writer stuck in a loser’s run of 15 years exasperated by his belligerent and egotistic attitude. 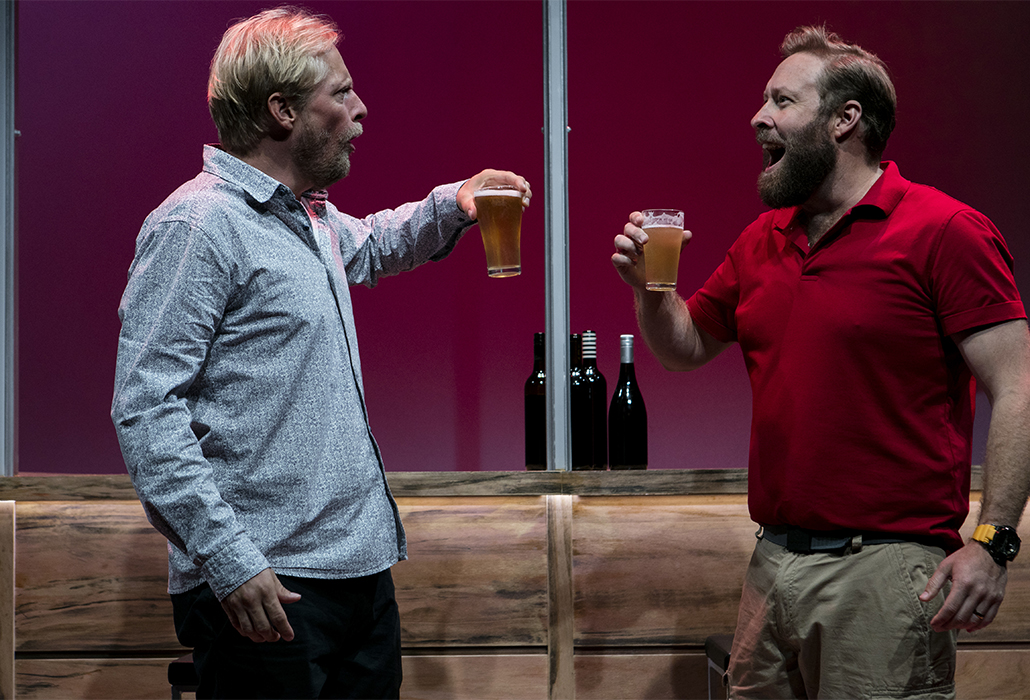 Rohan’s down and out friend Rolly Pierce strives to regain some self- respect as he faces massive personal, financial and employment problems.

This long term friendship began as a result of Rohan saving Rolly from drowning in a flooded river. However, Rohan is relentlessly dismissive of the friendship and his detachment intensifies Rolly’s low self-esteem.

Celia is challenged by her friend Vicki from drama school to return to the less lucrative but creatively rewarding challenge of independent theatre. The career strategies of both actors are as diverse as their personalities. Friction and conflict have bubbled and festered since Celia’s immediate successes after graduating. 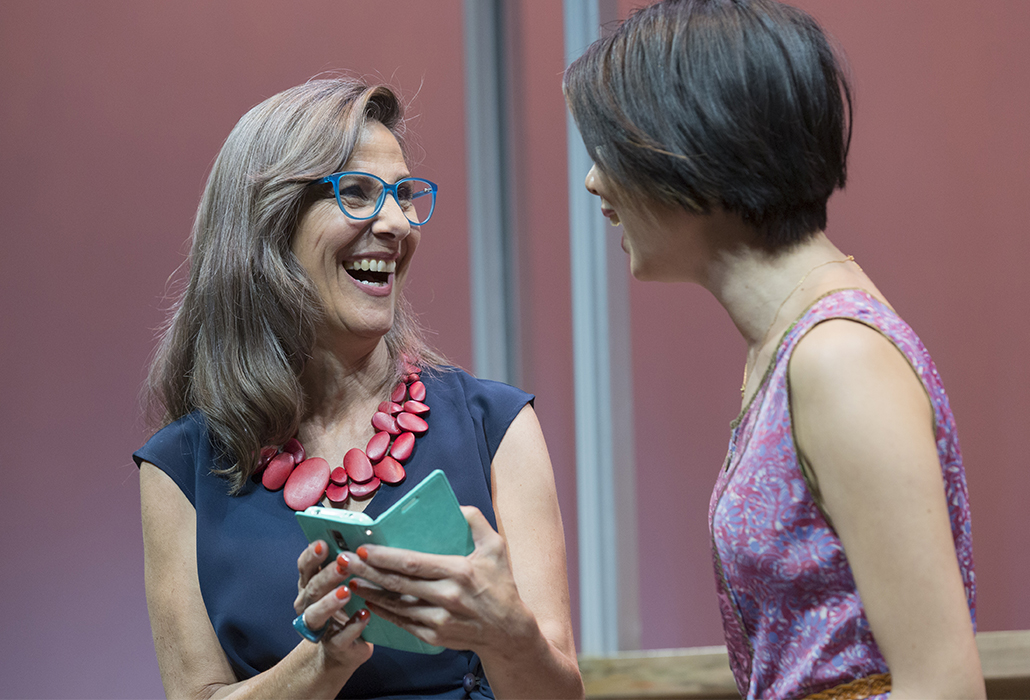 Nelli Browne is agent and friend to both Vicki and Celia, and she treads a mind field as her loyalties are compromised. She tries to balance the egos and emotions of her clients while she sources work for them both.

Nate Macklin is a thriving producer of packaged series for providers like Netflix. Vicki triumphantly sells him a pitch for directing a movie. Revenge is brutally orchestrated by the jealousy, competitive and ruthless nature that is seething and simmering in Vicki. Blatant bitter ambition motivates cruel and cutting decisions. 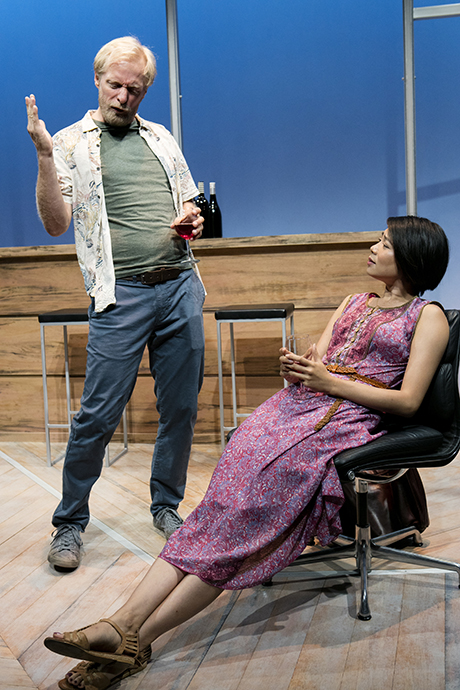 Tension and anticipation are carefully constructed in the first act building to a very powerful second act. Hostility, manipulation, disappointment, betrayal and rejection are woven as the plot evolves and revolves.

Williamson discerns general principles and trends within the industry, many of them mirroring the competitive and stressful nature of the working world in contemporary society.

The fragility of job security, the transient nature of friendships and the rigour of sustaining moral fortitude pervade his writing. Williamson has not only been immersed in the industry but is also an astute observer of the details of life.

The actors have accurately and convincingly portrayed the elements and substance of Williamson’s play. They have effectively interpreted and captured the emotions and experiences that have influenced the action of the drama. 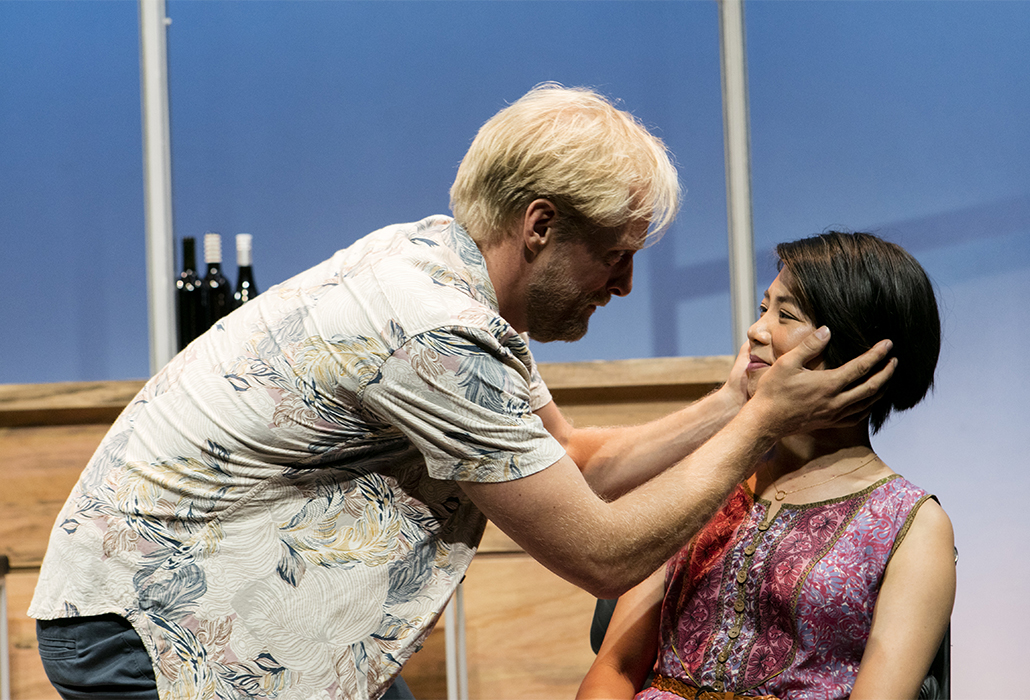 Aileen Huynh imbues Celia’s character with vulnerability, reticence, charm and fortitude. Her resolve is courageous and her patience steadfast. Huynh’s is an intelligent performance that subtly honours sincerity and veracity.

The cunning and audacity of Vicki’s personality are accentuated in the brash, confident, dismissive and punishing style of Claudia Barrie’s portrayal. She registers with the audience the physical sense of power and determination, shaping tension and creating mayhem. 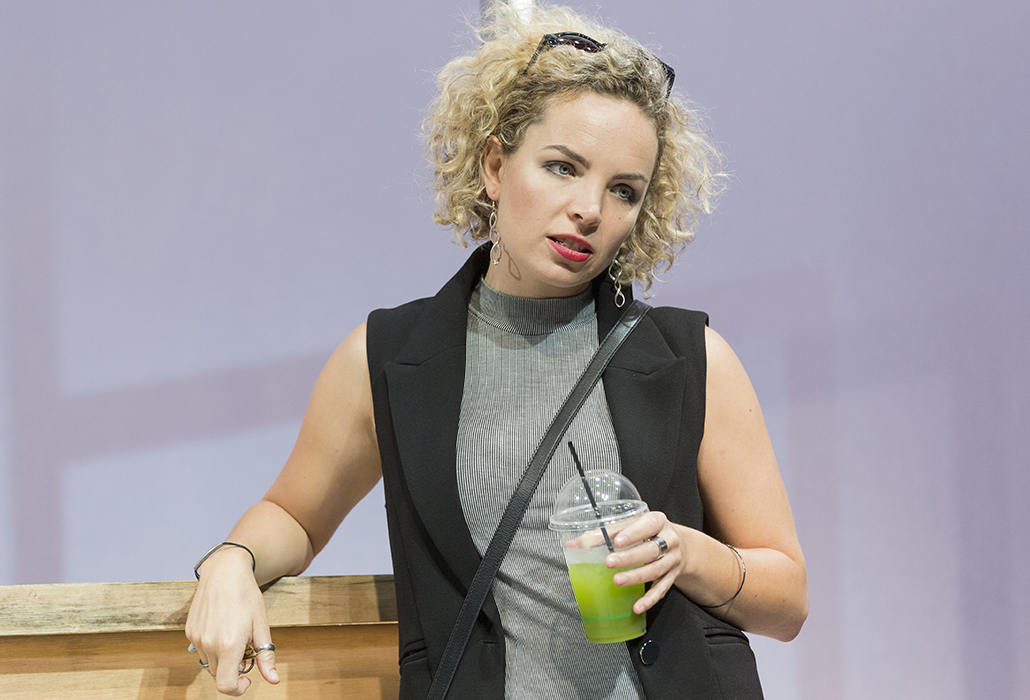 Nelli is a lynch pin between Celia and Vicki juggling their emotions and careers. Zoe Caride’s performance is very balanced, measured and realistic. She is convincing in her observations of and reactions to her clients.

Jeremy Waters’ performance as Rohan has the appeal of a once viable and flourishing screenwriter coupled with the essence of a lovable rogue. He is able to deliver pathos that is shrouded in an optimistic hope. Waters communicates the state of guilt with genuine and touching remorsefulness. 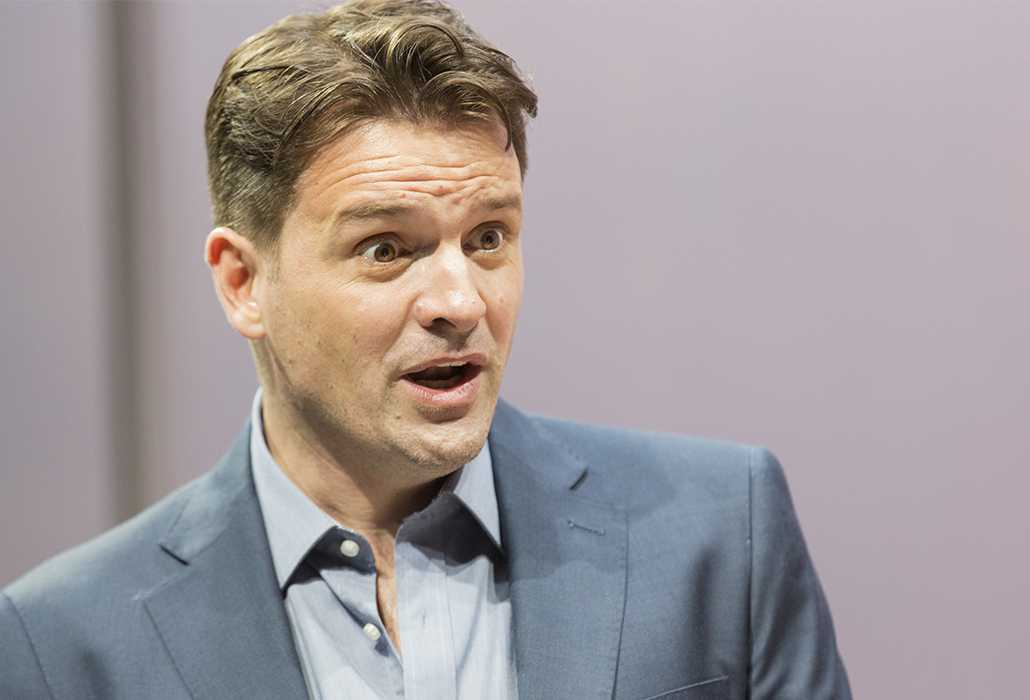 The demeanour of Nate, a highly motivated and shrewd producer is eminently present in Matt Minto’s role. It was a coherent performance, and he expertly conveyed the attributes and disposition of his character.

Ben Wood inhabited the character of Rolly through his nonchalant style, languid movements and impeccable timing. His lackadaisical approach was tempered where appropriate with depth and emotional resonance. 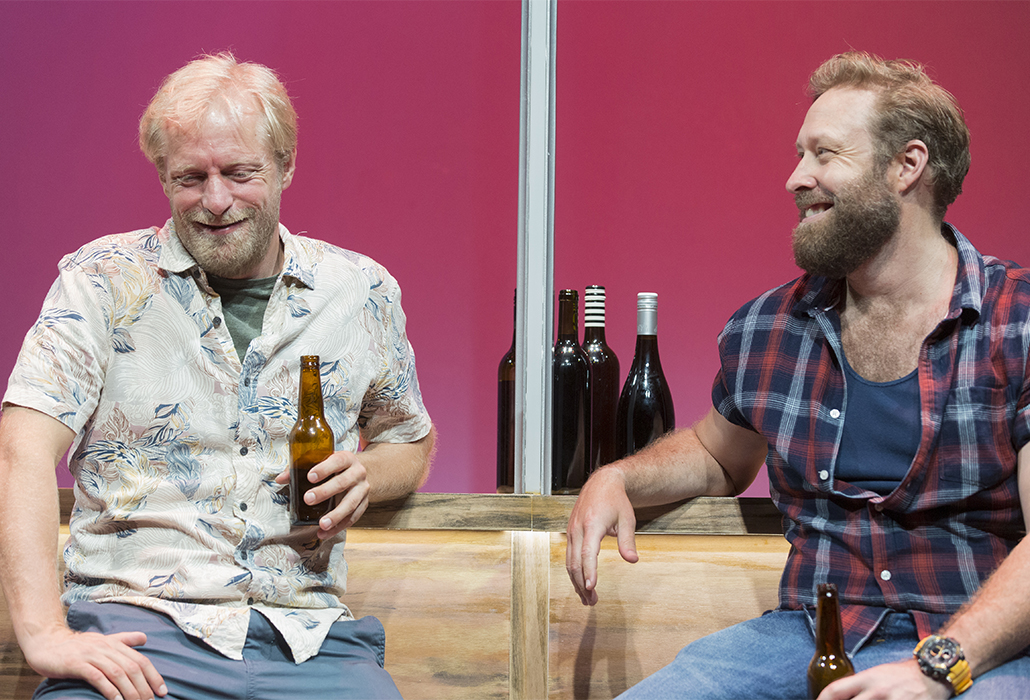 Jeremy Waters as Rohan and Ben Wood as Rolly in The Big Time, Ensemble Theatre Sydney, photo by Brett Boardman

Wood’s connection with his character was totally absorbing to observe. His performance was a definite standout and added a pragmatic and endearing quality to the play.

The Creative Team lead by Director Mark Kilmurry, relished in the realisation of another showpiece from Williamson. The direction of the play was enhanced by Melanie Liertz’s minimalist and functional set design.

The strong lines of the silver vertical frames were echoed in the two bar stools. The modern restrained approach fashioned the ambience of home, office and café sparingly and tastefully. 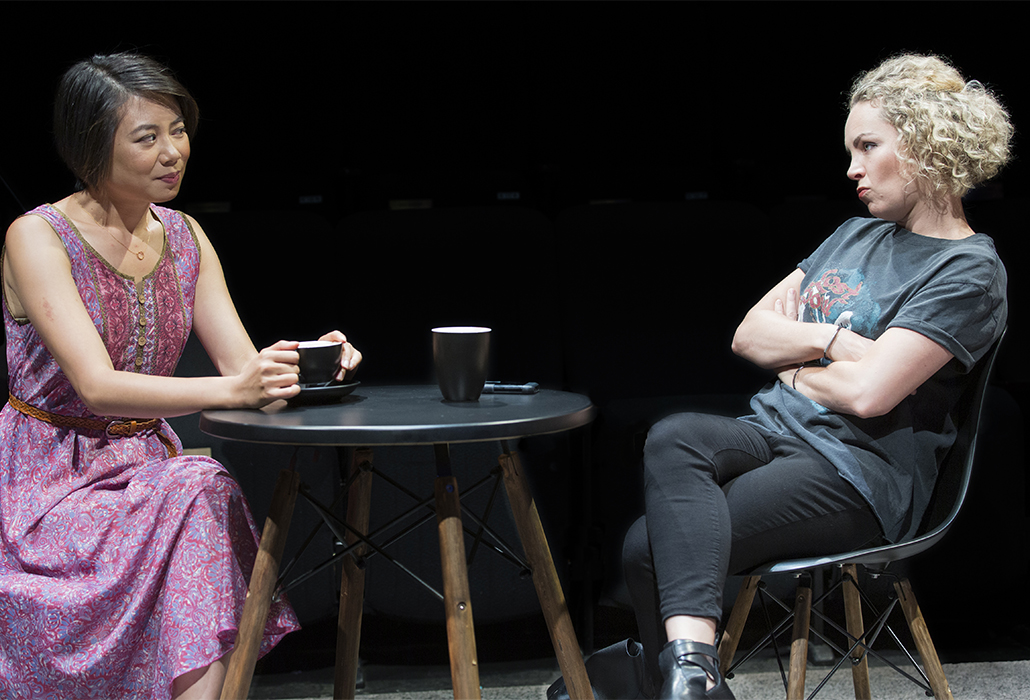 Sound Designer Marc Ee’s informed choice of music punctuated and vibrated with the ebb and flow of the dialogue and action. The music, an essential dimension, was integrated with expertise and discernment.

In his Director’s Note Mark Kilmurry writes ‘ The Big Time has at its core loneliness, desperation, jealousy, ambition and betrayal while creating a world of likeable characters that make us laugh.’ 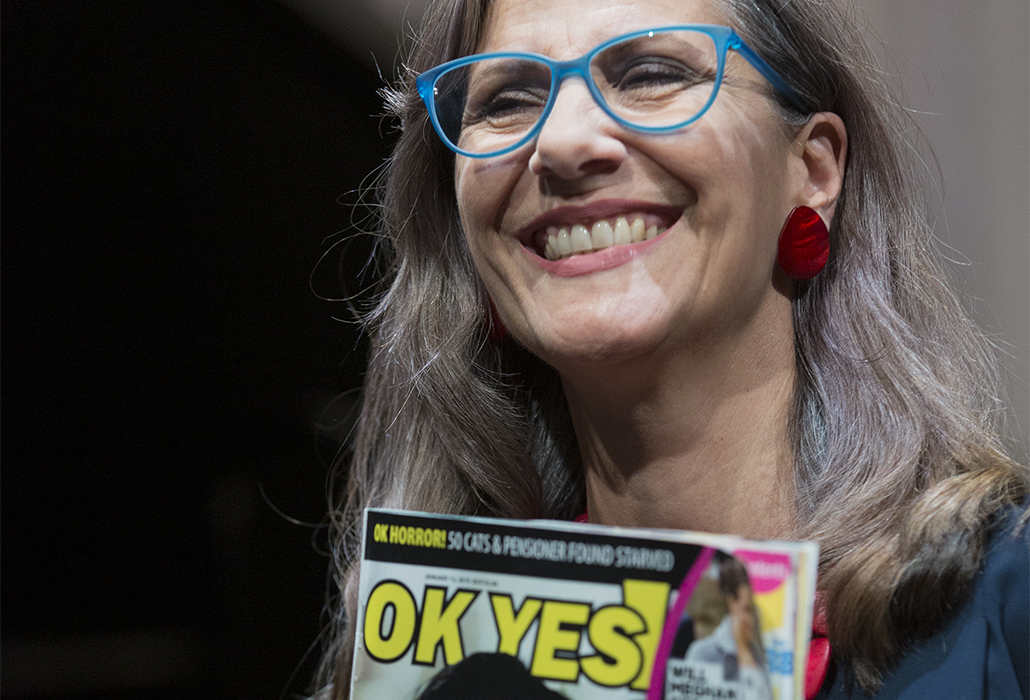 David Williamson’s The Big Time, is a theatre experience not to be missed. It offers audiences insight, understanding, humour, and it is essentially entertaining. It is relevant contemporary theatre penned by a much appreciated Australian playwright.

The Big Time
by
David Williamson