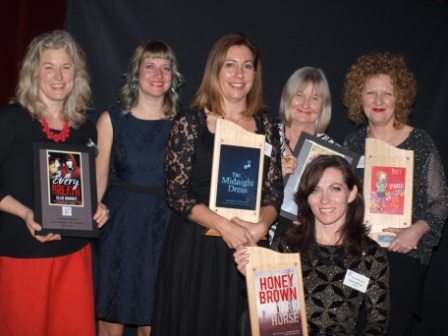 An exhibited artist, feminist, teacher and public speaker, the educational qualifications she laid claim to of study in English and Parisian schools and unidentified honours in History, Modern Languages, Composition and Elocution have never been verified.

Doesn’t matter whether her claims of tertiary education were factual or fanciful, Ellen earned her place in modern day history books when in 1865 her book Force and Fraud was published in serial form in the Australian Journal. Predating Wilkie Collin’s novel The Moonstone by three years, Ellen Davitt was the first author to write a crime novel from a distinctly Australian viewpoint. Perhaps because it appeared in magazine rather than in hard back format, Force and Fraud, although well received at the time, was until recently ignored in the annals of Australian crime writing. In 1993 it was released in book form in the Australian Books on Demand series.

Force and Fraud attracted academic attention and critical acclaim as a well written murder mystery, which also provided an intimate realistic snapshot of life in nineteenth century Australia; Ellen Davitt confirmed as: not only a good writer but Australia’s first crime novelist.

Ellen’s life, both as a child and adult, was characterised by reversals of fortune; her father, Edward Heseltine, a Yorkshire bank manager, embezzled £5,000 from his employer, escaping to France to avoid a prison sentence. This firsthand knowledge of crime may have unknowingly influenced Ellen’s choice of writing genre.

Forthright and progressive in her views, she was not a woman who followed the conventions of the day which may have been the reason that Ellen’s employment sometimes ended in dismissal.

Arthur Davitt’s business ventures did not prosper in Australia and he died in 1860. Ellen Davitt survived her husband by 19 years but sadly, her writing of Force and Fraud and subsequent publications did not bring her financial security. She died in poverty of cancer in Melbourne on 6th January 1879. This year a record 76 books in 6 categories entered the awards.

I caught up with two authors who entered the awards, Honey Brown, whose psychological thriller, Dark Horse, won Best Adult Novel and Ellie Marney, whose mystery novel, Every Breath, entered in the Young Adult category was Highly Commended.

I asked these two talented writers what it felt like to win or be commended in this year’s Davitt awards and what effect it would have on their writing careers.

I unashamedly love receiving an award like the Davitt. Above and beyond the excitement of being acknowledged and praised for my work, I think of awards as special because of the permanence attached to them.

The Davitt is a stamp of approval that will stay with my novel Dark Horse no matter what mistakes I might go on to make as a writer.

I can hang my hat on that one time I did get it right. Longlistings and shortlistings have the same effect, so my congratulations go out to all the nominated authors.

In terms of the help it gives me career-wise, it lays a terrific base. Awards shoreup a writer’s foundations, particularly when we are trying to break into new markets.

Ellie Marney was equally enthusiastic about her commendation and said: Winning (or in my case, being Highly Commended) for any award is like a little bit of heart-balm, I guess.  Sending a book out into the world is fraught with anxiety at the best of times – is it good enough? will people enjoy it?  will it sink like a stone?

It’s really nice to have a tangible reminder that yes, your book is generally considered good enough.  Something to look at and remind yourself that you can do it when you’re bogged halfway through the draft of the next book.

As for career – this kind of validation is something I never expected.  But yes, it certainly won’t hurt!

I asked Honey and Ellie how important writing groups like Sisters in Crime are to aspiring and established writers and if they had any advice for beginning whodunit writers?

Creativity is such a fractious, indefinable thing. I spend as much time with the sense it’s slipping through my fingers as I do feeling held firm in its red-hot, buzzing grip.

Without the Sisters in Crime, I’d have no one to talk about that with.

Whether you’re a published author or an aspiring one, touching base with other creative types helps regain perspective. Sisters in Crime, are great because they’re such a warm and generous bunch.

There’s not a smidge of snobbery in their ranks.

And that leads to the advice I might offer to writers starting out – avoid writing snobs. They’ll leave you bored and uninspired. Ellie Marney’s convinced Sisters in Crime were crucial to her success as a writer. She commented:

I can’t emphasize enough how important it’s been for me to be involved with Sisters in Crime. A group of dedicated readers, writers and field experts in one organisation, that supports you and your work at ground level, and promotes and encourages every step of the way? – yes please! Sisters in Crime, are one of the most fantastic support groups for women writers in Australia.  I got my first break through their annual Scarlet Stiletto Awards, which I won in 2010.  Without that, I would never have blended together my own love of YA and crime writing into the book that became Every Breath.

The support I’ve received, and the help I’ve been given…not to mention all the friends I’ve made within the organisation…it’s all been vital to my success as a writer.

I encourage crime writers to get involved with groups of this kind. I live in a rural area, so it’s really important for me to have contacts and friends in an urban centre who provide comradeship and support.  It’s been great to be part of SIC and also be involved in short courses with the Victorian Writer’s Centre.

As for advice for aspiring whodunnit writers…  Read lots.  And then read lots more.  And don’t stop halfway through your first draft, for god’s sake.  Just sit there and bang it out. Remember: you can shape the clay later.

Honey and Ellie gave me the lowdown on where their stories come from:

The concepts behind my stories come from real life events. I’ll read about a crime in the newspaper, or watch a story on the news, and find myself wondering how something like that could happen.

This original idea gets me started, and I loosely construct a storyline and a plot in my mind. 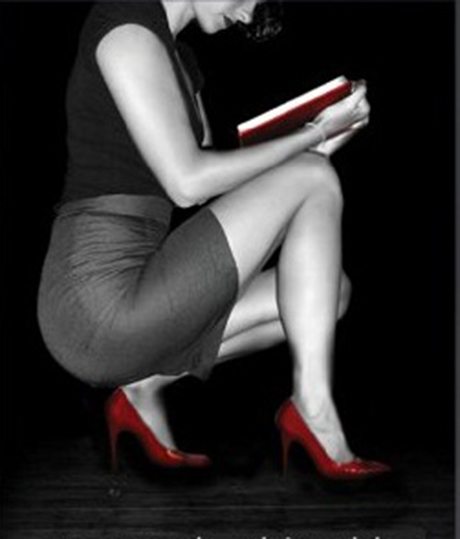 The complexity of the plot unfolds when I sit down to write the first draft. As my characters develop, they inform the twists and turns within the story.

This is what works for me.

Ellie finds plots easy to come by and commented:

My plots are easy!  Inspiration comes from everywhere. My most recent book, Every Word, was inspired by an interest in Shakespeare’s First Folio, and the natural direction that my character seemed to be heading in.

I also find other people’s books inspiring, as well as newspaper articles, over-heard conversations, films, TV, and even songs on the radio while I’m washing the dishes…

Interesting to see how Honey’s sexier style of writing is received – great she has got the opportunity to test the market with something new. Ellie’s next book is the third and final book in the Every series, Every Move. After that is released she is looking forward to plunging into a new YA crime book set in Mildura.

Thanks to Honey and Ellie for their insight into the Davitt awards and the crime writing process.

Seems like if you are a crazy mad whodunit fan (like me) or a crime genre writer then SiC’s events are the place to be – in Melbourne (where most members live), Sisters in Crime, have a full calendar of events. This includes book launches, interview panels, debates, quiz nights and tours of places you never imagined it possible to visit; Victorian Institute of Forensic Medicine and the Victoria Police Museum for starters.

SiC events, friendly and fun with a focus on whodunit and why, checkout their website to get a taste of where Melbourne’s crime scene is at (brothers-in-law are also welcome). 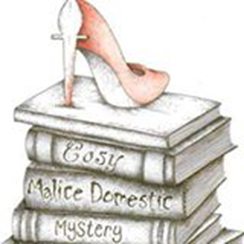 SiC Co-convenor Maggie Baron will talk to Sandy and Sandi about their books, their lives and their literary aspirations.

Ref: Ellen Davitt’s bio was researched from the internet article ‘The History of the Murder':  Ellen Davitt as a Crime Writer by Kate Watson, Cardiff University which makes mention of Lucy Sussex’s research in ‘Women Writers and Detectives in Nineteenth-Century Crime Fiction: The Mothers of the Mystery Genre’.