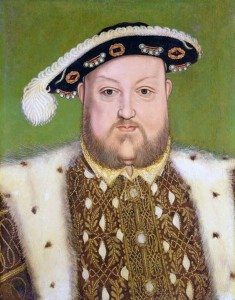 Fashion imposed on costume dictates and reflects the changes and concerns of a society in any one place at any one time. During the 15th and 16th century in Italy an outpouring of art and economic growth was reflected in the textiles worn. There were rich tapestries, brocades with gold thread and the legendary cloth of gold. A patron who was at once conspicuous, wealthy and passionate about the antique fostered the fashion for valuable ornaments. Goldsmiths were trained, not only as a jeweller and goldsmith, but also as painter and sculptor. Allegorical designs were incorporated into decorative devices, including the enseigne a type of badge worn on the hat or cap of a man of prominence. In England Henry VIII took them up with great alacrity. The charm of such an emblem is that its significance was only known to those already familiar with it. Biblical themes were popular, or a portrait, monogram or device of the wearer or his patron saint.

In the sixteenth pilgrims traveled around Europe and Greece in search of the ‘plants of the ancients’. It was at this time the European plant world began to change with the introduction of oriental bulbs. At this time the science of botany also broke away from medicine, to which it…