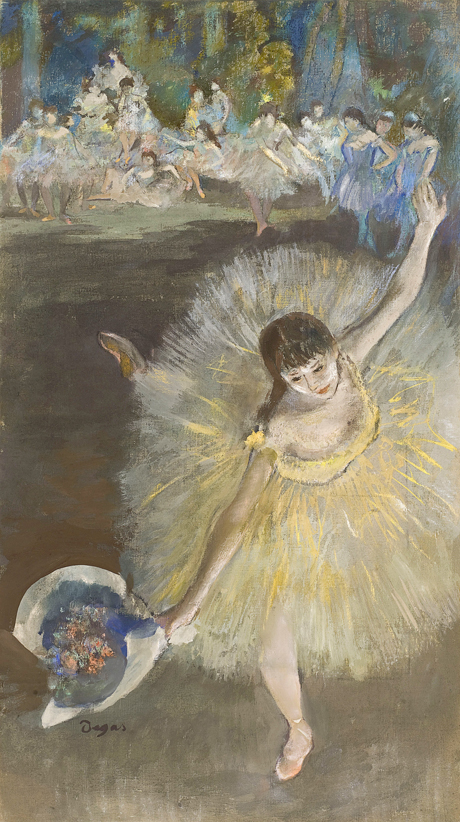 “Voyeuristic glamour” is how Tony Ellwood, Director of the National Gallery of Victoria (NGV) described the exciting and most complex Winter Masterpieces 2016 Exhibition to date, which will be held 24 June to 18 September, 2016.

In a city of continuing creativity and renewal the show Degas: A New Vision is a wonderful coup for a remarkable team at the NGV in Melbourne under Tony Ellwood’s great guidance.

Networking with The Museum of Fine Arts, Houston where the exhibition will travel in October following its time here, the NGV team of curators and specialists in their fields have created a unique display, one all Australians will be able to enjoy first.

Special Minister of State for the Victorian government Gavin Jennings recently officially launched the exhibition stating that over 200 works of art will be assembled from institutions in 41 cities and 13 countries around the globe.

This display will be a rich experience and another fine example of the strong French connection between the French and Australian, peoples, whose history is firmly anchored in its state of Victoria, first called Terre Napoleon.

The show will honour the French people and their great artists. Both Jennings and Ellwood expressed their grief at the shocking news stemming from the city of light and love over this past week.

Over the centuries Paris has been a home for artists to be inspired by. It has become renowned as an amazing centre for cultural studies, which Melbourne in Australia is today. They posed and pirouetted prettily against a backdrop of two of Degas wonderful works observing the ballet at Paris and a cotton office in New Orleans during the age of modernity.

A restless innovator, a versatile technician and most prolific explorer of the fine language of art, Edgar Degas (1834-1917) gradually became renowned as an extraordinary draftsman.

His mastery of movement in his images of the ballet represent more than half his works partly because they sold well. Above all they helped to keep food on the table, which was hard for artists in Degas day as well as our own.

Recorded at play, at the opera, the ballet or the horse races, at home, in their gardens, their bedrooms and from under their beds, whether undressing, dressing or, buck naked in their bath and much more, Degas is today considered one of the greatest of artists of his day and ours.

All aspects of life fascinated Edgar Degas and he studied people and their everyday gestures in great detail. 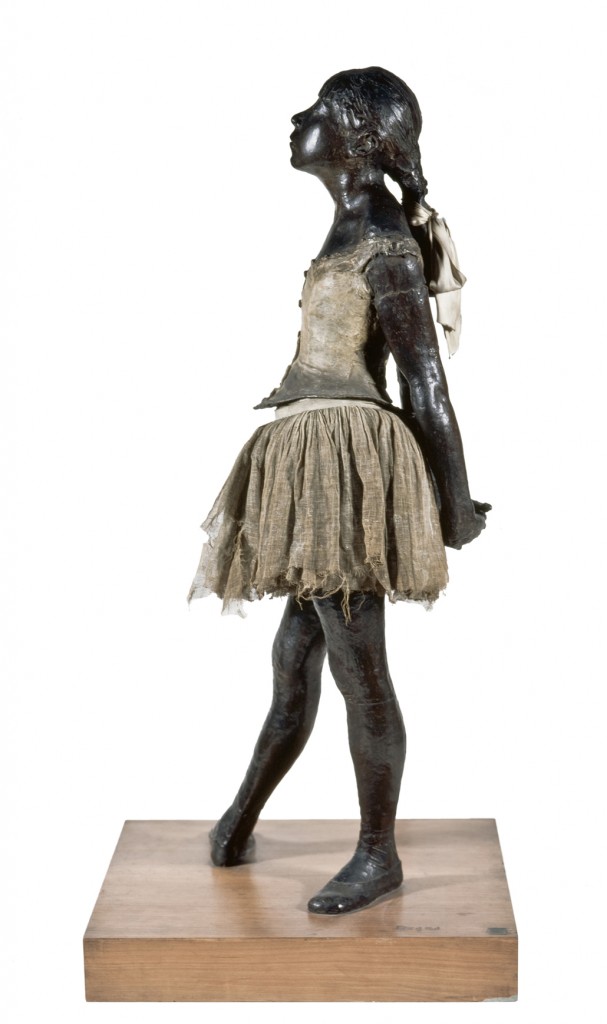 Edgar Degas challenges us all to explore the notion that rather than just being seen as an impressionist he also wanted to be also seen as a realist.

As well as being a superb painter Degas was also a very fine sculptor and his influence on many of the leading figurative artists of the 20th century, including Pablo Picasso and Henri Matisse is considered profound.

The Exhibition Degas: A New Vision will embolden visitors to contemplate not ‘what the artist sees, but what he wants us to see’ noted Gavin Jennings.

The pre-eminent expert on Edgar Degas, Henri Loyrette, former director of the Musée du Louvre at Paris is the principal curator of this splendid exhibition that will provide a rich experience for visitors and locals alike.

It is both timely and topical, resonating with the recent conflation of high fashion and art in our time.

It also responds to recent scholarship about the world of ‘Modernism’ a term we have adopted to describe a diverse range of architectural and interior decorative styles, as well as applied and graphic arts created between approximately 1880 and 1940 on an international scale.

Charged with ‘intellectual vigour’, these are works completed by a sophisticated artist and Degas was one, intent on expressing himself by using technical and tactile complexity. Degas liked his fellow painters was kept busy exploring new information and the new inventions impacting on the all-new world they were choosing to record.

The so-called Impressionists wanted society to become forward thinking and they provided subjects that were either dark or light, en grisaille or in full glorious rich sensuous colour.

The incredible colours they used were available in pastels, short sticks of pure colour made from pigments by the family of Henri Roche.

They made them especially for Degas and other modern and impressionist artists and Pastels de Roche is still operating today and in the same place.

Paris was, and is still, a place that nurtures artists as well as an amazing centre for cultural studies, which Melbourne in Australia is today.

Rather than focusing on one aspect of Degas’ life and career, the show will be divided up into themes.

The art movement of Degas’ times was all about capturing the moment, the joy of life and revealing many of its secrets or truths.

The promise was, that if you did decided to follow you would at least be able to trust you were mostly seeing an optimistic view of life and one lived as it really was. His amazing view of a cotton office in New Orleans in 1873, a scene that shows his own ‘American connections’, was the first work he ever sold to a museum; Musee des Beaux-Arts in Pau, France.

It helped him to rise above just being a struggling artist, to becoming recognised as an artist sure of his own worth and one who might indeed become ‘bankable’.

It depicts his Uncle Michel’s cotton brokerage business, which he visited in 1872-1873. Asked to paint some of his relatives portraits, he decided to show them as a group working in the family office. People of fashion in Degas’ day at home wanted to be seen everywhere in the city: on the street, after church, at soirées, and at the theater wearing sumptuous silk day dresses.

His portrait of The Bellelli family also had a personal connection, his father’s sister Laure depicted with her Italian patriot husband the Baron Bellelli (1812-1864).

Depicted in mourning clothes for her father, whose portrait is sketched in red behind her, Degas while revealing the sadness on Laure’s face also uses a technique that isolates her from her husband, revealing there is also unhappiness between them as well.

The only break in the tension produced by the youngest daughter’s pose and the small dog under his master’s chair. Edgar Degas was, by the end of his life, working successfully in the mediums of oil, pastel, gouache, etching, lithography, monotype, wax modelling and photography.

Many of his paintings in later life were taken from photographs after he discovered and had become enamoured with this new and exciting medium. His Woman seated on the edge of the bath sponging her neck 1880 – 95 lent by the Musée D’Orsay at Paris is a fine example of beauty and female sensuality.

Degas and the impressionists while in full revolt maintained in their works the characteristics that define contemporary art in every age; confidence in execution, structure, form and style.

“Presenting Edgar Degas’ magnificent oeuvre in a fresh and reinvigorated light showcases him as one of the defining artists of the nineteenth and twentieth centuries. Considered one of the world’s most celebrated and significant artists, his influence upon modern and contemporary art is undeniable” Georges-Eugéne Haussmann (1809-1891) commenced his modernisation of Paris in 1853 and while forced to resign for extravagance, his vision still dominates the centre of the city.

Grand ballrooms, gilded theatre boxes, inspiring new vistas, venues and places to be seen and seen to be became important as did promenading in Paris, a pavement walker’s paradise.

While we always want to see the city of life in all its glamor, there is always a an underbelly of sadness underpinning any great place. In a café he poignantly recorded a depth of sadness on the face of a fashionably dressed ‘Absinthe drinker’ 1875-76. A former law student renowned for haunting ballet schools with his obsession for capturing reality, Edgar Degas not only wanted to provide first and lasting impressions with his paintings, he wanted them to be viewed as ‘snapshots of life’, warts and all.

Few works are more evocative of modern life and Degas: A New vision will be an ‘astonishing retrospective’. The style of this art has always been popular because people from all walks of life, all creeds and all backgrounds are able to plug into the art movement of Degas’ time and its message about love and life