Intellectual ideas, attitudes and philosophies, fashion and passion are at the heart of the evolution of humankind. They are reflected in the arts, both visual and performance, as well as great design, superb music and style.

In reality there is an enormous backstory about how the intellectual, spiritual and philosophical ideas that first gave us a political system deemed as democratic to consider at all, came about.

Much of western philosophy finds its basis in the teachings of the big three geniuses of antiquity.

Socrates, Plato, and Aristotle. We can’t really begin any study of the western world without talking about them. They are at the essence of who we are as a society; having helped evolve the system we live by; democracy – literally, the rule of the people.

Socrates (470 – 399 BC) didn’t write books; he asked probing, sometimes humiliating questions of his peers and became renowned for his considered contribution to the field of ethics, which you can access Online. Raphael: School of Athens depicts the pagan world presented as a gathering of the greatest minds of antiquity. In the centre Plato points upward next to his pupil, Aristotle who points to the earth. Euclid (Greek Mathematician) lower right, is expounding a geometrical proof with compasses. Diogenes (Greek Philosopher & Moralist) is on the steps. Heraclitus (Greek Philosopher; On Nature rests his chin to write on a block of stone, while Pythaogorus, the Philosopher, sage and mathematician – who studied musical intervals, relations of numbers, theorems etc., sits surrounded by his disciples in the left foreground.’

Plato (c428-347 BC) a student of Socrates and the teacher of Aristotle, made us think about our approach to the many challenges of life. He believed in a heavenly realm of greater reality consisting in forms, ideals and ideas; equality, justice and humanity.

His crowning achievement was a treatise (The Republic) about what constituted the ideal society. 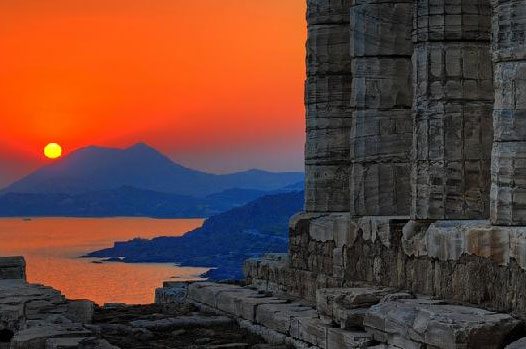 Aristotle (384-322 BC) counselled happiness as the goal of life.

It was Aristotle who had said it was ‘our task to become good men, or to achieve the highest human good’. What is the good for man? It must be the ultimate end or object of human life; something that is in itself completely satisfying

Four centuries before the Christ event Aristotle noted in ancient Athens the temple buildings, the sculpture and the paintings reflected the individual tastes of their creators and patrons. He also pondered how ‘the aim of art is to represent not the outward appearance of things, but their inward significance’.

In his Ethics, he described magnificence as a virtue, saying it is a form of moderation, lying somewhere between extravagance and shabbiness. In Aristotle’s view, courage was also a virtue, however if taken to excess, it could manifest as recklessness, and, in deficiency, turn into cowardice.

Aristotle believed the greatest human endeavour was man’s ability to reason and to embrace logic.

One of his better-known ideas was his conception of “The Golden Mean” or embracing the middle way, which was all about avoiding extremes.

At one end of the spectrum was excess, at the other deficiency. Balancing both at an optimum centre was all about our always acting conservatively and morally.

Courage for the ancient Greek was an aspect of beauty and both ancients and modernists believed in a close association in mathematics between ideas of beauty and truth.

They believed beauty: was all about symmetry, proportion, and harmony and so as an aesthetic is present in many disciplines, including architecture, literature, music and all other aspects of design. An object of love, beauty was important to life and well-being, which is instilled by the architectural achievements of ‘man’, our education priorities (paideia), and political ideology. 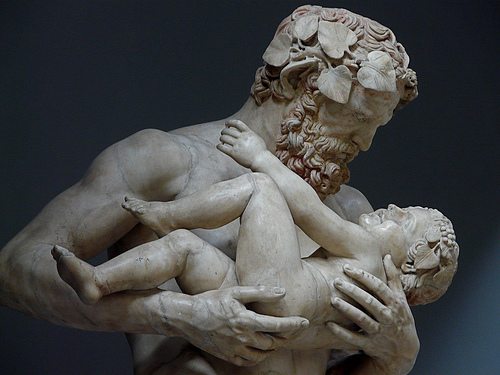 Then there was kindness, which Aristotle defined as “helpfulness towards someone in need – not in return for anything, nor for the advantage of the helper himself, but for that of the person helped”

Kindness is marked by ethical characteristics; a pleasant disposition, a concern and consideration for others, a virtue that still today has great value in many cultures and religions.

Kindness, anyway you look at it, is a superpower.

‘Men of wit are so astounded by the existence of women rivals that they cannot judge them with either an adversary’s generosity or protector’s indulgence. This is a new kind of combat, in which men follow the laws of neither kindness nor honour’* French-Swiss writer, a woman of letters and…