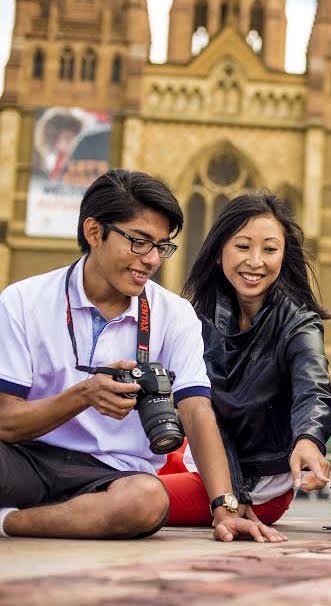 Melbourne is the capital of arts and culture in Australia, a place where many people flock to find their personal career pathway, becoming an integral part of an intensely creative city business landscape.

As an UNESCO City of Literature Melbourne is considered a Knowledge City. It is a place where energy, enthusiasm, excellence and enterprise are integral to its essence.

Considered cross-cultural and institutional conversations are important too as is educating the next generation about their city.

Melbourne, like other cities in Australia and indeed in the world, is a crucible for change. It is also a multicultural city full of opportunities, one whose layers of diversity enriches ennobles and emboldens all who either live in her as well as many of those who visit.

Named the most liveable city in the world for the fourth year in a row in August 2014 by the Economist Intelligence Unit adds another layer of responsibility for ‘city fathers’. Its high scores out of 140 cities in both healthcare and innovative education aided the result.

However it was noted that in terms of culture and environment it still has a way to go, which should only serve to urge the locals on to raising the bar of excellence still further.

In Melbourne the arts, in all their forms, enliven experiences, inspire endeavours, expand enterprise, shape its identity and contribute to the communities well being. This is as important in an everyday business context as it is in a social environment if the aim is to produce the best results.

The Arts Centre Melbourne with its resident institutions like the Australian Ballet plus its different size theatres and concert halls hosts a myriad of events big and small.

They aim always to present artists aiming for a pinnacle of excellence.

Melbourne laneways buzz daily with micro businesses. Decorated with street art they have also become a place where fashion and style is integral to daily life.

As the premier conservation of heritage organisation in the state, the National Trust of Australia (Victoria) is the major operator of historic properties and heritage sites open to the public.

The Trust also harnesses people within the community to become involved through volunteering and by attending many and varied imaginative events.

Currently the National Trust of Australia (Victoria) Heritage Festival offered in April and May 2015 has exhibitions and events across the state for people to join into. The National Gallery of Victoria (NGV) with its two locations, NGV International and NGV Australia have well defined educational programs.

Architects in particular are also busy designing the ‘Sustainable City’, supported in their endeavours by the NGV, which recently announced the addition of a new division; NGV Contemporary Design and Architecture.

This all-new curatorial department will be completely focused on positioning the NGV, Melbourne and Australia firmly on the world stage as a leading hub for contemporary art, design and architecture.

NGV Director Tony Ellwood and his team’s renowned engagement with visual artists and creative practitioners, profoundly contribute to helping create a unique and dynamic cultural identity for this vibrant city.

Reinventing the relationship between the old and the new and keeping the best of its identity from the past and re-imagining it for the future is a challenge. Many new businesses are rising to the occasion.

Gaining an appreciation through education is an initiative bringing hundreds of school students into the CBD of Melbourne to best learn about a city and its many facets.

Excursions available include walking tours for students led by working architects and urban designers including the ‘Golden Mile Heritage Walk’.

The initiative takes students on a walking tour of Melbourne’s famous heritage precincts within the CBD, demonstrating the ongoing legacy of the gold rush upon which nineteenth-century Melbourne flourished.

They can also be kept busy examining architecture by ‘Photographing the City’, and discover the city’s beginnings in ‘The Founding of Melbourne’ and about caring for the environment through architecture with ‘Designing the Sustainable City’. My own experience in surveying for students the evolution of art, design and style over a long period has proved to me just how much people like to know about what it is they are seeing.

It enlivens not only their experience but also helps them to more about themselves and their relationship to their environment, built or otherwise, opening their minds to future prospects through expanding their enquiry.

One excited youthful adult student one day gate crashed my office in Macquarie Street, Sydney to tell me about how when standing looking at some of the buildings further up the street the veil had finally lifted from here eyes.

Just as one of our other male students had also observed and revealed to me ‘now I don’t just look I see’.

Giving students a broad based appreciation of their city by raising their awareness and knowledge of its many faces and stories will not only assist the processes that will keep the city as an important creative hub, but also inspire them to perhaps raise their eyes further to achieve more than they previously thought possible. Art and design history knowledge is vital for anyone seeking to make his or her way in the world today. Such education is aspirational as well as inspirational

France’s legendary restaurateur Claude Terrail at Paris once said “… the new art of living is the art of living that has always been, except for a few small inventions and, nothing should be taken more seriously than pleasure itself’. We certainly do make history by reinventing everything eternal in our past and in Melbourne it certainly seems as if many people are not only taking it seriously but also benefiting from sharing knowledge, assisting students to look beyond what is immediately before their eyes.

Melbourne Architours co-director, Esther Sugihto who is offering its tours through Education Destinations says “… one of the huge issues is how to restore Melbourne’s marvellous architectural heritage in ways that are economically and environmentally viable, given that it’s typically more expensive than building from scratch.”

We aim to start a conversation about what citizens could do to improve Melbourne’s CBD. Sugihto said

Sugihto and her tour colleagues Shelley Freeman, Andy Fergus and Mark Skiba all ‘felt compelled to share their passion for Melbourne’s CBD and the challenges it faces in becoming sustainable’. 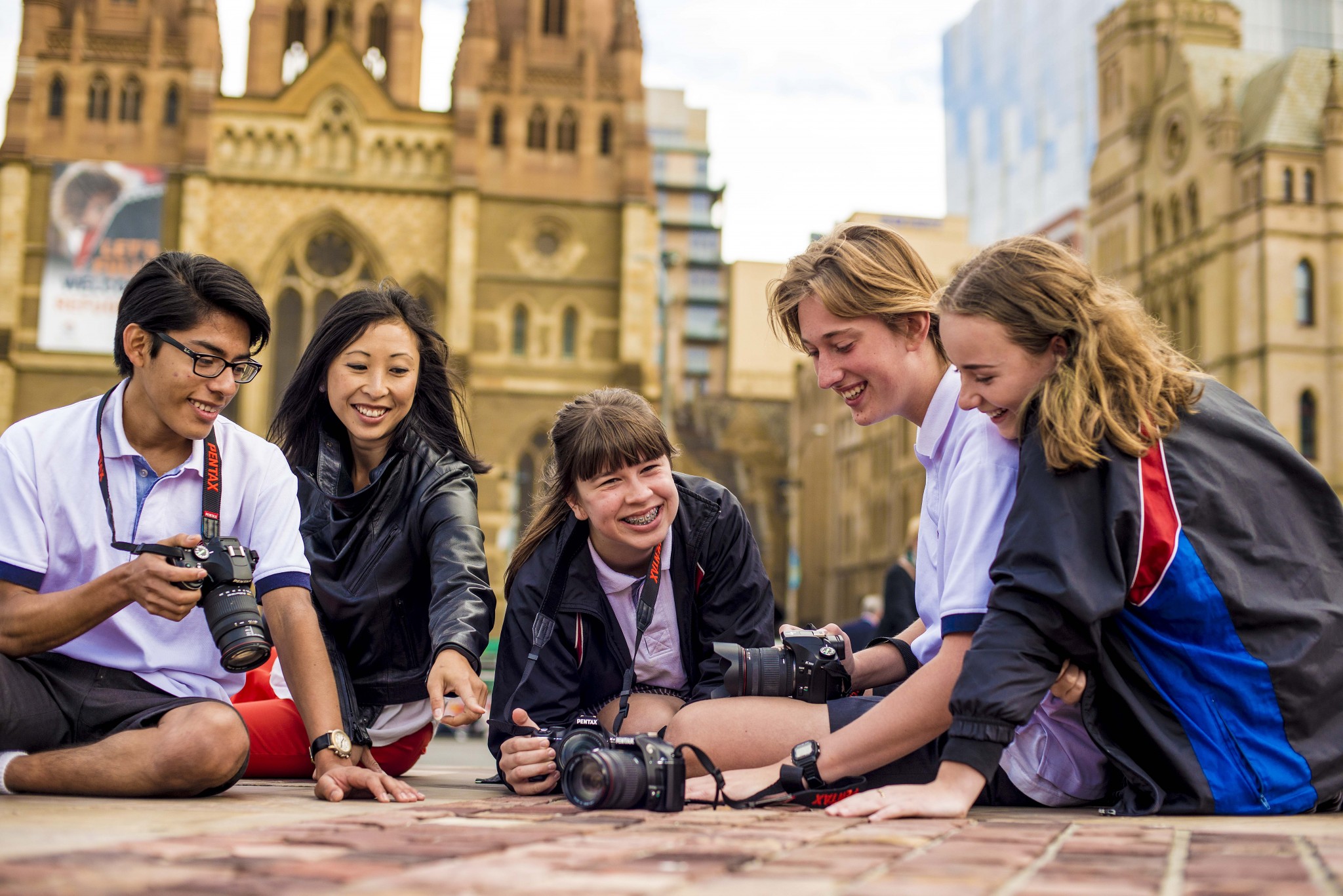 “It’s fascinating to see what students pick out – how old buildings are reflected off the glass of new buildings, or the juxtaposition of the skyline and individual buildings, or how a piece of sculpture interacts with space.” Sugihto said.

Frank Lloyd Wright wanted to achieve inner harmony a key aspect of his design, because he believed forming character in both a building and person was the same.