After a week in politics in Australia that began with people laughingly tied up in knots over blue ties it met morphed into a menu blunder, revealing just how unsophisticated a political party could be. We then encountered punch ups on the football field and members of our army targeting women instead of the enemy.

Dramatically it all ended up in a Prime Minister’s bedroom, where our all new not so polite society proved just how crass and uncivil it could be. It didn’t just start there though, it probably started with the radio prank meant to gain laughs when the Duchess of Cambridge was rushed into hospital early in her pregnancy.

As we are all aware that went horribly wrong and the tragic result should have both informed and enlightened radio network owners, producers and presenters of the responsible positions in society they are privileged to hold.

But no, this week one of their own stuffed up yet again and, big time. The way the announcer talked to the Prime Minister of Australia proved what a rude, ill-mannered and nasty man he is, to say the least.

The words, deeds and actions of people elected to any sort of trusted position within our society, or those running for office in our government must align.

It is all about having respect for others, their private lives and displaying some good sense and common courtesy? And, where has civility gone? 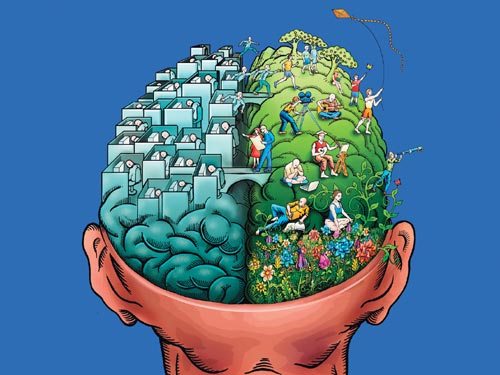 Why is it that so many people seem to be floundering about offering continual offense to others, whether they are acting in a private or professional capacity?

What possible excuse can anyone have at all for displaying such a gross lack of respect for others, most especially for the Prime Minister of our country?

All Australians need to value and honour this most important office of state in our nation.

Ms Gillard accepted an interview on radio to talk about the matters society is concerned about and those we should all be considering in a fair and just manner during the year of a government election. Instead she was subjected to rudeness on a scale previously not known before from a man and his network, which seemingly has no guidelines for decency at all. We should be all turning off the station in droves.

Why? Well if we don’t respect ourselves and each other where do we go next?

How we talk to each other is so very important. Respect for self and others should start within any family fold and grow. Today families take many forms. Whether it is that of modern prince and his princess, a prime minister and their partner, a radio network and its staff, a giant corporation and their workforce, a sporting coach and his team, or those in professional trades, the tradition of honouring and respecting others socially, or culturally means that respect should be a matter of good form.

Whether you agree or not the guidelines for a polite society are there. They have been honed and worked out over a very long period of time as society met morphed from being bullying brash, uncouth and uncaring to being bold, beautiful, courteous and concerned. Well so we thought.

Australia this is your international reputation. How we conduct ourselves in any arena should align. Hiding false behaviour behind a veneer of ‘being professional’ is never acceptable.

Modern manners, codes of behaviour, decorum and rules of etiquette matter in every culture and in every society – they illuminate and respect the human experience. Who we are at home, in the workplace and when we are out and about should be seamless and naturally effortless, because rational individuals who make decisions consciously, consistently and independently are at the essence of who we are.

And that is as true for an executive as it is for a tradesman, a man in a mine, or a woman in a dress shop; re-iterating manners and codes of behaviour matter

Expanding enlightenment will in the future it seems judging by the social media reaction, take the form of a ground-up swell, as new ideas and attitudes that represent our ever-changing cultural landscape are debated openly online.

Nurturing human potential and giving it a platform to thrive is all about society’s sustainability and well-being.  The future can only be shaped by a polite society, as it learns to freely share its thoughts, ideas and failures as it progresses.

In the past most of our societies mores and concerns were addressed and re-evaluated by leaders in society, including politicians, who held trusted positions of power and helped to transform behavioural change over the centuries.

Today it seems that many of those striving to be our ‘August Leaders’ here in Australia need constant reminders of what living in an enlightened world is really all about.

Most of all it seems we need people working in the political arena, as well as the politicians themselves, who will exercise not only their self control, but also their grey matter, discretion and sense of fair play, if not for themselves, at least for the greater good.

Or is it that they have forgotten that’s what their role in society is really all about?

Those who have lost a grip within a game they are trying to play need to be sent back to junior school, based on the appalling example of candidate for the coming Australian national election.

No one minds a bit of silliness from time to time. Enjoying humour in life is important, especially laughter, which contributes to our well-being. But there is a lot of difference between harmless fun and those jokes that can backfire and have tragic results for others. If any aspect of the reports that Mr Brough, a high-profile Liberal National Party candidate, held a fund-raiser event that offered a menu to guests containing crude innuendos and sexist references to the Australian Prime Minister are true, then action is required.

Just drafting it showed a shoddy lack of respect not only for the woman, but also for the most revered office in our land.

If this incident, whether it was for 20 people, 200 or 20,0000 reflects the sort of decisions the potential candidate for the coming election may make if he is actually put in charge of a ministerial portfolio – then we should be all worried.

The past very often informs the future.

This new incident, one in a line of many for the controversial candidate, highlights the role mainstream society has to play. It is a vital and responsible role we have in making sure our politicians, as well as our own members are held accountable for their actions. Potential pollies need to understand if they are hoping to be ministerial material then the buck stops on their doorstep.

Can we possibly imagine such a dreadful slur against any other leader would be tolerated anywhere else in the world, without the candidate being dis-endorsed? To my mind if this incident did happen it would not be enough for the candidate to apologize. Whoever was responsible for the decision to make a fundraising dinner event, one that is supposed to be about social profit, became a very personal, disgraceful attack on the Prime Minister’s person, then they should be sent for a series of appointments with a counselor. They need to better understand being responsible in society does mean respecting some boundaries.

Society needs to pay the bill for this to happen, because it is an investment in its own future.

The sad thing about all of this is that it takes the real focus off the poor performance of our politicians in particular, in life changing matters like the environment, education, health and immigration.

As as so many people have pointed out since; 50 people just drowned in the ocean nearby to our shores. They were trying to reach Australia because they perceived they would have had a chance here to have a better life.

If others have the idea that this is so and are willing to risk dying to gain the freedoms we enjoy everyday then surely it’s about time we stopped fooling around and ensured that it’s not a way of life we all lose. 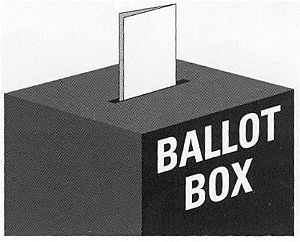 While the menu debacle may seem a minor event among the many terrible things going on in our world, it does highlight the importance of attending to and getting the ‘details right’.

Doing that in the past underpinned the sort of freedoms we now enjoy today.

It’s all about reaching and maintaining a balance of both societal and cultural development.

We must continually challenge our values and perceptions about freedom and justice under the law all the time.

While I am high on the top of the list in forgiveness stakes, it worries me when men of Mr Brough’s age, and others around him, are still carrying on like schoolboys in a primary school playground, rather than embracing what the responsibilities of public life are all about.

The only way to send a message to politicians is through the ballot box, despite us wanting to vote for the credentials of the party our local member represents, we need to choose our candidates for high office in September wisely.

We cannot be just voting for their charismatic personalities if they have proved previously, in or out of office, that they are not truthful or to be trusted.

It should be both a privilege and honour to give service to this great land Australia. If our politicians are found wanting and out of touch, then it is time for them to move on and, it is all of our (society’s) responsibility to make sure that they do.

The election in September is being held in Spring.

Perhaps it’s time for all the parties running for office to begin by ‘cleaning house’. It would at least be a good place to start.