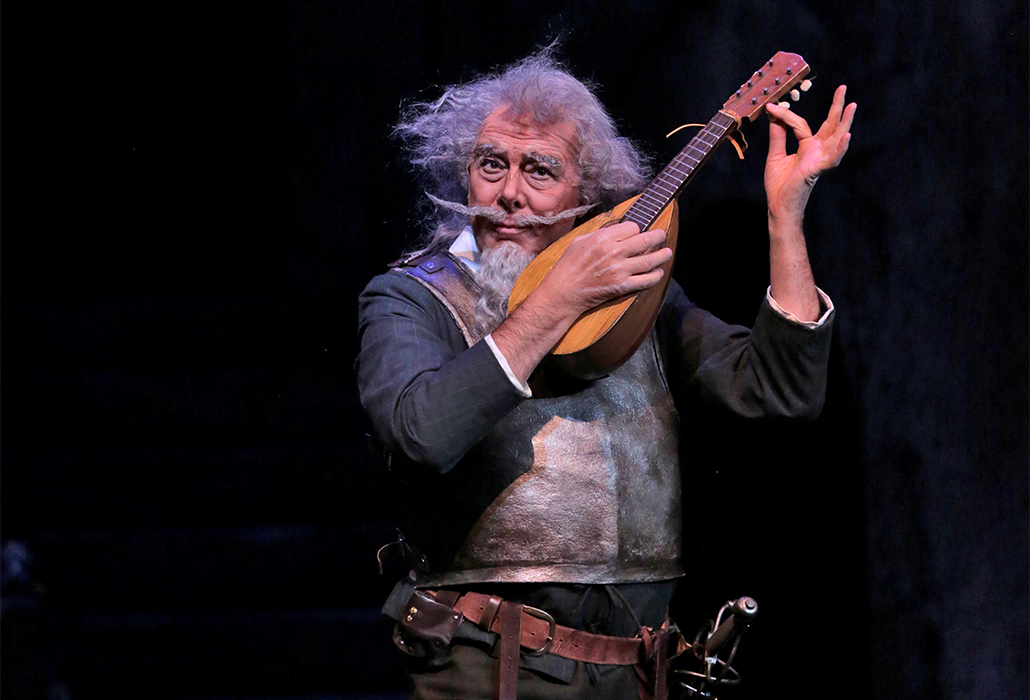 French conductor Guillaume Tourniaire brilliantly guided the principals, together with the Opera Australia Chorus and the musicians of Orchestra Victoria through their paces. 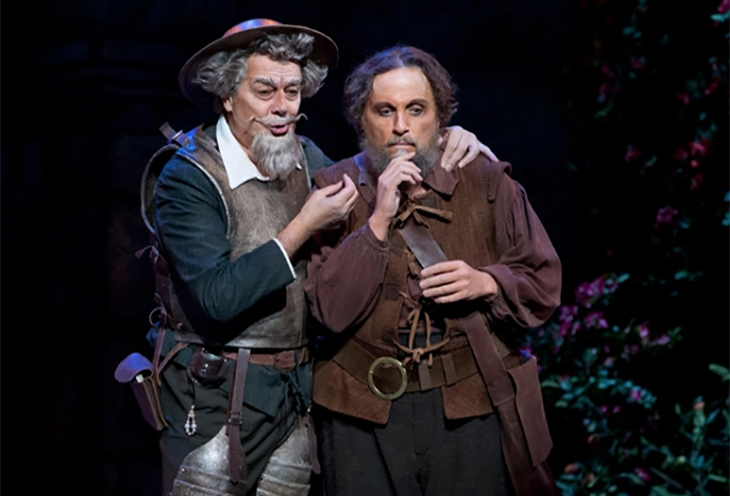 An opera about nobility and restraint, this version of the seventeenth century story, featured the much sought after Italian bass Ferruccio Furlanetto in the title role.

He insightfully and very slowly revealed, why at the end, he and Australian Helpmann award winning baritone Warwick Fyfe as his companion and mezzo-soprano Sian Pendry as La Belle Dulcinée the lady of the Don’s affection, brought the house down. 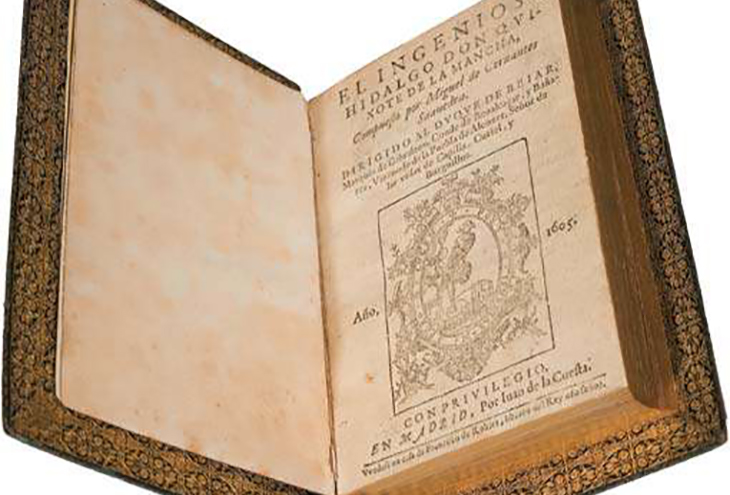 At the time of its publication it reached a new level of social and psychological insight into a so called ‘republic of enchanted men’. Don Quixote lived in his own world of poetic truth while his squire lived in the world of reality. 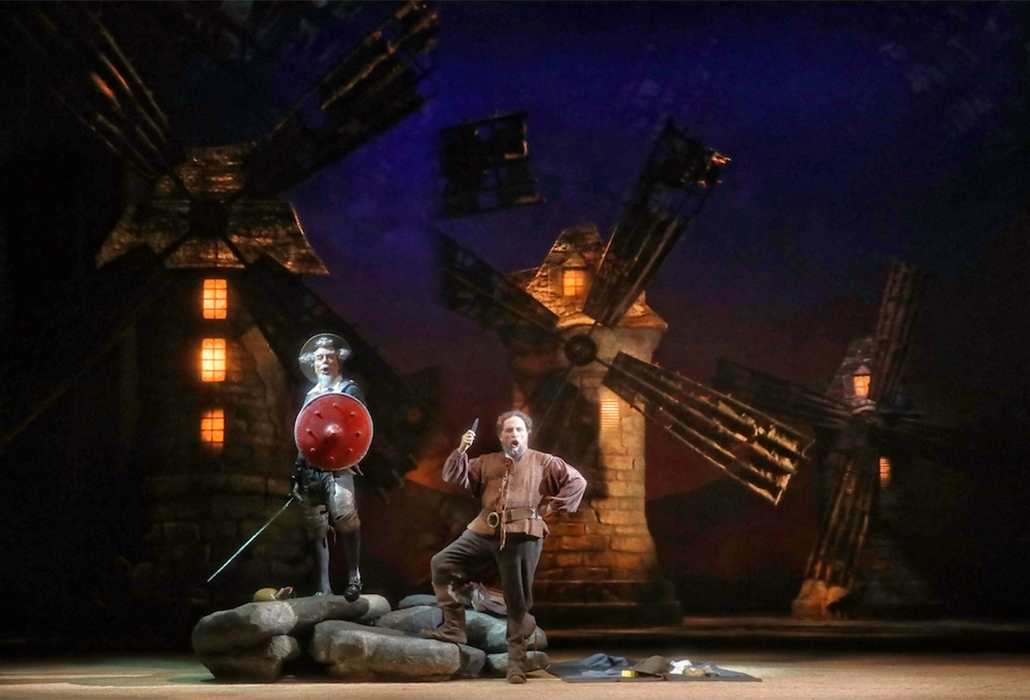 Quixote on one hand saw and attacked an advancing army, while Sancho saw only a herd of sheep. What Sancho perceived as windmills their blades rotating in the breeze were menacing giants to the questing knight-errant, who attacked them with great gusto.

A gentle comic satire against all chivalric romances, this version of the Don’s story is about events surrounding the ‘man of long countenance’, as he and his pragmatic squire Sancho Panza set out on his old horse Rosinante and a donkey in search of love and adventure at the end of his life. Sadly he has all his illusions shattered by truth. 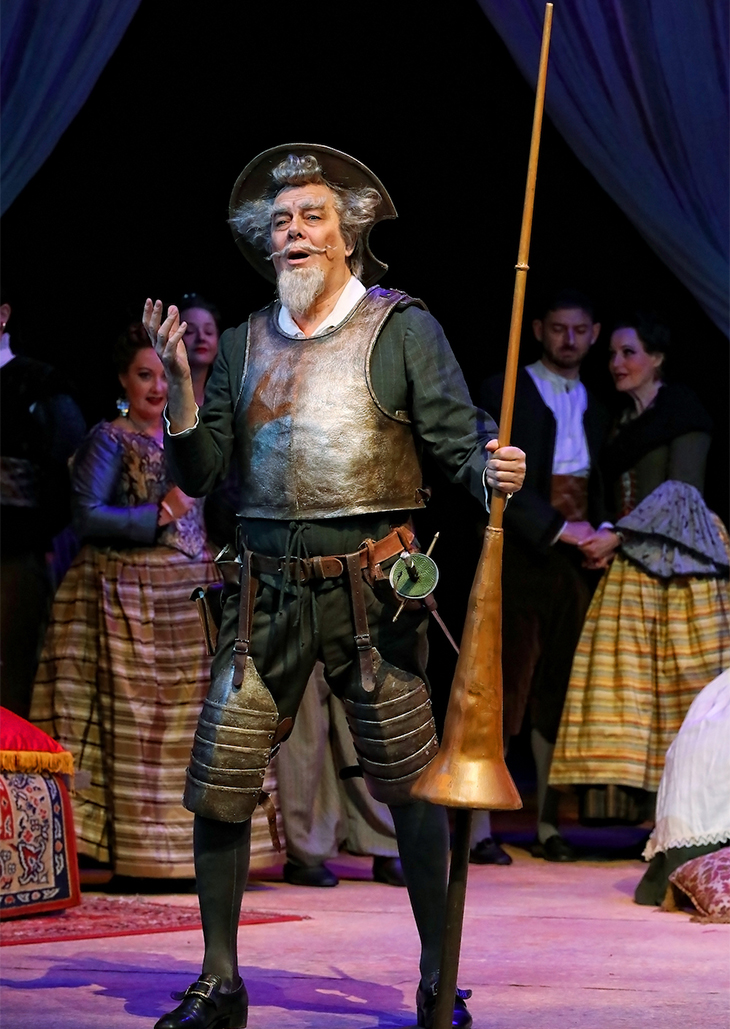 Opera dominated musical life in France during the second half of the nineteenth century and its composers took on the works Grand Opera of the past, bringing into play a style of music meant to woo the ever expanding masses; that of sentimental lyricism.

The production lives or dies on the quality of its lead bass and in this case its overlong production in five acts, found the Melbourne audience producing thunderous applause for the star of the show. They had quite fallen in love with Furlanetto and his portrayal of the old ‘knight errant’, as well as his extraordinary ability to command awe and affection.

It is especially poignant when he transforms the intentions and actions of some people, during his final and passionate pursuit of the woman he believes is the love of his life.

Jules Massenet (1842-1912) became a so-called ‘poet of beautiful sinners’, those who sang of their love. For Don Quichotte he provides an atmosphere of ‘signs, caresses and tears’. 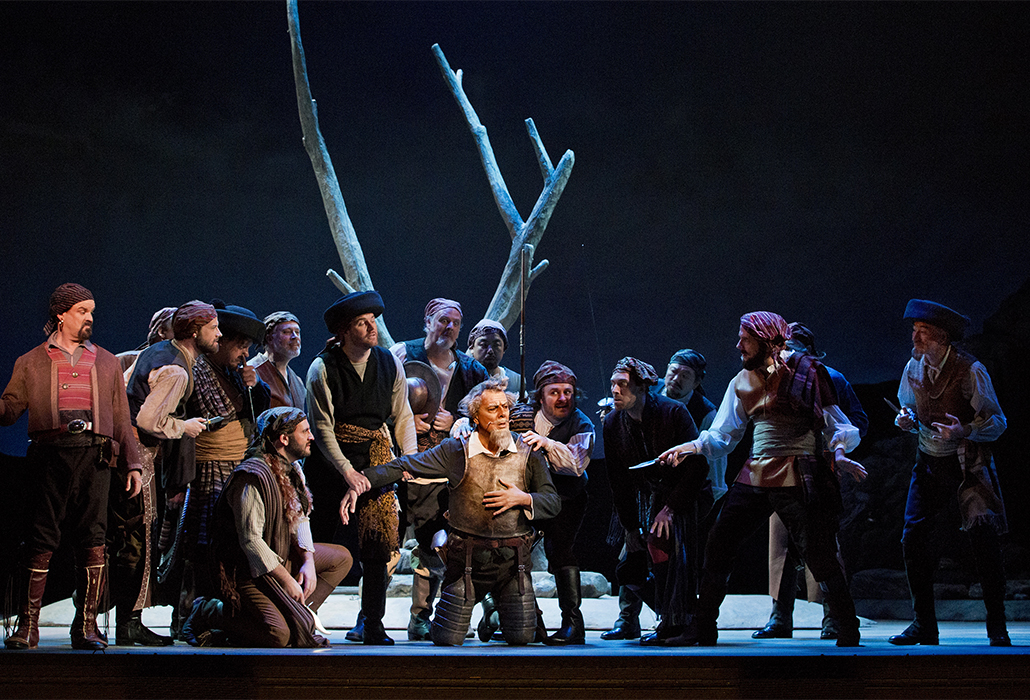 A highlight is a truly telling moment as the Don, whose worn out suit of armour is no match for the power of his innocence, poignantly faces down and convinces a band of thieves, who have stolen Dulcinee’s necklace, about the purity of his brave quest to retrieve it for her.

The musicians delivered the musical score as freshly in Act 1 as they did in Act 5 and under the enthused direction of Conductor Tourniaire, they keep the story alive and fresh from first to last accompanying the players. Between Acts 1 and 2, while the very stage scenery, courtesy of San Diego Opera was changed, there was a very fine flute solo to die for… achingly and most gloriously rendered.

It was in Act 4, when dynamic Flamenco guitarist Gerard Mapstone took to the stage to deliver a very fine solo accompaniment for Sian Pendry, they had me wanting more. Composed by Mapstone on Massenet’s thematic influences, I was left wishing they would have let him expand his masterul piece just a little more, adding just a touch of full on flamenco, despite it going beyond all that ‘restraint’ of the original. After all this is an opera set in Spain where pursuing passion is an everyday occurrence.

Currently completing a PHD at Melbourne University on contemporary Flamenco guitar, Gerard Mapstone gently revealed just how flamenco music is always evolving to present a vital commentary on the current times and societies attitudes and philosophies.

It was a small but sublime moment as he cleverly faded in and then faded out of the crowd. 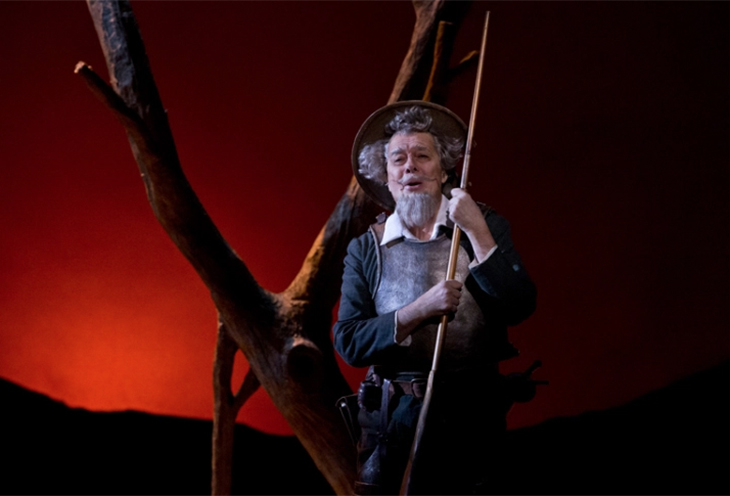 Finding Ferruccio Furlanetto a bass of such quality who also had a ‘long consequential face and body’ could not have been easy, but OA presented the diamond, who has polished his performance as the Don to a point of perfection, with great elan. 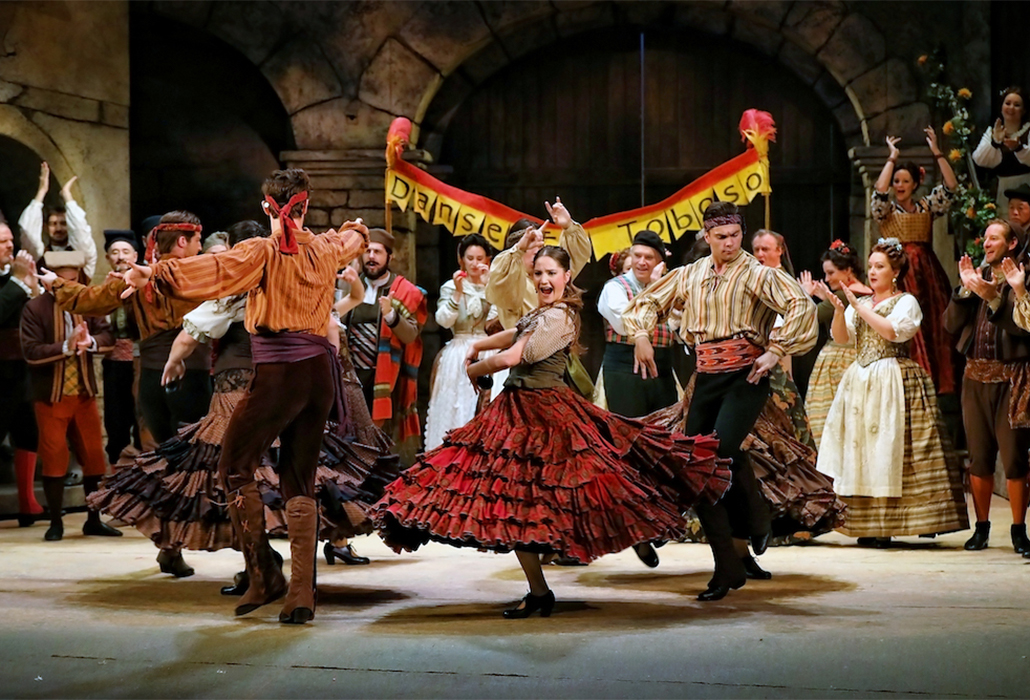 It’s not an easy role to play, in fact just as in the Ballet of the same name, Don Quichotte requires a great sense of theatrical style, a full grasp of emotional resonance, with an ability to apply restraint as a virtue to convince people you really mean what you say.

Furlanetto is so skillful he draws the audience into his head and heart and you will find yourself amenable in the end to whiling away a few hours being convinced of his sincerity. 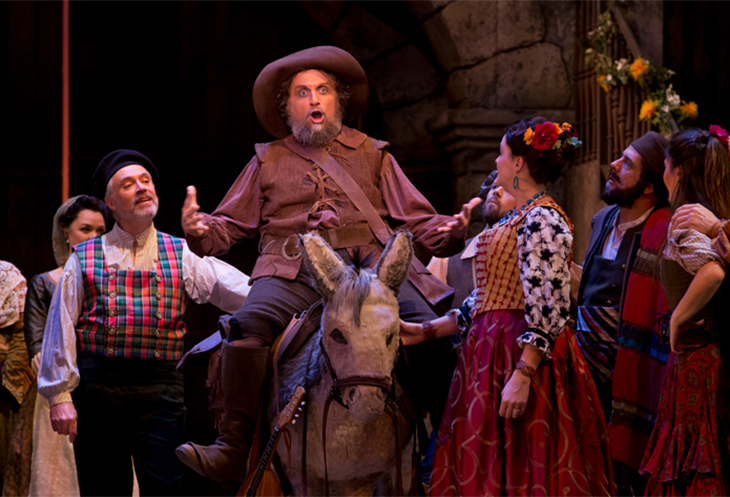 Warwick Fyfe as Sancho Panza is a diamond in the rough, the perfect foil to his much-admired colleague he keeps up with him at every turn.

Then there was the rich dulcet earthy tones of Sian Pendry, which shone – she was easy to admire as she convinced us of her character’s duplicitous nature. 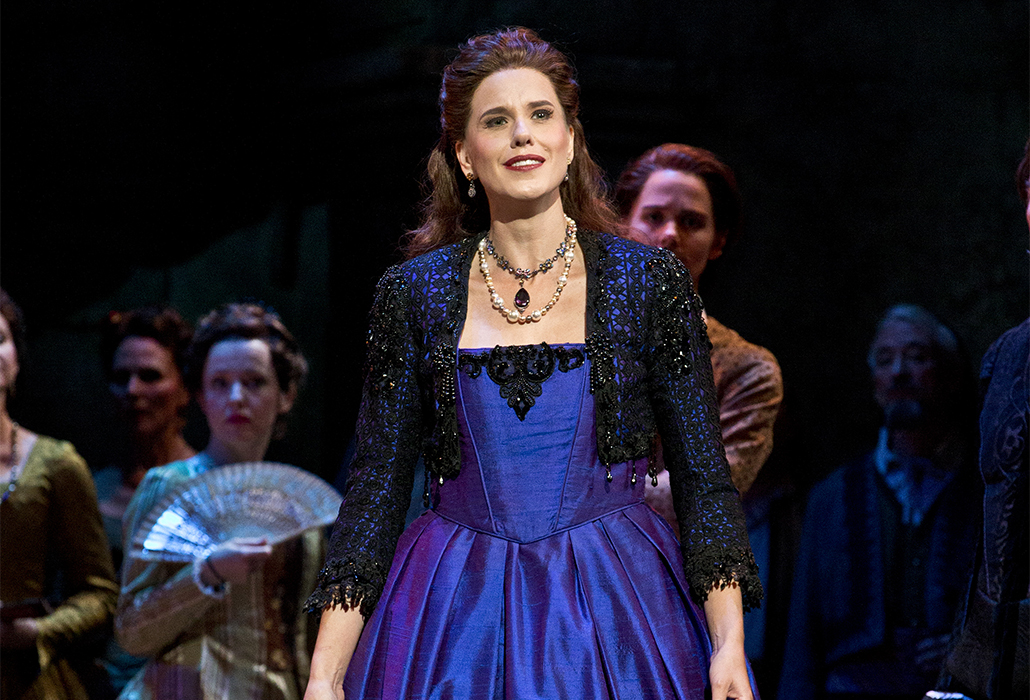 We have been hearing Opera on TV, in advertisements and movies and in general life for years – right now if it is to continue we need the next generation if it is to survive, to discover something in opera they find both powerful and different to aid their own love and life experience. Taking arias and glorious musical experiences from Opera, Operetta and Musical Theatre into the Westfield Shopping Malls in Brisbane and other significant city locations, when I was a producer of community events for Brisbane City Council, taught me how diverse were the range and backgrounds of the thousands of people who thronged to hear it being sung so happily and freely in a place they felt safe and secure. 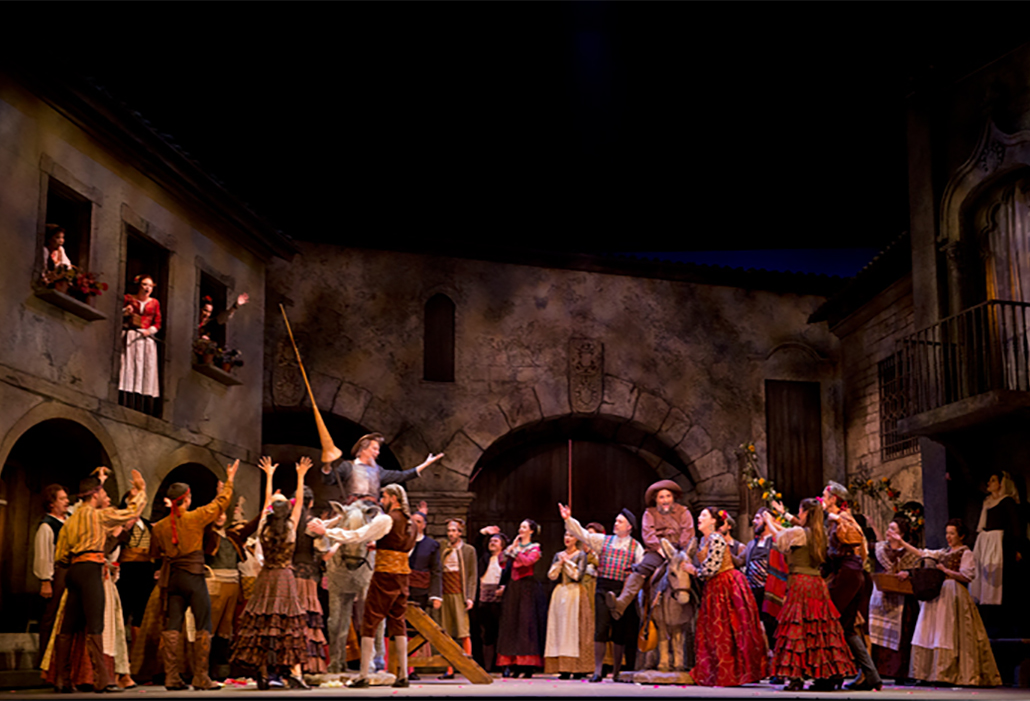 Mothers and fathers held up babies, people with their tatts and wild hairdos cheered, others sat mesmerized by the beauty of it all while a dear old Italian Grandfather from Naples, brought to hear opera for the first time by his younger en masse relatives, reduced my troupe to tears with his joy. 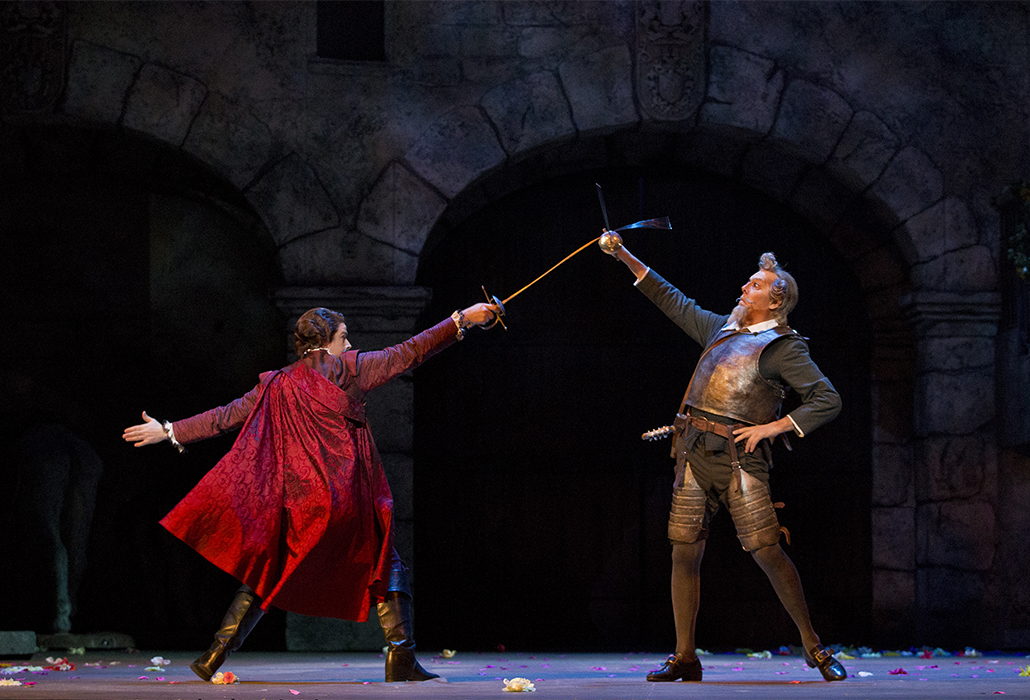 All in all, Massenet’s and Opera Australia’s production of Don Quichotte to my mind, still needed to have many minutes further cut from its over lengthy musical narrative. And yes I do know, the elitists who want to keep opera ‘pure’ will want to lynch me.

This production is weighty, but wieldy and so would transform with the application of creative zeal for a new age. There it is, and my comment doesn’t take away for a moment from the great talent and finely honed skills of the artists and artistry I saw before me.