What would iTV’s Downton Abbey do without its simply wonderful Dowager Duchess, the immutable Maggie Smith? She is a powerhouse in British acting historically and contemporarily. She has a unique sense of comedy, conveyed to those around her with deep emotion but without soppy sentiment. Our London correspondent reports her wonderful retorts, cutting and witty comments continue unabated in Season 2 of Downton Abbey, which ended its series run on English television last night.  Even its writer Julian Fellows admits that “I would be lying if I were not to admit that I write for Maggie.”

This grand English soap opera has gained a phenomenal audience worldwide because of its great writing and a fine cast of British actors. They probably all gathered to do the first series, thinking they were going to have one run. But lo and behold the now much loved characters, villains and otherwise, will be enjoying  a Season 3, set in everyone’s favourite era (certainly mine) the 20’s and 30’s or ‘art deco’ period and that amazing country house, Highclere.

How could Downton Abbey’s producers and writers possibly resist trading up from the elegance of the Edwardian style to the fabulous retro style of the flapper era, when they have such a hit show? What a field day this excellent British drama is turning out to be for everyone involved from cast to crew, from producers to the director and all those with vested interests. The costumers in particular, must be having a whale of a time turning up period props, including delightful details such as the period tortoishell and diamond comb holding Mary’s hair in place. There was eight episodes this time, seven proceeding at an acceptable pace, while the last was slightly frenetic as Julian Fellows, neatly tied off some old story lines and started others. The last episode had a point of difference which can only happen over time. It was character driven, instead of being story driven, and that single fact made a huge difference to the 10+ million plus audience that watched it. Certainly our correspondent was wrapped, waxing lyrical and long. The big news was in the last episode, the wonderfully trusting Anna and her entirely delicious downstairs man who works upstairs Mr Bates, finally got married just ahead of his being arrested for having done in wife number one. Other minute details and sensational secrets of the season just ended, we will endeavour to keep.

At Downton Abbey in Season 2 Lord and Lady Grantham are caught up in a whole medley of emotions as their home is turned into a hospital, their lost heir is found and lost again, their youngest daughter grows up and their lovely soft-hearted Mary learns how to harden her heart. Surprisingly Lady Edith in the course of helping others, finds out that she apparently has one. 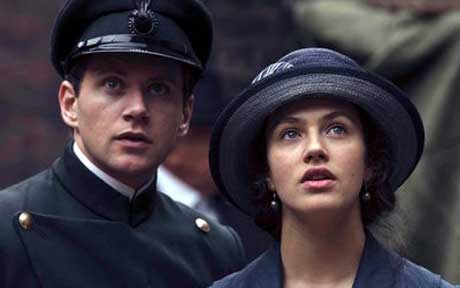 The lovely Lady Sybil, my son’s favourite character, after compassionately nursing boys wounded dreadfully at the front, wants to run off with her handsome chauffeur Branson. He shares both her ideology and philosophies about life and promise of a future the world will have after the war ends, one without class distinction. But the road is not going to be easy ahead.

Wonderful to see that the Dowager Duchess in some respects, ends up coming down to a certain point in the favour of true love. Her great comment upon entering Sybil’s bedroom to intervene in a conversation between her granddaughter and her outraged father, ‘I do hope I am interrupting something’ heralds a wonderful interaction, as Lord Fellowes once again has his wonderful way with words.

And what of our star crossed lovers from Season 1, Mary and Matthew. Well their journey in Season 2 is a travail of tears. We will need a very big handkerchief to mop up if Julian Fellowes doesn’t resolve the traumas surrounding their love story in a way that the viewers would like. 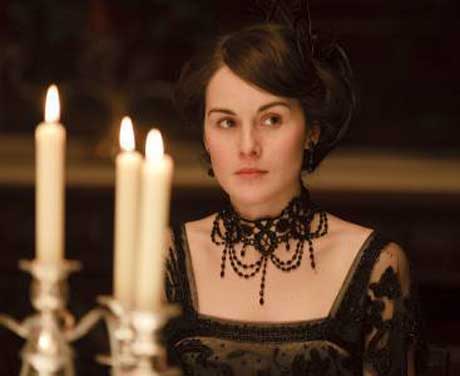 The complication is Matthews lovely self-sacrificing fiancee Lavinia Swire, who clearly puts her man’s interests first and foremost. We can’t all help but admire her belief system, which turns Matthew’s world upside down as he seems himself as a middle class man lucky enough to find himself an heir to wealth, while she sees him as both her Lord and Master.

No one can believe that the lovely Mary is going to marry the hardened, although handsome newspaper baron Sir Richard Carlisle played by Iaian Glen, instead of the sensitive country lawyer she really loves.  Surely hard cold cash doesn’t come into it? 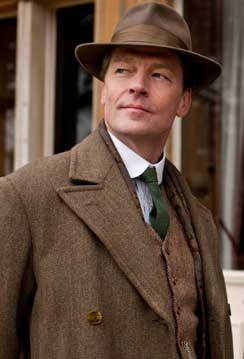 Lady Cora and Matthews mother Isobel Crawley are the ones whose emotions are tangled in turmoil this time as the indomitable Isobel has a tussle with Cora over who is in charge of Downton Abbey’s Rest and Recovery hospital for officers from the front. Cora’s journey at this stage of the relationship with her Lord, is also in trouble following the loss of a baby boy, who would have been son and heir.

Temptation is lingering out there. Good heavens what is the world coming to, will the honourable, very upright, moral but quick- tempered Lord Grantham succumb to the pleasures of the flesh? Surely he cannot be just like other men?

Downstairs Carson and Mrs Hughes are still trying to ‘control’ everyone and everything, to nearly disastrous results. Thomas’s new black market career takes a nose dive, making sure that he worms his way back well and truly into the Downton Abbey downstairs scene. Then there is the continuing tragedy surrounding Daisy and her William. Mrs Patmore seems to be the only one whose got it together, given a lease of new life no doubt by last season’s eye operation.

In Season 2 Matthew Crawley the heir to Downton Abbey becomes withdrawn and withered inside, following being wounded in the war. In the finale when a bout of Spanish Flu hits the house and heart stopping tragedy ensues, in the final scenes he seems set on embracing martyrdom on a huge scale. Wake up Matthew, or you’re going to lose everything, you could hear everyone shouting from England to Australia. The traumas of life upstairs and down for the Crawley family and their servants continues. It is a definite saga in the making. Fellowes seems set on big changes, new inventions and different expectations in the episodes ahead. Seems he’s not ready to let go of his fantasy family yet. This is the most successful British period drama since Brideshead Revisited.

There will be a Downton Abbey Christmas Special too it seems, which will help ease the pregnant pause of nine months for all those waiting for Downton Abbey Season 3.

The last world must go to the Dowager Duchess – “I am surprised to be doing anything at my age actually. When you think of where I am now and where I’ve come from, I am very pleased and very grateful to be standing up and delivering Julian’s great lines.” ~ Maggie Smith