Well the waiting is over. The new heir to the throne of England, the first baby born under their all new succession laws is a boy, Prince George Alexander Louis, so perhaps now after days and weeks on tenterhooks we can all get on with our lives and look forward to monitoring the little prince’s progress from time to time.

Her Royal Highness The Duchess of Cambridge was safely delivered of a son at 4.24 pm on Monday 22nd July the palace said in a right royal long awaited statement.

The baby weighed 8 lbs. 6 oz., a very healthy size, and the Duke of Cambridge was present for the birth, as is the way for modern fathers giving the parents time to bond with their baby together.

Duchess Kate did her job well, making sure that the announcement made it onto all the headlines of the world at just the right time; for dinner in England so everyone had something to talk about over the entrée, and at breakfast in Australia, where it went down well with the morning cereal and on the morning breakfast shows. 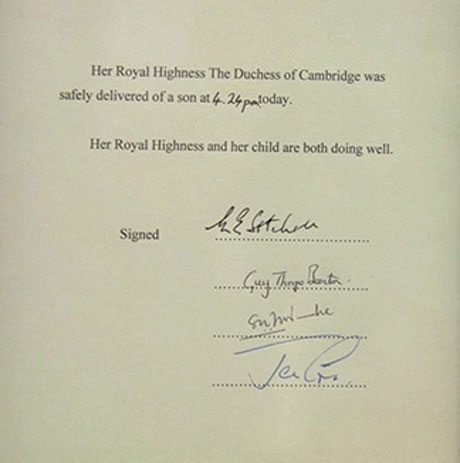 The announcement from Kensington Palace, the official residence of Prince William and his wife, came in a news release that was sent via email late on Monday after the couple had spent four precious hours alone with their son before the media storm started.

The framed bulletin was posted on a wooden easel in front of Buckingham Palace, where media and observers crowded to get a peek at it.

The birth of a new prince means that Britain is now set to be ruled by three generations of Kings after Queen Elizabeth is no longer on the throne.

At least our dear Kate, the Duchess of Cambridge will be able to rest easy and not have the pressure on her to bring forth a second son immediately so that the English will have a spare heir as Diana dutifully did with her Harry.

She can bide her time and bring forth a girl next time, or another boy, because all of that has now thankfully changed. Princess Diana and her boys Willliam and Harry

Caring in community today challenges and produces new ways of thinking about human behaviour and the Duke and Duchess are an integral part of a new generation that will forever change the way we live and deal with each other.

King William 1, William the Conqueror (1028-1087) was the one responsible for instituting the French law of primogeniture in England when he arrived in 1066, meaning that only the first born son could inherit the throne for a thousand years.

Subsequently for all those centuries in between him and his namesake Prince William today, protecting the lands they owned and expanding great estates became the aim of the head of each generation of the nobility and to a large extent that has not really changed.

Queen Elizabeth II has proven a brilliant manager and the royal palaces and the royals vast estates are not only intact, but all well maintained and with plenty of money in trust so that it can continue to go on that way.

An heir and a spare was an essential requirement for wives to produce from William 1 until Prince William today including for his mother Princess Diana.

The difference is that after fulfilling their filial duty from the 13th until well into the 20th century each would organise their lives separately, because in the main they were not usually a love match, but an arranged marriage like that of Charles and Diana, although she did not believe it at the time, having fallen in love with her Prince Charming Kensington Palace where the royal baby will grow up

It was during the Victorian age that our worship of property and building houses became part and parcel of the glorification of the Home as essential to a family image.

The royals also led the way then and Queen Victoria kept her huge family tight around her, especially after the death of Prince Albert, the husband she so loved.

However she married her children off into the royal families of Europe, whether they were in love or not and for some it was a façade of happy family life they hid behind. Since that time until just over a decade ago it has always taken two to three generations (approx. 100 years) for ideas to filter down through society to everyone else, which is why we have had such a huge focus on building, owning and restoring houses for the past few decades in England and here in Australia, an English colony.

What it was all about originally for the Victorian royals was that they were anxious to show that their houses, however grand, were also homes that sheltered a happy family life.

This has become of increasing importance in royal circles again because of the greater ability to communicate the truth. The advent of the Internet and social media have greatly changed the game. It is only when the public came to know the personal details of the life that Princess Diana was really living, including finding out that her husband, whom she loved, was being constantly unfaithful to her all the time her children were growing up, that attitudes began to change.

The public rallied around her and she became the people’s princess as they showed their open disapproval of the idea of arranged marriages because in the main, they had also married for love, which she had been knowingly denied. They felt empathy and great compassion for her plight. 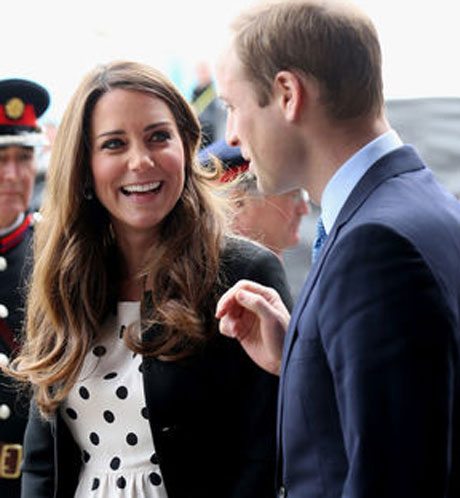 Princess Diana’s tragic death above all resulted in bringing back into focus just how really important a happy and healthy family life is to every single individual’s success, royal or otherwise.

Love and marriage will never go out of style. The challenge for us all is to debate its values and virtues with those we love often, so that what a marriage is all about continues to be re-defined, understood and practiced in the generations to come. ‘

The family unit has certainly proved to be the best type of unit for a child to flourish in. That includes families of same sex couples, who have proven to be wonderful parents.

It’s important to be generous with our time, love and energy and even if we are busy each day, ensure that we keep an eye on what is important and real. Contemporary society is all about being inclusive.

Scientists, psychologists and psychiatrists alike have proven those children who enjoy a stable happy life at home with parents who love each other are far more likely to grow into well-rounded adults who succeed in life than anyone else.

Diana like many women of her generation, and before her, sacrificed a great deal of their own happiness to ensure that their children grew up in a well loved happy environment. She wanted to give them the very best start in life. In the end she needed to be honest about her own if they were to be able to gain a real insight into what binding relationships between two people who love each other are meant to be all about. The Duke and Duchess of Cambridge are a well grounded couple living the life of celebrities in the limelight, while managing to hold onto their philosophy of life, the one that they share which is all about the morals and values they hold dear, including forgiveness.

History has proved it is impossible for humans to progress without fault. Life is far from being predictable or preordained. It’s the harmful consequences of the mistakes we make that we need to eliminate. Not making them.

In the computer age bugs are damned irritating, but they have to be dealt with whether they are in our bed or in our intellectual domain. To eradicate them we have to succumb to a new law of unintentional consequences by inducing a massive and dramatic change of attitude.

Everyone wants to live in Utopia. However what many don’t realize was that Utopia was only ever a place of theory, not one grounded on any sort of reality. The reality is that theory and practice are often poles apart.

When they make mistakes a ‘family’ is meant to provide a buffer of support around its members while they recover. If the family succeeds then the young look up to their ‘elders’ following the role model established by them. A town crier announcing the royal birth - it is England after all, the home of tradition

The royal baby is certainly off to a great start. However he will be living a life that will never really be ‘normal’ whatever that means, except in royal terms.

What we do know is that it will be a life filled with love and he will be surrounded by a very large and loving family as he makes his way in the world.

It’s a very warm welcome to the new little prince and a hearty congratulations to his parents.

3 days of special events at all 3 of The Met, New York locations will celebrate the opening of Marcel Breuer’s iconic building on Madison Avenue, The Met Breur