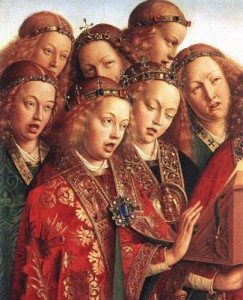 Early music could be said to start towards the end of the medieval period, before about 1400, getting into stride during the Renaissance, 1400 to about 1600, and then revelling and rejoicing in the grand manner of the Baroque from about 1600 to 1750. 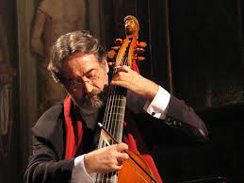 Its appreciation around the world is growing, thanks to special projects in Australia such as Hobart Baroque, which provided memorable moments and a boost to the economy for the city of Hobart, Tasmania in 2013 and 2014. Early music also enjoys the support of international performers such as the great Jordi Savall, who has brought the viol back to the forefront of music in our age. Now it is New Zealand’s turn, as they champion its joyous music. 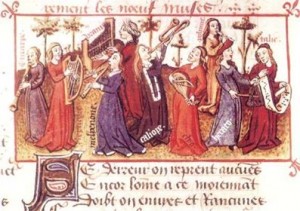 Following its inaugural success in 2014, New Zealand’s 2nd International Early Music Festival (NZIMF) will again take place on 28 Feb – 7th March, 2015 in Dunedin. Australian early music lovers start planning your trip across the Tasman now if you would like to enjoy the most glorious sounds of the Renaissance period in world history, a time when we began to celebrate life and our humanity. What better way to do it that also have a journey to the picturesque South Island, where the countryside and scenery is also guaranteed to seduce your senses too. 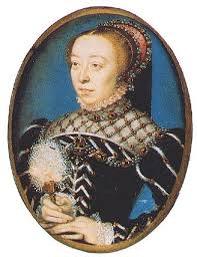 From the Italian and French music composed for the Masque of Catherine de’Medici to the brilliance of Monteverdi’s Vespers of 1610, which will be held in St Paul’s Cathedral at Dunedin to Renaissance Venice or simply stunning Baroque Voices from Spain and Italy, early music, which started life as the music of friends. Christopher John Clifford is the festival’s Artistic Director. He is an early music specialist and countertenor, who at one stage was Chairman of the London Handel Society. He is entirely passionate about the festival and wants others to enjoy and experience the pleasure of early music’s rhythmic sounds and beautiful harmonies. The Marais Project from Sydney is looking set to take part, with Jenny Erikkson and her wonderful Viola da Gamba. Her group specialises in the music of French composer Marin Marais (1656-1728), along with Jean-Philippe Rameau (1683-1764), one of the most important music theorists of the Baroque era in Europe. 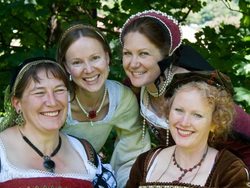 Cllifford says ‘Early music has an extraordinary diversity of forms, colours, rhythm, energy and uses a variety of unusual instruments’ and he is looking forward to bringing his ideas for the festival to fruition. It seems there will be yet more ‘Rare Byrds and ‘Les Belles Vilaines’ dashing about in 2015. Keep watching www.nziemf.weebly.com or follow their facebook page for details as they come to hand.

Life upstairs and down for the Crawley family and their servants continues in Season 2. It is a definite saga in the making. Writer Julian Fellowes seems set on big changes, new inventions and different expectations in the episodes ahead. Seems he’s not ready to let go of his fantasy family yet, despite all their dramas.