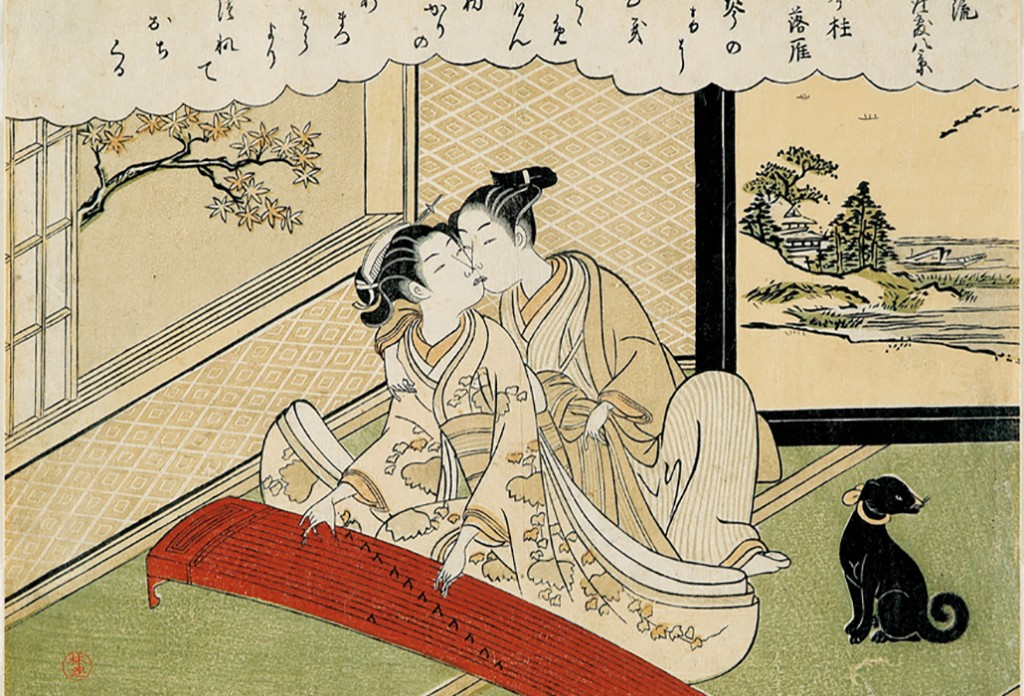 This Spring, The David Roche Foundation (TDRF) House Museum and Gallery, North Adelaide, will present a major exhibition Edo Style: Art of Japan (1615- 1868), showcasing predominantly more than one hundred and fifty works from the renowned collection of Japanese works at the Art Gallery of S.A.

The influence on modern design in the west by the Japanese of the east really first started during the late Victorian age in England. At the Great Exhibition of 1862 at London, Japan took part offering its first fabulous trade display, creating a desire and fashion for all things Japanese. 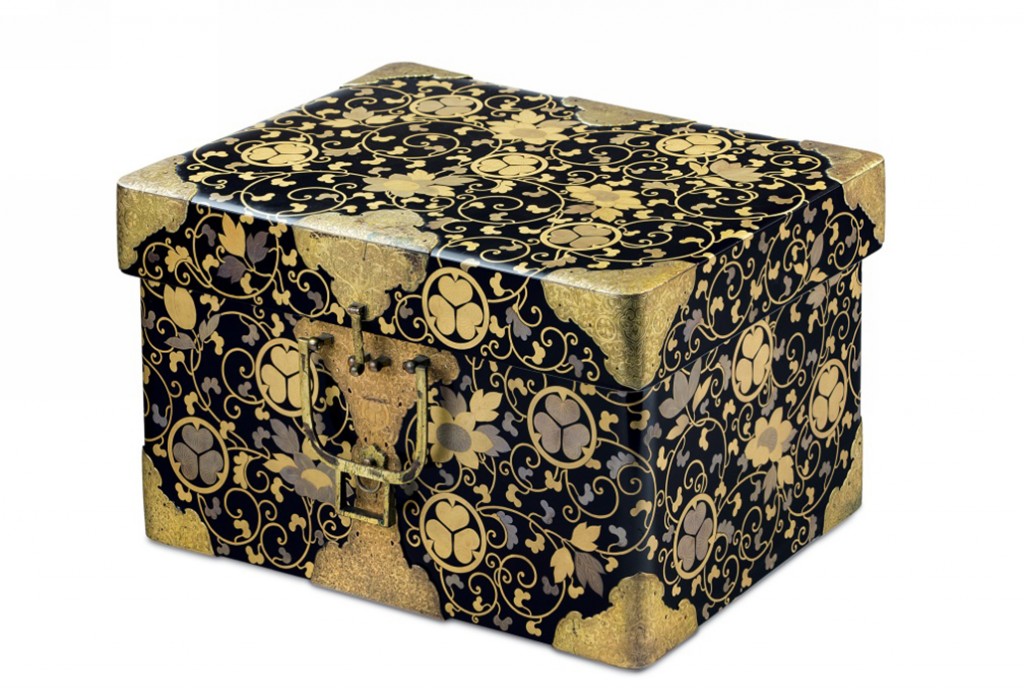 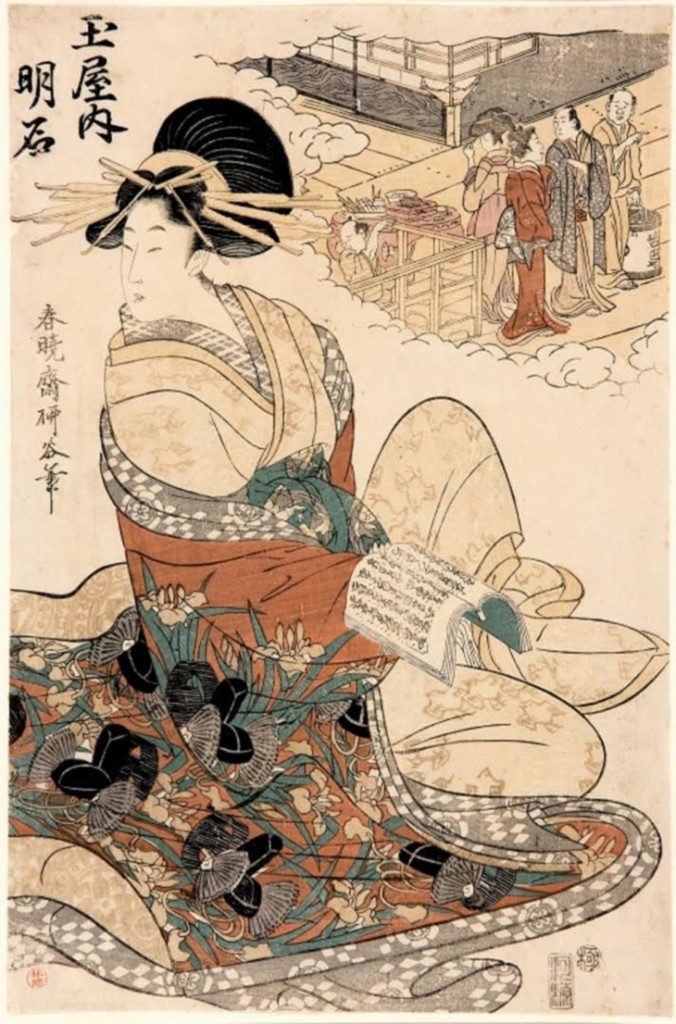 This desire for all things Japanese also inspired a love of horizontal, vertical and diagonal lines, which influenced architects, designers and artists around the world.

David J.K. Roche AM (1930 – 2013) left an important legacy for the Australian people to enjoy; a vast and wondrous collection of objects that reflect the evolution of design and the decorative arts in the west, most representing the Regency style of the Prince of Wales, later George IV (1762-1830).

Lesser known, is he also had a very keen interest in Japanese Art and as such, visited Japan many times. In particular David admired the design and decorative arts of the Tokugawa or Edo period in Japanese history, when a great change in society came about.

This was when the appealing form of poetry known as a haiku emerged, its seventeen syllables arranged in three lines of five, seven and five syllables respectively. 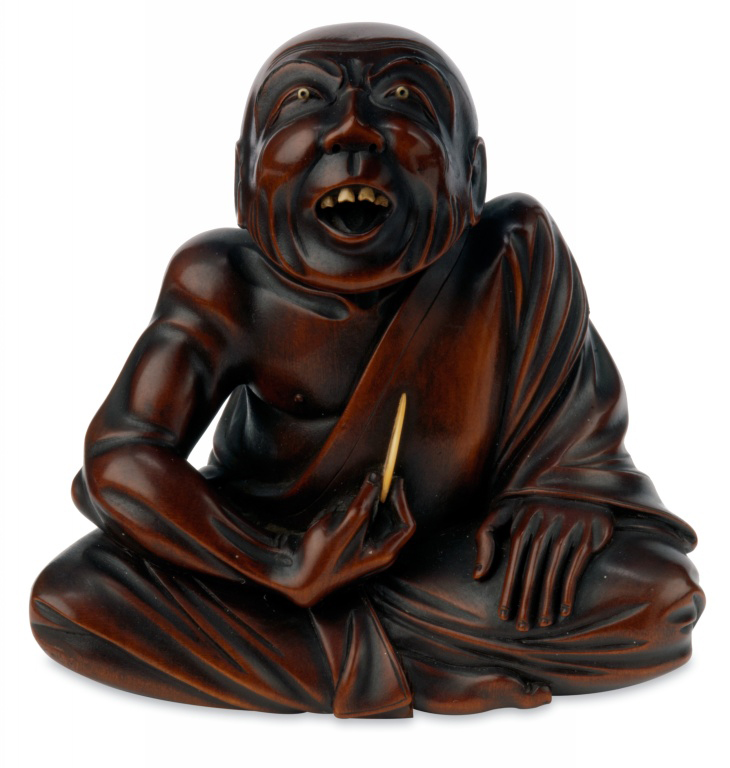 Japanese ceramics, woodblock prints, lacquer ware, folding screens, netsuke, scrolls and exquisite silk robes such as those on display, easily held David Roche’s attention as he admired their beauty. He also had a keen interest in the period’s military ‘pursuits and stylish accoutrements’.

By the seventeenth century families of the upper classes used several crests as a form of identity. Originally conferred by the imperial family, it would be during this time they also began to be appreciated for their incredible aesthetic; pure visual delight.

During the Tokugawa Shogunate (1603-1867), Kyoto and Osaka were cities that predominated, until c1770 when the city of Edo (Tokyo) came to the forefront. 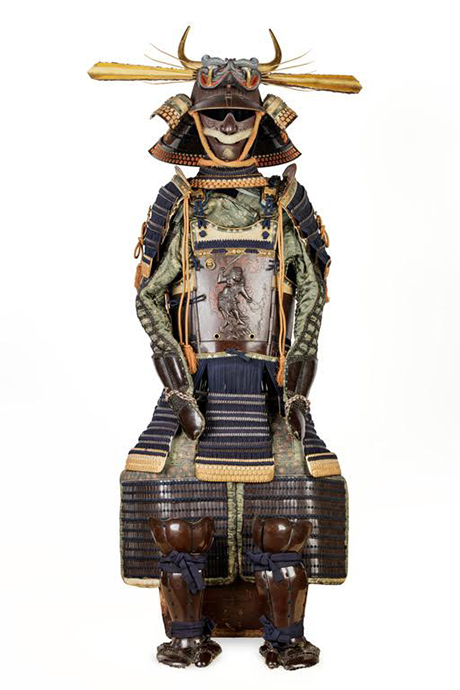 The Shogun had been a military commander until the twelfth century when he became a hereditary official, governing Japan along with the Emperor as nominal ruler until 1868.

The Daimyo was a vassal of the Shogun, with the Samurai, a member of the hereditary warrior class in feudal Japan and a retainer of the Daimyo.

Their armour and swords became symbols of Japan’s military past and by the Tokugawa period, prized for the status and sophistication of taste they reflected.

Assistant Curator, Asian Art, Art Gallery of South Australia Russell Kelty says ‘a highlight o… is a suit of armour, with breastplate created in 1699 by master metalsmith and sword connoisseur Myochin Munesuke (1643 – 1735), evoking the aesthetic sophistication of its owner’. 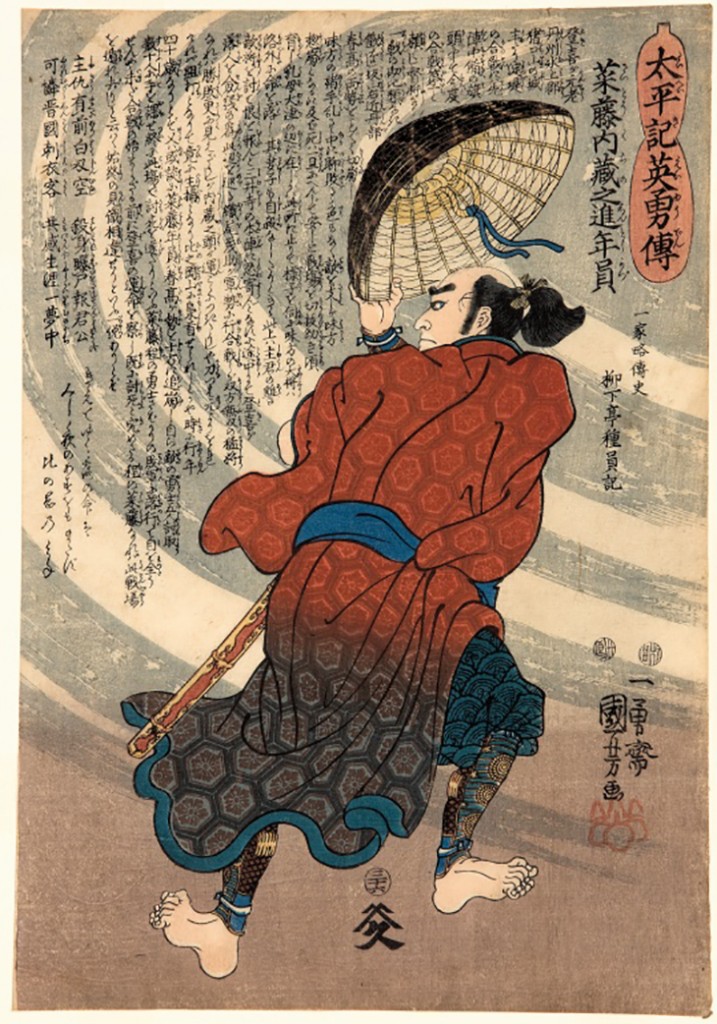 Creativity emerged first under the rule of Shogun Tokugawa Ieyasu (1542–1616) when merchants discovered the value in the arts as an important aspect of cultural development and they wanted to compete equally with the elite upper classes.

This period in history is defined by a ‘great peace’ and in the new eastern capital an expansion of urban centres meant artistic communities began to flourish under a diverse patronage with competing aesthetic sensibilities.

In the military elite historically Shogun, Daimyo and Samurai had been required to cultivate moral values and aesthetic sensibilities.

Now during the Tokugawa or Edo period, the two lower orders of the social hierarchy the artisans and merchants, were free to reap the economic and social benefits of their age.

The Edo culture at this time could be said to have reached the summit of feudal culture; a maturity of a traditional society. The rise of an all new culture , formed in an all new commodity economy, accelerated the decline of old values allowing the new culture to emerge. 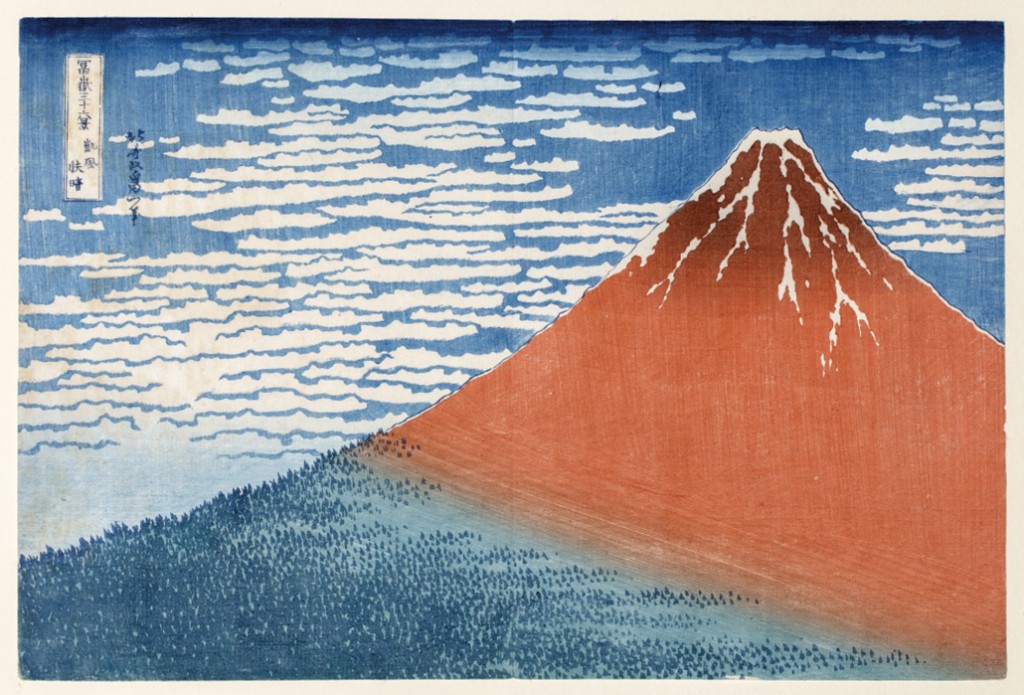 A plethora of prints will be on show including by those considered great Japanese artists today. Both Katsushika Hokusai (1760-1849), as well as Utagawa Hiroshige (1797 – 1858) are names well known.

The Great Wave by Hokusai is an image many people admire, one of five works from Hokusai’s thirty-six views from his Mt Fuji series. Their works will be shown alongside marvelous objects all of which have relevance to what is known among historians and researchers of the arts, as the Edo style. 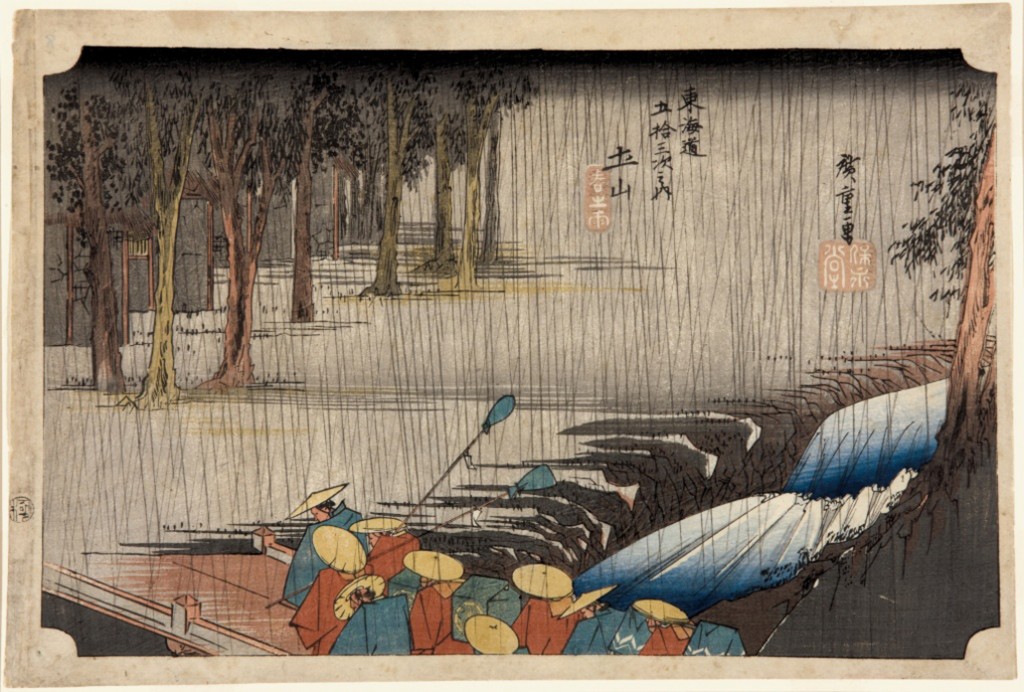 It would be during the late 1630’s when Japan cut off contact with the outside world and throughout their self-imposed isolation, the traditions of the past were revived, refined, and transformed in flourishing urban centres such as those at Kyoto and Edo. 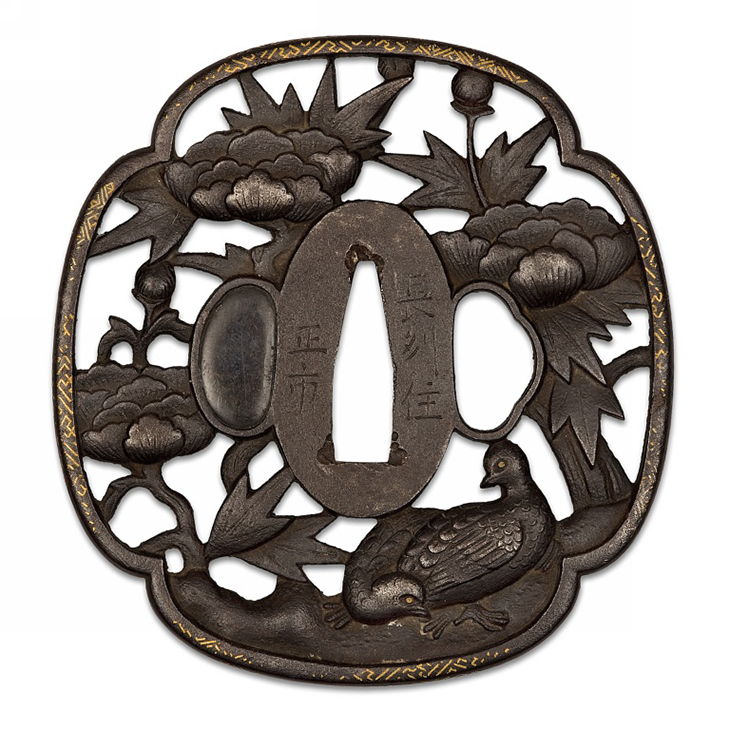 During this period, restricted trade took place but only with Chinese and Dutch merchants through the port at Nagasaki. All things in Japanese art, though the Japanese themselves do not like to admit it, were Chinese in origin.

The first porcelain was made by Korean potters working and living in Japan. Slowly became part of a new and thriving industry. The wares themselves gradually became known as Imari, named for the port nearby to the kilns they built in Arita, from where in 1659 they shipped their first cargoes of Japanese porcelain to their new markets.

They were at first, mainly blue and white made for the Arabian and Indian markets, with a smaller quantity for Europe at first, until they learned the technique of using coloured enamels over the glaze in the late 1630’s.

These exciting new wares appealed to buyers from English and European markets. Motifs influenced by Japanese paintings, including flowers, figures and animals produced in the very appealing palette of red, yellow, green, blue and black on a milky white background. 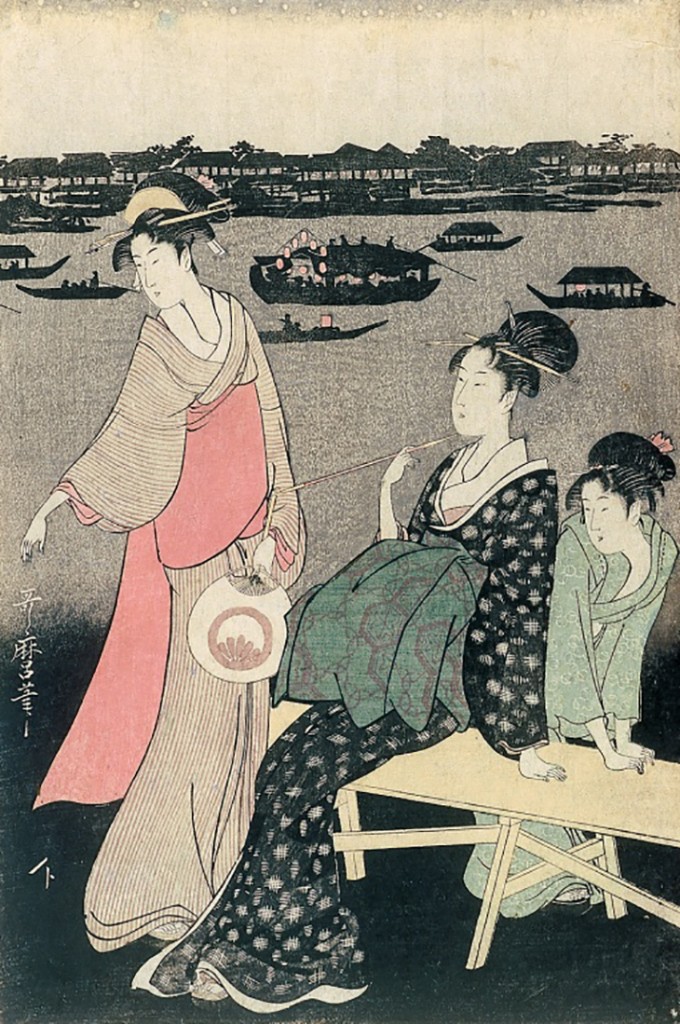 This new collaboration between The David Roche Collection and the Art Gallery of South Australia brings together outstanding works of Japanese art.

David Roche had a close and longstanding relationship with the state Art Gallery, with a number of his works displayed in important exhibitions at the Gallery from the 1990s

“He would be thrilled” … said Robert Reason, Senior Curator, The David Roche Foundation.

The Tokugawa shoguns while they had brought stability and security to Japan, were influenced by neo-Confucian principles of social order, including termination of contact with the outside world.

This idea however, eventually became outmoded.

It would be American Commodore Matthew Perry in 1853 who  finally demanded Japan open its doors to foreign trade. He formulated a trade agreement in 1854, ensuring Japanese goods became available with wood-cut prints in Europe becoming very popular among avant-garde artists, particularly in France. 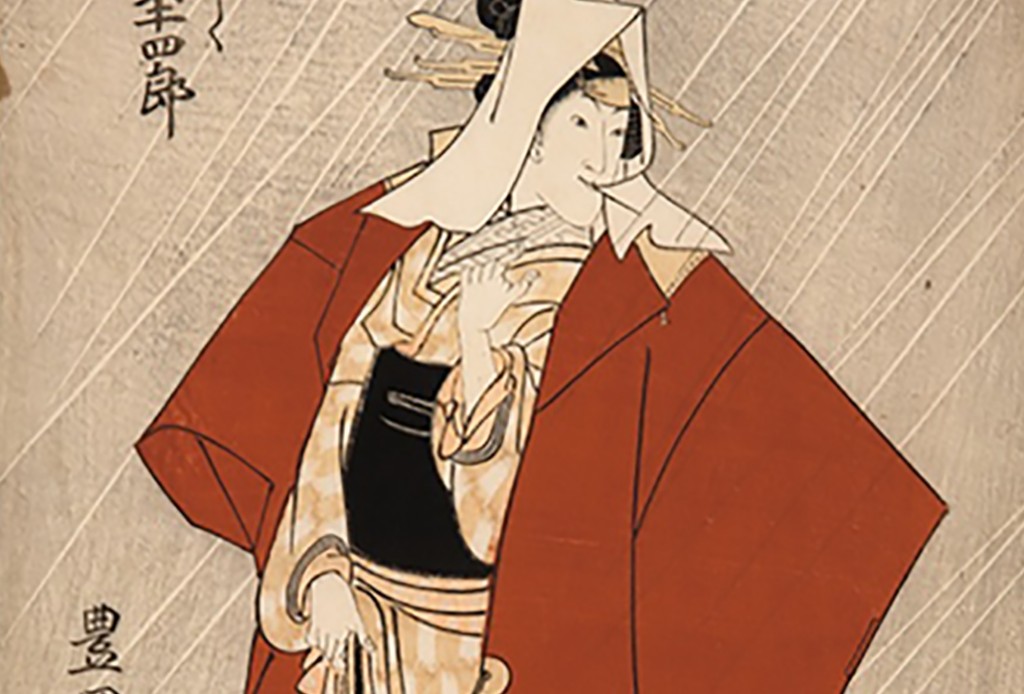 Presented by
The David Roche Foundation

A Program of talks, workshops and monthly evening events will be integral to exhibition.

On the Weekend of May 12th & 13 at the Art Gallery of NSW you can view one of the country’s ‘finest collections of Australian art, from colonial times to the contemporary age’ FREE