‘coffee orders, the Magna Carta was much less complicated’* The golden standard for remakes of movies or television series featuring Conan Doyle’s master detective Sherlock Holmes and his side-kick Dr Watson has surely been reached in our age in England when he was re-invented in 2010 by Steven Moffat and Mark Gattis of Dr Who fame who cleverly met morphed an SMS texting Sherlock into contemporary times with a brilliant adaptation featuring English actors Benedict Cumberbatch as Sherlock and Martin Freeman as Dr Watson. They raised the bar about as high as it would go.

The sheer excellence of their actor’s performances also produced a dynamic duo par excellence adored now by millions of fans around the world.

American actors Robert Downey Junior and Jude Law directed by Guy Ritchie have got close with their quirky duo, but maybe not quite there. With completely tongue in cheek performances in two movies that while they suspend reality much more than the English television series have nevertheless remained by tradition in the Victorian Age, providing great entertainment. 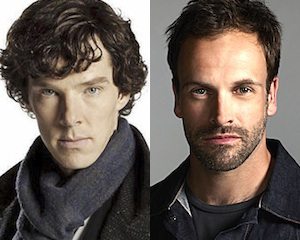 Cumberbatch and Miller, both more than good actors

Now CBS in America and a new team of writers, producers and directors has come up with an American television series featuring London born US based Johnny Lee Miller as the famous detective who is unbelievably based in Manhattan. It is both confounding and surprising all the sceptics and critics who would not believe that you could possibly transpose the famous English detective over to New York City and into the modern age and make it work.

Please don’t read any further unless you want to know what our American correspondent reports. The writer and executive producer of ‘Elementary’ Robert Doherty and his colleagues and team are coming up with good scripts and their lead actor Johnny Lee Miller certainly has a unique take on Holmes and his character one, that if you allow it, will grow on you as the series proceeds.

In a complete twist on Conan Doyle’s famous tale, Holmes has acquired the high kicking former Charlie’s Angel Lucy Liu as Dr Watson. She is slowly earning her own stripes and building up brownie points by throwing out a few characterization surprises and making some interesting moves of her own.

Originally commissioned for 13 episodes its run has already been extended to a whole season, which in America can be anything from 20 – 25 shows.

The series is certainly gathering viewers and admirers as it progresses, as well as confounding the critics out there who keep trying to compare it to everything that has gone before. Miller and Liu, after a first few tentative episodes, as at number five have a great deal of good chemistry going on and are busy looking forward

So far the crime-solving aspect of each of the first five tales has been increasingly engaging.

You find yourself, as our correspondent reports, not wanting to like or enjoy it but strange as it seems, having to admit that by the end of each episode that you actually do. The very admirable Aidan Quinn has the role of police Captain Toby Gregson who is the LAPD cop who facilitates the jittery Holmes because he respects his deducting abilities and admires his clever results. He therefore accommodates Holmes very quirky rehab behaviour and his all too often-outrageous dressing down style.

Holmes, ably portrayed by Miller, after receiving help in America for his drug problem decides to stay in New York for a while as the criminal cases there are far more interesting. His father however is not impressed and insists that a medically qualified companion ‘Dr Watson’ live with him and provide him with suitable after care.

Far from departing totally from the Conan Doyle ‘canon of behaviour’ that marks Holmes singularly, his new creator endows him with a few more characteristics, bringing the resentment for his father to light and suggesting that his exodus from the isle of Albion might have also be due to an involvement of some kind with a woman. 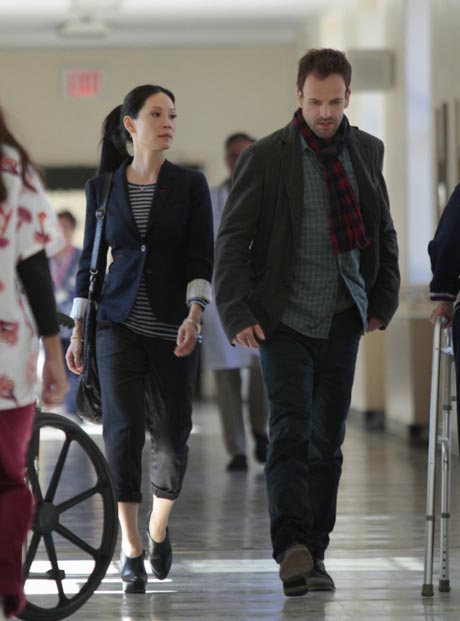 As one is seen dressing and leaving his apartment hurriedly in the opening moments of the first episode this is a myth carried forward, although we should know there’s a simple explanation.

Clearly it is not Watson, who is at first a very sobering companion one it seems that is always engaged with Holmes, rather than the case at hand but that starts to change too as they find their feet and establish a working relationship and friendship.

In America it’s always proved very hard to put a man and a woman together in any series and have them not end up in bed together, but the producers believe that Holmes and Watson as a friendship might be one that viewers will accept and allow to evolve without being forced by everyone to finally get them between the sheets, as in Castle for instance.

They live in a very smart brownstone together and from this base they branch out about the town solving interesting cases and crimes that come up in all sorts of unexpected ways.

The British press despite wanting to ‘hate’ the show, in some instances has had to begrudgingly agree that despite the set up and the cast that had them ‘fearing the show would be wholly annoying’ it has, surprise surprise, discovered that ‘this Sherlock revamp somehow works’.

Johnny Lee Miller is the certainly the key. He is likeable, clever and reacts to his surroundings in a unique way, setting Elementary apart with his very enigmatic portrayal of Sherlock Holmes. He plays him as an Aspergic type genius whose observation skills are on total overload.

There are the usual bodies donated to science for him to carry out his post mortem strangulation methods and other theories on, facilitated by an earphone wearing male lab attendant, who has a mutual interest in bee keeping in the city, as you do. Miller adds in just the right touch of bizarre behaviour that sees Watson having to often cleverly rein him in. It’s as if in being released from the need to be cool that we suddenly discover that he is.

Holmes scars formed by life are carried close to the surface and sometimes they get in the way of objective analysis, making him vulnerable a nice touch.

Clearly obsessive compulsive as well as totally impulsive at times, on the whole he looks just plain terrible most of the time, unshaven and unkempt, although he does have some saving graces.

Just love his t shirt with the moniker “I am not lucky – I am good’. 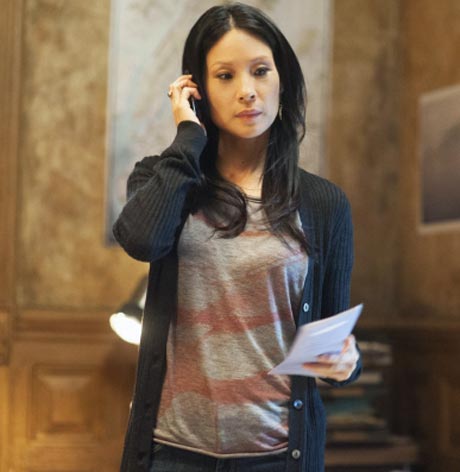 Lucy Liu is also very good in dealing with Holmes and his eccentricities in an intelligent, savvy way. She’s a washed up surgeon, who in spite of herself enjoys following this crazy man about the town solving murders rather than just babysitting him.

She has a few surprises of her own up her sleeve and her ability to take on such a tough assignment and bring something fresh and new to it will endear her to many. Watson’s back story is starting to unfold and intriguing us as much as it is Holmes, who constantly has to reassess his opinion of this his caring flatmate that he did not want to like at first, but finds begrudgingly he now does.

Our correspondent reports that if you hang in there you will find yourself by episode 5 suddenly admiring them both before you can shout ‘the games afoot’.

Good old Sherlock Holmes has been back to the future so many times that sometimes it can appear dizzying. Perhaps what all the interpretations and versions of Conan Doyle’s story continually prove; that he is a man of his time and for all time.

Are they yet achieving the golden standard?

Well perhaps there is a way to go as yet, but they are producing a very entertaining series that will surely have some sleuth fanciers shouting… 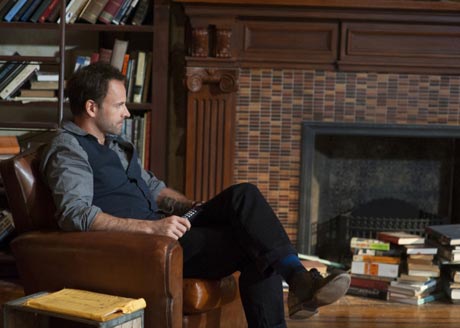