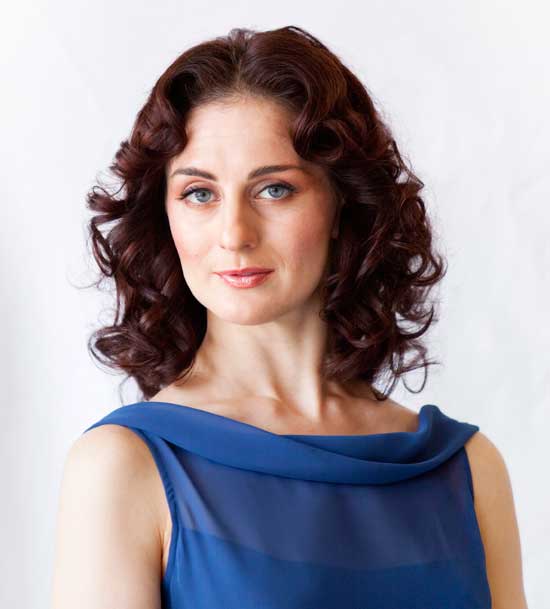 Australian born opera singer Elena Xanthoudakis, whose heritage on her father’s side is appropriately Greek, is starring as Eurydice, and the Spirit this December in the Pinchgut Opera’s presentation of  L’Anima del Filosofo – Orpheus + Eurydice by Joseph Haydn at Sydney.

Orpheus and Eurydice are two names irrevocably linked. They loved each other beyond the shadow of death and wanted to be together for eternity. In mythology Eurydice was one of the daughters of Apollo, the Greek god of light and her legend has many parallels in other cultures.

It is important to clarify the use of the word legend. Some may be fearful I am suggesting a lack of truth. However, in antiquity a legend was generally understood to be an illustrative story, designed to convey a profound spiritual truth in an attempt to explain that which could not be explained, the inexplicable.

All the stories about Orpheus+Eurydice are founded on the love of a man (Orpheus) for his wife (Eurydice) and the devastation he feels when he loses her. He journeys to the underworld hoping to restore her to his life. The gods however impose a condition. He must trust them and not look back at her face until they both return to the light. However Orpheus proves himself full of frailty,  unable to trust, or resist temptation and so he loses her forever. It is an ironic twist on the legend of Adam and Eve and, it is also about being truly human.

According to reviewers over the past decade there are not nearly enough superlatives to praise Elena Xanthoudakis’s voice. It has been described as having a ‘lovely silvery timbre and smooth legato‘.  She has sung Lieder (19th-century German art song) Oratorio (usually based upon a religious theme) and Opera (an extended dramatic composition, in which all parts are sung to instrumental accompaniment).

She has certainly stolen the show on many occasions and has won over 80 first prizes in Eisteddfodau in Australia.  Internationally she has won the Maria Callas International Grand Prix 2003 (Oratorio – Lied) in Athens and the renowned International Mozart Competition 2006 in Salzburg. In 2008 she won the female first-prize and overall Grand prize at the International Adam Didur Opera Singers Competition, the Tait Vocal prize in the Performing Australian Music Competition and was a major prizewinner in Placido Domingo’s prestigious international opera contest ‘Operalia’.

Watch, and listen to her sing at Operalia and then read on 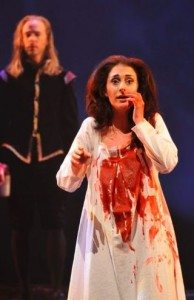 In 2009, Elena sang Adina in L’elisir d’amore for Scottish Opera, Blonde in The Abduction from the Seraglio for Opera North and performed at concerts in Melbourne, Sydney and Hobart. She also made her debut in the London Promenade concert season at the Royal Albert Hall and undertook a two month tour as soloist throughout the UK and in Ireland in RG’s ‘Strauss Gala’.

2010 sees her perform Amor in Gluck’s Orfeo ed Euridice at St John Smith’s Square and a return to the English National Opera and Royal Opera House, Covent Garden. She will make her debut in the title role of Lucia di Lammermoor for Opera du Quebec, Canada; as well as perform concerts in Poland, Melbourne and for the Accademia di S.Cecilia at Rome with Antonio Pappano.

Generally Elena today divides her time between Glasgow, London and Australia. She has sung in St Petersburg, Hong-Kong, Athens, and throughout the glorious Tuscany and Abruzzo regions of Italy, Salt-Lake City, Montreal, in the UK, as well as in Australia.

If you understand that the voice does not take too kindly to differing pressures of air travel, you can begin to appreciate just how much time singers have to give themselves so they can relax their voice when moving from place to place. When she is at home in Melbourne Elena can be found performing regularly in various concerts and recitals. 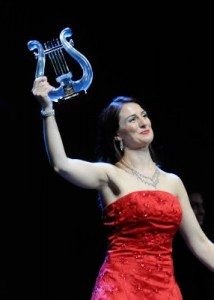 Elena was four when she displayed the prodigious talent so admired today. She sang her way through school in the choir, where her flexibility became evident in first and second soprano solo parts. In 1996 she was awarded the June Bronhill Encouragement Scholarship for vocal potential and went on to play the flute and sing her way through high school. She started a university career in Physics, but midway transferred to Music and graduated with honours completing her thesis on comparative settings of Goethe’s Kennst du das Land by Beethoven, Schubert, Schumann, Wolf and Berg.

There is a lot to like about Elena and a great deal to admire about the Sydney based Pinchgut Opera.

It was founded nine years ago by a group of professional musicians, arts administrators and music lovers who discovered they shared a desire to add to the layers of diversity in the classical music genre at Sydney. They wanted to provide additional experiences and professional opportunities for young Australian singers, who are generally required to live their life out of a suitcase if they want to go in pursuit of a musical life.  Elena’s musical journey so far certainly proves the point.

Joseph Haydn’s L’Anima del Filosofo: Orpheus + Eurydice will be performed in the Angel Place Auditorium at Sydney. Its beautiful acoustic adds to the quality of the performance. The singers will be supported by the simply splendid Orchestra of the Antipodes conducted by Antony Walker, who makes his Metropolitan Opera debut in 2011. The orchestra play on authentic period instruments and the mellow resonance and depth of sound adds yet another layer of richness to their performances,  which to my mind have to be experienced live if you want to gain the greatest joy imaginable. 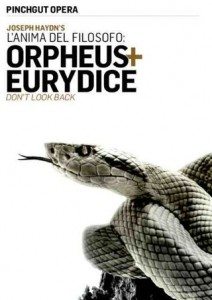 ‘Think on your Sins’ Skyfall is the latest in the series of official Bond films so far, based on the 14 tales told about a Secret Service agent by English author, journalist and former Naval Intelligence Officer Ian Fleming (1908 – 1964).  Daniel Craig wears the Bond mantle well, with…