Australian conductor, composer and artistic director of Victorian Opera Richard Mills AM, related how the ‘devil in French art is in the detail’, especially when talking about a unique opera by composer Claude Debussy, a work integral to his 2018 Season, Pelleas and Melisande.

Richard Milll’s sixth season series for Victorian Opera is all about ‘encounters’ of the very best kind. “The theatre is a special meeting place where not only audiences and performers but also past and present meet through the rendering of a masterwork. I want to offer audiences a point of difference, the joy of discovery and a chance to encounter something marvelous.” Richard Mills said.

The singing will be outstanding, performed in English, German, French and Italian by an extraordinary group of both International and Australian singers who are also supported by a community chorus, youth artists and a youth opera chorus.

There will also be a range of very Special Events, with an aim to help the audience both old and new to ‘reimagine the potential of opera for everyone’. Symphonic poem, chamber music and songs were integral to Claude Debussy’s musical journey but the call to opera only came just the once with Pelleas and Melisande, a landmark work all about a secret affair, a family torn apart, and a love ‘too great for this world’. Celebrating the 100th anniversary of the composer’s death, Pelleas and Melisande features all the fruits of its creator Claude Debussy’s labour, volatile, tender and poetic. Harmonic subtleties and opulent instrumental colours abound in a work whose music is adapted to a poetic work of an essentially transitory nature, which doesn’t resemble any other work of theatre yet known,

An intimate experience, the singing is like a spoken language, with the music following the drama as it takes place, epitomising painterly impressionism in music.

Debussy infused it generously with the poetry of his time. Nature is in the harmony and the action emanates from the drama at a pinnacle where fantasy meets reality at a point of self-destruction.

The haunting beauty of Pelleas and Melisande with tenor Angus Wood and lyric coloratura soprano Siobhan Stagg in the title roles will be a highlight of the Victorian Opera’s 2018 season.

It will play alongside the passionate intensity of another romantic work, where we will spend another night in downtown Verona, where ‘love and tragedy’ will be sure to intertwine’. Italian composer Vincenzo Bellini’s landmark work The Capulets and The Montagues promises to be especially thrilling, as the ultimate ‘tale of doomed love’.

Composer Vincenzo Bellini (1801-1835) belonged to the bel canto or ‘beautiful singing’ era in Italy, when opera composition was clearly focused on the prominence and beauty of the voice and its elegance of both form and melody.

This resulted in some of the most extraordinary operas ever written, including The Capulets and The Montagues considered one of his finest in a short luminous career.

It will pair two sensational sopranos Jessica Pratt and Caitlin Hulcup as Romeo and Giulietta, with Teddy Tahu Rhodes as Lorenzo, David Parkin as Capellio and Carlos E. Barcenas as Tebaldo. 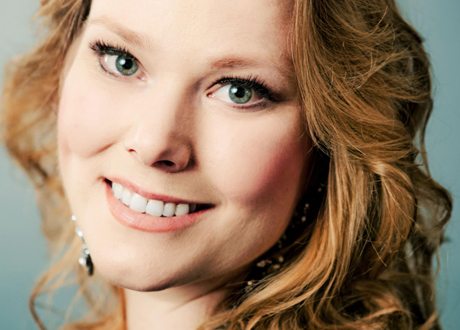 British born Australian raised award winning Soprano Jessica Pratt (b.1979) seems to have made the Victorian Opera her spiritual home in Australia, with much of her career to date spent overseas where audiences are well versed in the music and traditions of serious and comedic opera.

Endearing herself to Victorian Opera audiences over recent years, she spoke from the heart in an onscreen greeting at the launch of Season 2018 in the Playhouse Theatre in The Arts Centre recently.

The much loved iconic overture for the Gioachino Rossini’s fabulous final opera about the Swiss legendary hero who symbolized the struggle for political and individual freedoms, William Tell, will be sure to get the season off to a glorious start. It became well known because the exciting final three minutes came to serve as the theme music for the Lone Ranger programs in movies and on radio and television during the 1930s in America.

The American old west hero expanded the Swiss hero William Tell overture’s influence when it became the theme of the television version of the radio show, which then took to the silver screen in 1949. Although it ended in 1957, movies made in 1981 and 2013 have kept the music rolling along, continuing to peak people’s interest.

The Victorian Opera version of the ‘sharp-shooting hero on a quest for freedom, is perhaps Rossini’s masterwork bringing hope to an ever ‘darkening’ world of experience. It was 1829 when Gioachino Rossini premiered William Tell; a work many believe is unfairly neglected by today’s opera stages.

Based on a famous literary work by Friedrich Schiller published in 1804, the story celebrates local hero Guillaume Tell and his fight for freedom. It places the audience at the heart of the mountain folk tale, which is at the heart and soul of the Swiss national identity. The French connection is strong in Melbourne with acclaimed French Canadian Baritone Jean-Francois Lapointe taking the leading role and opening night will be co-incidentally, Bastille Day.

Lapointe sang this role in 2015 in Geneva, where one reviewer was so enamoured with his performance he said “… the handsome Jean-Francois Lapointe made for a perfect Guillaume Tell: noble and tender, with a buttery baritone one could easily imagine persuading a nation to revolt”. *

Proving their commitment to new work, the Victorian Opera will present as its final work for the year Lorelei, by Julian Langdon, Casey Bennetto and Gillian Cosgrif Ancient meets modern woman… with Lorelei who likes her whiskey and men ‘on the rocks’, is sure to be an exciting production, sure to take no prisoners with a terrific trio of wild women in the title role; Ali McGregor, Dimity Shepherd and Antoinette Halloran.

The Victorian Opera pursues excellence and believes in expanding its innovative productions to reach the wider community so they too can enjoy the art of opera style.

Two fabulous family favourites, Englebert Humperdinck’s witty and wonderful production of Hansel and Gretel and celebrating its 100th birthday, Calvin Bowman’s The Magic Pudding, the Opera, will round out a wonderful program for 2018. Bringing both these wondrous illuminating stories from page to stage, the Victorian Opera will employ enchanting sets and colourful costumes to tempt a younger audience while wittily appealing to their parents. Students from Melbourne University are involved, with Hansel and Gretel also touring the regions. Detail: artists of the Victorian Opera, on stage

While most of the operas for the season may have been produced in the past, the operas for Season 2018 are all about the music of love and life, which always speaks eloquently to the present with emotions and ideas relevant in our time. Mini marvels Netsuke were functional, social, and aesthetic devices and the wonderful cute objects played a sizable role in the development of Japanese culture