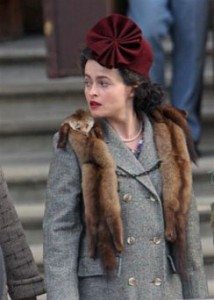 Part of my growing up years at Coogee Beach in Sydney was spent avidly reading and totally devouring the books of England’s Enid Blyton (1897-1968), children’s novelist.

My memories of them and the simple lessons in life they taught, about good and evil, right and wrong and having and using commonsense, have stayed with me all of my life.

When they were banned in some libraries and schools for a time, by perhaps well-meaning but misguided authorities, like so many others I was completely appalled.

Whatever their ‘proper English’ flaws these exciting novels had a ‘turn the page quality’ that encouraged children to read. Their simple lessons in life and logical solutions were definitely empowering.

Enid Blyton’s books, ever since they were first published, completely captivated millions of children world wide. They learned how to read so that they could follow the adventures of the Famous Five, and the Secret Seven for themselves.  And, in a world where literacy is the key to a child’s success in life and in building their self-esteem, they hold an important place.

Blyton died the year my first son was born in Sydney, Australia. He and his two brothers enjoyed Noddy and his friends when they were young as well as some of her novels, in which children with a minimum of adult supervision, enjoyed all sorts of thrilling adventures and solved mysteries in dark dank caves dotted along England’s coastline. 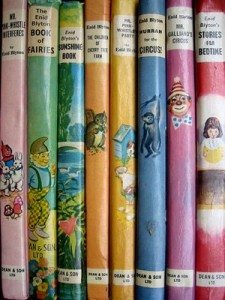 The staggering statistics about her output, 800 books in roughly 40 years, is more than amazing. The fact she still sells 8 million + books each year some 50 years after her death, is quite remarkable.

Apparently she is still ranked high in the world of authors, based on selling millions and millions of copies and, she is also the fifth most translated author worldwide with over 3544 translations of her books available in 2007.

We would have to say based on just the above she was, and remains a significant force in the world of words.

So it was more than intriguing to know that recently the BBC made a major television movie about her life. To then purchase it on iTunes and watch it with a completely open mind was my aim, because despite having read so many of her novels, for me the lady herself had always remained elusive… Helena Bonham Carter is definitely a character actor par excellence. She compelling plays the part of the indomitable, vindictive, unpleasant lady author, who lived in a world of fantasy created for other children, but not in any sort of world of reality with her own.

It is a desperately sad tale, in which Enid cares far more for fame and fortune and the opinion of her fans, than for her own two daughters. As Enid ages she becomes completely obsessed with her output and her public image, ignoring her own children while she entertains and shares secrets, parties and games with other people’s children.

Her own children’s lives are spent hidden away in a nursery with nannies and with love and support from either parent in very short supply.

Her first husband and father of the girls couldn’t handle it, so he just walked away from his loveless marriage leaving his children behind.

The second husband, although a Dr., surely falls into the category of being a silly old fool.

He seemingly spent his days doting on his famous wife while ignoring the plight of her children, despite wanting some of his own. The only time he showed any emotion at all is when Enid miscarries his son.

It is an amazing performance by Helena Bonham Carter, who was so convincing as the sensitive gentle wife of King George VI in the King’s Speech, for which she won 2011 BAFTA’s Best Supporting Actress. Although this performance was, and is less publicized, Helena Bonham Carter was also nominated for an award in the same year for this role as Enid Blyton in the made for television movie.

Debunking a myth is certainly not a populace thing to do. Portraying the heartless Enid, for whom the word bitch was surely invented, was a brave choice after playing everyone’s favourite Queen Mum.

Now I am not generally a person prone to swearing, but bitch was the only word that leaped to my mind when watching the story unfold gradually revealing the flawed author’s cruel treatment of her own children to the world.

If it is an accurate representation then this would be to the dismay of many a grandparent and parent, who had loved her works as a child and would have bought them for their own I am sure. 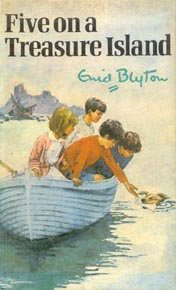 It will be interesting to see if their reaction affects the sales of her books in the future, although I suspect not. In 2012 Enid Blyton was the second most popular “classic” children’s author borrowed in libraries (pipped by the popular Roald Dahl) – though she does have the advantage of 700 books to choose from. After all for years purchases of the baby boomer generation, now grandparents, have counted as a major part of her success.

Enid Blyton had a sad childhood it’s true. Losing her father from her life at an early age affected the rest of it as it did the relationship that she didn’t develop with her brothers. However many people have had sad childhoods and yet they would never wittingly or willingly harm others because of it.

Surely it would be considered far more usual to be protective of their own children. Not abandon them. So its really an excuse not a reason as an adult she could have made a much more informed choice.

Children need to be regularly talked to, read to and sung to…they cannot learn to communicate well unless we do. Listening to stories from the first months of life helps children understand the stories we hear and read through books are filled with facts, fun, fantasy and food for thought. If this experience is shared with another, the experience is enhanced.

It is clear, based on the television movie Enid that Enid Blyton was a completely lost soul, in the great scheme of things.

What she did understand however was the world children live in. Blyton’s whole approach was simple, she told stories in print as she would have spoken them, very unlike the sophisticated children’s literature of today that operates on more than one level. She did not ever write beyond their understanding, which is why they devoured them voraciously, and still do.

Perhaps she had that ability because she was and remained, in so many ways, completely childlike by immersing her own persona entirely in their imaginary world. Fantasy is as fantasy does.

One can find real beauty in the design style known as Biedermeier. While only short lived, it was suffused with truth and dignity in its ‘rigorous simplicity’. The style’s name is a play on the word Bieder, meaning unpretentious or plain, and Maieir, a German surname much like Smith or…