Reality is a figment of our imagination, so if what we perceive is often wrong how can we know what is real or what isn’t* Education + Entertainment can be both encouraging and empowering. Portraying an eccentric, sometimes pompous neuroscientist and out of the box consultant to the FBI, with a unique outlook on life to help the government get to the truth of criminal cases, is the premise of a new television series entitled Perception, featuring Eric McCormack as Dr Daniel Pierce. His ability to understand how the mind works is exacerbated by his own paranoid schizophrenia. Daniel tends to get under everyone skin with his strange methods and off-putting habits and we would have to say that his behavioural patterns are not something society can easily or readily accept. His condition however only adds to his own extraordinary understanding of the mind and how it works. He hallucinates often making connections, or holding conversations with people he wishes were in his life. He needs them to mentor his ideas and discuss whether his own perceptions are right or wrong.

While sometimes this helps him, at other times it turns out to be a curse. If this happens to stop himself behaving badly he has put in place mechanisms that will help him get back on track. Putting on headphones to listen to classical music while working on crossword puzzles gives him relief. The puzzles help him to concentrate and the music soothes his brain helping him finally to regain his equilibrium. This is no co-incidence. The harmony associated with the style of music we now call classical, was composed based on proven mathematical principles of harmony. The result is very real

Perception, or the awareness or apprehension of things by sight, hearing, touch, smell and taste—has long been a preoccupation of philosophers. One pervasive and traditional problem often called “the problem of perception”, is created by the phenomena of perceptual illusion and hallucination. If these kinds of error are possible, how can perception be what it intuitively seems to be, a direct and immediate access to reality? The possibilities of error challenge the intelligibility of the phenomenon of perception, and how the major theories about perception during the last century have changed. We are living in an age characterized by ‘neurological reflexivity’, in which enlightened self-awareness includes a capacity for us to shape the social and biological conditions that underpin our actions. 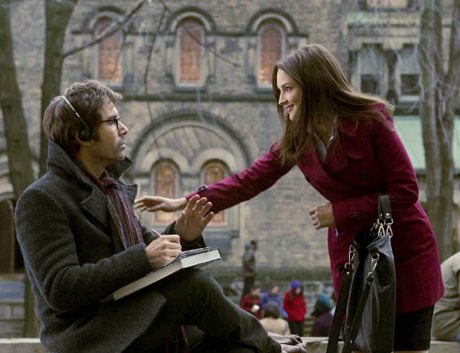 Eric McCormack has had a stellar career and gained a huge following as Will, in the comedic sidcom Will and Grace that had an eight season run on television and earned him a Screen Actor’s Guild Award, five Golden Globe nominations and the Emmy for Outstanding Lead Actor in a Comedy Series.

McCormack brings a great deal of pathos, commitment and competence to what is a very a smart curmudgeon role, which seems tailor made just for him. This enticing new show is at a very different pace to the spy oriented, government agent challenged all action series of shows we are now generally used to. It has also not as yet entered the realms of shows like the Mentalist, that have gained a huge following after years on air. However it is early days for the writers, who are gently feeling their way in a series that, based on its initial episodes, has enormous potential and much-admired critics already viewing it in a positive light.

With a rising interest in Neuroscience, we have an opportunity, which we must not squander, to sophisticate our understanding of ourselves** Sporting the stubble of a designer beard, a sign of a new maturity as Pierce is meant to be a professor in an eminent educational institution, McCormack is sure to win over a whole new legion of fans. He’s paced his return to a major series well, and to choose a drama that suits his style is intelligent. His alter ego Pierce’s work in education is all about cognition and how the brain constructs reality. The human brain has been our own inbuilt communication system, our broadband if you like to access the world around us and it has been that way for centuries. While clear thinking matters, at the touchstone of our thought should be our concern for others. This aspect of our mental health is at the forefront of research because without compassion for others we begin to enter the dangerous realms of unreality. 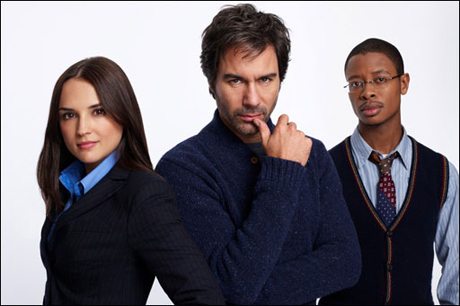 Rachael Leigh Cook co-stars as FBI agent Kate Moretti, Pierce’s former student. She is the one who recruits Pierce to consult with her on certain cases. Unlike her colleagues, Kate is willing to look past her former professor’s peculiarities. Also in Daniel’s life is Max Lewicki (Arjay Smith), a young man who serves as his teaching assistant, while keeping him in line and on task.

No doubt the show itself will prove challenging for many as they recognise aspects of their own personalities and that of friends or family in this professorial protagonist, who has a certain wayward charm.

In general our brain is always functioning within our current social systems and utilising cultural tools. Daniel Pierce’s mental condition and offbeat manner make it extremely difficult for him to achieve close friendships or to establish and hold the intimate relationships with others that he seems to crave.

While he’s fine when solving an intricate puzzle or a coded message, it is possible for him to become quickly overwhelmed ensuring that he seeks refuge in those places he has established to help him regain normality. Suddenly conducting a mythical orchestra in a crowded place with your eyes closed and headphones on is a calming sensation for him, but a disturbing one for those surrounding him as they observe his out of step and quite odd behaviour. It seems we all do have clear perceptions of what we consider normal to be.

According to our U.S. correspondent it is all quite terrifying stuff, especially if you think in any depth at all about his predicament, one that will be shared by many others around the world today who are seeking understanding of their ongoing mental health challenges. It certainly seems to want to educate people that it is all right to be different and how, when viewed positively, while such conditions represent challenges for everyone involved, they are not insurmountable.

Years ago we locked people up who stood outside our norm, but the modern premise is to endeavour to understand them because, in many ways, they have a great deal to offer society, just like Professor Pierce.

The notion of a rational individual who makes decisions consciously, consistently and independently is only a very partial account of who we are. Science is telling us each day what most of us sense intuitively. That humans are a social species and that it is up to us to shape our lives accordingly, which is what our wonderfully wacky professor Dr Daniel Pierce is simply attempting to do. 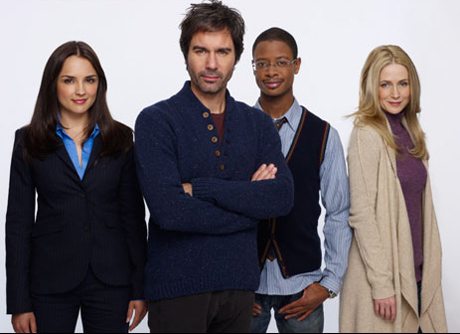 Natalie Vincent plays Kelly Rowan, a woman who is Daniel’s intellectual equal. Although a figment of his imagination, he is able to conjur her up at difficult times when he needs her always intelligent and exceedingly wise counsel. In addition, award-winning actor LeVar Burton (Roots, Star Trek: The Next Generation) will play a recurring role as Paul Haley, a dean at the university and Pierce’s friend.

This series holds a great deal of promise of things to come. It joins a group of slightly off beat shows such as Numbers, which also picked up a huge following with its intelligent approach and using mathematical solutions to many of the challenges we face in life.

Perception will no doubt stimulate a great deal of debate, especially about the so-called social brain, which is a huge topic of medical science and review currently. The thing always to remember, if we are to retain our own grip on reality, is that while the series will be enlightening in many ways, it is primarily also meant to be, entertainment.

A Video to watch about Understanding the Brain

Rising star in the field of neuroscience, talking at the RSA at London, Sebastian Seung argues that our identity lies not in our genes but in the connections between our brain cells – and he describes the monumental task of mapping these “connectomes”.

George IV was the last of the Hanoverian Georgian Kings and gave an impressive diamond riviére to his mistress Elizabeth, Lady Conyngham, who reputedly received gifts of jewels valued at the time in the region of 80,000 pounds. Jewellers in the early nineteenth century were realizing the importance of light…