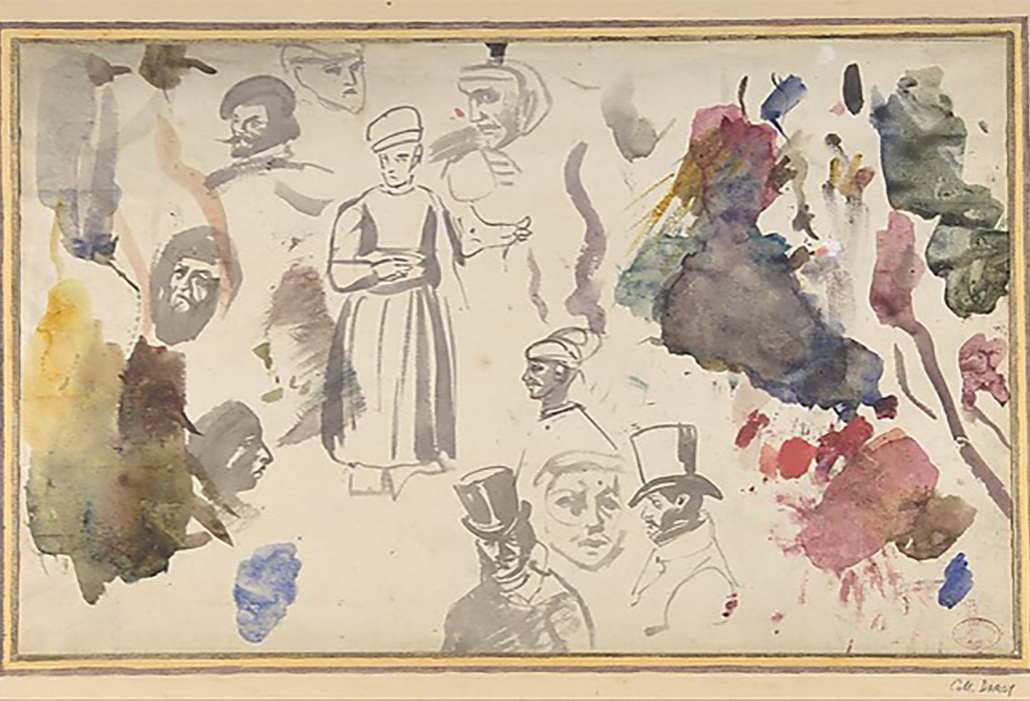 Born as the nineteenth century was drawing to a close following the turmoil of the revolution, renowned French Romantic painter Eugéne Delacroix (1798-1863) completed his preparation drawings and coloured his painting works in an exciting and influential manner. 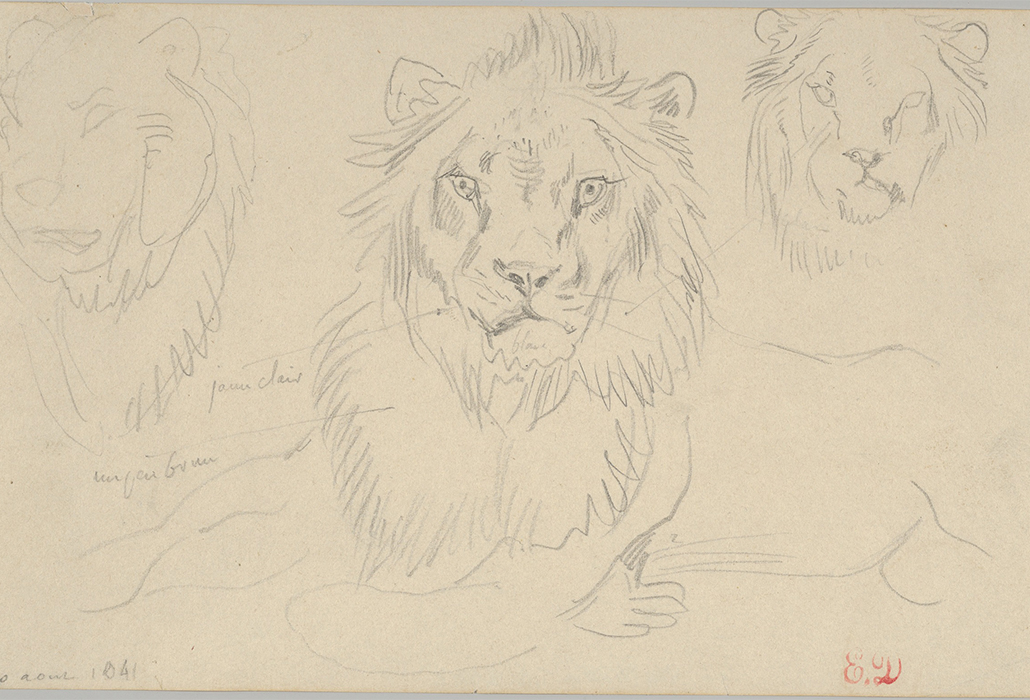 This year The Met Fifth Avenue in New York will present two outstanding exhibitions that celebrate the innovative artist and his genius. 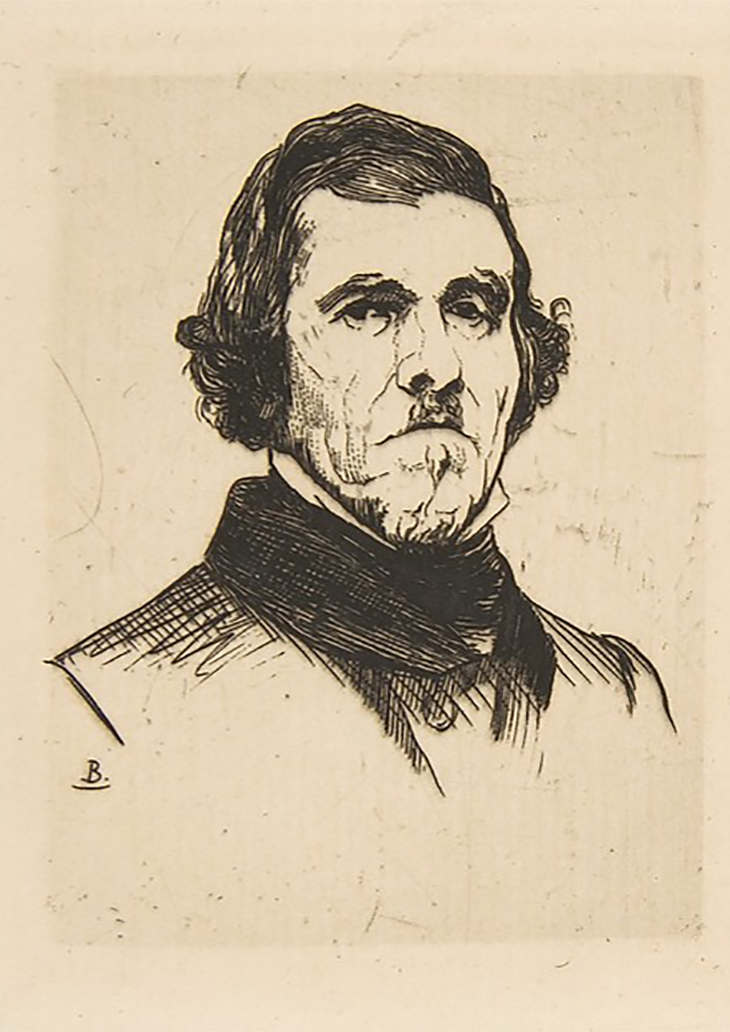 First up, made possible by The Schiff Foundation, Devotion to Drawing: The Karen B Cohen Collection of Eugéne Delacroix starts July 17, 2018 – November 12, 2018.

The displays will be arranged with an eye to Delacroix’s changing process and artistic development, allowing you to examine his works, from sketchbook to project and-or a finished work of art on canvas.

The drawing show will be an examination of his considerable artistry and fine draughtsmanship, by examining his studies from life and nature; encompassing the breadth of his range of sources.

Notable are his trip to Normandy in 1829 and costumes sketched during a performance of Shakespeare’s Othello in Paris in 1855.

A major retrospective of Eugéne Delacroix’s paintings will be made possible by the Eugene V. and Clare E. Thaw Charitable Trust, and the second show is entitled simply Delacroix.  What more is there to say! 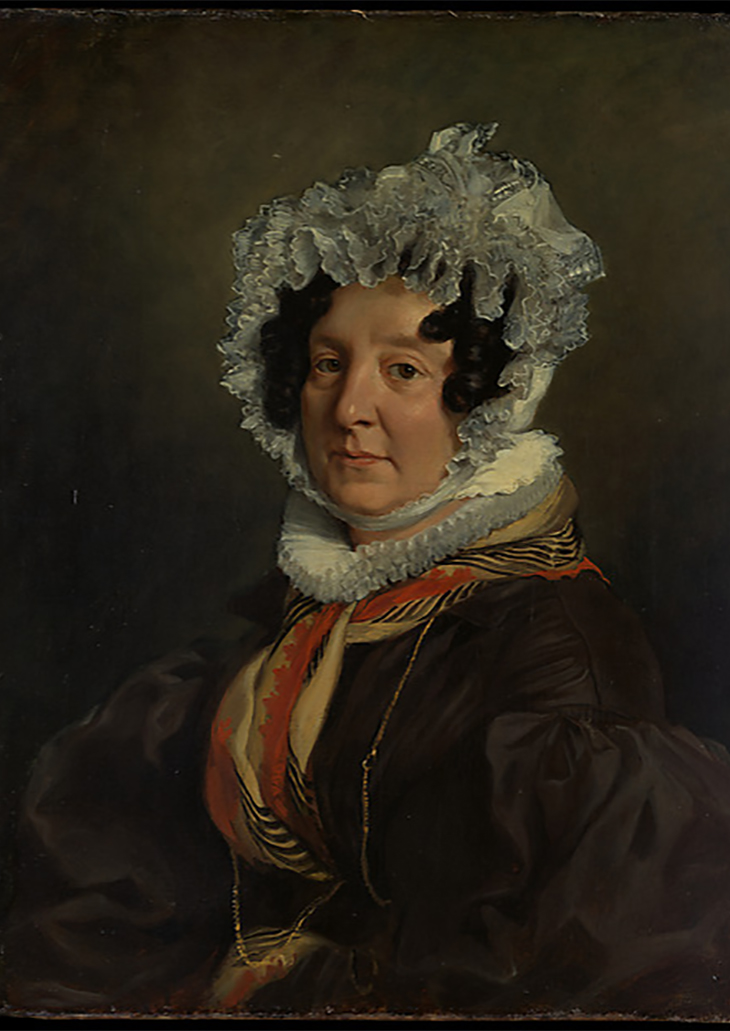 The painting exhibition will be the first to be held in North America. At The Met Fifth Avenue, September 17 – January 6, 2019, it will be showcasing the artist’s restless imagination through approximately 145 works.

The two shows will overlap in time for some two months, to give those interested and with the time, a chance to visit them one after the other.

Both exhibitions will attract crowds, who will enjoy the knowledge that in his art form Eugéne Delacroix, echoed the great poets of his day, including the swoonworthy George Gordon Byron, 6th Baron Byron FRS, known as Lord Byron, English, poet, peer and politician. 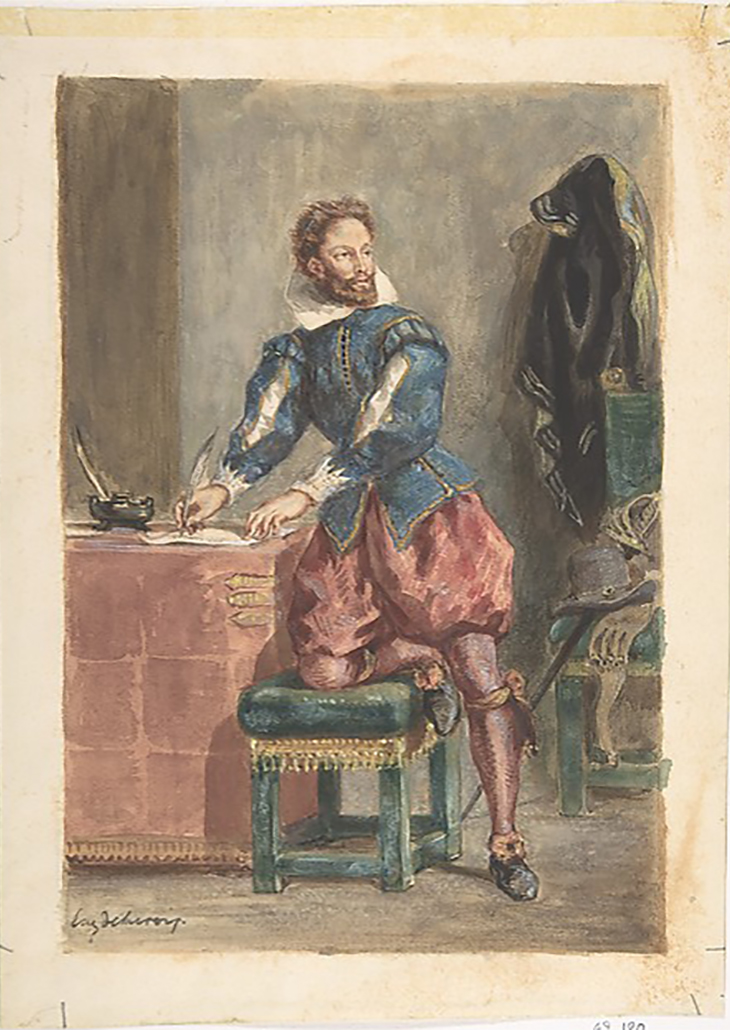 The powerful modeling of the figures in Delacroix’s drawings are complimentary to the rich colours he used in his paintings. They were reminiscent of the early days of the dynamic sensuous exuberance of Baroque specialist Peter Paul Rubens (1577-1640).

On canvas, Eugéne Delacroix  recorded the dreadful massacre of the Greeks by the Turks on the island of Chios. 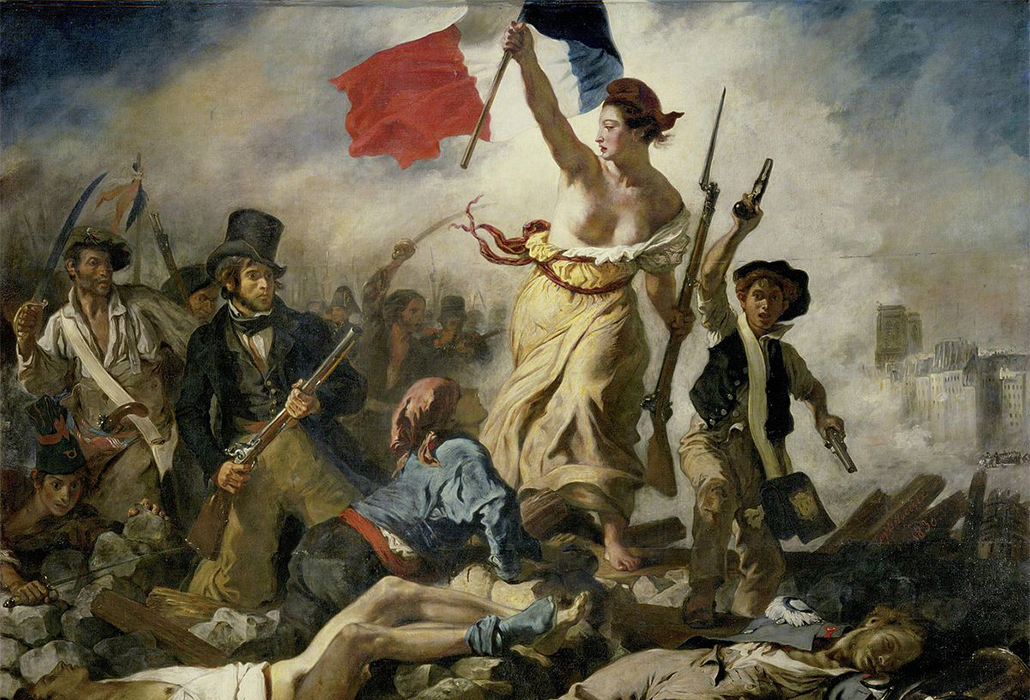 His ‘liberty leading the people’ spotlights that triumphant lady waving her victory flag high above the carnage, which had been caused by the men below. He was commemorating the fractious nature of the conflict, which also helped to bring Louis Philippe to the French throne.

He achieved complete unity of expression while depicting the horror, the pride, hurt and despair of those who suffered cruelly, contrasting with the beauty of the mountainous terrain and white cloud studded blue sky behind them. 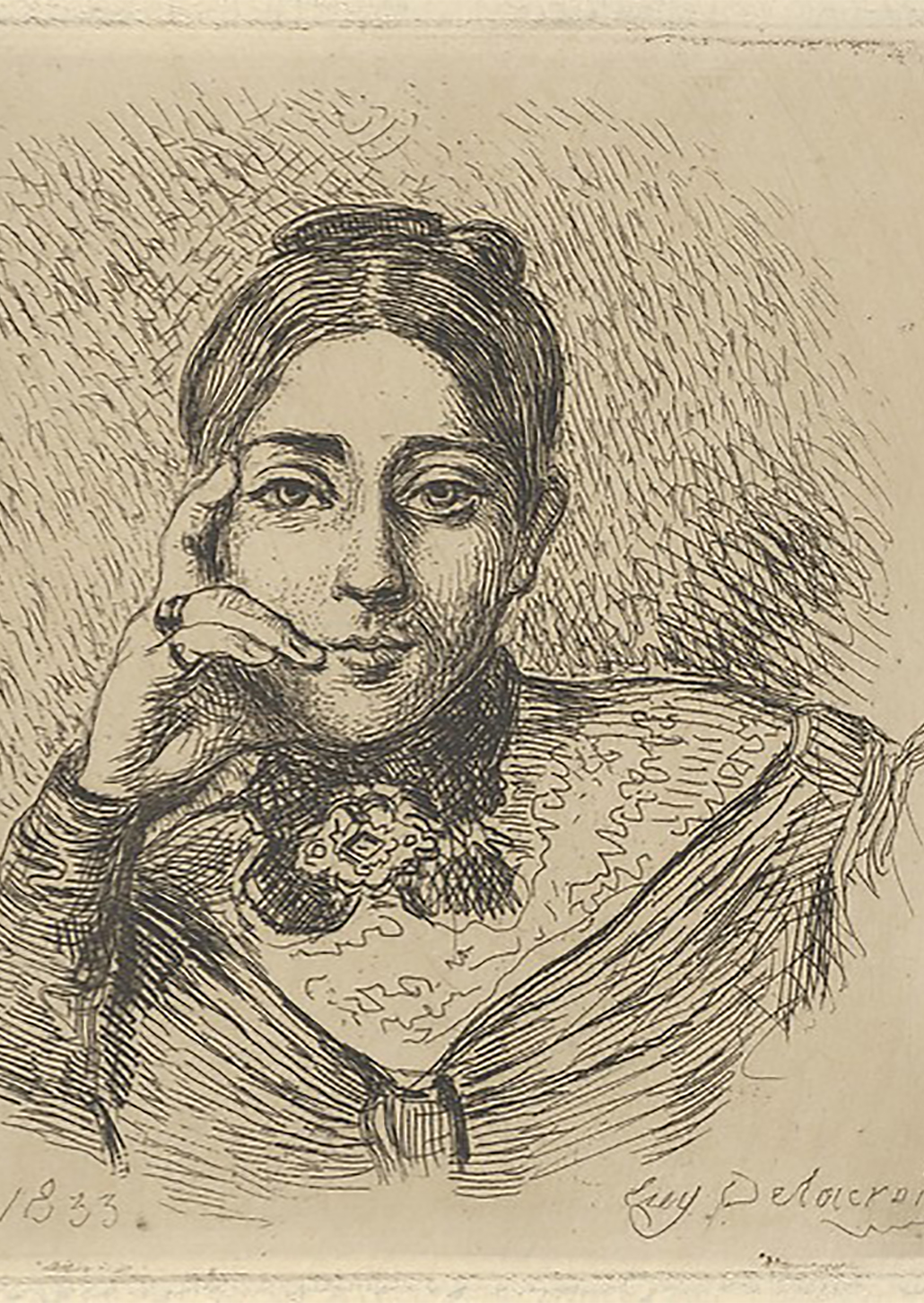 In maturity he brought allegory and reason together and they reflect a change in Delacroix’s style. Although it still retained elements of his youthful impressions of the grand manner, it was somehow seemingly more subdued.

Eugéne Delacroix was in reality a talented descendant of the famous Oeben-Riesener family of master craftsmen, who created furniture for the use of the Kings and courts throughout the seventeenth and eighteenth centuries in France and Europe.

Coming from a creative line, he pursued his classical studies, forming a passion for contemporary music and the events and people of his day.

He moved in illustrious company and it is recorded he met many celebrities, such as composer and pianist Frederic Chopin, the woman who was his lover and dressed like a man, writer George Sand, historical painter Antoine-Jean Gros and renowned academic painter Baron Pierre-Narcisse Guerin. 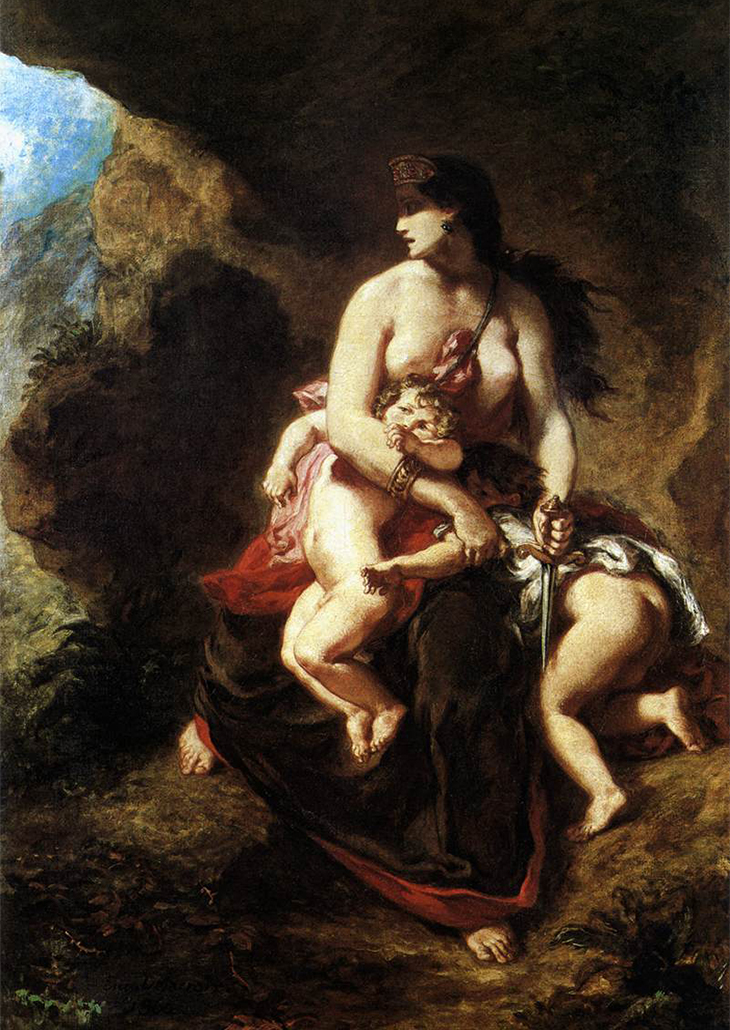 When he became interior minister to the French government in the 1830’s, he employed Delacroix to carry out architectural decorations.

Drawings were the foundation of Delacroix’s art and he used ink, wash and watercolour as he revealed the imagination so integral to his work on paper.

His paintings unfold chronologically and include such famous works as the Ruins of Missolonghi (1826), The Battle of Nancy (1831), Women of Algiers in Their Apartment (1834), and Medea about to Kill Her Children (1838), as he set the bar very high for his colleagues to follow.

Devotion to Drawing: The Karen B. Cohen Collection of Eugène Delacroix

The exhibition is organized by Ashley E. Dunn, Assistant Curator in The Met’s Department of Drawings and Prints.

The exhibition is made possible by the Eugene V. and Clare E. Thaw Charitable Trust. Additional support is provided by the Janice H. Levin Fund, the Sherman Fairchild Foundation, The Florence Gould Foundation, and the Gail and Parker Gilbert Fund. It is organized by The Metropolitan Museum of Art and the Musée du Louvre. The catalogue is made possible by the Janice H. Levin Fund

The Regency era in England from 1811 when Prince of Wales ruled England until his father’s death in 1820, saw the rise of the first professional art critics. They were either wealthy connoisseurs or collectors, like Richard Payne Knight (who had a fine eye for erotica) or working journalists like…