Glittering melancholy and killing your best friend over a flirtation gone horribly wrong, is the central motif of Eugene Onegin, a tormented tale about a St Petersburg intellectual who enjoys a dalliance with a young country girl. He insensitively rejects her when she ‘embarrassingly’ declares her love for him in a letter.

Featuring wonderful music and a storyline about the doomed love between Onegin and Tatyana, two members of Russian high society during the romantic era this tormented tale was successfully lifted from the poignant poetic pages of a novel in verse form by Russian writer Alexander Pushkin (1799-1837). He was considered the literary giant of his age.

This is an extremely demanding piece of theatre on every level.

It was a total triumph for Russian composer Pyotr Illyich Tchaikovsky (1840 – 1893) during his own age, and again in ours when Opera Australia presented Eugene Onegin during their autumn season 2014, as a co-production with the Royal Opera House at Covent Garden in London and Fondazione Teatro Regio at Turin in Italy.

Tatyana’s was love given freely but is rejected by Onegin with scorn. It is regretted when it’s all far too late and after a lot of heartbreak, soul searching and a duel between best friends that ends in death for one of them, it is finally and firmly consigned to being but a memory tinged with remorse.

It is about aching all over for what might have been, and desire haunting your dreams. 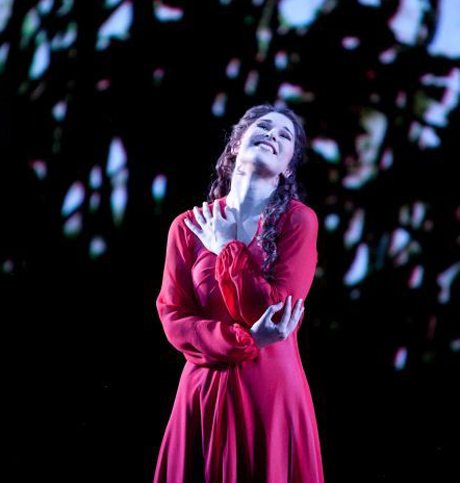 Directed by the completely self-confessed Danish opera nerd and director, Kasper Holten, with a fine cast, reminiscence and regret are the key elements, both challenging and delighting its audience.

After years of travelling having affairs with many women, but always finding he was missing that certain something in his life, Onegin discovers Tatyana once again, although she’s married now to one of his relatives.  What is that commandment…“I shall not covet my neighbour’s wife”

Tatyana is not only a beautiful graceful mature woman when they meet again, but also one of the highest rank. She has married her Prince and despite holding Onegin first and foremost in her heart, loves Prince Gremin too and will not merely walk away from him at Onegin’s behest.

She has courage of her convictions, a distinctive moral compass and above all a very good heart.

The Australian born Soprano Nicole Car is the lovely Tatyana, and what a sublime performance she gave at the Melbourne premiere.

Full of courage, glorious singing at every aspect of her voice’s range, confident while modest and so full of grace and beauty it was hard for the audience not to ache all over for her predicament.

Hers wasn’t a decision of spite, but one of true love. She displayed great pathos; musical melody exploited by the human voice, in a powerful performance of sensuous beauty and soaring vitality. Car was quite simply outstanding in this very demanding and very difficult role. She played with every inch of our emotions throughout her stunning performance.

What a rich, round wonderful voice she has, full of warmth and beauty, one that resonates all the way through both your head and your heart.

The long letter scene where she is singing for an extended period of time revealed her voice’s great strength as it soared through every aspect of her extensive vocal range. Technically she was superb, but wait there’s more.

In her notes both high and low Nicole’s voice was always pure, beautifully paced, never forced and really quite remarkable.  It had great depth and feeling.

You can sense in the mature scenes of her performance, the dormant passion now held well in control, unlike the young country girl whose innocent heart had spoken so openly and truthfully at first about her feelings to the man she loved.

Nicole is Tatyana, modest, gentle and self-assured, as she unleashes what can only be described as her own elegant style of quiet majesty on every level.

We are completely convinced she is Tatyana most importantly in her soul, which is the place where her wonderful voice truly comes from.

Nicole Car’s repertoire is indeed impressive to date, and she’s already won numerous awards and if she doesn’t take one out for this, then there is something wrong with the system. If you could give her an Oscar you would. 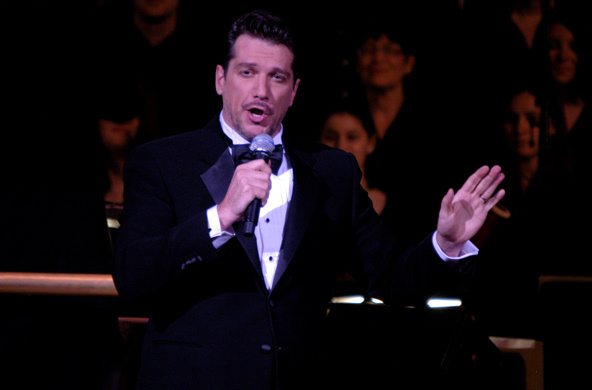 Paulo Szot an acclaimed and versatile Polish-Brazilian baritone was Eugene Onegin. While for me he may have lacked that certain ‘dash’ in his overall persona despite his vocal range being faultless.

It worked wonderfully well with his leading lady and he surmounted the orchestration easily as he slowly revealed the sense of longing he feels for that intangible something he knows is missing in his life, despite always being busy and surrounded by happy laughing people.

He sang with an intuitive sensitivity and great passion, especially in Act Two where he and Tatyana meet again and come to terms with the decisions they made in life, perfectly projecting his understanding of abiding loneliness. Dual Helpmann award-winning tenor James Egglestone was the poet and Onegin’s best friend Lensky. He sang with conviction and commitment, giving a wonderful performance that was both dramatic and powerful with a voice that was bright and distinctive.

Lensky has been in love with Tatyana’s younger slightly naive sister Olga since they were children until Onegin ruins it all for them both.

This role was sung by the lovely soprano Sian Pendry with sweet delight, totally in tune with both her age and style.

Dominica Matthews was her mother Madame Larina a widowed landowner, producing a caricature of a woman weighed down by dealing with the disappointments of life, fretful for her daughters and their choices. It was quite dotty, but delightful reminding me of Jane Austen’s great character Mrs Bennett.

Jacqueline Dark as Filippyevna performed with both presence and purpose. She was warm, giving us a strong sense of a good and faithful retainer who loves her task; to look after the health and well being of the two daughters of the house, while providing  them with a solid grounding in life. 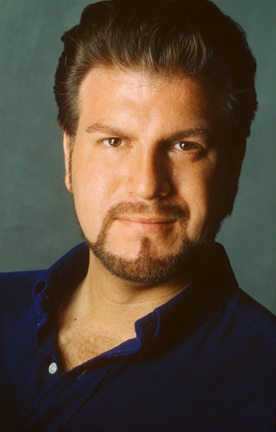 The bountiful, and indeed beautiful bass baritone Daniel Sumegi was Prince Gremin. Wow, what an incredible voice he has – he was just brilliant.

He had completely won me over the week before with exceptionally fine singing in OA’s Rigoletto. However his main aria in the final act of this took my admiration to a whole new level.

He is totally authentic, with great gravitas and a truly noble strength, one that is quietly overwhelming.

It was very attractive as he put Onegin perfectly in his place in the hierarchy of life at that time.

A delightful cameo performance by Kanen Breen as ‘Triquet, the only comedic relief in this torrid tale, was a master class for emerging artists.

The dancers were lyrical and lovely, adding yet another layer of sadness and soul searching moments.

The men and women of the chorus sang extremely well and with great feeling, providing a wonderful milieu of mingled rich voices that also gave strength and purpose to the narrative of the tale.

He and all those involved in this splendid production for Opera Australia certainly triumphed both vocally and in the telling of this tumultuous tale.

The lead singers learn just on three hours of intense Russian dialogue for starters, let alone how to enact every scene in high dudgeon, with their emotions running full gamut, and ours right along with them. Holten’s direction and staging is the key to what is a very successful interpretation, as we reflected and rode along becoming voyeurs of Onegin and Tatyana’s story.

It takes place in a world where cheerful happy peasants (opera chorus) sing all day long in the fields.

They respect their ‘betters, who late at night dance silently under gleaming chandeliers in ballrooms filled with swirling, sad lonely figures. The classic ‘black’ ballroom scene was so ‘very Melbourne’.

Silent actor-dancers, Emily Ranford as a young Tatyana and Sam Coleby as a young Onegin, echoed their counterparts, portraying the main characters as their younger selves, allowing the older wiser versions an opportunity to interact and judge their own actions. This innovative device allows the audience to observe their strengths and their weaknesses, gaining an insight into the structure of the elite high society of their age and its mores, moral and otherwise.

It’s an interesting concept, one very useful in the telling of the tale. As well, the letter that Tatyana writes cleverly becomes yet another an iconic device linking the past, to the present and to the future.

The choreography by Signe Fabricius details the considered and well-planned movement of all the players on stage whether actors, singers or dancers. It is vital and central to the telling of the story. There is a simple, yet entirely effective ‘classical’ set design by Mia Stensgaard, which allows us to see both the inner and outer worlds our player’s are inhabiting all at once, and it is aided by stunning video projections by Leo Warner that draw us all into the drama

The set was also made much more effective by the great lighting design from Wolfgang Goebbel, who changed our mood many times.

The understated period style costumes by Katrina Lindsay were important to our understanding of what was going on and also succeeded admirably.

This was an opera to both savour and admire as we travel the whole emotional gamut of the player’s journey.

The audience became connected intimately to the tale, which was made palpable by the splendid way all the singers and actors handled themselves on the stage.

Music expresses emotions and ideas in significant forms with its rhythm melody, harmony and colour elements contributing to creating an art of sound. It can display both darkness and light, as opposing forces in its make up, highlighting its ability to represent two sides of a coin as it does so well here.

The original libretto for this stylish piece was based on a novel that had great character development and was seen to be a social commentary on the world of the upper classes in Russia during the second half of the 19th century.

Tchaikovsky was reputedly hesitant at first about endeavouring to produce a storyline from such a source, but the more he thought about it, the more excited he became about creating the scenarios, the characters and composing the music.

However he did a great job, as did the orchestra on opening night in Melbourne, with sensitive playing under the skillful baton of Guillaume Tourniaire.

Kasper Holten says, “Onegin is not about kings or princes or faraway magic and gods. It’s about real people. About something with which we can really identify. And that, for me, gives Onegin a very special yet fragile quality”.