The Rolling Stones, now cultural icons led by rock music’s favourite singer, songwriter and lead vocalist celebrity Mick Jagger, have been rolling along relentlessly since forming in 1962, some seven or so years after Bill Hayley and His Comets burst onto the world stage to Rock Around the Clock, providing an anthem for ‘rebellious’ youth. The English Stones were not that different in style to the well tailored American in in his loud plaid jacket with a band in jackets and ties. Mick Jagger and his group conformed first up to the acceptable dress code of those days or they wouldn’t have got a gig. It’s very different now some fifty plus years having rolled by and with over 400 successful songs under their belt. The whole world has changed, but it has been rocking to the music of The Rolling Stones since the  seventies when they donned blue jeans and T’s and became notorious, as well as involved in all sorts of entanglements romantically and otherwise. Now all sins forgiven they are the focus of their own fabulous show Exhibitionism, opening at the renowned Saatchi Gallery on the King’s Road, April 5 – September 4, 2016. There has been over two-dozen studio albums, countless mega-pandemonium tours, public squabbles and lots of turmoil. Having gathered very little moss along the way as Septuagenarians, original members Mick Jagger and Charlie Watts together with Keith Richards and Ronnie Wood (joined 1975) look as dangerous and commanding as ever and are still capable of giving crowds far more Satisfaction than any band 50 years their junior One of the world’s most famous Septuagenarians, the gravelly voiced Mick Jagger together with the current members of The Rolling Stones will be on hand for the grand opening of Exhibitionism, continuing to making history as they have now for over half a century. 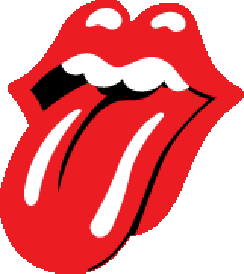 All the items on show have come from The Rolling Stones private archive and so fans are sure to flock in their thousands to lend their support as they always have done, to one of the world’s most popular contemporary music groups.