Fillies in fabulous frocks and fellas in their finery show off their festival form and fine fetlocks at Melbourne in November, when the horse racing event of the Australian calendar, the Melbourne Cup is the race that stops the nation.  But even the fastest of the horses would not finish ahead of the ferocious fashionista’s all clad in fantastic finery competing, clamouring and cramming into celebratory events all over the city during L’Oreal Melbourne Fashion Festival Week March 14 – 20, 2011.

All the elite of the industry representing Australian and New Zealand fashion designers will be there presenting sophisticated collections from many much lauded designers as well as promising newcomers. The theme is about bringing fashion to the people. So it’s all about being ‘elite’ (maintaining high standards) but not being ‘elitist’ (excluding members of the community who have normal bank accounts). There are five shows under $50 to attend.

Whatever fashion is – beautiful, challenging, exciting, inspiring, sophisticated city, country cool or seashore sensational it should always be liberating and retain an element of fun.

The 2011 Festivals all new Creative director Grant Pearce led the week off by combining a runway show with a fabulous concert of celebrity musical talent helping celebrate design, designers, styles, music and moments from the 1960s until today.

Watch the highlights on Fashion Festival TV and then read on The fad for recreating the styles of New York’s Madison Avenue advertising precinct in the 50’s, which was inspired by the runaway success of the television series MadMen, seems to be giving way to an all new American aviator meets the fragile fresh female look originally so stylishly worn by Robert Redford and Mia Farrow in The Great Gatsby of 1974.

Fashions were designed as a mixture of the affluent summer socialite style of the Hampton’s, situated on the far east end of Long Island, New York combined with the sleek, savvy successful sophisticated style of French art deco, whose modern streamlined maidens epitomized extreme elegance.

The philosophy behind the success of the Art Deco style was about integrating contemporary living with art, and turning life into art against those consciously working for the undoing of art, and its purpose was enjoyment.

The success of the landmark creative TV series Boardwalk Empire and, perhaps to a lesser degree, “Royal Pains”, which is actually filmed on location in the Hampton’s, is no doubt helping drive a new look forward. Its all about quality hand finishes, beading and lots of glamour.

Francis Scott Key Fitzgerald wrote his famous novel The Great Gatsby in 1925. He was at the forefront of cool during the Jazz Age. It is considered a classic of literature, just like the clothes from the period are considered classics of style.

Classic means ‘of acknowledged excellence’ according to Oxford Dictionary, and this week’s festival fashion offerings will become integral to the classical Melbourne tradition. 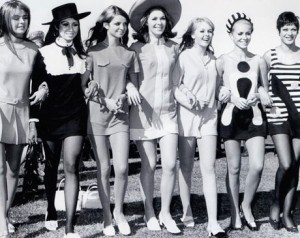 Melbourne has always had the reputation for being the fashion capital of Australia. It began to grow when local talent Norma Tullo opened her first store in 1956 to produce clothes that she wanted herself. She was both a critical and commercial success. Tullo encouraged the Australian design industry by fostering an environment in which it could flourish. My first and only Tullo dress, purchased in the 60’s, still hangs in my wardrobe because I it is the one I have never been able to part with.

The 60’s was when hemlines rose to the shock and horror of many. Women reveled in their new found freedom in dress, which now reflected their independence.

Contemporary fashion and design are often past styles re-invented to look brand new. But whatever the style is in a haute couture environment it is really the skill of the designer, their pattern maker and the seamstresses all coming together that produces a product that everyone wants to wear. This is what is at the very essence of success.

Melbourne’s Fashion Week is, as all the posters declare, a fashion full stop. 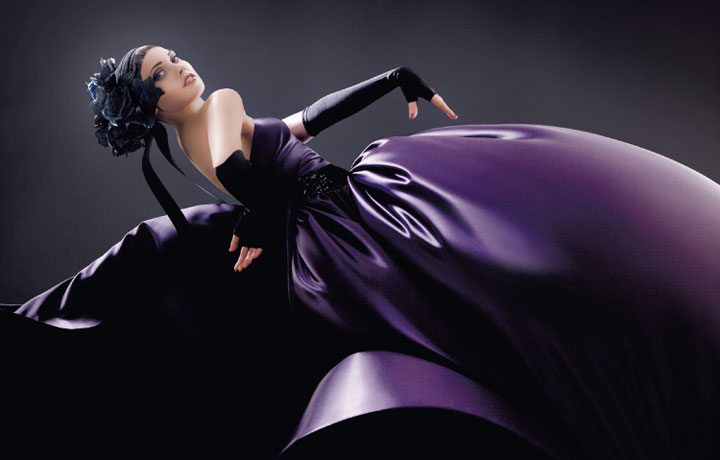 Melbourne's Fashion Week is, as all the posters declare, a fashion full stop. Marvellous Melbourne - it's all about style...

As a matter of interest a new version of The Great Gatsby 2012, to be directed by Baz Luhrmann will feature Leonardo DiCaprio, Carey Mulligan and Tobey Maguire. Pre-production is planned to begin at Sydney soon with a view to a 2012 release.

Mrs. Sarah Eliss wrote in The Women of England in 1842 “To be admitted to his heart to share his counsels and to be the chosen companion of his joys and sorrows’ it is difficult to say whether humility or gratitude should preponderate and Lady Tennyson wrote Man must be…