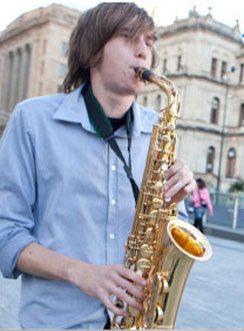 June 21, the Summer solstice the day when the earth is most inclined towards the sun has always had great significance in the northern hemisphere. It is historically midsummer when the longest day in the year occurs.  It is marked by a four or five day period in pre-Christian history when fertility rituals and festivals flourished. Bonfires were lit to protect the people from evil spirits. In France has also been the “Fete de la Saint-Jean (feast of St John) from the Christian period onward, celebrating Saint John the Baptist. Launched in France on June 21, 1982, the Fête de la Musique is a free popular fête of music, allowing the expression of all styles of music in a cheerful atmosphere. It aims at a large audience, working to popularise musical practice for young and not so young people from all cultures and social backgrounds. It gives an opportunity to communicate and share a very special moment through music. 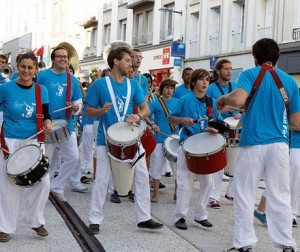 What started out as a local event in Paris has now spread all over France and held in over 514 cities and 105 countries around the globe, including Brisbane, Australia where it was founded in 2008 although the season is reversed, and it’s the day of the winter solstice, the shortest day of the year. The idea is simple. First offer musicians a spot on a street corner, in a mall, an arcade, on a city cat, down by the water, in a park or pavilion, a hospital or school and secondly provide them the support of a microphone and amplification, publicity and promotion. It works if the city itself invests in its people, as it has in Brisbane where the Brisbane City Council seized the opportunity to showcase talented Queensland performers. Consequently Fête de la Musique has gained a fabulous reputation for the quality and passion of its artists and their performances. 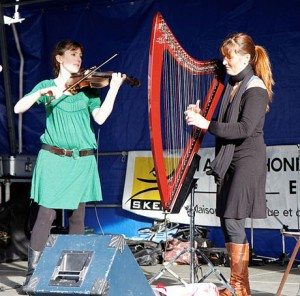 This is above all a popular Fête and any musician whether amateur or professional is invited to perform. They have an opportunity to communicate with an audience they may otherwise never connect with and share a special moment through music. Fête de la Musique is a live music presentation that is meant to not only enliven your day but also to help musical excellence to continue to grow, change shape, define, enrich and ennoble both society and life.

Get set to let your hair down when the world’s largest international live music event Fête de la Musique returns June 21, 2013 at Brisbane.

Here we are in the middle of August, our southern hemisphere winter, and I’m finally talking about the coat! This winter in Sydney hasn’t been so bad, until the heavens opened up and we were shocked into the realisation that we need some fab warm weather gear. And one of…