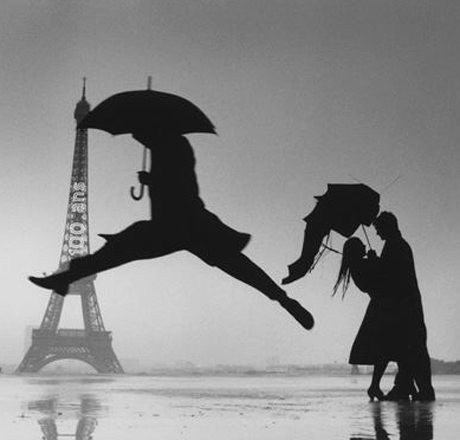 A solstice is an astronomical event occurring twice each year as the Sun reaches its highest point halfway through summer, or as her down under in Australia, its lowest excursion marking the midpoint of winter.

Féte de la Musique has become a world wide musical phenomenon since it started on the day of the summer solstice June 21 1982 at Paris where each year hundreds of musicians gather in the streets, bars and cafes giving free performances of everything from jazz and rock to hip hop, gypsy and electronic music.

An important aim of the event is to expose as many people to music as possible. An International Charter links all the countries that participate, highlighting the diversity of musical practices in each country. By better understanding our shared cultural make up, we can also help to close divisive gaps that exist between the many diverse groups of peoples now integral to our population here in Australia.

Féte de la Musique is now held in over 450 cities around the world including Brisbane (2008) and Melbourne (2010), giving communities an opportunity to communicate and share special moments through music.

Féte de la Musique provides a platform for the expression of all styles of music in a cheerful atmosphere. It aims at a large audience, working to popularize musical practice for young and not so young people from all social backgrounds.

Musicians and venues are required to donate their time for free and they are supported by a small army of volunteers who embrace the spirit of making and celebrating music in all our lives.

Brisbane Council fully embraced this wonderful festival first in 2008, when I was fortunate to be founding city producer, working with a talented team of colleagues retained by the Creative Communities division to bring it to fruition. In 2009 Brisbane’s 150th Anniversary year of its founding, being artist coordinator for some 330 performers performing in 60+ venues at Brisbane was a great privilege. The Council’s inspired support and commitment to this valuable festival is really all about encouraging the development of a principled and prosperous society by identifying and releasing human potential; surely the essence at the heart of 21st century enlightenment.

For the first time since the first two years of its founding at Brisbane the festival is back on a weekend in 2014, which does make for the event being far more lively as well as offering an opportunity for music to touch the lives of so many more people.

Newcomers will join veterans on the streets and in select venues to bring the city of Brisbane a day full of music from nearly every genre. 150+ artists have registered in 2014 so far to perform in such spaces as the Queen Street Mall, on the Brisbane City Cats, in the Brisbane City Council libraries and Queensland Rail’s Central station.

Then there is the Roma Street Parklands and the South Bank Parkland venues as well, so if you are an artist and want to participate it’s certainly time to pick up the phone.

Since its inception in Australia Fête has certainly proved the extraordinary wealth of musical talent we have in this country. Some of the highlights include the Brisbane Babas Band performing Bollywood and Bhangra numbers, Brisbane City Sounds a women’s capella harmony chorus, while 33 boys will be having their big day out as the Brisbane River City Clippers. The lovely singer songwriter Chantel Maree will offer her fusion of country and pop while the Evoke Dance & Theatre company will celebrate the era of the French Belle Époque with high kicks and elaborate costumes as well,

Fête veteran Cedric Roberts will present his solo singing performance of musical theatre, opera and pop at the Carindale Library from 11:30 am, bringing everyone home as he ‘dreams a dream; an ‘impossible dream’ and raises everyone up so they will never have to ‘walk alone’.

In Melbourne the Alliance Française will celebrate by holding indoor events the night before June 20th at the iconic Esplanade Hotel at St Kilda (The Espy), which makes for a whole different perspective on these celebrations. In June down under the average temperature at Melbourne is 7 – 14 degrees in the day, as opposed to 12 – 21 at Brisbane.  So its understandable in Melbourne people would want to be ‘indoors’.

Highlights include the Aussie Folk Princess Suzie Stapleton, who will be accompanied on stage by cellist Gareth Skinner, Melbourne based soul singer Nicolette Forte & her friends one of Melbourne’s hottest gypsy bands The Woohoo Revue, who will ensure that you will link arms for a ‘circle dance’! The Woohoo Revue are a ‘Balkan gypsy brass band’ of ‘amazingly talented musicians’ whose musical offerings are reputedly inspired by roaring twenties swing ensembles, with just a dash of the Looney Tunes soundtrack plus a hint of those Dirty Rotten Scoundrels who roamed the Riviera celebrating with all those who loved a big fat ‘gypsy’ wedding!.

They should prove popular on stage at The Espy. It is easy  to understand why Fête works so well in Brisbane out and about on the street, Queensland is the place where Australians from southern states prefer to ‘winter’.

At Sydney in 2013 events were held there, but they don’t seem to appear on the horizon at all this year, which is very sad.

Music has also been proven medically to have many therapeutic qualities, including providing an atmosphere wherein calm can prevail in our busy world.

Culture and creativity should be mainstream elements of any countries social and economic life. They help us all to expand and value democracy and its important processes, for a truly creative nation is productive, not destructive.

In the past the arts, both performance and visual have profoundly shaped and uplifted Australian society and there is no doubt it will continue to do so in the foreseeable future.

For such a cultural festival to succeed in Australia it needs true local, state and national government support. In these difficult times it seems the current Australian government is struggling to embrace the concept the French government intrinsically understand; if the people are happy the economy will continue to prosper and life will be enriched.

Each generation is able to testify to, and identify with music as one of the great social and cultural markers of their age, and the French celebration Fête de la Musique is all about the sharing the joy around.

On June 21 down under there is certainly likely to be a lot of people shouting…Vive la France!

October 5, 2014 is the day in Australia to begin saving daylight for summer although shouldn’t east coast state’s all align? What about joining in Queensland ?