The First Monday in May, maybe just another day to many, but to those in the heady world of haute couture it’s the day for the super bowl of fashion – The Met Gala Ball held in New York City.

Just what does it take to put on fashions night of nights; “the Super Bowl of fashion events” to quote Andre Leon Talley, former editor at large for American Vogue magazine and English Editor in Chief of American Vogue Anna Wintour‘s right hand man.

And we’re not just talking The Met Gala Ball.

We are talking about it accompanying the fabulous annual costume exhibition, which is staged at The Museum Of Metropolitan Art on Fifth Avenue in New York City by The Costume Institute.

Well, if this dazzling 90 minute documentary is anything to go by, it takes a small army led with military precision and extreme creativity to bring it all together.

Think of the most well-known designers in fashion history add into the mix some of the most stunning pieces from the museum’s private collection and a little dash of Napoleon’s Empire style and there’s your answer! 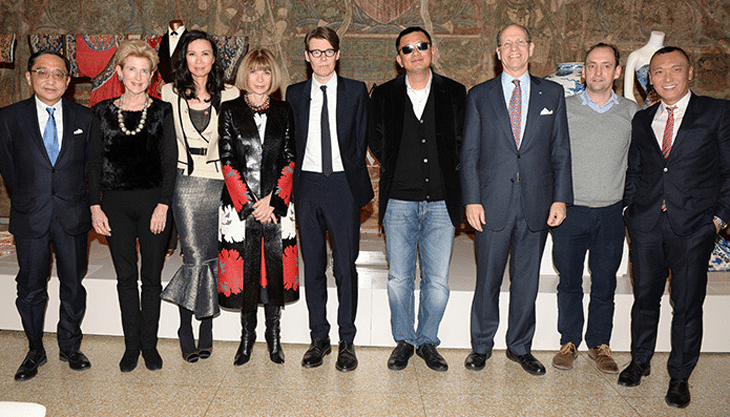 Directed by Andrew Rossi, the documentary “The First Monday In May” is a compelling observation into the workings of this coveted night of nights and it’s complexities.

Every year The Met Costume Institute chooses a different theme for the ball that launches the exhibition, created around that choice. Perfectly timed, one can’t help but feel a little politically motivated with the rise of China, it was a tour de force of east meets west in fashion and creativity. Hinging on Anna Wintour’s eagle eye and The Met Costume Institute curator Andrew Bolton’s exquisite sense of perfection, we are lead into a world of wonder and imagination, one of fantasy and escapism.

At US$25,000 per ticket, with all funds raised going directly into The Met Costume Institute, guests expect a fairytale experience. For Bolton, who as a young man of 17 from Lancashire, UK, said he wanted to be a curator at The Met, this must be a dream come true.

From humble beginnings being influenced by post punk movement “new romanticism” he explains how he found fashion as an art form.

The heady mix of fashion, art, sex and androdgony was fascinating to him in the early 1980’s and paved his love of this medium. The intricacies of creating an event such as this one are many, and when the theme is China there can be a very fine line between class and Disneyland.

How does a team embrace this challenge, and can they nail it without the room looking like a Chinese restaurant? One simply does not create kitsch when Ms Wintour is at the helm. 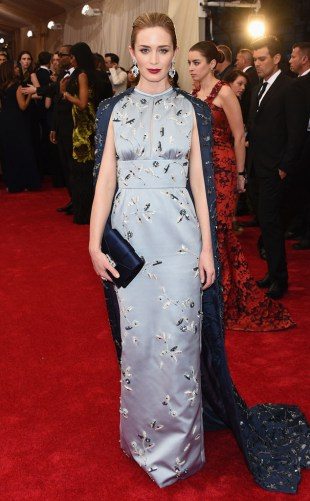 They do all that and more, but not without the thoughtful guidance of Chinese director Wong Kar Wai, famous for his 2000 film “In The Mood For Love” and Australian director Baz Luhrmann, who bring to the table aesthetics from east and west.

The former shows a sensitivity to his Chinese heritage, and the later brings beauty and drama on a grand scale.

My favourite installation featured 1000 plexiglass rods suspended in one of the galleries, beautifully imagined, creating the effect of a bamboo forest.

The brainchild of the museums lighting director, It was simply a tour de force. In a word, magnificent.

Well the scale is bigger than Ben Hur!

If there were any flowers left in the state of New York after that night, I’d be truly surprised.

The haute couture on show is brilliant.

I was almost moved to tears when The Met staff started unpacking the John Galliano for Christian Dior gowns that were to be part of the exhibition. The drama, the fabric and the painstaking workmanship that had gone into these pieces is just incredible.

Let me just say, if you’ve ever planned a wedding and wondered where to seat that difficult guest, your challenge was a walk in the park.

There are snippets of Wintour’s humour revealed as she is observed discussing the seating plans.

I was enthralled by this darling documentary that covers some of the things in life I love the most, art and fashion.

So can fashion be art?

When it touches people and moves them, then in my eyes, the answer is yes without a doubt.

If the creation can go from an idea to a piece, be it painting, sculpture or needlework then it is all part of art.

And really what is art?

I highly recommend that you grab your friends and go!

irst Monday in May

Appalling as it was, the massacre known as Peterloo, is a defining event in the evolution of western democracy and to remember it today, is to honour the fallen