The organization of gardens at different times and in different places has been based on assumptions about ‘man’s relationship with nature’.  They are often seen as an allegory for the cycle of human life and death.

Gardening as an art form differs from all others. When gardening, man provides designs, implements the layout and most especially today, ensures the garden’s maintenance takes as little time as possible. 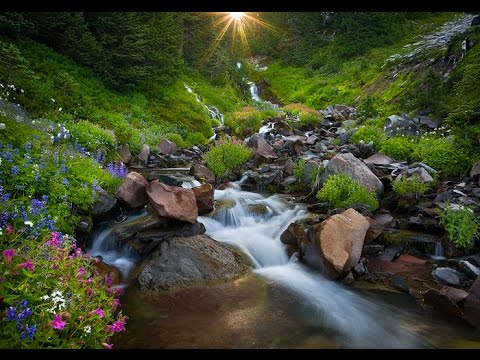 Nature provides the other ingredients; growing and living plants which, given time, bring a plan, on whatever scale, to its fulfillment.

Throughout history gardening philosophy and fashion have swung between extremes. However, today many have still remained at a place where art and contrivance are all important. 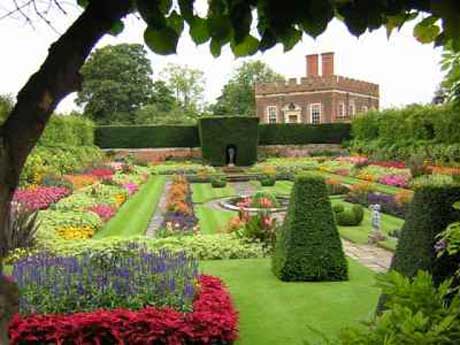 Clipped or pleached hedges and topiary shapes, emphasize the value of artificial effects, which were once all the rage at the expense of nature.

Then there are those where art is employed to deceive the eye and the garden appears to imitate nature. The gardens of Islam, and of the classical Roman age, codified the principles of the formalized, or a structured symmetrical style of gardening.

The ingredients; straight lines, balance and ornament plus compartments and vistas, focal points such as fountains, topiary, lawn enclosures and the essential vases, which also come in and out of fashion.

Over the centuries they never disappeared completely and all the earlier essential ideas that formed gardens for hundreds of years, remained lurking in the background.

They would re-emerge triumphantly given time, circumstance and availability of a setting in which they can flourish.

When Roman poet and satirist Horace wrote his lyric poem celebrating a cool, crystal spring beneath a spreading oak tree, secluded gardens ‘as a place of inspiration and repose’, they were still a new experience in Roman life. 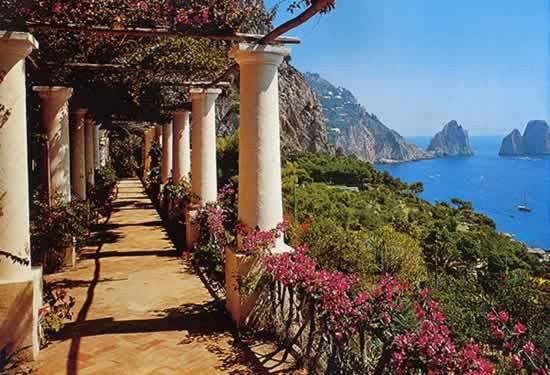 Springs and groves were universally dedicated to the Gods and if their sacred powers embraced a particular horticultural function, such as the cycle of the seasons, fertility of the fields and so on, their temples included sacred gardens.

It was during the first cengtury under the rule of Augustus that Roman houses became larger and more elaborate. This was when the atrium became open to the skies – much grander and giving access to the various rooms opening off it.

The addition of a peristyle surrounded by columns meant the atrium also became a central interior garden space. As Rome progressed and its world expanded through conquest and wealth its houses and villas with their gardens changed. Greece became the inspiring teacher, initiating the Romans into new, stirring mysteries of experience and sensibility of meaning and form.

The villa and its garden, widely developed in the Hellenic world (the period 300 years between the death of Alexander the Great of Macedon (336-323BCE) and that of the First Roman Emperor Augustus, (31BCE to AD14)), became an appropriated legacy the Romans eagerly embraced.

For those with strong and committed religious beliefs, spending time in a ‘garden of eternity’ is a desired goal. 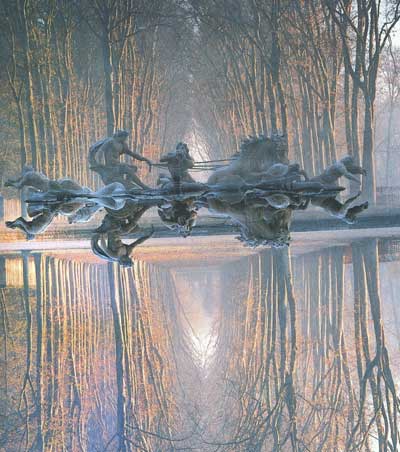 Fountain of Apollo in the Garden at Versailles, France

In the here and now it seems to be no different, and there is often an urgent need for establishing a garden to provide solace from the stresses and strains of contemporary life, while fulfilling a desire for many to find and establish a spiritual home.

There are many reasons for making gardens. They engage our emotions on so many levels, including sight and scent.

Designed for worldly pleasure, ambition, exhaustion… a garden is a place where we can escape and indulge in dreaming nostalgically. 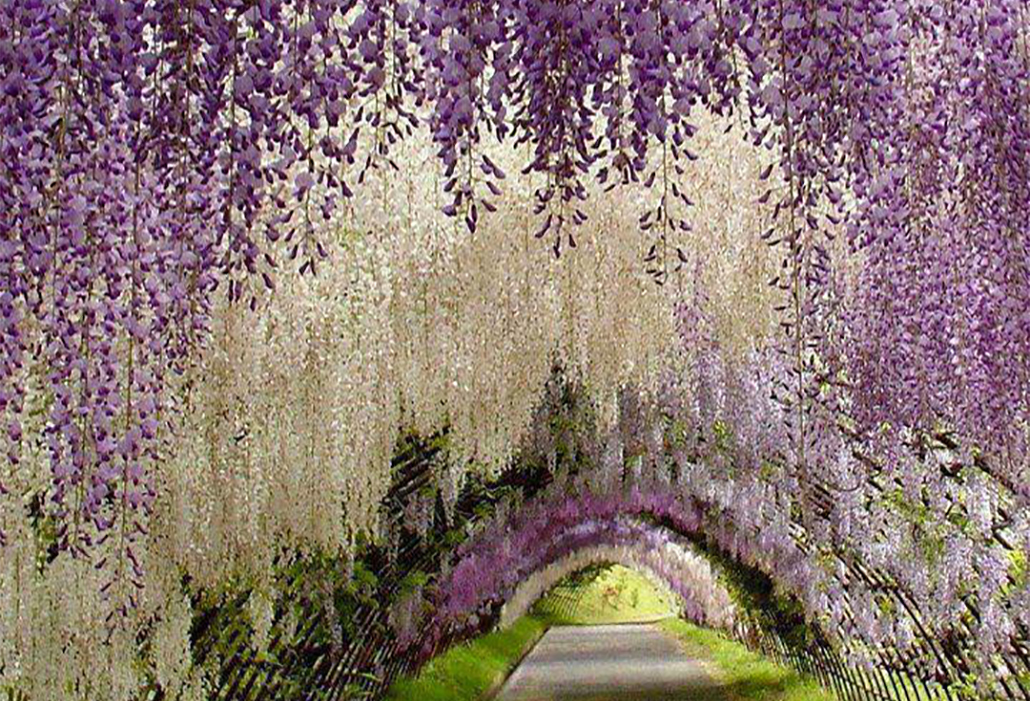 It is suggested civilisation ‘without its garden traditions may be judged impoverished, flawed and incomplete’. When you view this wisteria archway in a garden in Japan, you can believe that’s true.

It probably seems like yesterday that Christmas party invitations were arriving a stack a minute, and here we are all over again! By my calendar, once the fillies have raced on Melbourne Cup day it is only, what seems a few short weeks, till many of us celebrate a Joyous…