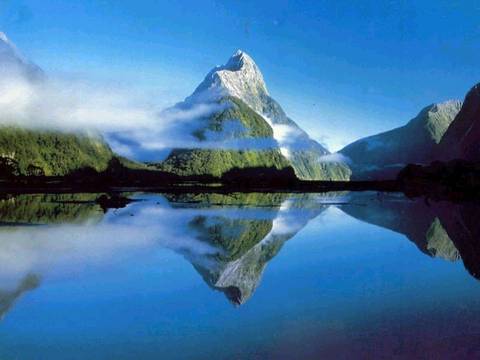 Love one another but make not a bond of love: let it rather be a moving sea between the shores of your souls’*

Shangri-La is a fictional Utopia, talked about in 1516 by English Catholic Bishop Thomas More and immortalized in the novel of the same name written in 1933 by James Hilton, a British explorer. It’s a permanently happy caring land where people live together in harmony for years beyond their normal lifespan, a perfect paradise where heaven meets earth and the rivers ‘flow with love’.

Shangri-La was only ever meant to be a place of theory, not one grounded on any sort of reality. However American born Gil Alicea and his wife, successful international literary agent, film and TV producer, Barbara J Zitwer believe they have come to know and understand what Shangri-La means and what keeping alive the flame of true love, loyalty, hope and true redemption is all about.

“You know you’re in love when you can’t fall asleep because reality is finally better than your dreams.”#

My first encounter with Barbara J. Zitwer was through her delightful novel The J.M. Barrie Ladies’ Swimming Society, which is all about the magic of Neverland and the discovery that friendships are always ongoing. They are relationships that are not dispensable, but rather have to be worked on through thick and thin and occasionally, hell and very high water. 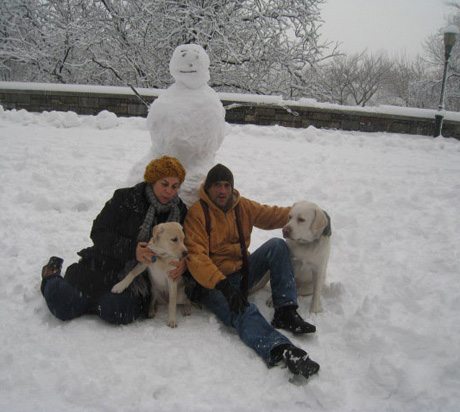 No one, no matter who they are or where they come from, can ever imagine the waters being as high as those Barbara and her husband Gil have had to surmount.  Still Livin’ is their moving memoir, an amazing story shared by two people you will need to read for yourself. If ever a story should be a motivational movie, this is surely one.

It has not been an easy journey for this stoic husband and wife team, who were originally born into polar opposite worlds; one in which for Barbara hope and trust was always attainable and for Gil, a place where all semblances of such ideas had been totally destroyed.

Barbara and Gil penned it together and it is proof of their enduring friendship, the main basis for any great and loving relationship. They also prove that violence doesn’t always have to beget violence and that one childhood, forged in brutality and hardship, can become one of great strength, gentleness and kindness.

This amazing tale will give not only hope to many, but also should prove inspirational and motivational for people from all walks of life and all backgrounds facing challenges in life that may at times seem insurmountable.

For Gil and Barbara for their love and friendship to endure has meant a great deal of give and take, which is not easy for any human being to seemingly achieve. For this extraordinary pair of inspirational people though, through persistence and by never giving in, hope has sprung eternal. 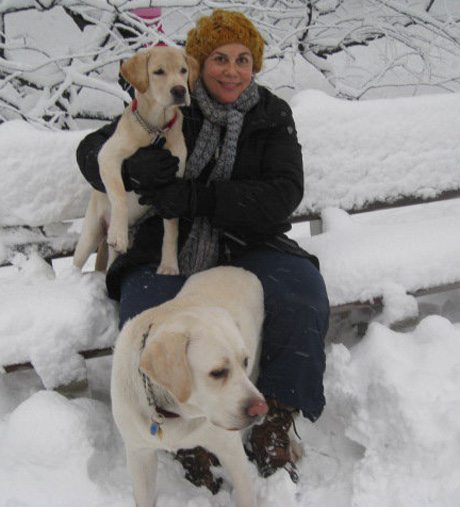 ‘Knowledge of the self is the mother of all knowledge. So it is incumbent on me to know my self, to know it completely, to know its minutiae, its characteristics, its subtleties, and its very atoms’*

Little did I realize when I was reading and writing a review of The J.M. Barrie Ladies’ Swimming Society, a charming contribution to all our lives, that its author was going through such an enormous crisis of her own, one that would not only test all her resources as a woman and wife, but also every fibre of her humanity.

They met by chance Barbara and her husband Gil, then lost each other and found each other again.

Just when they thought they had overcome every adversity they thought imaginable in their extraordinary life’s journey, Gil was diagnosed with liver cancer and given only three months to live if he didn’t find a transplant donor.

What follows after that point is an amazing story in itself in which an Australian born doctor, the Medical Director of Liver Transplantation at The University of Kansas Hospital Medical Centre Dr. Richard Gilroy, pledges to help them both in their hour of need.

Gilroy gives them both the gift of hope so they will believe that finding a donor for Gil is possible and that once found, despite Gil’s being positive for H.I.V., he could and would beat all the odds to live and face life’s ongoing challenges.

The most precious gift of all however, would be the liver that someone has to die to donate.

While gaining and attaining a transplant is in itself a big enough story, it is the one leading up to this amazing defining moment in both their lives that is truly inspirational and literally quite breathtaking. Barbara and Gil’s story is about having a knowledge, belief and reliance on self; about showing gritty determination when all the chips seem down; about the powers of perseverance; about going against not only the status quo, but also standing up to societal prejudices.

It’s also about being optimistic, about caring, sharing and contributing to human society one person and one day at a time.

Gil was born into the hopelessness and unhappiness of a ghetto cycle in America, where for a large majority it would seem impossible to leave. When you read about his life there it’s way beyond most people’s comprehension and perception of what a childhood should be all about.

He was born into the South Bronx of New York city, and his growing life was all about shocking parental violence, constant abuse, gang life and crime.

In his youth he became a drug addict, involved in socially unacceptable behaviour and paid his dues to society by going to gaol.

His life was also full of drug users, who passed on the dreaded disease of AIDS through blood banks, who in the early days of the disease had no idea their blood supplies were contaminated.

Up until he met Barbara J. Zitwer Gil Alicea had never really caught a break in his whole life.

He met Barbara when he was married and she was single and that one encounter would change both their lives forever.

His first marriage was full of anger and hurt with the girl who had been his childhood sweetheart who gave him first a son and then a baby girl. The disillusionment’s of life took their toll on them all. When she and her baby tragically died, stricken with grief he became involved in an increasing cycle of violence as a reaction to all the rotten cards life had dealt him.

He ended up in solitary confinement in prison where, having gone as low as anyone could go, he was inspired by a young nurse to live and get better. Against all odds he began slowly to build up his life, his strength and his health once more. When he regained some fitness and a new perspective on life he thought of Barbara. 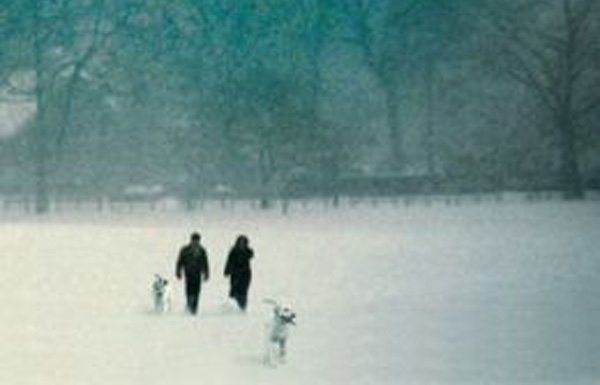 ‘Time has been transformed, and we have changed; it has advanced and set us in motion; it has unveiled its face, inspiring us with bewilderment and exhilaration’*

Barbara, the self confessed ‘black sheep’ of her family, met Gil when she was endeavouring to find out what her purpose and role in life was supposed to be.

Going against family wishes and expectations she traveled the world and took on many different jobs and projects, meeting Gil at a gymnasium he was managing, while they were both searching for the ‘meaning of life’.

Their meetings became all about ‘wild sex’ and, in that milieu, they also discovered a connection so deep that they created a strong bond, that as the years rolled by, would only serve to eventually bring them closer together. 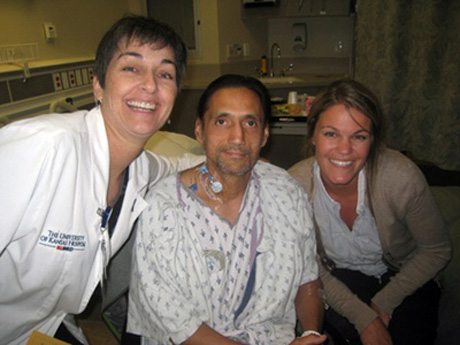 In the meantime there was a period of time where they did not see each other at all and were busy building their own very separate careers, hers in business, his in crime.

When Gil was in prison, the place he confesses today saved his life; Barbara came for a first visit when he still had ten years to serve. He was overjoyed and said he did not know ‘what a smorgasbord was until I met her’…she was for Gil ‘the rays of sunshine all over again’.

Barbara said going to a prison to visit the man she had formed this deep connection with was ‘like being in a Hollywood movie’. Despite the fact that the majority of people in the room she met him in were criminals, she did not feel threatened because they ‘looked ordinary’.

They were married to each other while he was incarcerated and following a decade of visits he finally came home with her to their New York Apartment, their two wonderful Labrador dogs Futuro and Gala and a whole new life.

Then he was diagnosed with liver cancer. 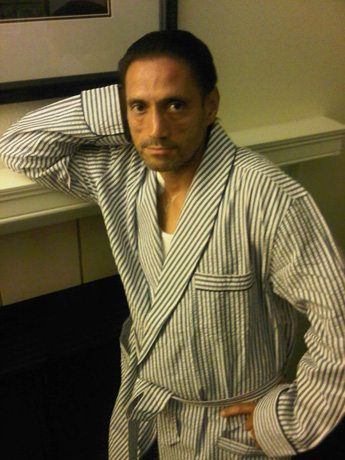 ‘To understand the heart and mind of a person, look not at what he has already achieved, but at what he aspires to‘

An excerpt from the book shares the joy that Barbara felt when the Medical Director of Liver Transplantation at The University of Kansas Hospital Dr. Richard Gilroy called her.  “… Dr. Gilroy called as he promised, ‘Mate, we’re on.  The scan is good,’ he told Gil. Barbara said “we had been used to people not returning our phone calls on time, if ever. I had learned that is par for the course”.

This memoir is all about not taking for granted the life we share with our families, friends and colleagues. It is about wanting to see our time here on earth as a point of difference; for if we touch and reach out to only one other life we can and will achieve a great deal.

Since Gil Alicea’s successful liver transplant surgery he has dedicated his life to helping those experiencing homelessness to get help and social services, while Barbara is busy expanding her career as a writer, helping, inspiring and motivating others. 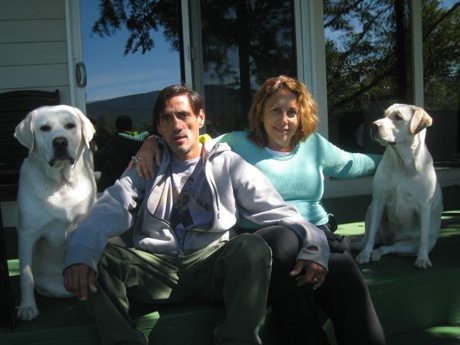 Still Livin’ is brutally honest, a story in which two people’s souls are laid bare for us all to share and know about, helping us to have an insight into our own ideas and experiences of morality and mortality.

It is also all about how we all can achieve much more than we know, and about enjoying and valuing being truly free.

It is deeply spiritual; about caring and sharing a self-made Shangri-la, a place where, as Barbara so wisely and wonderfully points out, we can all ‘lend a helping hand and make a better world’.

Barbara has pledged half the proceeds from the sale of Still Livin’ to the liver transplant program at The University of Kansas Hospital to help others needing a transplant.

You can purchase it in Australia at www.bookoffers.com.au

Green Cross is the banner to stand behind if you are interested in efforts to deal with all matters that affect our natural environment locally in Australia and Internationally.