With the Olympic Games set to start in London on July 27 I thought it only fitting to check out the designer that has been charged with the role of creative director of Team GB, Stella McCartney.

This is the first time a high end designer has created sportswear for the Olympic and Paralympic games.

Stella was always going to be a creative, with a famous Beatle father, Sir Paul and a photographer mother Linda Eastman.

She and her siblings travelled the world in her formative years with her parents, who at the time were both in the band Wings. 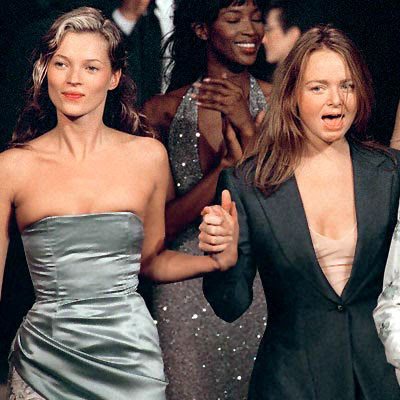 She burst onto the scene in 1995 fresh out of Central Saint Martins, where friends Kate Moss, Naomi Campbell and Yasmin Le Bon strutted the catwalk for her graduation show.

Not bad company to keep!

After graduating she became intent on perfecting her tailoring, and did so by following Savile Row tailor Edward Sexton.

Very soon after, in 1997 she became head designer at Chloe with her right hand (wo)man being Phoebe Philo (who would succeed her and then go on to head up Celine`).

Her first collection for the famous fashion house earned her rave reviews. Just as well, Karl Largerfeld, whom she replaced was not at all confident of her abilities.

In 2001 McCartney left , teaming up with the Gucci Group( now known as PPR Luxury Group) to start a label under her own moniker.

Her first fragrance “Stella” was released in 2003, followed by a skincare line, lingerie and a children’s collection from newborns to 12 years. 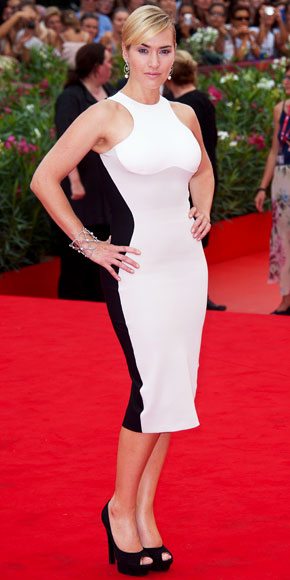 A joint venture with Adidas in 2004, has grown into a highly successful collaboration. She has also designed highly affordable collections for H&M, and a limited edition range for Target, exclusive to Australia. That was crazy, the lines for the Westfield Bondi Junction store were out of control!! 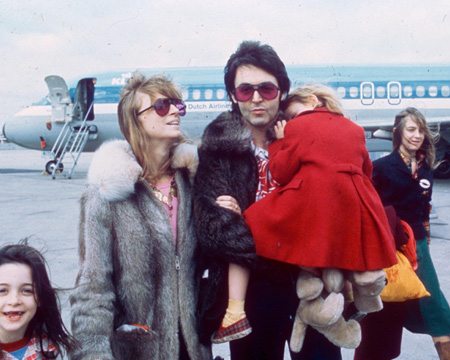 Stella has a strong anti fur stance and is a committed vegetarian. Her shoes are made of vinyl or plastic and all belts and bags are created from raffia and fabric.

The slogan “suitable for vegetarians” can be found on the base of her shoe line.

She has won many awards including the “VH1/Vogue Designer Of The Year” in 2000, “Best Designer of the Year”  at the British Style Awards, and most recently in November 2011 she was presented with the “Red Carpet Award” by the British Fashion Council.

In 2000, Stella also was given the task to create Madonnas’ wedding gown when she tied the knot to Guy Ritchie, in a Scottish Castle.  A great coupe, even though she and Madonna are great mates, I would imagine it would be a hard gig! McCartney favours clean lines, block colours and quite often quirky motifs (remember her pineapple print swimsuit!). I especially loved her dress worn by Kate Winslet. Such a clever optical illusion. The genius simplicity of the colour block panels to create the perfect “hourglass” shape. Flattering on any woman.

Fabulous tailoring is part of her repertoire too, she cuts a mean pair of pants!

So, I am fascinated to see what Team GB will be wearing to the opening ceremony. Any uniform is a hard task. Worn by a collective of all shapes, sizes and skin tones, it’s a tricky brief to nail.

Will she rise to the occasion, or will the challenge prove to difficult?  The eyes of the world will be on London and the spectacle of the games, let’s hope Stella gets the gold!

The People Speak, by giving voice to those who speak out for change, reminds us that democracy is not a spectator sport but an ongoing war of resonating words