Ancient people on earth surrounded themselves with treasures, mostly fashioned from gold, not out of motives of greed, but because they believed the proximity of gold could confer on them some sort of eternity. The National Gallery of Australia will host a major international exhibition, Gold and the Incas: Lost Worlds of Peru starting on 6th December 2013 and running until 21 April 2014 in Canberra.

Dr Ron Radford, Director said “For the first time ever, the National Gallery of Australia is presenting three blockbuster exhibitions in one year to celebrate the Centenary of Canberra”. Gold and the Incas is the first exhibition of Peruvian art ever staged in Australia and will showcase the splendour of the ancient pre-Hispanic cultures of Peru where great cultures rose and fell and were constantly conquered by others. 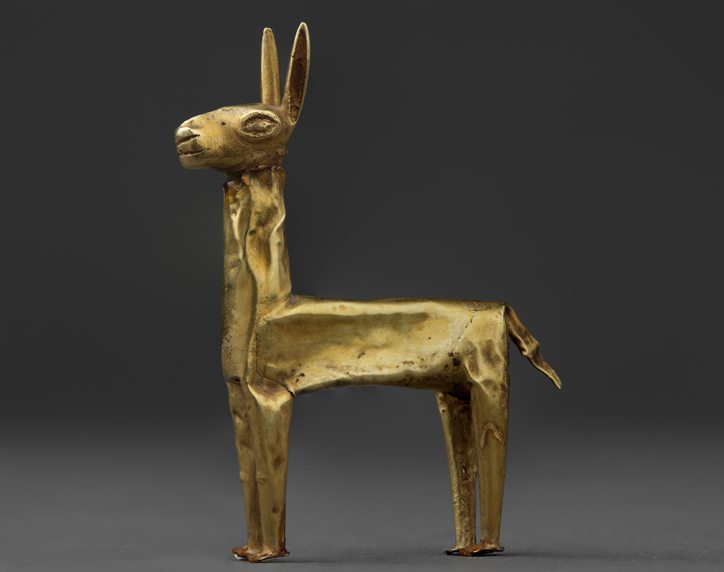 The exhibition is also staged to mark the 50th anniversary of Australian-Peruvian diplomatic relations, and is organised in co-operation with the Peruvian Ministry of Culture.

In their many cultures Peruvian people worked and worshipped idols made of god. They wore it and were buried with it and its use by the dead was considered a privilege. It had no function as barter or quantifiable wealth.

Its value was in it symbolic nature above all else.

Like the sun, which reappeared each morning after having sunk into the underworld gold, which they had been mining and making in a metallurgical tradition that stretched back to 1500 BC, gave a man the power to return to life.

The plant we know as the sunflower is nature’s dramatic copy of the flaming sun, a flamboyant giant of the Americas where the sun and sunflowers alike were in abundant supply. 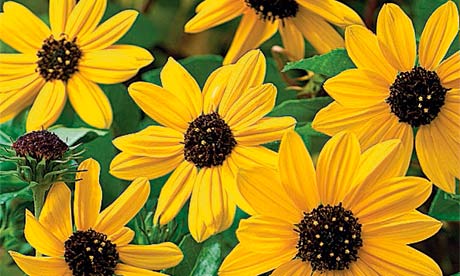 An agricultural nation sunflowers represented pure gold to the Incas and sunflowers made of gold were carried by the virgins who officiated at the rituals of their temples of the sun. Its rich oil bearing seeds were only one of its many golden attractions.

Fibre and petals could be put to use and once exploration had opened up the Americas Europeans soon learned of its virtues.

During the 17th century, an age where virtue was admired above all else, it was the perfect flower to be imported and became an attribute of Louis XIV the Sun King himself.

Uncovering the past has meant facing up to the painful memories, especially those when Spanish Conquistadors plundered the land and melted down much Inca gold to make Spanish coins. Remains of the city of Machu Picchu high in the Andes

The Incas settled in the Cuzco area of the Andes Mountains during the 13th or 14th centuries. They constructed the city of Machu Picchu in a ridge between two mountain peaks. A beautiful and remote area, the buildings were constructed of finely cut white granite blocks. No mortar was used.

Machu Picchu is so difficult to reach, this legendary city was lost to explorers until the early 1900s and today it is a UNESCO World Heritage site. 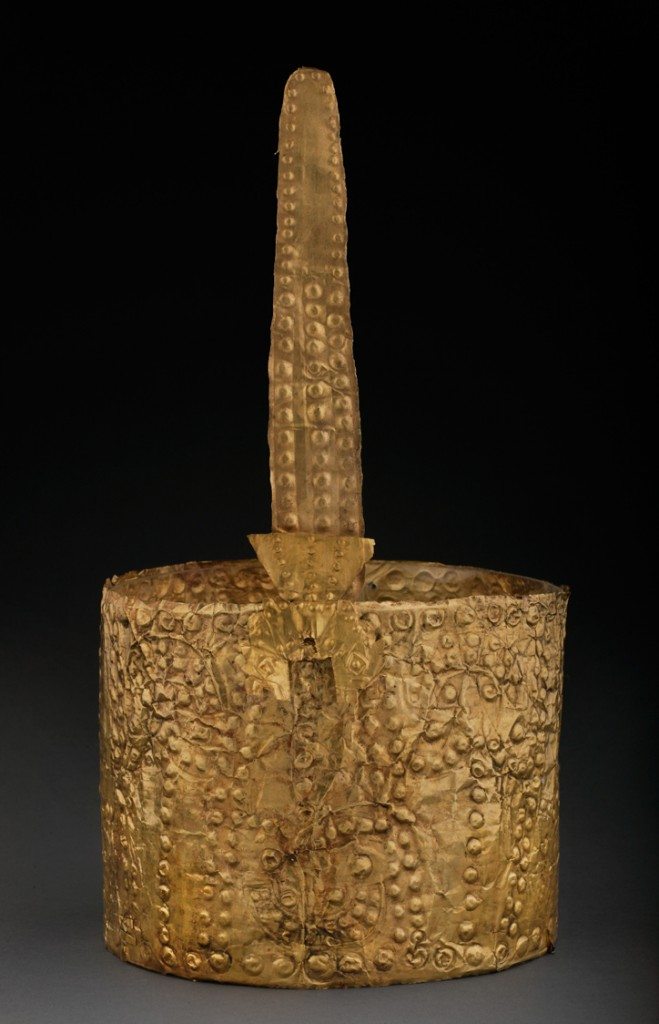 Ten civilizations had already followed another with their leader and emperor safeguarding and showcasing the sophisticated traditions that had become elaborated over four thousand years.

Their vision had become narrowed in their complex natural environment with a preoccupation of appeasing the Gods through sacrifice.

Just as the ancient Greeks at Delphi, the Incas believed Cuzco was the ‘navel of the earth’, at the centre of all things and all beings.

Similarly to the Romans, one of their greatest achievements was their extensive road network.

The Inca culture dominated an immense area from Ecuador to Chile, from the high plateau of the Andes, to the plains on the Pacific coast.

Their presence spanned the years 1400 – 1553 after which they all but disappeared from the face of history and the earth.

Warriors overcame the local Chavín, Nazca, Moche and Chimú cultures during the decades after 1400 and after that they felt safe and secure in their high mountain location.

During that time their attitude towards danger from others had all been eliminated. They did no know the world outside theirs was rapidly awakening with overseas exploration opening up new horizons from a people who would just move in and take what they wanted. It was overwhelming when the Spanish conquered the Incas in 1533.

They sacked their city mercilessly. In reality those that survived the Spanish invasion when they plundered, raped and pillaged, most likely fled and integrated with the remaining tribes of the other indigenous cultures.

The Incas included in their works religious and political ideas, which were based on the importance of the natural world to their culture.

Lively depictions of animals, birds and fish decorate their works of art.

Gold was used in a wide range of objects in the exhibition as well as silver.

Just like the ancient Egyptians, silver symbolically was connected to the moon.

Tales of stolen riches from the Inca Empire blazed a trail across Europe and adventurers were on their way to South America in double quick time.

The rumor was the king covered himself in gold, a vision known as El Dorado.

Europeans did not understand at all about the steamy jungles, blistering deserts, sun-drenched plains and icy mountains of South America and those that went there endured many deprivations and became involved in great disasters.

Many died without seeing so much as a single nugget of gold.

Searching for a great treasure that was part of an exorbitant ransom for the imprisoned Inca leader Atahualpa, who was put to death by Spanish conquistador Francisco Pizarro, became a priority.

It has still not been found. National Geographic has at times in the past fifty years been hot on its trail, which seems to have gone cold again.

For the Inca culture lively depictions of animals, birds and fish from their natural surroundings decorate their works of art. An Inca quipu, from the Larco Museum in Lima

Technological inventions such as the knotted string quipu will provide a new outlook on the sophisticated world the Incas inhabited.

They consisted of colored, spun, and plied thread or strings from llama or alpaca hair that were numerical recording devices. They played a key part in the administration of Tahuantinsuyu, the empire controlled by the Incan ethnic group

A lot has changed in the last 100 years.

Peruvians have enthusiastically and passionately pursued the stories of their own heritage and cultural development.

Today the history of their society has come to mean a great deal.

Larco, Oro and Amano museums in Lima were all founded by Peruvian archaeologists and collectors.

the National Museum of Archaeology, Anthropology and History plays a significant and central role in their national life.

Artifacts that were buried with their owners have been re-discovered in modern times and sites such as Sipán, Chan Chan, Piura and Lambayeque all today have their own museums, which have lent objects for the show.

As well as distinguished metalworkers, Peruvians were also highly skilled potters and weavers.

The Moche culture, which was dominated by women flourished in northern Peru between 100 and 750 AD.

They were a loosely affiliated group of communities, each with its own ways of doing things and produced superb ceramics and jewellery made from rock crystal, amethyst and quartz.

Peruvian art made of gold, silver, turquoise, shell, textiles and ceramics will enthrall visitors to Gold and the Incas this summer and provide a totally new exhibition experience for Australians”, said Ron Radford A.M. the Director of the National Gallery of Australia. 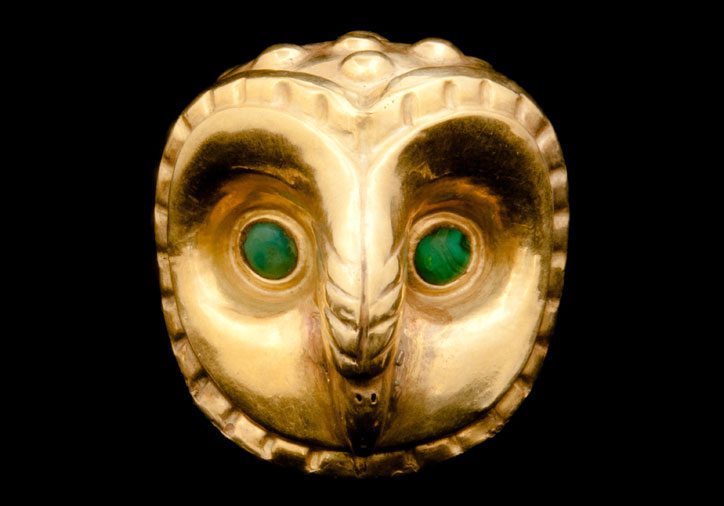 More than 200 objects will be on display. Ten private and public museums, the National Museum of Archaeology, Anthropology and History have generously lent some of their greatest treasures to the National Gallery of Australia.

“We’re thrilled to host some of the greatest works of art ever produced in ancient Peru,” said Christine Dixon, Senior Curator of International Painting and Sculpture, and curator of the exhibition. “The museums were so generous with their loans and are so happy to share their treasures with Australia.”

Gold and the Incas: Lost Worlds of Peru The National Gallery of Australia would like to acknowledge and thank all of our valued sponsors for their generous support. In particular, we thank the ACT Government through ACT Tourism for its continued financial support towards the national marketing campaigns for the Gallery’s major exhibitions and the Australia Government International Exhibitions Insurance Program, which has indemnified the exhibition. We thank our Art Education and Access Partner National Australia Bank and Principal Partner Nine Entertainment Group. We also acknowledge longstanding sponsor Qantas as the official airline and Qantas Freight as partner of Gold and the Incas and welcome our new Major Partner, PromPeru.

Our popular Yulgilbar Family Activity Room will be extended within the exhibition with fun and educational activities created for children 3-12 years. Visit Canberra this summer to discover the lost treasures of Peru and uncover the mysteries of the Incas.