Opera remains a significant tradition in western culture because it is all about love and life.  It reflects the classical maturity of our society while expressing its contemporary attitudes and philosophies, fashions and passions…Carolyn McDowall Australia’s Got Talent showcases many different musical styles and types of talent, none more outstanding than David de Vito who has reached the Final in 2011.

A tenor from the Gold Coast, Queensland David is a big man with a big voice and even bigger heart that seems to nearly burst when he sings, such is his passion for opera.

Just lately you have probably watched with awe as he proves, along with his colleagues, that Australia has indeed many talented artists.

With a voice he describes himself as a ‘dramatic tenor, David was trained in classical piano and discovered by examiners to have a talent for singing in ‘perfect pitch’ at a very young age.

The irresistible entertainment that is ‘Opera’ captivates the imagination

Nowadays we have the best of all worlds in music…there is something for everyone.  With its stories about love and life opera is always fashionable.

We have been hearing it on television, in advertisements,  at the movies and in general life for years.

The difference is right now, young people are discovering something in opera that they find both powerful and different. 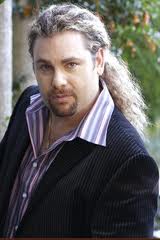 In 2007 David de Vito sang with Operapolitan at Brookside, Brisbane.

When he and colleague Tenor Andrew Pryor sang George Bizet’s incredible “In the Depths of the Temple” you could have heard a pin drop. He joined Andrew and Gold Coast Coloratura Liza Beamish to sing Nessun Dorma as a Trio, and other great arias. When it became time for them to sing the great favourite ‘Time To Say Goodbye’, there wasn’t a dry eye in the house.

At Brookside, and indeed all the places the Operapolitan team sang, people of all ages and cultures were stopped dead in their tracks. They stood in there thousands hardly able to breathe as Operapolitan’s singers performed some of the best-known tunes in opera for shopping mall crowds.

An initiative of Brisbane City Council in conjunction with Theme & Variations who provided Steinway and Boston pianos, Operapolitan was about bringing the concert hall to the shopping mall so that many more people had an opportunity to experience something beautiful.

At the time Bernadette Condren of the Courier Mail’s observations in her article ‘Mums the Word’ summed it up…that a ‘hollow chamber dedicated to consumerism and greed had, for a moment, given a gift no money could buy’.