1485 is the year that marked the end of the medieval period, the accession of the Tudors and the dawning of a new and brilliant age. With it came the flowering of the English vernacular style and the visible expression of its power, the monarchs who brought it everlasting fame: Henry VII, Henry VIII and Elizabeth 1.

During the period of the Tudor dynasty in England life daily life was based on where you came in the pecking order of society. The class structure was clearly maintained. The King or Queen was thought to belong to God’s plan and at it’s pinnacle and everyone else adhered to their strict social ranks, not encouraged to rise about their station. A few did, but they were the exception to the rules.

The parliament amazingly regulated what costume you could wear. If a labourer wore clothes that belonged to a rich man he could be thrown into prison. Life was filled with cloak-and-dagger style politics, many intrigues, illicit romances and the schemes of greedy nobles, who were hungry for the power that surrounded the English throne.

They were generally lambasted on stage at The Rose Theatre, which was built in 1587 at Bankside nearby the Thames River where brothels, gaming dens and bull and bear-baiting arenas and pits abounded.

The court surrounding the Tudor monarchs of England was renowned as a dangerous viper’s nest. Many of the elements found in William Shakespeare’s plays incest, love, illegitimacy and overall, love combined with tragedy, was basically most people’s real life experience.

The Rose became the home to many of the plays written by the popular poet from Stratford-on-Avon William Shakespeare  (1564-1616), as well as his much admired contemporary, the almost mythical Christopher Marlowe (1564-1593).

He was an English dramatist and poet known for his mysterious death by stabbing when he got into a tavern fight in Deptford, a district of south east London where he received a knife in the eye. Shakespeare, it is generally believed, was heavily influenced by Marlowe’s work.

Good Will Shakespeare lived a ‘no frills life’ and survived on his wits. He mused…’all the world’s a stage, and all the men and women merely players: they have their exits and their entrances’. He also observed ‘we know what we are, but know not what we may become’.

He wrote about history, romance and tragedy and his ‘comedic’ plays featured morally dubious plots, certainly by the standards of our day. Shakespeare loved writing about England’s Kings. To him they were the perfect target. His narrative about them was full of pathos, humour and tremendous dramatic potential.

He was inspired by the history books he read as a boy and what he penned was less of a history and more of a tremendous dramatic fiction, that was full of fun and lessons on morality. John Churchill, 1st Duke of Marlborough remarked in the late 17th century, …’an Englishman receives his history from Shakespeare and his religion from Milton’.

This was meant to suggest that at least one of the source materials for this “knowledge” was flawed for accuracy. As a great deal was known about John Milton the poet, he was undoubtedly referring to Shakespeare.

None of the original manuscripts for Shakespeare’s plays survive so we can only rely on printed texts as our earliest sources of his works, with not much fact surrounding them.

Shakespeare’s popular “The Tragedy of King Richard III” while a wonderful piece of melodramatic writing was hardly a work of exact historical record, so perhaps it is a good example of what he was inferring.

Shadows surround the very being of the man from Stratford-upon-Avon who many believe did write the 37 plays, some 154 sonnets and sundry other poems accredited to him during his lifetime, not the one who was ‘to the manor born’, courtier Edward de Vere, 17th Earl of Oxford. He was one of histories larger than life characters, a lyric poet, sportsman and significant patron of the arts, in particular of musicians, actors and writers. 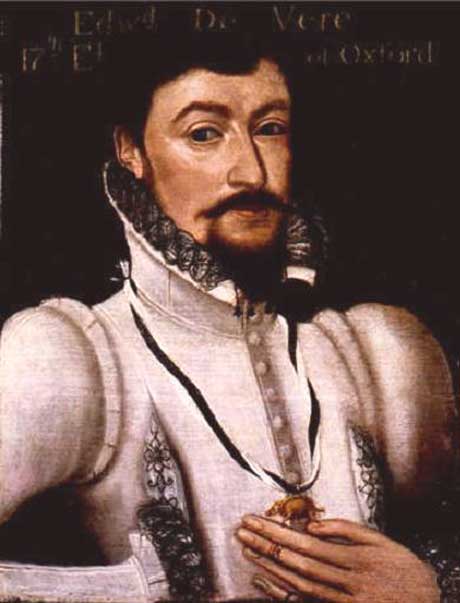 Edward de Vere lived his life as a courtier and was immensely creative and clever. He was involved in military campaigns and fought during the Armada invasion of England.

He was the ward of Queen Elizabeth 1 (1533-1603), because his father died before he came of age and she placed him in the household of her Secretary of State, the extremely wise and caring Sir William Cecil, who was also Master of the Court of Wards.

Under Cecil’s guidance and supervision the young Earl of Oxford studied French, Latin, writing, drawing, cosmography, dancing, riding and shooting. He became a distinct early favourite of Queen Elizabeth 1 who reveled in having men about her who danced to her tune. However he refused to dance even for her before the French ambassadors, because he ‘would not give pleasure to Frenchmen‘.

Edward de Vere traveled widely on the continent going to France, Germany, Italy, Greece between 1574-75 under the Queen’s favour, carrying introductory letters bearing her name and signature to influential foreign monarchs and dignitaries.

He was captured by Pirates, but escaped to tell the tale.

His personal life was a scandal. His first wife was William Cecil’s daughter and she gave birth to a daughter declaring publicly it was not her husband’s and so he left her. He had an illegitimate son by one of the Queen’s Maids of Honour and they were both imprisoned in the Tower for a time where the child tragically died.

He reconciled with his wife and had another three daughters, who all survived infancy and married into the peerage. By his second wife, Elizabeth Trentham, the Earl of Oxford had one surviving legitimate son and heir Henry de Vere, who later became the 18th Earl of Oxford. 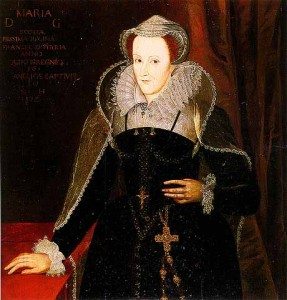 Among others, Edward de Vere was at Fotheringay Castle in Northamptonshire for the trial of Mary, Queen of Scots. He played a part in having her brought before the Commissioners to answer for her crimes against the state.

When he was weary of court life he left it and spent a great deal of time involved in dealings regarding his numerous debts by disposing of his equally numerous estates. These required extensive legal arguments and arrangements for settlement. He was involved in many fruitless attempts to fix his perilous financial situation with petitions, including applying unsuccessfully to farm the tin mines of Cornwall.

He was especially noted for his literary and theatrical patronage in his day and had a high reputation as a poet amongst his contemporaries. Edward de Vere’s own verses were published first in the 1576 publication of The Paradise of Dainty Devices.

King Lear on stage at The Globe Theatre, London

This was followed by inclusion in The Arte of English Poetrie (1589), The Phoenix Nest (1593), England’s Helicon (1600) and England’s Parnassus (1600). In 1622, Henry Peacham (The Complete Gentleman) would list Edward De Vere as the first among his list of poets of the Elizabethan period.

A stream of dedications to the Earl of Oxford attests strongly to his brilliant intellectual reputation. They include some thirty-three works, six of which dealt with religion and philosophy, two with music, and three with medicine.

He also maintained whole companies of boy actors and men players during the years from 1580 to 1602, while holding a lease on the Blackfriars Theatre and being patron to a company of musicians.

Was Shakespeare really only a pen name used in a delicious game of royal politics is probably something we will never know.

Edward de Vere on the other hand was cited by Francis Meres (Palladis Tamia, 1598) as being “the best among us for comedy.”

“Were I a king I could command content.
Were I obscure, hidden should be my cares,
Or were I dead, no cares should me torment;
Nor hopes, nor hates, nor love, nor grief, nor fears.
A doubtful choice – of these three which to crave:
A kingdom, or a cottage, or a grave”.

Note: Edward de Vere and William Shakespeare were the subject of a movie in 2011 Anonymous

#Hank Whittemore, US Scholar and promoter of Edward de Vere as ‘Shakespeare’

Being a ‘Palladio’ fan I particularly enjoyed his piece – Portia’s Estate of Belmont — Part Two of Reason 73 Why Oxford was Shakespeare: It was a Real Place that the Author Saw Firsthand

Buckle your seat belts Jason Bourne is a bumpy ride, and after all the awesome action will spend my night rocking out to Moby’s fabulous end music, Extreme Ways