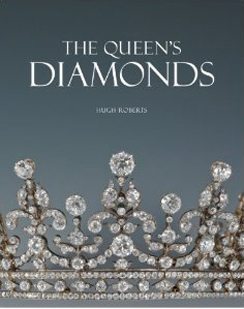 The first authorised account of the history of some of the finest diamond jewellery in the world the book about The Queen’s Diamonds by Hugh Ashley Roberts, GCVO, FSA art historian and curator and former director of the Royal Collection has been published. A Surveyor of the Queen’s Works of Art, whose office is responsible for the care and maintenance of the royal collection of works of art owned by the Sovereign of the United Kingdom in an official capacity. Sir Hugh Roberts has brought forward a volume that tells the story of the magnificent royal inheritance of diamonds from the time of Queen Adelaide in the 1830’s to the present day. The brilliant text is illustrated with a wide range of archive material, as well as an extensive selection of new and breathtaking photographs of the stunning collection inherited and added to by Her Majesty The Queen. It includes stories of international importance as well as pieces of jewellery, that in the greater scheme of things are of great historical significance.

Sir Hugh has an intimate knowledge of the collection and it shows, although he is quick to point out in the introduction that its production would not have been possible without a huge collaborative effort by an enormous amount of people in the Queen’s household and, without consulting such significant former publications including The Crown Jewels: The History of the Coronation Regalia by Shirley Bury published in 1998 and Tiaras by Geoffrey Munn published in 2001. It is a tour de force on a grand scale, the pages dripping with diamonds whose brilliance is always dazzling. It is truly a celebration of the Queen and her devotion to duty. In this her diamond jubilee anniversary year she is ensuring the record of her reign will go forward. ISBN 9781905686384 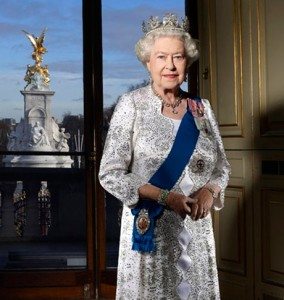