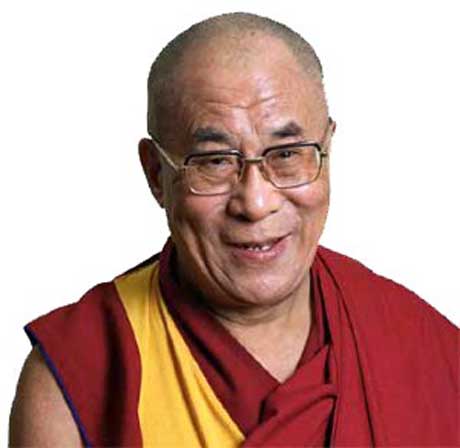 The 76 year old exiled spiritual leader of Buddhists in Tibet, His Holiness, The Dalai Lama visited Australia in June 2011. Tibetans traditionally believe Tenzin Gyatso to be the fourteenth Dalai Lama, the reincarnation of his predecessors and a manifestation of the Bodhisattva of Compassion. He has certainly displayed compassion, plus all the other qualities or perfections he talks about, especially wisdom.

During his time in office The Dalai Lama has been seen as a world leader benefiting humankind. Born in 1935, he was recognised as the fourteenth Dalai Lama in 1937 and has reigned since 1950. He won the Nobel Peace Prize in 1989 and his philosophy of life is kindness.

The Dalai Lama spent time in Melbourne, Canberra, Brisbane and Perth on his tour connecting with as many people as possible through various events taking place. At Brisbane he was welcomed by Green Cross Australia, offering community and business leaders had an opportunity to hear him speak on Values in Leadership, Environmental Thinking and the Action Required.

There is no doubt in society today a huge majority wish to move towards helping to achieve world peace and sustainability by caring for each other and the environment. But as the Dalai Lama points out

‘We can never obtain peace in the outer world until we make peace with ourselves’. To change requires rethinking both our attitudes and actions, especially if we are to find innovative solutions to the challenges of climate change, while participating in global economic growth. We have to find and establish connections that will help us to provide a platform for them to develop and come to fruition. We also need citizen led initiatives that will help us find solutions to the complex social challenges we face.

Change needs to come from the bottom up, as well as in the traditional way, from the top down. We need to empower all the people within our own circles to take on more responsibility. But where do we start either collectively or personally? How do we foster new ideas that will help generate both environmental and cultural behaviour change? By becoming actively involved in projects for Green Cross Australia could be one way to start.

Born in a small village to a father who was an agricultural mechanic, Mikhail Gorbachev (1931 – ) won the Nobel Peace Prize in 1990. Holding political office from October 1988 he became President of the Soviet Union from 1989 – 1991.

During this time he contributed to the end of the Cold War and to the end of the supremacy of the Communist Party in the Soviet Union. When he resigned in 1991 he became head of the Foundation for Social, Economic and Political Research, think-tank. 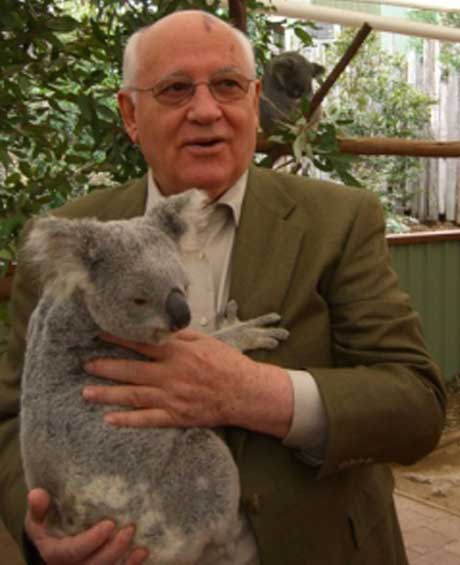 He was inspired to establish Green Cross International, an important world wide initiative, by the discussions and results of the 1992 Rio Earth Summit. This was a United Nations Conference on Environment and Development, at which he and The Dalai Lama both made significant contributions. The summit involved 172 world governments and inspired a great deal of action since, that includes the founding of Green Cross Australia.

In times of crisis, conflict and disasters around the world Red Cross traditionally provides relief. It has been a force for good in the world since 1863 preventing and reducing human suffering. Along the way it has proved beyond doubt the power of humanity when united behind a banner that promotes respect for international humanitarian efforts. So why should it be any different for environmental efforts?

Green Cross is the banner to stand behind if you are interested in efforts to deal with all matters that affect our natural environment locally in Australia and Internationally. It is helping to achieve a sustainable and secure future for our children and their children’s children by embracing sustainability, conservation and helping to raise awareness.

Green Cross Australia is putting in place long term strategies while also providing projects and programs that require practical short term action. It is aiming at building community resilience and providing active education for a new generation of environmental leaders. 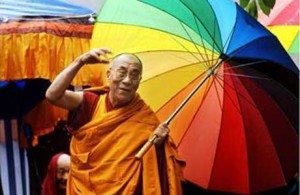 On his website His Holiness The Dalai Lama says ” You and I may hold different beliefs – about the universe, about reality, about religion. And even within a belief, within a faith tradition, for instance, there are all sorts of differences between people. But such differences in belief, just like differences in experience, are minor compared to our common humanity.”

His valuable connection with Green Cross International means that members and friends of Green Cross Australia benefited from having a conversation with this compassionate man. 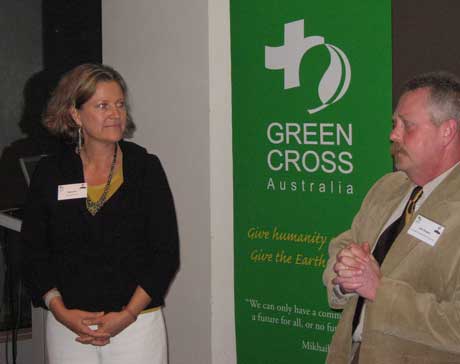 The Dalai Lama and Mikhail Gorbachev are both a force for good in the world and a catalyst for connecting networks and ideas with locally based people leading social innovation and development.

Become actively involved with Green Cross by donating, or becoming a volunteer and/or most importantly, by changing your lifestyle.

Green Cross Australia want you to be an important part of a journey for social profit that will benefit the whole of humankind.

In the Utzon Room at Sydney and various venues, the Australian Haydn Ensemble will offer Mozart’s Flute chamber music at its best, played on period instruments