‘Life must be represented not as it is, but as it ought to be; as it appears in dreams’ – crafting a character’s dissatisfaction with life can be likened to the elusive quest for happiness we all face, especially as we age. How do we face the disasters and dilemmas of life, yet keep our dreams intact while dealing with everyday realities?

This is the perplexing situation faced by ‘fading’ actress Irina Arkadina, played by international Emmy and AFI Award winning and Golden Globe and BAFTA Award-nominated actress Greta Scacchi, who is in all of her performances, as elegant and classy as a beautiful swan.

Scacchi is returning to Perth, Western Australia, the city where she lived for two defining years of her teenage life, to appear in Russian author and playwright Anton Chekhov’s tragi-comedy play in four acts The Seagull by Russian physician, dramaturge and author Anton Chekhov (1860-1904).

This famous piece of prose features a play within a play and has been adapted by Hilary Bell, by arrangement with the State Theatre Company of South Australia. It is considered by many of his peers, and subsequent scholars, as Anton Chekhov’s masterpiece.

It will be performed as part of the Black Swan Theatre Company’s season at the Heath Ledger Theatre in the State Theatre Centre of Perth, Western Australia from 9th – 31st August, 2014. This is a play about love in all its guises and about performance artists who think they behave just like everyone else, although perhaps a little bit more so!

The play was written at a time when society was changing dramatically; mirrored in all the arts as romanticism faded and realism began rearing its far uglier head, one that could prove confronting.

Checkhov wrote this defining work when he was living on his own country estate, starting in 1894. It was first performed in St Petersburg in 1896 to an audience completely shocked by its ‘newness’ and they booed loudly and became hostile. It was far removed from the melodramatic content they had attended to date.

Chekhov’s supporters at the time endeavoured to convince him later performances would be more successful but he was despondent and renounced the theatre. They did not give up.

Based on advice received from his colleague playwright Vladimir Nemirovich-Danchenko 1858-1943), who was with Konstantin Stanislavsky (1863-1938) to become a guiding light behind the establishment of an all new Russian tradition in theatre, Checkhov tried again. 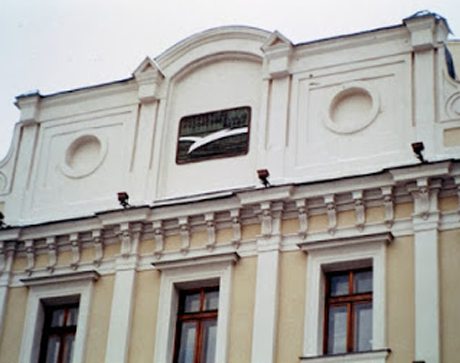 He completed a detailed directorial score for Stanislavsky to direct his play the second time around at his newly established Moscow Art Theatre.

It opened in December 1898 and everything had changed; the inner action originally hiding beneath the surface of the play had been brought to the surface.

With excitement growing as the play progressed, by the end thunderous applause was likened to floodwaters bursting through a dam.

Today high up on the facade, the seagull appears on the facade of the Moscow Art Theatre as its ‘stylized emblem’, commemorating the historic production that gave it an identity. Greta Scacchi with her daughter Leila, who will play the role of Nina in the Black Swan Production of The Seagull, August 2014

The action takes place in the Russian countryside where we follow the complexity of conflicts happening between the main characters that includes Irina Arkadina a theatrical diva whose life is fast approaching its twilight years.

She arrives for a visit on the arm of her current love, the successful writer Boris Trigorin. While there are gain an insight into how she deals with the encounters she has with her brother Peter Sorin, Eugene Dorin the local Doctor, an unworldly actress hopeful Nina Zarechnaya and her own passionate symbolist playwright son, Konstantin Treplev, among others.

Adam Booth debuts for the Company as Medvedenko the Schoolmaster, Leila George features as the ingénue Nina, veteran Australian actors Michael Loney will play the role of Peter Sorin her brother while Andrew McFarlane is Dr. Dorn.

Luke McMahon is Konstantin, Arkadina’s son who has spent his life growing up in the country away from his mother’s spotlights on his uncle’s estate.

Scholars often compare Chekhov’s early dramatic struggles as being in parallel to Konstantin’s stopping the performance of his play when his mother criticizes it and storming off.

It is about the struggles of a young artist looking for approval from those he respects and admires, especially his mother who has come in and out of his life like the glamorous swan she is.

At the ripe old age of 25 he is now no longer suffering from any illusions about her intent. 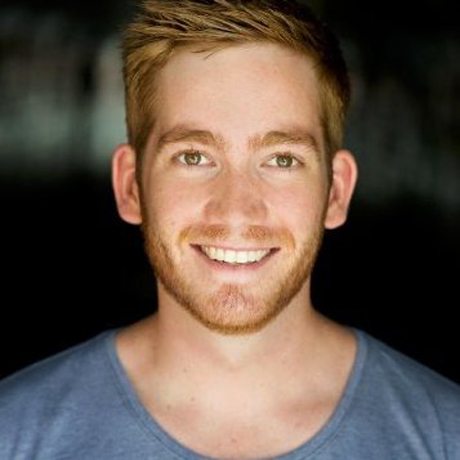 Luke McMahon, who will play the youthful Konstantin in Black Swan Production of The Seagull

He knows she has deliberately kept him far from the city so his youthful vigor and freshness as he grew up wouldn’t impinge on her own career in the spotlight.

Now all of a sudden for Arkadina it is her own son who is threatening to take all that from her through the art form she has loved and called her own, her whole world.

His insight reveals the ‘mess’ we can make of our own ‘middle class’ lives through his ‘little play’ within a play that follows the format of ensuring that life will transform from romanticism to reality, albeit with a thud.

Konstantin says to his uncle …’she knows… I despise the modern stage… and imagines that she is working on it for the benefit of humanity and her sacred art, but to me the theatre is merely the vehicle of convention and prejudice. When the curtain rises on that little three-walled room, when those mighty geniuses, those high-priests of art, show us people in the act of eating, drinking, loving, walking, and wearing their coats, and attempt to extract a moral from their insipid talk; when playwrights give us under a thousand different guises the same, same, same old stuff, then I must needs run from it…’. The crisis of her conscience hits Arkadina hard because it is highlighted by the youthful hopes of the lovely local lass Nina, who is infatuated with gaining her own ’15 minutes of fame’ in the spotlight. 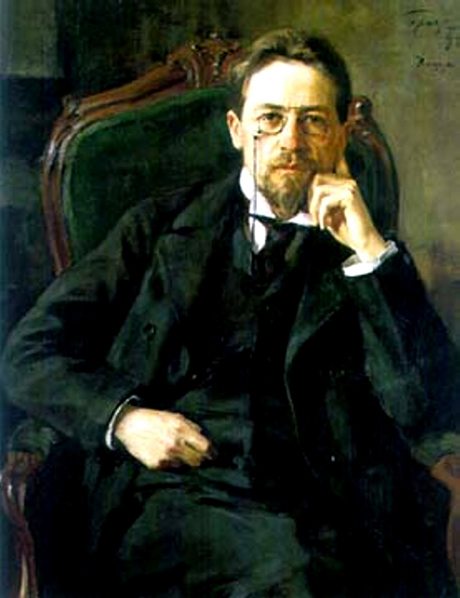 Everyone in the play within the play is somehow linked with the theatre of art. It’s only funny because it is all so true, so human, revealing all our frailty and foibles; the hidden aspects of our humanity.

Checkhov loved manipulating the characters to make his own statements on his times, which have remained timeless because of the words delivered by the players. They prove that all our pleasures are fleeting and that our lives can feel, and often are completely absurd.

This stunning piece of great theatre is full of humour and pathos; indicating a condition of passiveness, of our inevitable subjection to the mystery of irrational feelings, whether positive or negative.

It is all about that interior universe to which we are all drawn, attracted by its complexities and contradictions, implying something more than just simple emotion.

Chekhov’s play suffered the first time it was performed simply because it was not what the audience expected. He is accredited with saying ‘let everything on the stage be just as complicated and at the same time just as simple as it is in life’. Today transformed into the present the character’s raw exposure of what lies at the essence of our own humanity can still be confronting, an unnerving experience for some, while entirely liberating for others.

As Chekhov was beginning to gain international recognition as a major dramatist, he suffered two heart attacks and died in Badenweiler, Germany aged 44. Hilary Bell’s adaptation of Chekhov honours his spirit while embracing its awkward pauses, on a stage simply set that begins to grow as the audience arrives as the cast are busily prepare the stage for his play within a play.

This is a story in which all the types of human loves are examined; unrequited love, inappropriate love, misplaced love, unconditional love, sexual love and so forth.

It is set to be a success for the Black Swan Theatre Company because of the strength of its fine ensemble cast of actors, who will undoubtedly contribute sensitively to both its tragic and comedic elements, the intent of Chekhov.

In between each act the cast will also rearrange chairs, sweep floors and set tables, all whilst humming and singing and moving amongst one another. They are aware of each other just enough to coexist; one sees the patter of everyday lives mixed with occasional dreams too.

While Konstantin our diva’s son sees the word in symbolic terms rather in realistic, socialistic, or psychologically cogent terms, his playlet “dramatizes” the situations around him ensuring the audience’s attention at all times.

This tale of love and longing elegantly, is all about the poetry of existence; everyday life. It is sure to capture the imagination and hearts as its season plays out this August.

One of the great tragedies surrounding the play is the promise it held out of so many more, its writer dying far too soon.

Greta Scacchi has proved a formidable force in the real theatre of artifice, quite apart from her amazing performances on television and film. Many days have also passed since her glowing ‘Heat and Dust’ and glittering ‘White Mischief’ as she has steadily grown her career through crafting a fine body of work.

She regards herself as part passionate Italian, part conservative English with just that dash of Aussie reality thrown in for good measure; perhaps it is the stuff that has kept her well grounded in a world where ‘artifice’ can be all encompassing for any celebrity in the public eye. The Seagull takes place at the estate of retired judge Peter Sorin. His sister, Irina Arkadina, a glamorous, selfish actress, is visiting with her lover, the successful writer Boris Trigorin. Irina’s twenty-five-year-old son, Konstantin, a writer, lives on the estate with his uncle. Also present are Eugene Dorn, a middle-aged doctor, and Ilia Shamrayev, Sorin’s estate manager, along with his wife, Polina, and their melancholy daughter, Masha. Simon Medvedenko, a teacher, who is in love with Masha, who in turn is in love with Konstantin, who loves Nina Zarietchnaya, an aspiring young actress.