And the Glory of the Lord shall be revealed…

Together they all gave the audience a glimpse of a Handel heaven, one in which a sweet sounding trumpet helped to tell this awesome tale of great glory with such conviction, everyone could be excused for believing that he could truly raise someone from the dead. The singers were accompanied by a carefully selected and compiled MSO, one that best reflected and meditated on the story of Christmas and life of Jesus with great power and beauty.

The Messiah is a renowned sacred work, one that crosses all boundaries in its bid to win us to its favour.

It has many great moments, reaching numerous great heights as well as many contemplative meditative lows.

Handel’s music continues to fascinate, with its dynamism, infinite musical variety, many changes in mood, its true sureness of sound and above all, its enormous emotive power.

The Messiah is a drama of personalities, offering us a story as complex as we are, although in a lyrical tone that is enriching and entirely captivating.

Handel starts his journey with the Advent prophecy of Christ’s birth, the celebration of the nativity and the life and ministry of Jesus.

His deeply moving telling of the death and resurrection of Jesus into heaven are high points, as is that beautiful sense of restraint Handel manages to retain throughout as he delivers a tale for eternity, an anthem enriched and endowed with a true ‘air of universality’.

Dantone has been Music Director of the Accademia Bizantina in Ravenna since 1996 and enjoys a fine reputation as a ‘Handel’ conductor. It was easy to see why.

The presentation featured the simply sensational voices of Soprano Sara MacLiver, Countertenor David Hansen, Tenor Paul McMahon and Bass Baritone Matthew Brook, plus a splendid MSO Chorus. And, what a formidable team of talented singers they were.

They allowed us to feel how the reviewer felt when The Messiah premiered in its first ever public performance at a charity event on Tuesday 13th April, 1742 at the Neale’s Musick-Hall, Fishamble Street, Dublin.

700 people were entirely be-dazzled by Handel’s vision and his wonderful work, which had been composed in 1741 in amazingly only three short weeks judging by his missive. The reviewer said

‘… words are wanting to express the exquisite Delight if afforded to the admiring crowded Audience. The Sublime, The Grand and the Tender, adapted to the most elevated, majestic and moving Words, conspired to transport and charm the ravished Heart and Ear.’ The original libretto for The Messiah by Charles Jennens was drawn almost entirely from the beauty of the King James Bible, with the addition of several psalms taken from the Book of Common Prayer.

The Messiah dates from 1741 and is one of the best-known works of that period, with its two ‘da capo’ arias, He Was Despised and The Trumpet Shall Sound. It certainly rang out well, its message delivered with great beauty.

“I know that my redeemer liveth’ encapsulates Handel’s simplicity and directness perfectly. Sara MacLiver sang her stunning solo with a great depth of feeling, wonderful clarity and a strong sense of understanding the words and their intent. 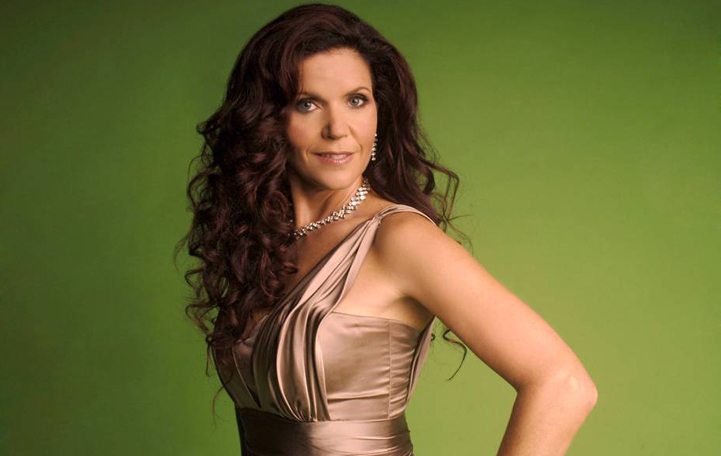 She helped all her colleagues to weave their magic on the packed Hamer Hall, at the Arts Centre Melbourne.

This type of aria as written by Handel gave a singer an opportunity to display their agility, incredible range or skill in execution. It was all about highlighting the passion being expressed whether loving or violent. The words were carefully chosen to describe the scene much as paint applied by an artist would do on a canvas.

While they were mostly set at carefully placed intervals throughout an opera, Handel did not observe conventions either easily or rigidly, especially when producing this his most famous oratorio.

Sara MacLiver has been one of the leading exponents of the repertoire of the Baroque period in Australia and her voice, has been described as having ‘silvery beauty’.

In all her solos she shone like a bright star in the East, allowing us to go on a journey into her heart. Australian born Countertenor, David Hansen, whose musical gifts and ingenuity have given him an international musical niche path to follow, lent his considerable and renowned sensitivity to his solos.

Hansen’s very special, pure toned mesmerizing voice ensured that the sweet sounds and words he was singing reached high to caress the angels waiting for us at the doors to heaven.

When he sang ‘Thou art gone up on high’ we were all up there with him, when he superbly sang Then shall be brought to pass we were convinced. When he sang about that condemned man of sorrows who was well acquainted with pain and grief, we were too.

Handel’s solos were a combination of recitative and aria that enthralled, intrigued, entranced and enriched those present. David Hansen reached into the depths of our souls. Tenor Paul McMahon, who is highly regarded for his renditions of Baroque repertoire, sang with great depth of feeling, as he illustrated the majesty of God. His duet with Hansen ‘O Death, where is thy sting? was indeed compelling. Bass Baritone Matthew Brook sang with a great and moving passion. His body moved too not only in rhythm with the music, but also with the power of the words he was singing.

He was entirely thrilling to listen to, singing with bounteous energy, clearly and with great purpose allowing us to deeply feel his compassion.

Why Do the Nations, a bravura bass aria composed at a time when they were carefully structured and characterized by their subject, whether dignified, grand or sublime, was indeed superbly sung by Brook.

When he delivered…behold, I tell you a mystery, we all believed.

The MSO Chorus knocked our socks off with an absolutely splendid Hallelujah Chorus.

They sang as one voice, ensuring that everyone rose to their feet spontaneously and with respect.

This tradition started with George 1 of England and has evolved over a long period time.

Standing together to hear it sung is a wonderful moment we can share collectively.

Standing for the Hallelujah Choirs is about offering respect, not only for the genius who composed the music and the singers and players giving it their all, but above all for the power of humanity to heal, to learn, to love and to forgive.

It is really nothing to do with religion. It’s all about respecting self, and each other. Sculptor Michelangelo's Jesus, The Messiah and Light of the World

Handel’s heaven isn’t necessarily a Christian one even if he was very good at convincing us it could be.

It’s all about embracing the ideas of love and forgiveness and the real power of love; it’s about us being in touch with  our beliefs and emotions.

If we allow them to hear the message we can and will bring our world cultures together, so that we can all share and plan a joyous future.

The music and ideas that surround The Messiah transcend time and place and teach us that humanity can and will prevail if we learn to respect and honour each other first.

The true message of The Messiah is about the energising power of hope, which is why it still rings true today.

During the first half the sense that the choir was singing with one voice became a little lost at times, with the exception of that great chorus For unto us a child is born…. about the Prince of Peace. Its words were taken from that most beautiful of all gospel’s of the Old Testament Isaiah 9:6.

For a great deal of the first half a small number of singers were sounding out over the top of their colleagues, fully revealing the frailty of their humanity. During the second half they settled gloriously and were, as any excellent choir should, listening to each other so they could remain tunefully together.

When they did they gained that sublime quality of sound that delivers Handel’s sacred song message with great purity and purpose, ensuring it will continue to resonate for a long time.

The MSO’s Messiah 2013 was truly a metaphor for the value of us all singing in tune together.

If we do sing not only in tune but also with a sense of purpose, then we can be assured we will all help to give birth to greatness.

…for the mouth of the Lord hath spoken it.

Last week, on May 9th Ottavio Missoni, co-founder of the instantly recognisable Italian fashion label, Missoni, passed away. He was 92 years of age. Since 1953 Missoni has been a major player in the fashion world, first with it’s knitwear, then in later branching into perfume, home wares and even…