Where do we go from here? artist photographer Chen Wei seems to be saying in a world in which nothing is certain - Image courtesy artist and Head On Photo Foundation

Eight hundred people recently gathered to celebrate the prize winners for the Head On Photo Festival 2014 at Paddington Town Hall, Sydney. The evening showcased some 200 entries and the Portrait Prize, Landscape Prize and Mobile Prize Finalists, as well as exhibitions by such internationally renowned photographers as Benjamin Lowy and Chris Rainier.

The list of exhibitions is massive, being held at many iconic Sydney galleries, including some incredible spaces such as the old Paddington Reservoir.

The Genesis Project is one show, which as I understand from a photographer colleague is very inspiring. Apparently some nineteen prominent photographers delved into their archives to find the image that first made them think, “that’s it!”

Each photographer has exhibited their seminal image together with an image for which they are renowned. The evolution of photography happened gradually through a series of inventions that led ultimately to what we generally know as photography: the ability to capture an image in real time and imprint it onto paper for posterity.

Portraits throughout history have documented a moment in time for the sitter, whose lives have made a difference to many others.

They can be confronting, challenging, captivating as well as creative face-to-face experiences, offering a viewpoint of individual lives, admirable and otherwise.

The Head on Portrait Prize for 2014 was awarded to Sydney photographer Joe Wigdahl for his extraordinary portrait of ‘Family Loss’.

This image of the ‘laying on of hands’ has huge historical significance in the evolution of our sacred and secular worlds in many countries, cultures and traditions. It’s a ritual that is both symbolic and formal.

Laying on hands is all about invoking the spirit to summon the divine to either intervene, to change an outcome or, to give a blessing as an individual leaves on a journey.

This is a very poignant moment in time, which was taken as a young girl nearly on the verge of adulthood lay dying. Her family and friends had gathered to ‘lay hands’ on her, so that she would know she was loved. She left this life shortly afterwards. Richard Wainwright: Life and a suitcase courtesy Artist and Head On Photo Foundation

What is the test of a great portrait – is it about the power of the artist to enter the sitter’s emotions and convey their feelings so we might experience empathy?

If that is the case then the entrants this year must have posed a hard choice for the judges, especially when you also view the photograph awarded second prize, “Life and a Suitcase’.

This one really got to me.

Richard Wainwright  portrays a family of four, a snapshot seemingly taken in an Eastern clime, where standing on what surely must be one of their most prized possessions a wonderful rug, the family have packed their belongings into one suitcase ready to leave their homeland forever.

The text says ““We fled Syria across the border into Jordan and could only carry this suitcase with a few clothes and food for the baby. It was cold and dangerous, I cannot explain how awful it’s been for the children”

Zeena, 26 and her family struggle to survive in Amman after fleeing Homs following the destruction of their house and bakery.

This is gut wrenching stuff and really highlights the plight of people seeking what we in Australia today often take for granted; security for our loved ones, a happy place to be, a place where we can continue to honour our ancestors and a place where we can enjoy the fruits of our labours and the sort of freedoms each and every one of us as a human being is entitled to expect. James Horan: Kids gather with their ponies in the square at the Smithfield Horse Market, Dublin, Ireland 2009, courtesy Artist and Head On Photo Foundation

A photograph is life, frozen in time it is preserved for eternity as a fleeting moment. It really conveys in a way no words can a still sense of purpose.

It can also isolate truth, expose the realities of our time and offer us a totally different perspective on life and art.

The Head On Foundation is all about advancing photography as a popular art form and to support photographers from all genres through its exhibitions. Nick Hannes: Cairo, Egypt Blank advertisement billboards along the highway in 6th of October City, a satellite city of Cairo, Egypt, 2012. From the series 'The Continuity of Man', a portrait of the Mediterranean region courtesy Artist and Head On Photo Foundation

The Landscape Prize Winner this year produced another powerful ‘eastern’ image of Egypt, not one of the glamorous kind we all want to see, the pyramids, the extraordinary tombs in the Valley of the Kings or any of the incredible monuments of antiquity and the treasures that have been unearthed.

No instead, it’s a dramatic scene of Blank advertisement billboards set alongside a highway leading to a satellite city in a monotonous pattern, perhaps describing the daily life of the inhabitants.

It is about how the identity, history, culture, creativity and diversity of the people of Egypt is in a constant state of flux, poised as it is on the edge of embracing western traditions that for many seems to be a glamorous way of living.

However just as many of its people still reject both change and other cultures, it reflects how for them all that outcome is still uncertain, the future not yet clear, that there is a lot of self doubt and fear, which until it is resolved won’t enable anyone to prosper.

Photography is such a fascinating medium, one I have always particularly enjoyed since I was a child.  We would say that it has many uses for business, science, art, and pleasure. It also requires considerable skill in managing the technology itself these days, especially if the objective is to produce an image as an art form. Clare Bardsley-Smith: Boy vs Wild Taken during a large storm at Coogee Beach. The boys were fearless, braving the huge waves and diving off one of the large rocks into the surrounding rock pool courtesy Artist and Head On Photo Foundation

I loved that the Head On Foundation handed out a Mobile Prize Award, embracing technology of the contemporary age. They are preserving traditions while also moving on, which is very inspiring.

The fabulous image of Boy vs Wild caught during a large storm at Coogee Beach is a powerful one. As I am from Coogee, born in the Coogee Bay Road Private Hospital, living all of my formative years a few hundred yards up the hill from the beach on which I spent a great portion of my life from birth to 20 years of age, I plugged right into this one.

I remember storms like this one only too well. Just as in days of yore, the boys featured are fearlessly braving the huge waves. Diving off the large rocks at the north end of the beach into the surrounding rock pool was a dangerous activity that many people down through the ages have been involved in, wise or not, for a very long time. Did it myself during my teens.

I must say I marvelled at this image, such a stunning composition, in terms of shapes and forms, superbly shot with an artist’s eye, a shot of the moment captured for all eternity.

An interview online with the artist reveals she noted ‘From my own perspective, mobile photography has afforded me the luxury of candid moments hard to achieve with a large heavy DSLR, an ability to edit in any location real time and post immediately for feedback from a community of like-minded talented photographers, who I really admire. They say the best camera is the one you have with you; well maybe that’s the one in your pocket!

Photographs are either captured with a fleeting moment to think about, or reflect on their truth or, thought about deliberately, then chosen and constructed carefully to invite and provoke a response Drawing with light, either day or night,  is a wonderful definition of the word photography, which comes from the French photographie in its turn derived from the Greek words for light and to draw. Painting with Light is an activity anyone can get involved in, especially with renowned Australian photographer Peter Solness, who is teaching classes and has used statuary and staircases in Centennial Parklands at Sydney to great effect.

For the second time he has been awarded the Parliament of NSW Landscape Photography Prize, this time with this epic photo from Centennial Park. Mastering reflection was the first step toward an image making revolution that began with the development of the mirror in antiquity and climaxed with William Henry Fox Talbot (1800 – 1877)  and the triumph of the invention of photography.

The idea for capturing the moment on film had grown out of the quest for rendering architecture in perspective during the Renaissance era in Italy.

It’s understanding would have a profound effect on men of learning all over Europe and in England over the next few centuries and we seldom realise the extent to which it has influenced our own social and cultural growth. For years during the twentieth century since photographers started to make people sit up and take notice of their work too, the controversy about what constitutes art, particularly in terms of photography.

Many have questioned if a photographic work met the definitions and purposes of art, but if you take a pointer from the Pop Art Prince Andy Warhol (1928-1987) who offered his age a unique insight into the reality of their perceptions, then you would have to agree it is.

Today most art institutions would also agree as they are showcasing photography much more frequently than ever before.

Art is all about experience, study, observation and learning. It illustrates our world through skill, cunning, artifice and craft, expressing and generating feelings of chaos, emptiness and loneliness as well as being inspiring and motivating, helping our spontaneity through romantic notions that are certainly not about reality, but about what we need or want.

Photographs are often mighty, memorable and monumental, sometimes humble, now and then reverent, or irreverent and occasionally macabre, but they never fail to draw my attention. 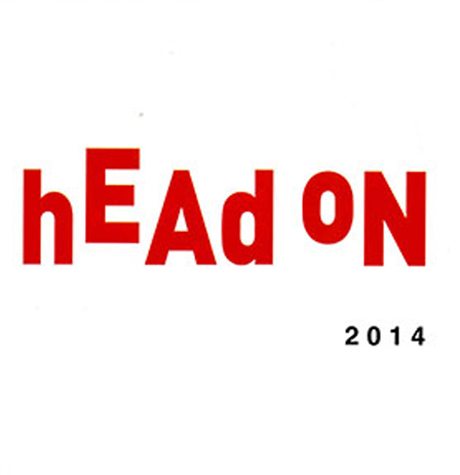 Parliament of NSW Prize: Peter Solness: this year, with the generous support of the NSW Parliament and Desane Group Holdings Ltd, an additional category was introduced for NSW Landscapes to complement the other 3 prizes with a $5000 prize for a NSW winner.