They were powerfully presented in a performance dedicated to the former Governor of Tasmania, His Excellency Peter Underwood AC.

How pleased he would have been with the second night’s program of superlative sounds.

He had championed the idea and founding of a Baroque music festival in his state and while Hobart Baroque maybe history, Brisbane Baroque seems set to stay.

Following on from the success of Handel’s opera Faramondo on the first night of Brisbane Baroque, Saturday evening’s stunning commemorative Heavenly Handel concert exceeded the boundaries of performance excellence, ensuring the festival’s future.

Baroque music is always a joyous experience and this was no exception. Everyone was transported to another realm entirely, one where all the angels are singing on high and they could if even for only a little while, forget their troubles and immerse themselves entirely in its grace and beauty. 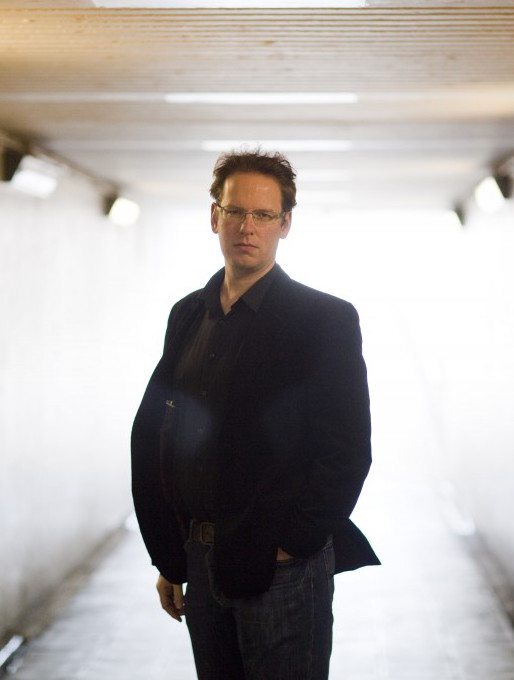 The Queensland Symphony Orchestra for Brisbane Baroque supported a trio of amazing soloists, plus the much renowned youthful Brisbane based singing group Australian Voices, prepared brilliantly by Gordon Hamilton.

ABC Classic FM according to the Brisbane Baroque website, ran a national poll to establish Australia’s favourite Baroque composer. Handel it seems won hands down and after last night’s surfeit of supreme superlative, and sometimes sublime sounds, we now know why.

Heavenly Handel was made even more so by the superb playing of the 20 person strong string section of the Queensland Symphony Orchestra. ‘They are as smooth as silk’ commented our neighbour at interval and my companion and I had to agree.

As with most people he had a permanent smile on his face for the whole evening, thoroughly enjoying the choice of music being presented, a truly splendid mixture of sacred and secular music of the Baroque kind. At times there were up to 36 players on stage.

The French Horns when they appeared in concert with a trio of splendid oboes and two bassoon players added a tremendous layer of richness that resonated in our hearts and ensured that Handel was truly our hero for the night.

The very best of Handel ended in an unexpected explosion of Royal and very real fireworks, garnering a standing ovation, followed by what could only be the very best Handel encore imaginable – The Hallelujah Chorus from The Messiah. Where does one begin when explaining the Handel phenomenon? It’s extraordinary to think that after all this time, the man who was one of the most prolific composers in musical history, has ensured through his approach to his life’s work, that many are still in raptures with the symphony of sounds he produced. Handel House in Halle, Germany – revealing the life of Handel, including his portrait nearby his pianoforte

German born, Handel certainly picked his moment, moving to London in 1710 from his house in Halle, Germany now a museum, when the economic markets were booming due to extensive overseas trade with both east and west.

The rapidly expanding merchant and new business end of town in London had broken the monopoly over the music scene that up until that time had been mainly a prerogative of the aristocracy. Concerts were now becoming more readily available to a whole new generation who were also aspiring to be ‘top people’.

Rival musical factions arose, those who supported Handel and those who supported Giovanni Bononcini (1670-1747), setting the scene and establishing the climate for a healthy competition in terms of composition to exist with the ever-expanding bourgeoisie who willingly cheered their champions on.

Programming is everything really and artistic director of Brisbane Baroque Leo Schofield certainly nailed it.

Appearing like a shining star above us on the organ podium high up above the hall, the lovely Sydney soprano Alexandra Oomens started the evening  by sweetly singing … ye unto the Lord from Israel in Egypt. Waft her Angels, Jeptha was the next offering by the stage bound youthful lyrical tenor Ian Henderson, resoundingly telling us a tale from the Bible with great clarity, one of the last works Handel wrote as his eyesight faded.

The stunning Mezzo Soprano Anna Dowsley arrived and she certainly took the audience by storm as she superbly sang ‘sound an alarm from Judas Maccabaeus and the Scherza infida from Ariodante.

Wow! Here was a voice we thought – absolutely glorious in ever register, tonally rich, wonderfully warm and mellow for someone so young – true knock your socks right off stuff!

Then it was the orchestras turn weaving their magic with Handel’s majestic and much beloved Water Music Suite in F major (excerpts).

Refined, sophisticated and played with absolute precision, they made it appear all brand new.

Gooch has such energy and a brilliance of style when conducting; he has an ability to gather all the players unto himself effortlessly, seamlessly, ensuring the best performance possible. After brilliantly winning Opera Australia Foundation’s Vienna State award she has been living and singing in that glorious place where classical music is integral to life itself.

Here was a voice that as it warmed up during the evening developed literally before our eyes into one of great presence, including that additional layer of je ne sais quois or the ‘wow factor’ that makes it outstanding

Together with our magnificent mezzo for the final aria on the before interval program they became the dynamic duo as they sang As From The Power Of Sacred Lays from Ode to St. Cecilia’s Day.

This is a magic work sublimely performed sending us out for refreshment in thoughtful and inspirational style. These two we later learned were at music school together and their bond and rapport was a joy to behold.

Returning to enjoy the simply splendid orchestral rendition of Handel’s stunning Coronation Anthem: Zadok the Priest was for this old girl a special moment. Although I would have personally preferred for it to start even more softly than it did.

Was wishing they had employed Richard Tognetti’s rare tactic of turning the lights down and putting the audience in the dark to begin.

Have loved this piece of music ever since I first heard it at primary school. I luckily had a fourth class teacher who hailed from England and was a huge Handel, well classical music fan really. Often on Friday’s she would bring along her ‘Handel records’ and play them for us. I remember when I first heard this piece of music played at every coronation of an English monarch since Handel composed it for George II in 1727.

I was hooked from the start. Starting the instrumental softly is about putting everyone in a sacred and serious mood as the monarch enters the abbey.

Then as his procession starts you can feel the tension mounting ever so slowly as it proceeds slowly down the full length of the nave to arrive finally at the altar. This is where they are to be crowned in stunning style to sounds of rejoicing and trumpets blazing.

This is a work of both grandeur and majesty played superbly by the orchestra. When the Australian voices joined in they sang the wonderful words from the texts taken from the King James Bible so brilliantly it made you ache all over.

This was sublime music blending both voices and instruments together in a potent musical statement of profound dignity and sheer exuberance. Bryony Dwyer in that dress, a glorious confection much like her singing… courtesy artist

Henderson then returned for Where ere you walk from Semele followed by a duet with Dwyer looking absolutely gorgeous in a stunning gown that looked like it had just been purchased in Paris.

You could feel the ladies in the audience respond as a murmur momentarily went around the concert hall. It was a dress of dreams.

She sublimely sang Tornami a vagheggiar from Alcina followed by the stunning As steals the morn from L’Allegro, il Penseroso ed il Moderato. Stunning We all had a short pause in proceedings as we joined into the mood of the splendid Arrival of the Queen of Sheba from Solomon, the orchestra enjoying playing it as much as we did listening to it.

Back to the stage then swept our marvellous and magical mezzo to sing one of my favourite Handel works, Ombra mai fu from Serse.

This was my point of feeling as if I had died and gone to heaven where all the angels were singing.

Then followed the Venti turbini from Rinaldo. Now here was an unexpected highlight of the evening. The trumpet playing of Sarah Butler blew our minds.

Never have I heard such perfection as she stunningly echoed the words being sung by our songbird. The overture from the Music for the Royal Fireworks and the glories of the Hallelujah Chorus overlaid by a cascade of silver stars raining down on us from on high as if were at the ‘last night of the Proms’ sent us all out into the most beautiful autumn night with smiles on our faces and hope in our hearts.

Christian Dior: Designer of Dreams the exhibition will present a collection of 500 objects+ when it goes on display at V&A Museum, London, Feb 2 – July 14, 2019