Founders in 2013 of the festival Hobart Baroque, which showcases wonderful music of the 17th and 18th centuries, business partners Artistic Director Leo Schofield AM and Executive Director Jarrod Carland are going for B’roque at Hobart town, Tasmania in 2014.

Premier Lara Giddings, the Government of Tasmania and clever business leaders are lending their support and enthusiasm to a unique Australian festival of music that celebrates the emotions and beauty associated with our humanity.

Hobart Baroque 2014 was launched on Tuesday 12th November by the Tasmanian Premier at the Theatre Royal, the theatre dubbed by renowned 20th century British performer Noel Coward (1899-1973) as “a dream of a theatre”. It will take place from the 28th March to 5th April 2014.

The Theatre Royal in Hobart is Australia’s oldest working performance spaces and one of its most beautiful architectural treasures.

Carland noted, “With its superb array of historic buildings and compact scale, Hobart is in many ways the perfect city for a highly focused festival of this nature” he said.

Bravo will be sure to be everyone’s shout of tribute to Artistic Director Leo Schofield genius, when they examine the imaginative innovative program he announced, which offers a wonderful array of unique events for this festival that is one of a kind.

As a fabulous first, Hobart Baroque will accommodate accessibility for students and newcomers to the world of early music.

Five exceptionally talented young Tasmanian soloists and ensembles will perform five recitals for $5 a ticket at 5 pm every day from Monday to Friday during the festival.

What a great initiative. 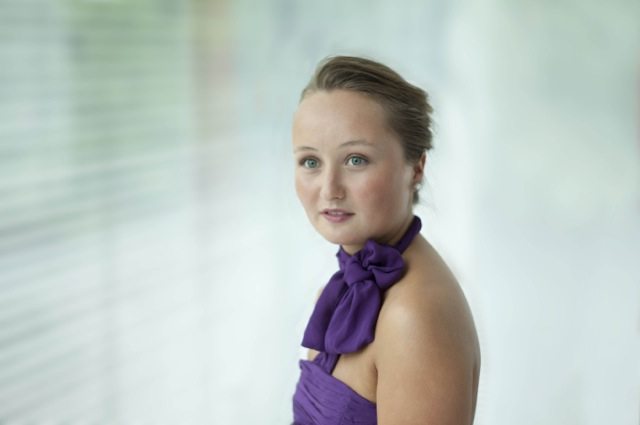 Featuring in recital with the Tasmanian Symphony Orchestra will be a splendid 23-year-old coloratura soprano, who is currently lighting up the world stage, Russian born Julia Lezhneva.

Lezhneva came to the attention of International reviewers and critics when she was just 17, winning the Grand Prix at the 6th Elena Obraztsova International Competition for Opera Singers at St Petersburg.

“From time to time a really outstanding talent appears and I believe that Julia Lezhneva is just that. The brilliance of her voice and technique are extremely impressive” was the testimony given by world famous soprano Dame Kiri Te Kanawa upon hearing her perform.

The Class of ’85, will be huge, featuring works by a famous trio of the world’s greatest European composers of the Baroque era, who were all born in 1685. They are German giant, Johann Sebastian Bach (March), whose music is renowned because of its ‘intellectual depth, technical command, and artistic beauty. Then there is German born London based Georg Frideric Handel (October) and his robust heroic works, as well as the beauty and brilliance of the works of Italian composer Domenico Scarlatti (October), who came from a musical family.

The star turn of the festival will be hard to determine based on the exciting list of performers and the many and varied productions on offer. Although for me it will most likely be stage director Chas Rader-Shieber’s powerhouse production of composer Georg Friderich Handel’s wonderful opera seria (serious opera) in three acts, Orlando.

This dramatic moral tale of love based on Ludovico Ariosto’s inspirational and motivational poem ‘Orlando Furioso’, was first performed in London in 1733.

It is a ‘witty parody’ of romantic chivalric legend.

This ‘enchanting production’ will be presented in association with the Glimmerglass Festival of New York. It features a bevvy of exciting imported singers who will be expertly guided by Hobart Baroque’s versatile Music Director Erin Helyard. He is busy currently conducting last year’s star turn at Hobart Baroque David Hansen as Giasone, for the 2013 December production for the Pinchgut Opera, Sydney

Anthony Tommasini of the New York Times described the Glimmerlass Orlando production, held in New York, as being contemporary, fanciful and true to the spirit of Handel’s much loved work.

Helyard will also conduct the awesome Orchestra of the Antipodes, who play on original instruments, to accompany the equally awesome Bad Guy, Barcelona-born countertenor Xavier Sabatao.

He makes his Australian debut in recital offering songs from his latest CD ‘an album of arias Handel wrote for some of the nastier characters in his operas has had critics scrambling for superlatives’.

J’adore the idea of keyboard virtuosos Erin Helyard and Donald Nicolson alternating a selection of the best-known and best-loved sonatas by Domenico Scarlatti, each a miniature musical masterpiece in itself. Duelling Harpsichords will indeed be a special event, as will ‘An Ottoman Banquet’, an evening of exotic music and food to be held at Hobart’s star turn and controversial museum of art MONA.

Australia’s most innovative, exciting early music ensemble, Latitude 37, returns to Hobart Baroque after a triumphant turn this year to feature in this unique collaboration.

This exceptional program will be followed by an Ottoman Banquet especially created by the Museum of Old and New Art MONA’s renowned team of chefs.

Supper is included and numbers strictly limited to just 200 guests, so you will need to be quick to book your seats.

Over the months ahead leading up to the festival we will examine in detail aspects of a program that will provide the locals and national and international visitors to Tasmania, a great opportunity to experience musical masterpieces ‘as the composer himself would have heard them’.

It’s wonderful to see the Government and major sponsors coming to terms with the value of supporting great arts and cultural events, in terms of boosting not only local economies but also nationally. They contribute greatly to our well being as well as social and cultural development.

“As this event grows in scale and importance, as it surely must, and attracts larger audiences and even more musicians of the highest calibre, local and international, other magnificent heritage buildings, houses and churches will be drafted as performances venues. The concept of early music in early buildings is rock solid and the stock of possible sites, in Tasmania, almost inexhaustible.” The Theatre Royal’s architectural style is just perfect for resonating productions of fine music, that have as their basis, ideas of beauty that emerged first in classical antiquity.

The ‘Baroque’ style of music was born centuries before it happened, when in Europe a rebirth of culture was required to convert a ‘dreamy-religious world’ into a creative, life saving and life giving world. It was all about championing new ideas of nationalism and universal culture.

Today those aims are pertinent to our own time, as we embrace the challenges of the global economy and culture, which has come to pass

The term Baroque, which means ‘misshapen pearl’, may have meant to be a derogatory term at the time of its inception during the 19th century, because the architectural style it was denigrating was considered a mish-mash of earlier ‘correct’ classical styles.

Baroque music however, like the architectural style its named for has abundance, without confusion. It offers a choice of many fashionable facades, the beauty and joy of progression and recession in musical movement and, in its hidden depths we can individually and collectively explore the spirit and soul. Tasmania is a very special place, and Hobart a picturesque city that, in the main, ‘remains undiscovered by the majority of Australians.

If you haven’t yet been to Australia’s truly beautiful island state then the festival provides a perfect excuse to do so, as well as a wonderful opportunity to not only explore its historical streets, special places and byways, but also most importantly, to enjoy a wonderful suite of rich musical experiences.

Hobart Baroque 2014 will be showcasing emerging young Australian talent and featuring rare pearls of productions, offering all who attend a truly international level of excellence.

Leo Schofield completed his launch speech by saying “I’ll conclude by reiterating that Jarrod and I are on a mission to present Tasmania as a small Island with big ideas. Hobart Baroque is one of them”