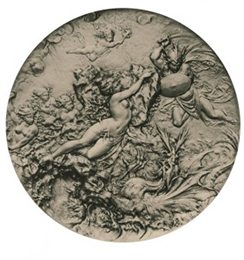 A legend throughout the centuries has generally understood to be an illustrative story designed to convey a profound spiritual truth in an attempt to explain the inexplicable. Imagery over a long period of time became a metaphor for tales of love, life and morality. Italian writer Ludovico Ariosto published his epic poem Orlando furioso in 1516 about Angelica a pagan princess wrongly accused by the cowardice of others. Angelica was a very busy girl, especially during the sixteenth century when her image and story was represented in many works of art.  In Europe from the Renaissance period onward the original story was revived using as a source the works of Roman poet Ovid (43 BC – AD 17/18), who is a most important origin for tales from classical mythology. 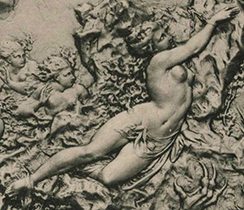 Poor Angelica, she was chained naked to a rock in the sea as a sacrifice to the monstrous sea creature Orc, and was rescued by a valiant African knight Ruggiero (Roger). However he wasn’t really a knight in shining armour, as many today would like, but a man doing a good deed without seeking a personal reward. One of the most valuable paintings of her today in Australia is “a canvas by the great French artist Eugène Delacroix, a Romantic painter who had a profound influence on the French Impressionist painters of the late nineteenth century. “The subject of Angelica comforting the wounded Medoro is taken from the great 16th century epic poem Orlando Furioso by the Renaissance poet, Ludovico Ariosto,” said Leo Schofield, when announcing the Art Gallery of NSW had lent this work valued at some five million dollars to go on show during the Hobart Baroque festival 2014 at the Tasmanian Museum and Art Gallery. “It is the very same work that inspired Handel to write his opera Orlando, so it has a very special reference to the centrepiece of this year’s Hobart Baroque.” The painting will be unveiled jointly by the Governor of Tasmania, The Honourable Peter Underwood AC and the Governor of New South Wales, Her Excellency Professor The Honourable Marie Bashir AC CVO, and will be on display at the Opening Night party at Tasmanian Museum and Art Gallery following the first performance of Orlando on Friday 28 March – Saturday 5 April 2014. 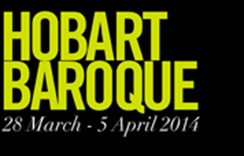 Hobart Baroque will stage four performances of Orlando at the Theatre Royal Hobart between 28 March and 4 April. The production  comes from the Glimmerglass Festival in New York and has also been staged at the Lincoln Centre in New York in NYC to rave reviews.