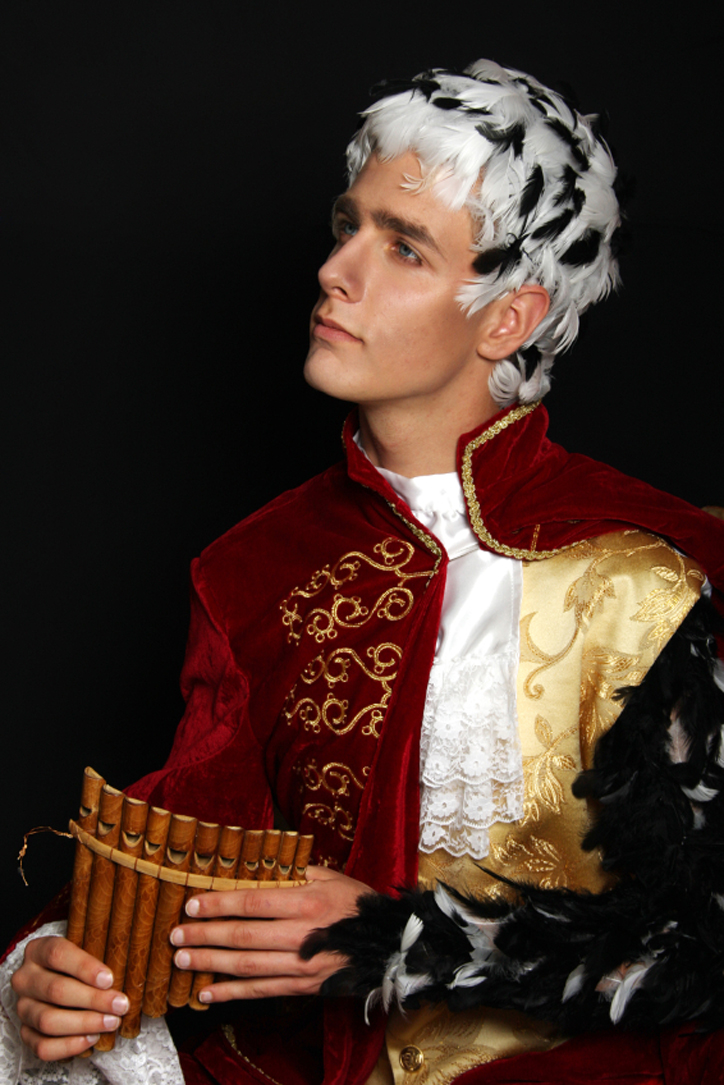 There are many images of our world in our minds that are truly incomplete without music.

Each generation is able to testify to, and identify with music as one of the great social and cultural markers of their age, reflecting what’s cool, and what’s in or out of favour.

Classic music is all about renowned excellence.

In Tasmania this autumn the Hobart Baroque Music Festival, which is solely dedicated to performance of ‘classic’ music of the late seventeenth and early 18th centuries, will present a feast of sounds to nurture the heart, mind and soul. This unique musical festival enjoyed great debut success in 2013 igniting the public, the sponsors and the government’s imagination.

Sponsored by the Tasmanian government this year’s festival is about aiding the growth and appreciation for the performance arts in Tasmania, as well as animating societal and cultural development in a positive way.

Artistic Director Leo Schofield and Executive Director Jarrod Carland and their splendid team of musicians are seeking to win new audiences over to the ideas, inspirations and insights of the exhilarating Baroque ‘music of friends’.

There is an an exceptional range of choices from a fully staged performance of Orlando, an operatic masterpiece, to a rare performance of early music from the Ottoman Empire followed by a sumptuous banquet. Having fun with friends while rocking out to very special music played by emerging artist musicians, is the aim of the 5 x 5 x 5 @ 5 Program.

Making music accessible today for everyone is a challenge and Artistic Director Leo Schofield believes this series is an important aspect of the mix.

It is also about showcasing the particular talents of some very fine, promising young performers.

Recitals will be held over five days at 5pm in Hobart’s Town Hall.

There are no bookings, the only requirement is to turn up clutching $5. Leo Schofield said recently

“When I survey the audiences at classical concerts I am acutely aware of a sea of grey hair or, in my case, white. There are many barriers to young people coming to classical concerts.  One audience excludes another. The young think classical music is ‘uncool’.  That’s mindset is hard to change given massive peer group pressure and the universal acceptance of ear buds, which offers a greater range of possibilities via telephony and makes choice of music more personal. But price may be another barrier. I think the 5 x 5 x 5 @ 5 series sounds groovy and catchy and may induce a younger audience to at least, in true Aussie style, give it a go. I will be looking for mullets, dreads, skulls and mohawks at head level. If the series takes off there will be more of these short sweet recitals. If it doesn’t, then we will know that the barriers of length, formality and price are not to blame.” he said.

They will bring a fresh young approach to a captivating selection of sonatas.

He is presenting a superb program of arias and songs including works by England’s Henry Purcell (1659-1695), the German born London based stand alone genius considered by many to be one of the stand out composers of the Baroque period and perhaps the greatest of English composers.

His earliest surviving compositions date from 1680. His theatre music, in particular, made his name familiar to many who knew nothing of his church music or the songs he wrote for the court.

One of the most important musical developments in Restoration London was the gradual establishment of regular public concert.

Purcell’s opera Fairy Queen was a brilliant adaptation of Will Shakespeare’s sublime wedding comedy, A Midsummer Night’s Dream and one of the most spectacular productions of the 17th century in England. Handel took London by storm and captivated the King and his court with the magic of his ‘firework’ music.

Mozart, well what more can we say about the man who didn’t ever lose his ‘magic’ touch or the child within. A notable feature of Mozart’s music is the way in which he was able to write for a range of skill-sets to combine voices of great virtuosity with those of what are essentially comic actors creating a satisfying result.

Wednesday pianist Jennifer Marten-Smith the youngest graduate of the Tasmanian Conservatorium of Music will present the Goldberg Variations, a wonderful work composed by Johann Sebastian Bach for harpsichord.

He is considered today as one of the most accomplished of all the musicians of the Baroque era, his music speaking to generations of people over the centuries with increasing power.

Thursday will see a Epsom Brass playing with the Town Hall’s mighty organ and other instruments, in a program of stirring music.

He will provide a rousing finish with familiar, and perhaps not so familiar works for organ by Johan Sebastian Bach and George Frideric Handel.

We express culture in many different ways; the stories we share, the way we live, the language we speak, the songs we sing, the instruments we play and how we relate to each other including those outside our immediate circle.

Performance artists with a sense of daring, imagination, a passionate pursuit of excellence and a real willingness to share their creative gifts embolden us all.

In the past musicians and singers have profoundly shaped and uplifted Australian society and will continue to do so in the foreseeable future.

Partners for this exciting enterprise, Leo Schofield and Jarrod Carland have poured their hearts, minds and souls into the festival’s programming and it shows.

They are certainly ensuring the public receives a stunning social dividend.

The five recitals for this special event program at Hobart Baroque music festival held at 5pm over five days for $5 are unique and rich in Australian identity.

These ultimately cool ‘hot concerts’, costing about the price of a bag of hot chips, are sure to provide lasting impressions of the Baroque and of Hobart.

It is after all a jewel on the Derwent and Australia’s other great harbour city on the island of Tasmania, the smallest state of Australia, which embraces big ideas. French Chef Francois Massialot was Cuisinier Royal at the court of Louis XIV (1638 – 1715). He set a standard for dining throughout Europe from 1698 when he used flowers to decorate the dessert remove following a great dinner. Other descriptions of flowers decorating the dessert at Versailles include one…