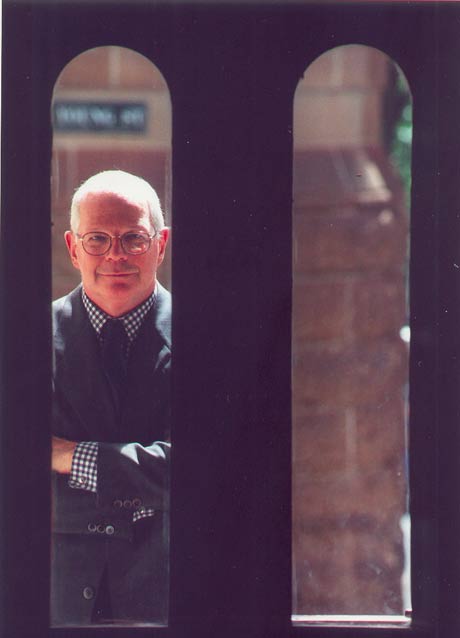 Arts festival director Leo Schofield’s experiences over many years in the international creative world at large should prove to be a powerful driving force behind the success of Hobart Baroque, an all-new cultural event exclusive to Tasmania, celebrating music of the 17th and 18th centuries to be held from April 12 – 20, 2013.

To date there has not been a festival of music in Australia dedicated specifically to European compositions of the 17th and 18th centuries in the ‘early music’, or so-called Baroque style. All that is about to change, and wonderfully in tune with both its original philosophical and intellectual intent. It’s all thanks to Schofield, who is passionate about beauty, early music and the ongoing success of this lovely island state, having lived there for many years both full and part time.

Hobart, with its tranquility and elegance, is already a ‘treasure island’ and now is the perfect choice of a city in Australia where many will be able to enjoy the intimacy of the music of friends. Its wonderful waterfront area is dotted with finely conserved historic harmonious buildings, where the equally beautiful early music to be featured will linger long and resonate royally.

The Premier of Tasmania, Lara Giddings, said: “Hobart is honoured to be playing host to the first opera presentation from the internationally famous Royal Opera House, Covent Garden at London. Hobart Baroque is the only classical music event specifically dedicated to early music, yet another unique reason for tourists to visit this historic capital.” 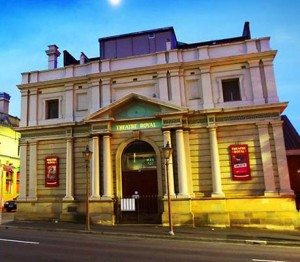 The Theatre Royal at Hobart, once described by English actor Laurence Olivier as a ‘Georgian Jewel’ when he played there in School for Scandal for the Old Vic in 1948, is the perfect choice for a venue to centre a music festival that champions the current resurgence of interest in ‘early music all over the world. It is the oldest such building in Australia, and certainly one of the oldest surviving early 19th century theatres in the southern hemisphere.

Leo Schofield’s co-producer Jarrod Carland is as excited as he is at the prospect of presenting the premiere of an opera production from the Royal Opera House at London in such a historic place as Hobart.

The Theatre Royal has remarkably been in continuous use since 1834 and its splendid architectural acoustic is the ideal space for enjoying music designed for intimate performance.

The wonderful collaboration with the Royal Opera House (ROH) at London means that some of its finest young singers will travel to the antipodes to perform L’isola disabitata ‘the uninhabited island’ an opera by Joseph Haydn.  It premiered in December 1779, a the Eszterházy court in the Kingdom of Hungary in a right royal residence often referred to as the ‘Hungarian Versailles’. Sir Antonio Pappano, Music Director of the Royal Opera said, “On behalf of everyone here at the Opera House, I’m so thrilled that we’ve been invited to open the festival with L’isola disabitata”. He went on to further say that “This opportunity is extremely important for us to give something back to Australia – a country that has given us so many wonderful artists. I have had the honour of working with many great Australian artists including Dame Joan Sutherland and Sir Charles Mackerras over the years – and it’s wonderful for us to now bring something back” said Sir Antonio.

This performance will be under the direction of Rodula Gaitanon, the orchestra conducted by Oliver Gooch, the production designed by Jamie Vartan and lit well by Simon Corder. All have considerable experience in their respective fields of musical theatre endeavour. 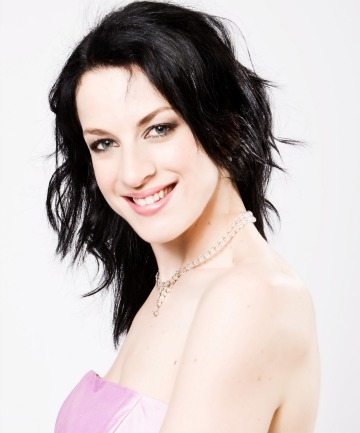 Innovative ideas are always inspiring, but they also need the performances to be the commercial success they need to be in our modern world if the festival is to gain a foundation foothold. The guest list of performers taking part in this ground-breaking festival is indeed impressive.

The cast and crew for L’isola disabitata reflects musical multi-culturalism, the leading singers coming originally from Ireland, New Zealand, and Korea via France, as well as Australia and the U.K.

They include a dynamic foursome – as Costanza, lyric soprano Madeleine Pierard, who was named ‘what’s hot’ by International Opera Now magazine in 2008. 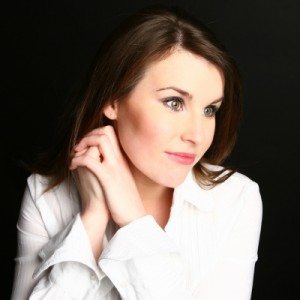 They will both perform with tenor Ed Lyon and baritone Changhan Lim, who both have impressive lists of performances to date.

They will all be sure to sound like ‘four rational people conversing’, which is an analogy to conversation that recurs in many famous ‘early music’ compositions, which was later expressed by composer Giuseppe Verdi in the nineteenth century in his famous quartet in the last act of his opera Rigoletto.

The huge dramatic scene we are drawn into is made all the more powerful by our being aware of the dramatic separate stories of the four principals and the different states of mind they are experiencing. In the end though, it is a perfect metaphor for how humankind has the ability to choose to put aside their differences and come together in crisis to perform in complete harmony. 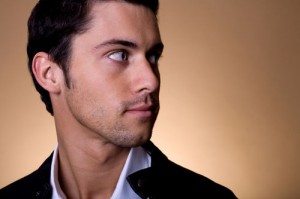 Director of this landmark event from the ROH will be Rodula Gaitanon.

Internationally acclaimed Australian born counter-tenor David Hansen, described by Alex Ross of The New Yorker as …a pure-voiced young Australian, who is typical of a new breed of matinée-idol countertenors’  will perform his only Australian Recital during this festival.

It will conducted by none other than the virtuosic eloquent soloist and inspired conductor Erin Helyard, one of the founding members of the celebrated early music Pinchgut Opera Company at Sydney. 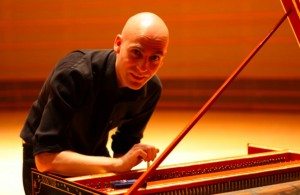 Helyard directed Hansen when he featured in their much acclaimed 2011 production of Griselda.

Hansen has received accolades all over the world since his European debut for the Aix-en-Provence Festival in France  with the music masterpiece Dido and Aeneas by Henry Purcell 1659-1695, who was keeper of the King’s wind instruments and only 18 years of age when appointed organist at Westminster Abbey.

Purcell and his friends enjoyed informal lively sessions of music and conversation in the coffee houses and alehouses of his day. He especially delighted in writing somewhat bawdy songs and rounds for their alehouse sessions. He also composed some of the most well-known and loved music of all time throughout his career. 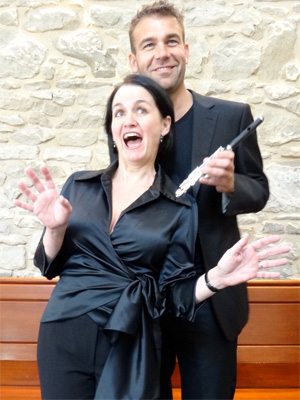 His marvelous music for his opera The Fairy Queen features high on the list of early music works performed by David Hansen, as well as that conducted by Erin Helyard

Tasmanian born Australian soprano Jane Edwards, who receives well-deserved accolades where and whenever she sings, will also appear in a recital of arias by female composers, also conducted by Helyard. She was a long time member of the Song Company, and Lecturer in Voice at Sydney Conservatorium prior to relocating to Tasmania in 2006.

Long will I remember her performance in the production of The Fairy Queen by the Song Company in Sydney in the early 1990’s.

Jane is co-ordinator of classical voice at Sydney Conservatorium of Music and has performed with the Australian Brandenburg Orchestra, Australian Chamber Orchestra and Victorian State Opera among others.

This trio were drawn together by their passion for historically informed performance of 16th, 17th and 18th century music and they made their debut at Melbourne in 2008.

They enjoy, as many music aficionados do, Baroque music’s balanced austerity, which is punctuated now and again with an exciting eccentricity and then is topped off with luscious layers of complexity and striking tonal textures.

There are many images of our world in our minds that are truly incomplete without music. Each generation is able to testify to, and identify with music as one of the great social and cultural markers of their age, reflecting what’s cool or what’s in or out of favour.

This inspired intimate festival promises not only easy early music listening harmony, but also renowned excellence in performance and production, which is synonymous with the festival direction provided by Leo Schofield, whose wonderful career championing the performance and visual arts in Australia is loudly applauded.

Significant support for Hobart Baroque has also come from businessman and philanthropist Graeme Wood A.M., who revolutionized the travel industry in Australia when he created the concept for, and co-founded, Wotif.com in 2000, the perfect place to easily book your ‘last minute’ accommodation for this outstanding event.

The State Government of Tasmania in their wisdom, and with great vision is supporting the project, recognising the festivals great potential for growth as a tourist attraction There will also be two unique one off events entitled MONACELLO and MONAORGANISM to be held at MONA, the Museum of Old and New Art located within the Moorilla winery on the Berriedale peninsula in Hobart, which was opened in 2011.

In this venue they will showcase early music in an ultra modern environment and details about those events will be released at the end of February.

Great art, including music, should always remain an elite exercise for it’s only by aiming at the best that we can attain and scale great heights. Hobart Baroque Director Leo Schofield has stated that ‘whilst initially modest in size, the aim is for this event to become one of the liveliest cultural festivals in Australia’.

The music of each age finds expression in its music, as well as in its cultural and social life. It is the language of the heart and soul and our means of expressing actions and experiences that take place within and without.

In terms of its historical music context, Hobart Baroque certainly has a great deal of scope to expand especially after being founded with such sound aims and a wonderful vision for attaining the highest degree of excellence imaginable.

It will be very well done to be sure.

Every weekend, a long line snakes from Bourke street, around the corner and down Devonshire Street in Surry Hills at Sydney, for good reason. This the home of the original Bourke Street Bakery. Established in 2004, it soon garnered a loyal following, and has gone on to grow into a…