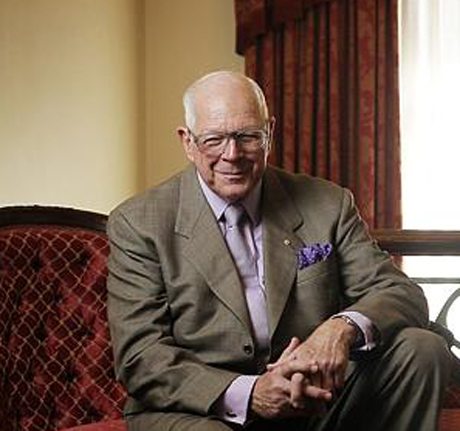 To know that an ‘early music’ festival in Australia could and would boost tourism would be a surprise to many, except for those early music fans, who flocked to that delightful city Hobart on Derwent, for the Hobart Baroque Festival 2014.

What a fabulous experience it was and confirmed Tasmania’s reputation as a growing cultural haven.

I have been waxing lyrical to everyone ever since I returned, including my contacts in Melbourne, Sydney, Brisbane, Adelaide and New Zealand.

Two of Australia’s great entrepreneur’s were in charge of getting the details right and they did. Leo Schofield AM and Jarrod Carland the visionary founders of the festival, have in two short years recorded ‘exceptional results’.

They have not only given the tourism a boost in that lovely place, but also provided a platform of excellence for performance artists that enjoys an international reputation.

The visiting overseas performers involved all had a very positive experience, something that will not go unnoticed on the world music stage.

Over eight and a half thousand tickets were sold. This included Georg Friderich Handel’s stunning opera Orlando, which was the centrepiece of the festival. I was lucky enough to be there for its opening night of fun and fabulous.

Together with ticket sales for concerts with the Tasmanian Symphony Orchestra and the Orchestra of the Antipodes, five evening recitals at the Town Hall and a special event at MONA, where modern and old art sit side by side, this was a phenomenal result.

Everyone in attendance at Russian soprano Julia Lezhneva‘s and countertenor Xavier Sabata‘s outstanding concerts, will long remember them.

In addition, the Hobart Baroque office reports that all five of the special [email protected] late afternoon concerts at the Town Hall, where people came clutching their $5 in hand were sold out too. 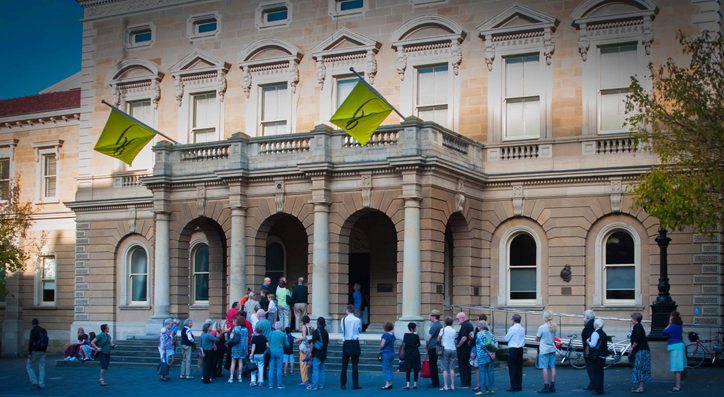 Queue for $5 concerts in the Town Hall at Hobart Baroque, Tasmania 2014

Enthusiastic supporters who stood in queues to attend gave standing ovations for all the local performers who participated.

And the free Masterclass given at Government House, for which tickets were allocated by ballot, was also filled by local music lovers. It was a win win situation for everyone. Playing to enthusiastic cheering audiences in the amazing heritage surrounds of the delightful Theatre Royal, the opera Orlando was an experience many would travel the world to enjoy for themselves. It will live long in my memory.

The wonderful thing though instead of it being in Europe it was in the glorious city on the Derwent, which has its own power and attractions to charm the most seasoned of travellers.

It’s about time travelling Australians started expanding their horizons to include the divine tourist destination, which exists in their own backyard.

An intimate city sited on a deep blue water anchorage, surrounded spectacularly by mountains and full of heritage buildings to die for, Hobart is easy to walk around, and full of friendly people who greet you daily on the street.

There is no doubt that Hobart is a unique and very special place. It abounds in stunning buildings including the licensed State Cinema (1883) in the vibrant North Hobart cultural hub, which has been developed by John Kelly to become the first all digitised cinema in Australia, leading the way for others to follow.

Visitors are known to have flown in from New Zealand and Los Angeles for the Hobart Baroque festival and some 41% of attendees came from outside Tasmania. They all stayed a minimum of three nights and some extended their stay to explore other parts of the state. Print media around the country ran substantial features and reviews that were overwhelmingly positive and the festival had great online exposure as well, featured on many websites and facebook.

ABC Classic FM took Hobart Baroque to a national audience, support that is ongoing with the introduction of an Australia-wide on-air competition to identity the Top 100 most popular pieces of Baroque music.

The promotion runs for the next three months.

Those who love Baroque music, as indeed I do, are not surprised. It’s always so joyous and happy, just perfect for not only a festive occasion, but also to celebrate the many wonders of our age and living life to the full in Australia. Although the story doesn’t stop there.  It’s ongoing and we cannot wait to see the program for 2015.

Am already feeding my money box saving to get ready to go…to Hobart Baroque 2015!