Leo Schofield’s landmark festival Hobart Baroque, held for the first time in 2013 received rave reviews and two coveted Helpmann nominations. This was a ‘unique honour for a new cultural event’ said Executive Director Jarrod Carland, when he released the dates for 2014 well ahead of time so that prospective patrons can ‘plan their visit’. The festival will open Friday, 28 March and run until Saturday, 5 April 2014 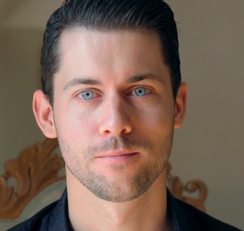 The Theatre Royal where the opera L’Isola Disabitat from the Royal Opera House London and countertenor David Hansen were such a huge success this year, will one again used for a major opera production. The festival will be expanded, with no fewer than ten events in the historic Hobart Town Hall. This should prove ‘to be a perfect venue for intimate baroque performance” Carland said. With the Tasmanian Government now offering more support for a festival it can see will bring visitors passionate about classical music to Hobart, all augurs well for the festival’s future. Hobart is such a lovely a place, and many of its stone buildings, and indeed those scattered all over Tasmania, are based on ‘classical’ principles of design. There will be international headline performers involved and next year an impressive group of young Tasmanian musicians ‘who represent the future of this unique event’ will also play as well as the Tasmanian Symphony Orchestra. 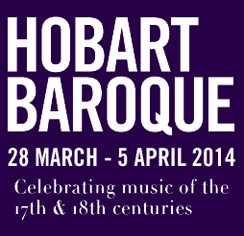 The program is currently being finalised and will be released in November. Priority Bookings will be offered so hop onto their website NOW and Register your interest. Hobart Baroque 2014

If you want to find a fascinating array of antiques or art to tempt or inspire, then you cannot go past the AA&ADA Melbourne Antiques & Art Fair, May 5-8, 2016